With many legendary public figures of bygone eras, their queer identities are often kept in secret until after their deaths, unearthed by biographers or those who know them well. It was only after Whitney Houston tragically passed on that her family and friends would speak on her relationship with Robyn Crawford; a similar scenario befell Luther Vandross, whose homosexuality is a frequent topic of conversation.

Perhaps it’s because these celebrities lived in the open, and with such open secrets, that we feel an ownership over their membership to our queer club; a kinship and an understanding in which we empathize over their inability to be their full selves. The fears and internalized homophobia are a shared sentiment of sorts, even for those of who us who have been able to come out and live our fully-realized queer lives.

I don’t recall how I first learned that John Mahoney was family. Growing up, I regularly watched Frasier with my dad, enjoying Mahoney’s hilarious performance as the sports-loving father to two decidedly-unathletic sons, Frasier and Niles. When I moved to Chicago, Mahoney was a local celebrity of sorts, often playing at the Steppenwolf Theatre. Perhaps it was someone who worked with him there who passed along that he was gay. I never remember it being treated as a secret, especially when his on-screen son, David Hyde Piece, came out. Articles touting how gay the cast of Frasier was and had always been included Mahoney in them. 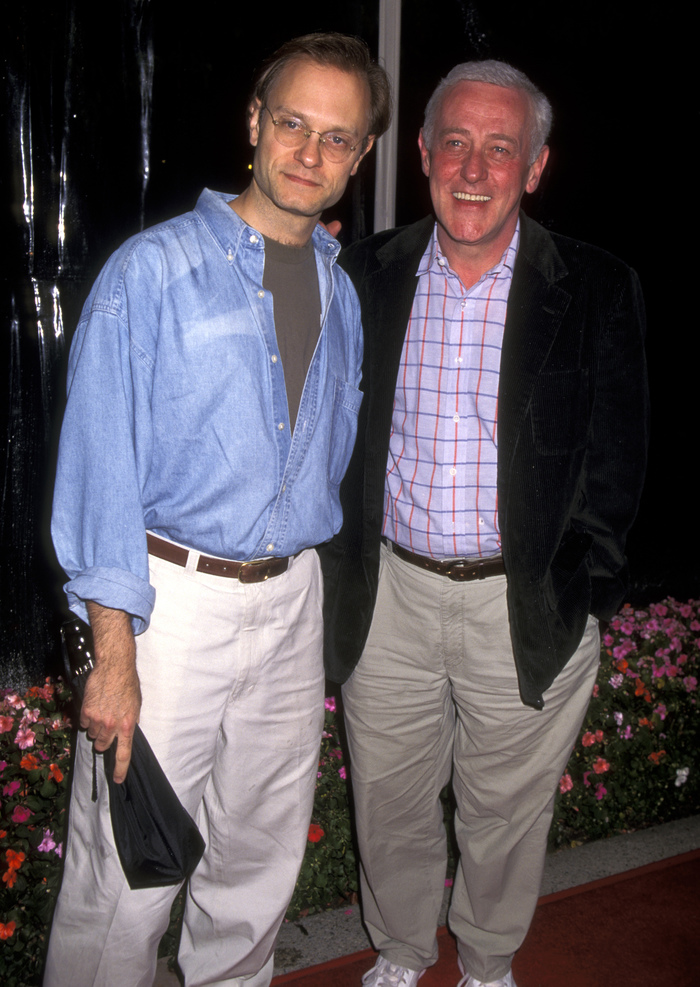 But when news of Mahoney’s death came over the weekend, it was shocking to see that his obituaries were devoid of any mention of his being openly gay. That’s when I discovered, along with many others, he may have lived as a gay man in his private life, but he had never publicly come out.

John Mahoney was a pioneer—one of the first openly gay prime time actors on TV at a time when it really counted.

It’s widely known that John Mahoney was a gay man, but you won’t see that referenced in his obits. Instead, you get this garbage in @people: “Mahoney was never married and did not have any children.” It’s 2018, can we stop with the straightwashing?

At 77, Mahoney’s untimely death was due to throat cancer, but he is remembered for several high-profile and memorable roles outside of Martin Crane. Notably, he played a gay man (and former drag queen) named Bennett on a 2006 episode of E.R., who comes to the hospital when his partner, James, has heart trouble. As James’ condition worsens, his family attempts to ignore Bennett’s place in his life, as the men spent 15 years together.

After James dies, Bennett delivers a passionate speech that Mahoney, a seasoned actor of both comedy and drama, nails:

“As bad as it all may sound, I belong to a rare tribe constitutionally incapable of giving up on fantasy. If I can get up like a lady and sell a torch song to a crowd then I sure as hell can hold onto the hope that maybe, somehow Jimmy’s gonna be okay. We are all liars, just like they said. The makeup, the wig, the padded dress. All a beautiful lie we tell ourselves. But it makes us feel better.” 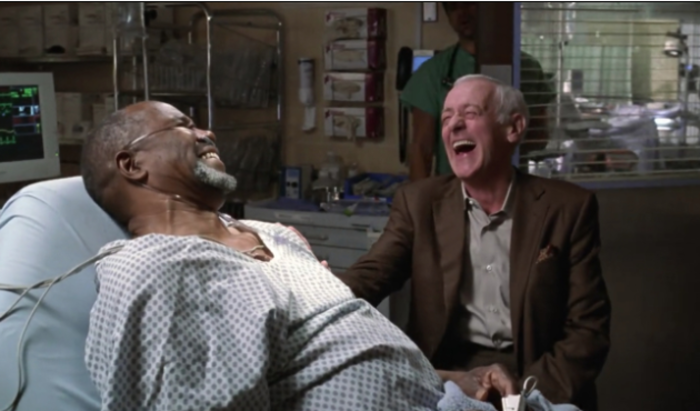 Boasting an all-star cast (Timothy Olyphant, Dean Cain, Zach Braff, Kerr Smith, Billy Porter, Nia Long, Mary McCormack, and Justin Theroux), the film had Mahoney as a West Hollywood restaurant owner and followed the softball team he not only sponsored, but often dished out dinner and advice to. (A choice quote from Mahoney’s Jack: “Everyone can’t be straight. Everyone can’t be beautiful. Everyone can’t be the same, Patrick. Some people are just gay and average. We’re the strongest I think.”)

But despite his characters delivering such affirming dialogue, it seems that, in real life, Mahoney was not interested in coming out in the press. His infrequent interviews would avoid the question of a love life entirely, save for a few. In a 2015 Time Out Chicago interview, he was asked if there were a chance of a “partner or romantic life” for him.

“Yeah, it doesn’t exist for me anymore. [Laughs] I think that’s dead and buried,” Mahoney said. “Twenty-three years ago I had cancer of the colon. I had to have major surgery, and I have a colostomy. I really couldn’t have sex after that. I’m very happy by myself and with my friends, but no, I’m definitely not involved with anybody. Nor do I ever look to be.”

Yet rememberances of Mahoney are populated with his being gay, and some being incensed by this detail being left out of the mainstream media’s obits for the actor. Some commenters even maintain he had a partner that was being ignored. But with Mahoney looking to keep his homosexuality out of the press, it’s hard to celebrate him without also feeling like he’s being outed, as is always the case with closeted celebrities.

Perhaps as society has become more accepting and gay people have been more visible, it would appear that Mahoney should and could feel comfortable coming out in the public eye; that playing gay roles and appearing in public with his partner and living in a liberal metropolis like Chicago would afford him a comfortability with himself that we see as lacking without his public affirmation.

“Sometimes I wonder what you boys would do if you weren’t gay,” Jack says to the young gay men in Broken Hearts Club. “You’d have no identity. It was easy when you couldn’t talk about it. Now it’s all you talk about. You talk about it so much that you forget about all the other things that you are.” 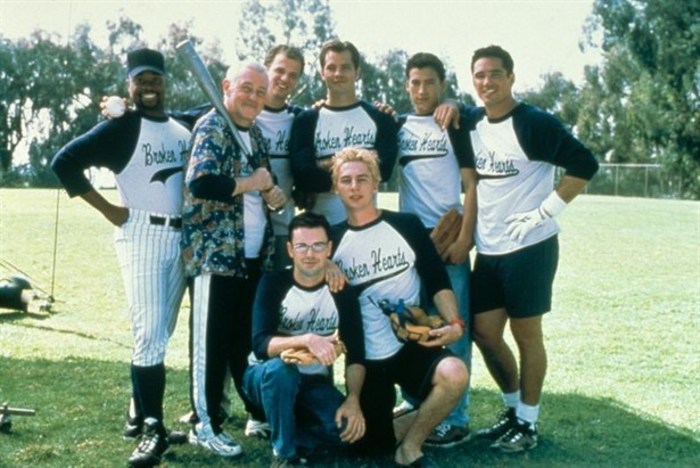 Maybe that’s what Mahoney was afraid ofbeing defined by his homosexuality. So many of us believe that he would be wrongthat our obsessions with our gay identities don’t define us any more than anything else about us. Instead, we find the specificities of being gay or lesbian or bi or trans something worth investigating and owning, however it is we see fit. Like the younger men of the Broken Hearts Club, it’s a little bit easier to embrace that kind of investigation and ownership out loud. That might not have been the case for John Mahoney, but that doesn’t mean he should be kept in the closet forever more because of it.

Although the New York Times or Hollywood Reporter might say Mahoney was never married and had no children, with all assumptions he is heterosexual because he never said otherwise, we can still celebrate him as having claimed a space not so different from other queer actors in history. Suppose he’s savoring his spot next to Anthony Perkins or Rock Hudson or James Dean, listening to a beautiful duet from Whitney Houston and Luther Vandross, accompanied by Liberace at a gorgeous gay bar atop a rainbow in the sky.

I don’t know if Mahoney was ashamed of his sexuality, or if he would choose the word “gay” as an identifier. But by all accounts from those who seem to have known him well, he was one of us, and that’s worth acknowledging. 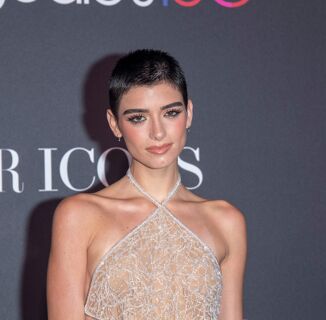 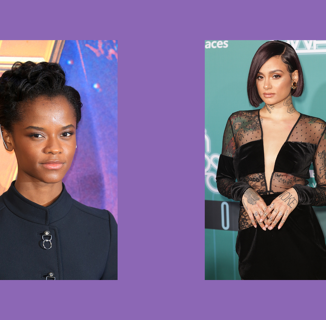