As a lesbian, it is my sworn duty to the queer community to watch movies and TV shows and theorize about which characters are gay. It’s part of my genetic makeup and I can’t stop it (the theorizing, not the “gay”well, the “gay” too). While some speculations are merely that, some deserve further attention, like stories that are set in women-only worlds. While this “world of women” premise isn’t new, it’s a popular narrative in 2017, considering America fell into a hellish, patriarchal sinkhole last year.

Netflix’s new seven-part series, Godless, flirts with this idea. I can’t help but feel I’m at my gayest whilst watching a show or movie set in a world of women, because my first thought is, “Someone here is queerlet’s find her!” But often times, queerness isn’t explored in female-only worlds, whichjust for probability’s sakeis nuts.

The tagline for Godless is “Welcome to No Man’s Land.” The show promised a feminist western set in La Belle, a mysterious town populated solely by women. While the show got nearly everything wrong about feminist storytelling, the only salvageable, leftover detritus was a love story between two women in La Belle. I thought, Finally! A “world of women” where lesbianism is actually addressed. Though La Belle is actually inhabited by menso many, in fact, that the protagonists of the show are malethe idea is there: in a utopian society where men don’t exist or are infrequent, women start dating each other. 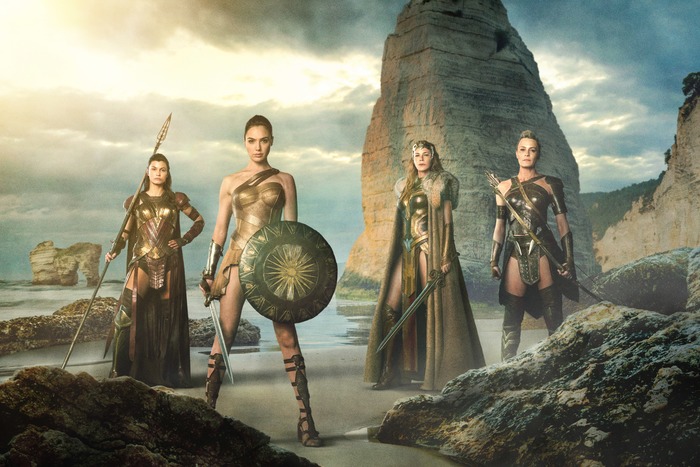 Although its not totally defined, we can infer that the two queer women in Godless, Mary Agnes and Callie Dunne, began dating after the mining incident that killed all the men in town. Mary Agnes, played by Meritt Wever, started wearing her husband’s clothes after he died, leaning into her masculine, soft butch side. After the mining incident, Callie left her job as a sex worker to become a schoolteacher.

Godless differs from a land of women like Themyscira, the mystical home to the Amazons in Wonder Woman, because their queerness is conditional, or at least situational. The queer women in La Belle are only acting on their impulses because their circumstances have changed. But in Themyscira, which has always been a man-free zone, one could assume there wouldn’t be any stigma or hesitation when it comes to exploring queerness.

Unfortunately, Themyscira isn’t that place. While Wonder Woman writers have publicly agreed that Diana Prince is queer, unsurprisingly, that element wasn’t explored in Patty Jenkins’ 2017 film. While Diana and Steve Trevor have pillow talk on the bow of a boat, she does allude to girl-on-girl action back home. But other than that, even in the significant amount of time we spend in Themyscira, we’re presented with zero evidence to suggest that it isn’t a dried up land of straight women. I was left desperately searching for something, anything to latch on to, grasping for straws with Robin Wright’s character and some random background actor she speaks to once. It’s deeply dark and sad for meand I’m not alone.

Saturday Night Live explored this shared notion recently in a Themyscira-thmed sketch, in which two lesbians shipwreck on the island and demand, “Who all here’s a lez? Is it everyone or do we have a couple of allies?” The lesbians, played by Kate McKinnon and Aidy Bryant, puzzled by the heterosexual Amazons, shake their heads and lament, “There’s gotta be more!” Despite all of Wonder Woman’s feminist glory, its failure to acknowledge queer women was disappointing.

The 2011 Eva Longoria-led film Without Men, which scored a hefty 13 percent on Rotten Tomatoes, flirts with the land of women idea. Like Godless, the film features a lesbian storyline that sprouts after all the men in town are sent away to war. My qualm with both is the underlying misogynistic message that women only fall into the throes of lesbianism if there aren’t men around. In both Godless and Without Men, the female characters are defined by their relationships to said male characters. Their autonomy isn’t totally pure; it’s influenced by men.

Newsflash: women aren’t gay because they’ve run out of men to bone. With that being said, Themyscira has a really unique opportunity to right these wrongs in the next installment of Wonder Woman.

Many films and TV shows led by all-female casts fail to portray queer women fairly, or at all. While Jenji Kohan’s Orange is the New Black avidly represents a spectrum of LGBTQ folks, many queer women felt shafted by Kohan’s new Netflix show, GLOW. The half-hour dramedy features an ensemble cast of more than 10 women on a wrestling teamnone of which are even experimenting with sexual fluidity! In all fairness, it was a short season, and no one woman was given her fair share of close-ups. Luckily, Season 2 will have Shakira Barrera playing “Yolanda aka Yo-Yo, a a Mexican American dancer/stripper and out-and-proud lesbian who joins the team.” 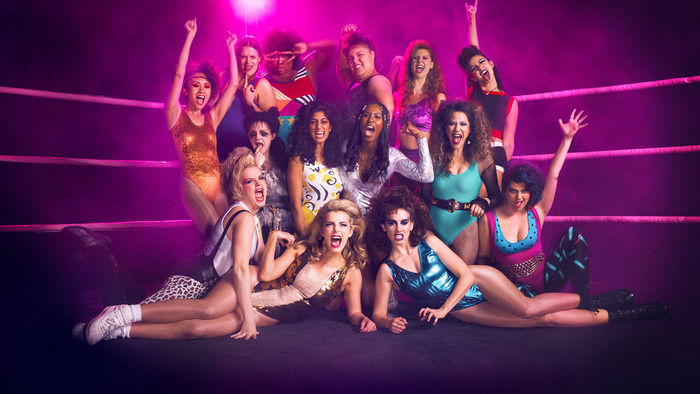 Then there’s the Pitch Perfect franchise, which follows an all-female acapella group with one tokenized character. Cynthia Rose, played by Ester Dean, is either being picked on for being gay, or is made to seem predatory, which spooks the other girls. As a gay woman, watching the sole lesbian in a crowd of straight women feel like she’s making them uncomfortable is bone-chilling. It’s a too-real fear of mine that’s rooted in decades of internalized homophobia, and watching it play out on screen doesn’t feel good.

I’m not asking for a lot. If you’re going to create an other-worldly island or town that’s led by, ruled by, and inhabited by women, just make them fucking gay. The whole spectrum of queer female sexuality should be equally represented in a premise that’s made up anyway. I’m not saying, “Cancel every show and movie that’s not Orange is the New Black”which would be fine with mebut grow up, screenwriters. Queer women are omnipresent in big groups of friends, families, and cults, and it’s not just because their husbands died. So let’s start acting like it.