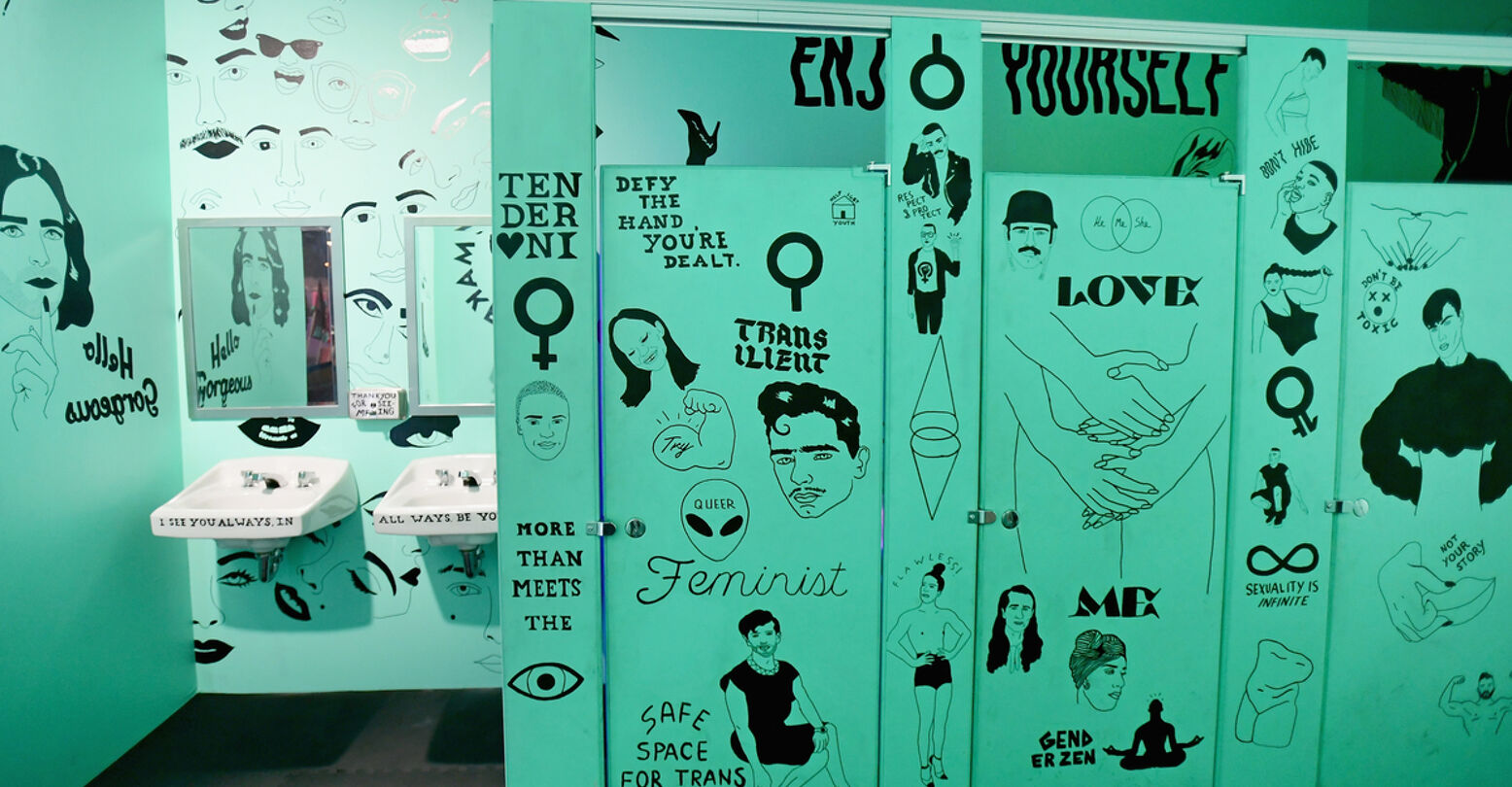 Public restrooms have a long, storied history with the queer community. Sometimes they are an opportunity for a covert rendezvous; other times, they provide a highly-policed, violent, triggering experience. For 29Rooms, Austin-based trans-identified artist Xavier Schipani wanted to capitalize on the idea the bathroom as a safe space; a hideout. Collaborating with Transparent creator Jill Soloway on “Gender Neutral” afforded him the chance to reinvent the kinds of graffiti found on stall walls, but with an affirming and non-binary spin.

“Normally it can be kind of sassy or derogatory or naughty, which there are elements of naughtiness that are happening, but it’s more like positive, fun thing rather than calling someone out with their phone number,” Schipani tells INTO. 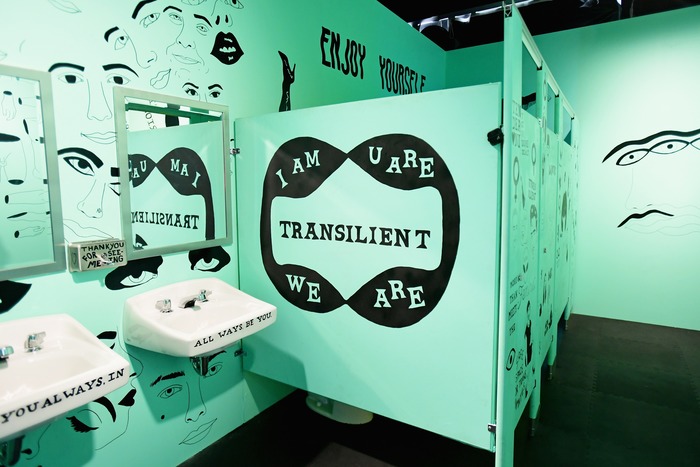 “It’s a way also for me to surround myself with familiar faces in a bathroom space where I don’t always feel that great, and it’s a way of me connecting on a more personal level to it,” Schipani says. “So a lot of friends or people that I admire that I feel like are positive role models for kids right now.”

The messaging on sinks and sides of stalls offer positive affirmations: “Thank you for seeing me!” boasts the soap dispenser. “Enjoy yourself!” the wall above the toilets demands. A drawn clock with no hands is surrounded by text reading “At no time is the victim to blame!”

“I think it’s definitely in the vein of a high school bathroom palette,” Schipani says as he takes me through the room. “Like pastel. But I think it’s really calming to have this nice cool mint green, like mint chocolate chip or something.”

Inside the stalls, Soloway has recorded audio of LGBTQ community members (including Ernst andI Love Dick star Roberta Colindrez) discussing the idea of identities and binaries, among other things. At no point does it feel odd to be sitting on a toilet, listening to a pair of headphones, because this is not a dirty, gross experience with concern as to who else might walk in, but a space to feel wholly inspired by themselves and others like themor not like them.

“I hope that people feel connected to the stories and to the illustrations and they feel safe and they feel good,” Schipani says. 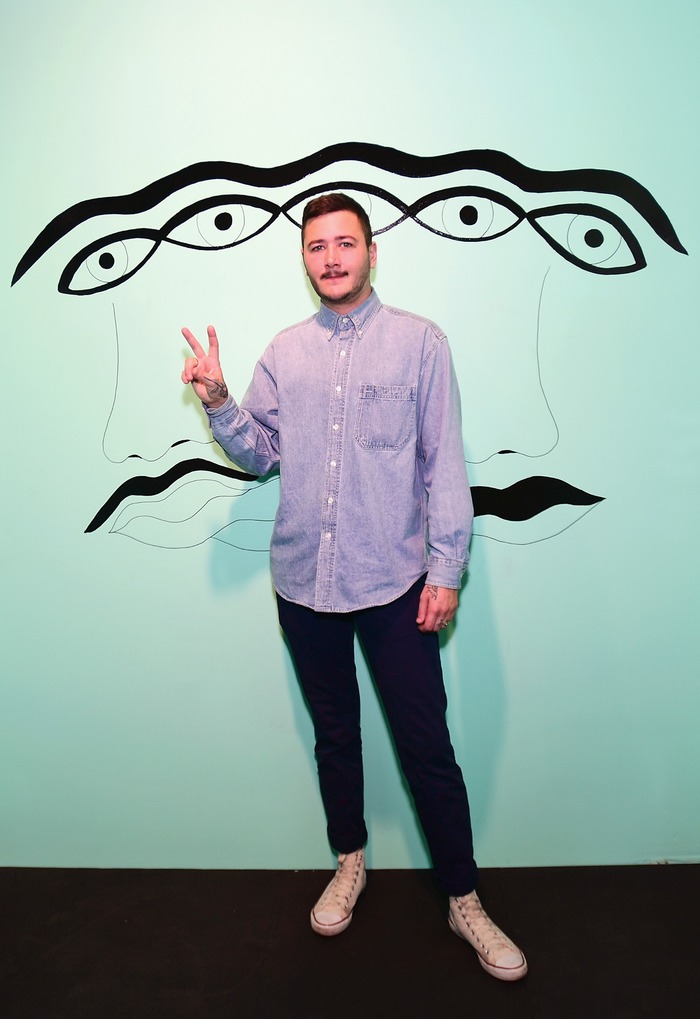 Schipani’s next project is a children’s book that he hopes will help kids to digest gender-based concepts that are too often seen as confusing or adult content.

“It’s more or less just a message of understanding and not taking someone at face value, but taking the time to really get to know them,” he says. “I think the pronoun issue is really hard right now for certain people to either use the right pronoun or they feel afraid that they aren’t going to. The book is also for adults, really. It’s a way to speak to that issue about either party feeling bad, like you aren’t afraid to ask and the other person isn’t afraid to assert themselves.”

Like his work at 29Rooms, it should cause a lot of much-needed conversation.

29Rooms is open this weekend and next at The Row DTLA in Los Angeles.