On their latest album, Palo Santo, Years & Years explore a dystopian future where androids have taken over, subjugating humans in order to experience emotions vicariously through them. Promos for both “Sanctify” and “If You’re Over Me” dive deep into this apocalyptic world, but it’s not until you’ve seen the band perform live that the realm of Palo Santo truly becomes a reality in all of its hedonistic glory.

To kick off promotion for their second album, Years & Years are bringing their Palo Santo parties to a few select venues before the official tour begins later in the year. We were lucky enough to see one of the first sets at Kesselhaus in Berlin, which turned out to be the perfect venue for the story that the band has set out to tell.

Interspersed along the grungy, derelict walls were a series of glowing neon symbols, immediately transporting the audience into the futuristic rave the band had orchestrated for the tour. After playing their current single, “If You’re Over Me,” frontman Olly Alexander even told the audience that it felt like “We’re in the depths of the city right now. I feel the spirits, I feel the energy.” 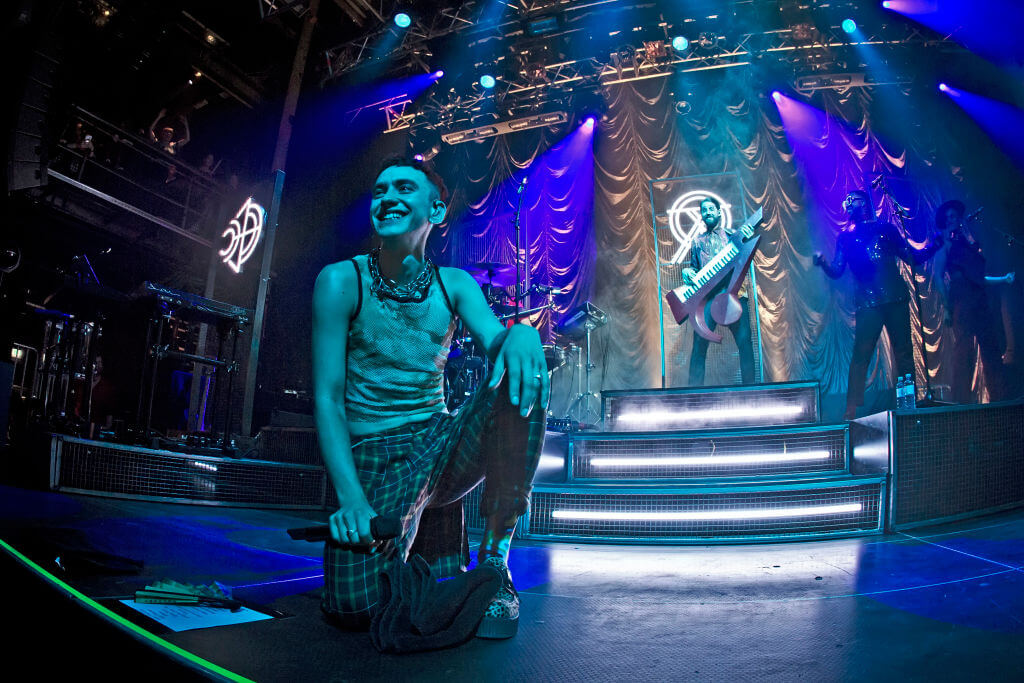 Before that though, the gig started with a surprise voice-over from Dame Judi Dench, the Oscar-winning actress who’s lent her theatrical narration to both the tour itself and the short film that accompanies the project online. The band then stepped out with their fierce backing singers and immediately dove into “Sanctify,” the lead single from Palo Santo. Although Finnish popstar Alma didn’t jump out to reprise her guest verse from the song’s official remix, the audience was ready to party nonetheless.

Keeping the energy up, Years & Years then took the crowd back to their first record, Communion, playing three singles from the album in a row. First up was “Take Shelter,” followed by “Shine,” which the crowd sang back to Olly, word for word. The young star then slowed things down with the song “Eyes Shut,” complete with heartfelt vocals and a blue piano that was quickly wheeled on stage.

Whether he was dancing or playing the piano, Olly mesmerized the crowd throughout, belting out studio-ready vocals befitting of pop’s most exciting frontman right now. The only thing that gave him pause was an attractive man standing near the stage, who Olly briefly flirted with before reminding himself that “I’m not using this concert to pick up.” Cue an entire room of gay guys trying to push their way to the front.

For the second half of the set, Years & Years focused largely on cuts from the new album, including “Karma,” “Rendezvous,” and “Hallelujah.” Heard in this context, all three are potential single contenders in the future, but the emotional centerpiece of Palo Santo is still the title track. Like a mystical savior, Olly appeared through purple mist to sing the emotionally charged song, ad libbing high notes at the end along with choreographed hand movements that lent the performance an almost religious ambience. Clearly inspired, one audience member even threw some Palo Santo incense onto the stage as a gift for the band.

Fellow band members Mikey Goldsworthy and Emre Türkmen didn’t speak much throughout the set, but Mikey did take center stage at one point with a giant red bass guitar that wouldn’t have looked out of place in the more decadent areas of Palo Santo. After that, the group then performed “Desire,” which quickly descended into a rave of strobe lights and thumping bass as Olly contorted his limbs dancing on stage. 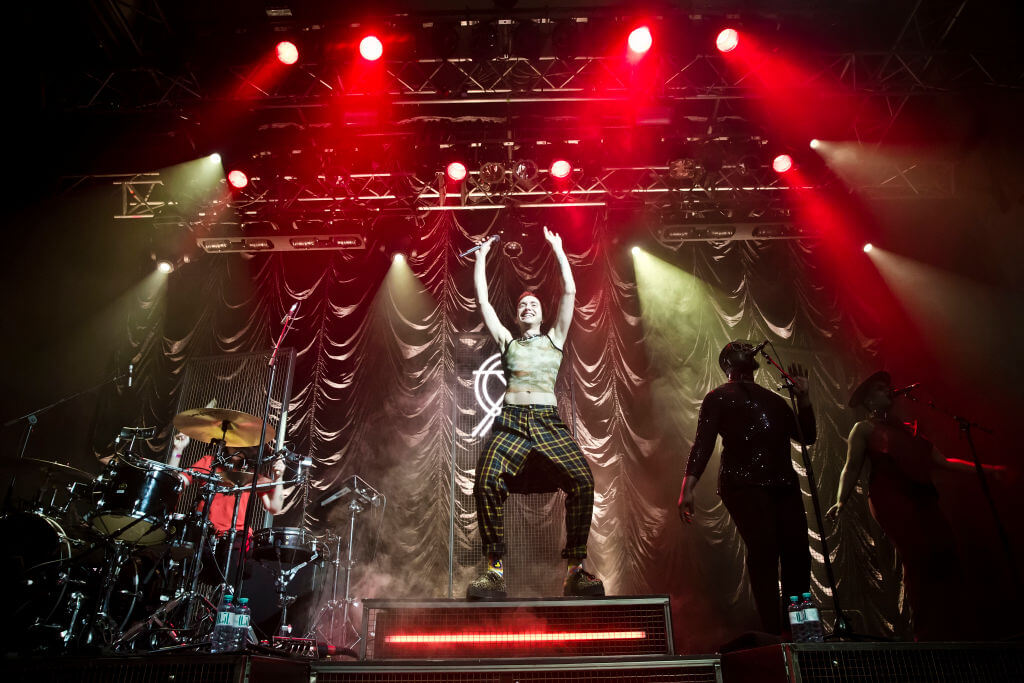 This highlight of the set was matched only by an exhilarating rendition of new single “All For You” and an encore performance of “King,” which put the entire audience under Olly’s control. Before they performed the final song, the band’s frontman took a moment out to thank everyone for sticking with the group over the past three or four years. “I don’t know how many of you guys have known us since Communion, but it means so much that you’re still here.”

Years & Years have now come into their own as a band, creating a narrative that binds all of their work thematically while still capturing the inclusive message of defiance that’s always been integral to their sound. If we’re the androids in this scenario, longing to claim the stories they tell as our own, then the band have succeeded wholeheartedly, making us feel everything from lust to heartache and everything in between with their new music. Sure, Palo Santo is set in a dystopian future, but if it turns out to be anything like this concert, then there’s nowhere else we’d rather be.