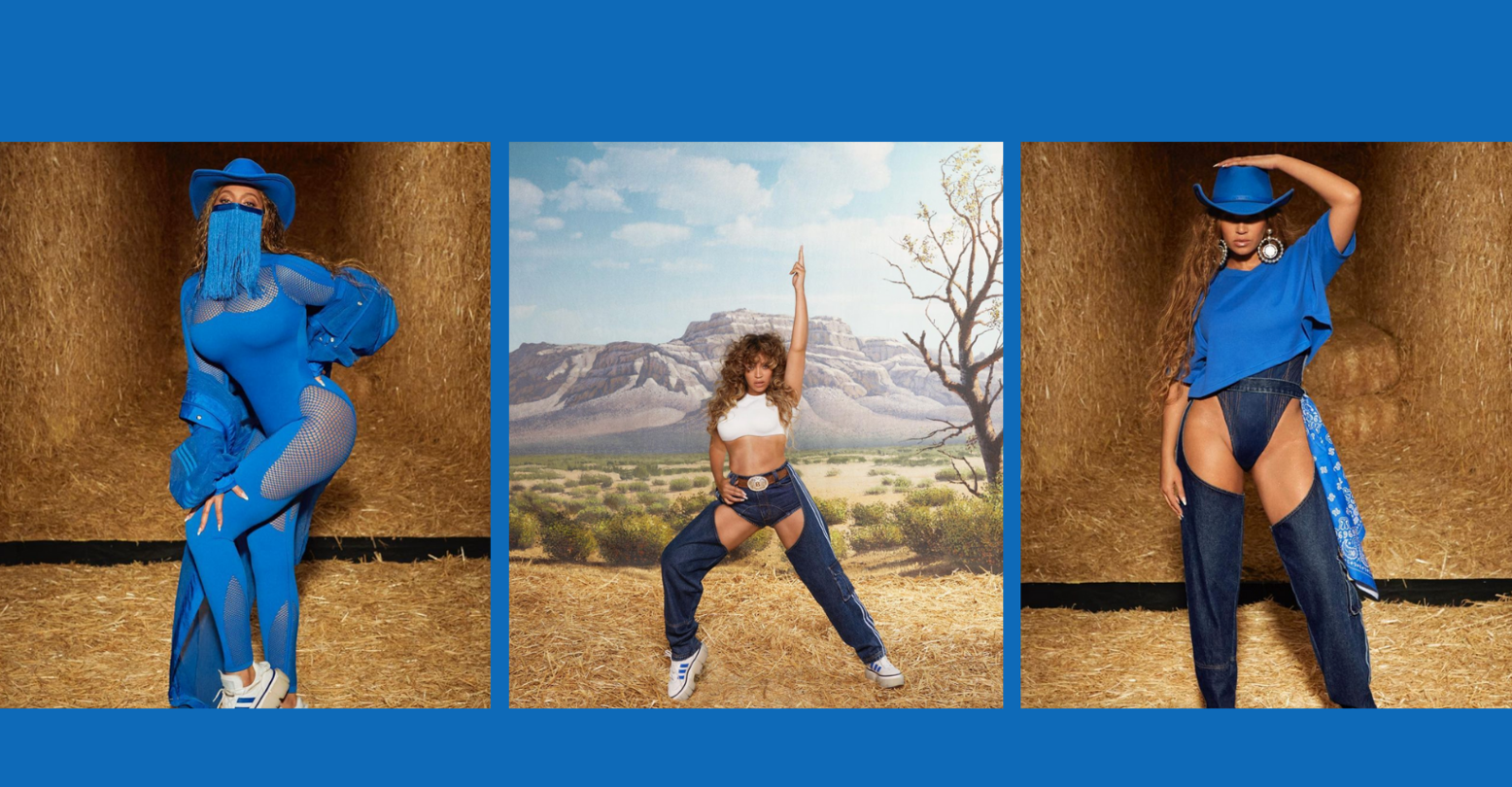 The City Girls were not fucking around when they promised—threatened?—to “ride that dick like a Rodeo.”

Clearly someone was taking notes, because “Rodeo” is now the official theme of the fall, thanks to Queen Beyoncé’s latest Ivy Park drop.

After showing off some gold-fringed flairs in her latest Harper’s Bazaar cover story,  Ivy Park’s “Rodeo”, a Western-inspired line, has been dropped in full. The collection features denim chaps, denim bustiers, and an Orville Peck-inspired fringe mask. Peck even makes an appearance in the campaign video! Needless to say, the gays are living.

I mean come on, these chaps are Gay Culture.

It gets even better: the new collection is inspired by the legacy of Black and indigenous cowboys who lived in the old west. As Beyoncé told the Houston Chronicle, “after understanding where the word ‘cowboy’ came from, I realized how much of the Black, brown and Native cowboy stories are missing in American history.” She’s right, of course: Black and brown cowboys were a major part of the American West, and so many of their stories have been erased or looked over.

Beyoncé, how dare you do this to us! I’m hardly the only one to feel this betrayed, excited, devastated, and obsessed with Ivy Park’s Rodeo collection, regardless of the fact that I will 100% never be able to afford any of it.

The collection is composed of 58 women’s and unisex apparel pieces, five shoes and 13 accessories in full. That’s a lot of stuff! And the fact that’s it’s size-inclusive and gender neutral makes us love it even more.

But what might the Gays have to say about this? Well…

Basically we’re preparing to drop everything and SPEND:

Abt to spend my last two pennies on the ivy park rodeo drop tomorrow. pic.twitter.com/ImxjMiPE3i

It’s the bucket hat for us:

Scored me some Ivy Park rodeo. This was my least fave of her collections but y’all know I HAD to get that bucket hat pic.twitter.com/eus21aKav5

So when is Beyoncé gonna actually host a rodeo in Houston pic.twitter.com/5SazZJh1Mw

Honestly Beyoncé, it’s simply rude how you continue to bring Country Realness to our tiny, humdrum lives. We love it.