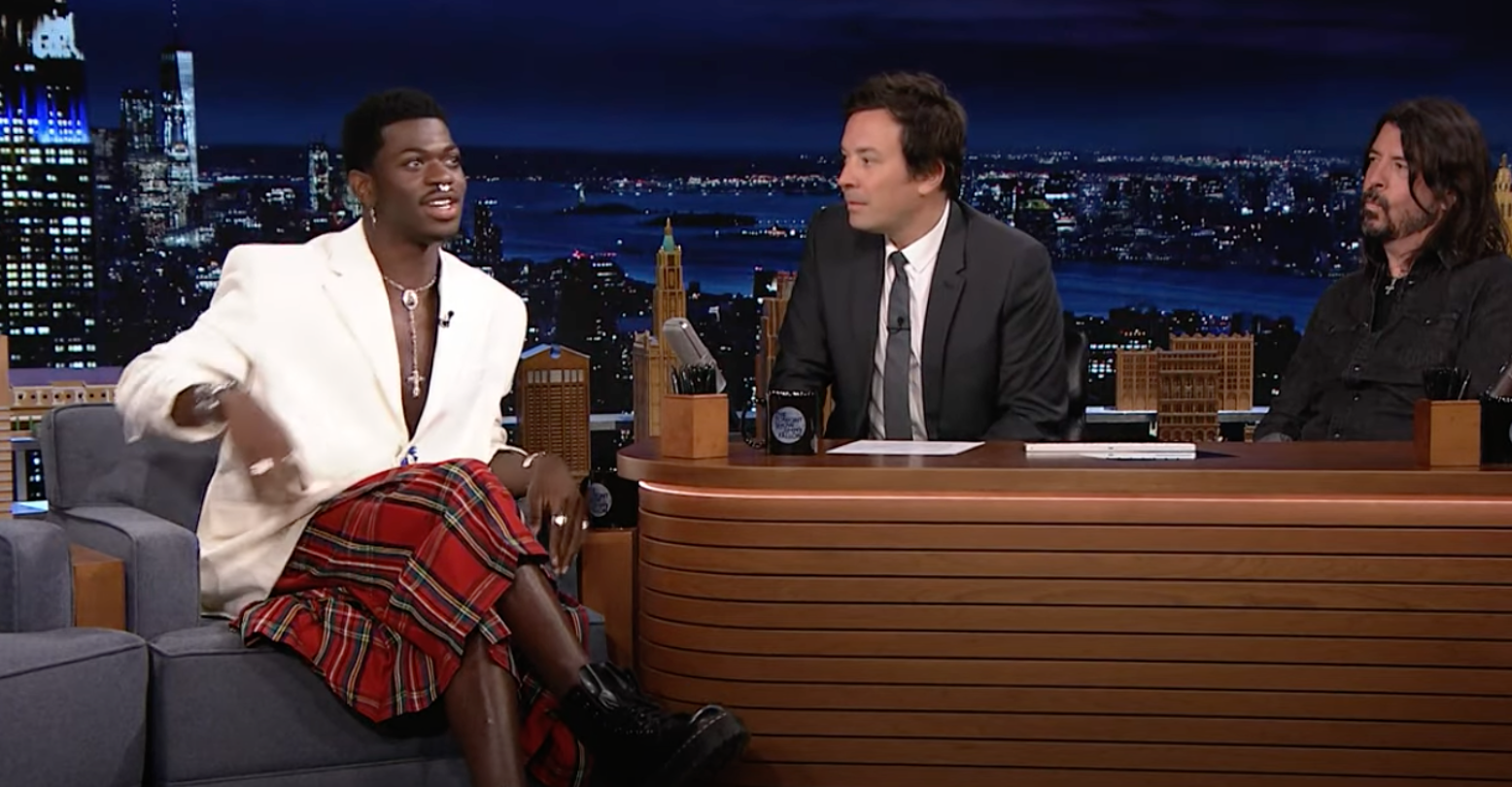 In case you missed it, Lil Nas X unintentionally split his pants open during a live performance on Saturday Night Live’s season finale (as if the pole dance drop into hell wasn’t scandal enough). The result was mostly some pretty entertaining TV and rowdy Twitter feeds. But what’s been lost in all the fun of a viral social media moment is the fact that we never got to see the intended performance in full. Our prayers have now been answered: during a recent interview with Jimmy Fallon on The Tonight Show, a clip from the rehearsal was aired, showing the pole dance uninterrupted by the wardrobe malfunction.

Also during the interview, Lil Nas X gave us a peek behind the curtain (not that kind of peek…), discussing what exactly happened that night. “So, I was pretty much going down the pole, you know doing my little sexy drop down. And boom, I felt air. I was like ok there’s definitely some breeze going on and I also felt like some popping still happening while I was down there. So I was like oh god I hope it’s not just please don’t be on TV already. And SNL was actually live.”

Because the show was live, Lil Nas X had to improvise—going on with the performance and abandoning the planned routine all while keeping himself covered up. Of course, there was no way to warn the other dancers about what had happened. “At the end of the performance,” Lil Nas X explained, “the dancers are supposed to be like touching me and tugging on me whatever … and they were tugging on the pants and I was like please god no don’t let them….” Luckily, he made it through the tugfest with his dignity intact.

In spite of everything, Lil Nas X is counting his blessings. “It was perfect timing. If it would have ripped at any other time during the performance, everything would have been over.” Sure enough, as we see in the rehearsal, the part of the routine that would have taken place mere seconds after the wardrobe malfunction had Nas spinning on the pole spread eagle in front of the camera.

In the scheme of things, the wardrobe malfunction was only a minor disaster in a week of chaos for the performer. As he explained to Fallon, the original group of dancers he’d been rehearsing with for two weeks prior to the performance had to be disbanded and quarantined when one of them caught COVID. This left Lil Nas X and his crew with only 24 hours to find replacement dancers to learn the routine. Additionally, they could now only interact with the choreographer remotely. Despite these challenges, the performance went off (mostly) without a hitch, and Lil Nas X expressed his gratitude to the hard work his crew put in. “They did a great job,” he said.

Lil Nas X finished out the interview discussing the personal nature of his upcoming debut album: “This is—my entire life has led up to this moment of this album. It’s honest. It’s 100% me, you know because last time I played so many different characters. I’m exploring my sexuality, myself—it’s like a coming of age story—my heart breaks, there’s been a lot of those the past couple years. It’s everything, man, and it’s something everyone can vibe along to.”