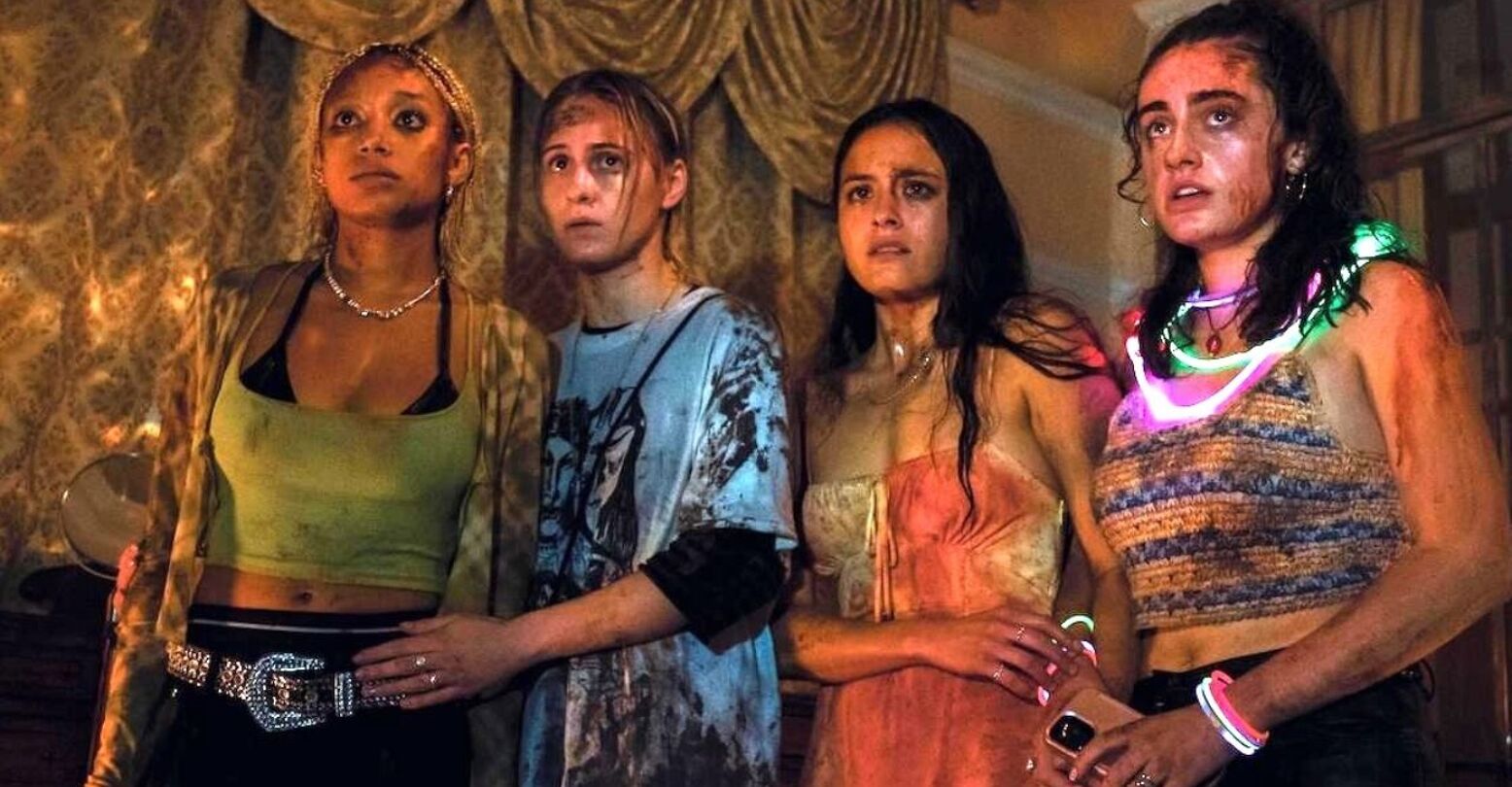 A24’s latest horror-comedy brings together a group of friends whose game—called “Bodies, Bodies, Bodies”—goes from playful to deadly during a night that will test their friendships and ability to stay alive. With a cast consisting of Amandla Stenberg, Maria Baklova, Chase Sui Wonders, Rachel Sennott, Lee Pace, and Pete Davidson navigating a killer whodunnit situation and passive-aggressive spats, it’s safe to say it’s going to be a wild ride. Based on the trailer, it’s giving Jennifer’s Body, Spring Breakers, Warm Bodies, and Clue, but make it…even gayer.

A24 is known for bringing some of the most talked-about horror films to the big screen due to offerings like The Witch, Hereditary, and X.

Additionally, A24 is no stranger to providing viewers all the queer representation we need, via recent films like Moonlight, Lady Bird, and Everything Everywhere All At Once. The trailer seems to bring the same manic rainbow energy we need, especially with actors like Stenberg (who is gay and non-binary) and Pace (who is queer) on board.

who are you most excited to see in #bodiesbodiesbodies?! pic.twitter.com/SuxOW2CghP