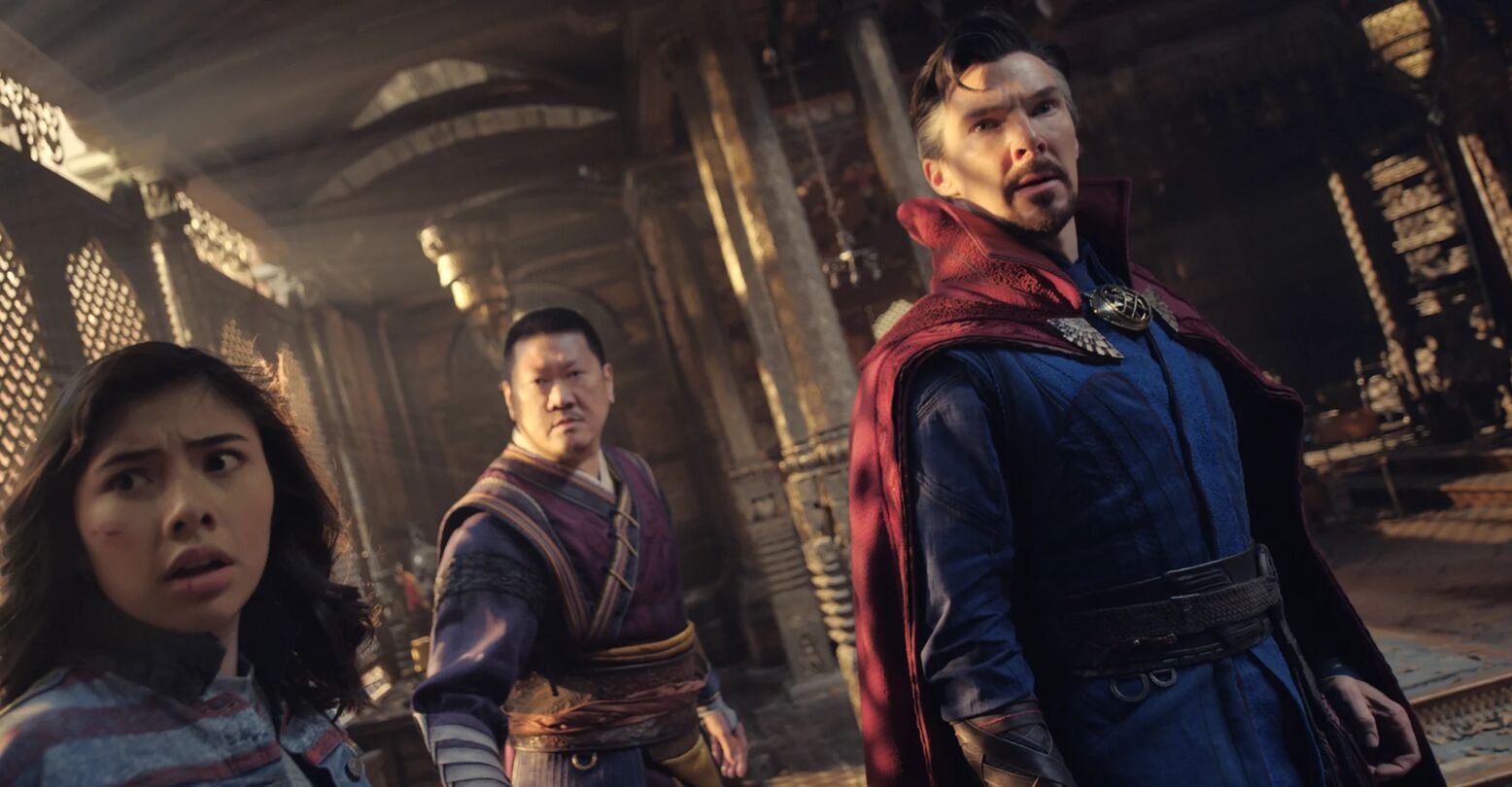 With Doctor Strange in the Multiverse of Madness hitting theaters, the MCU just got a little bit gayer. The Marvel Cinematic Universe has been working to increase its queer representation ever since Kevin Feige (Marvel’s Chief Creative Officer) promised that they would do better way back in 2018. The scenes and characters that appear in Doctor Strange in the Multiverse of Madness certainly take another step in the right direction for the comic book adaptation franchise, but is the MCU’s new casual queerness enough?

The MCU has a storied history with representation of all sorts. When the original Avengers team was established in the franchise’s early days, the cast was notably cis, het, and white (but it’s okay because they had a single woman on the team that they could use to signal “diversity.”) Over the years, the MCU has brought in more diverse cast members with Black Panther in 2018 serving as a huge milestone for breaking the extremely white mold that the MCU had been forged from. However, for queer representation, things have moved a little bit slower.

One year after Feige’s promise, 2019 brought Avengers: Endgame, the 4th Avengers movie and the 22nd movie in the MCU. Director Joe Russo made headlines for including himself in a blink-and-you’ll-miss it cameo role as the MCU’s first openly gay character, appearing in Steve Roger’s (Chris Evans) support group after Thanos’ snap. Things stayed quiet on the queer rep train for the MCU until 2021, when the Loki TV series quietly confirmed its titular character as genderfluid in its title sequence and had Loki (Tom Hiddleston) and Sylvie (Sophie Di Martino) recognized as bi/pan in a brief conversation. Then, later in the same year, Eternals brought Phastos (Brian Tyree Henry), the MCU’s first openly gay superhero who was depicted with his husband and son with a healthy family life.

While there have been numerous other MCU movies and Disney+ TV shows in that time, Loki, Sylvie, and Phastos remain the only major characters who have been portrayed as queer. This isn’t because Marvel is wanting for source material, plenty of characters in the Marvel comics flesh out the full LGBTQ+ spectrum. Most notably ignored for queer representation for now is Valkyrie (Tessa Thompson), who is bi in the comics and had a scene intended to make her explicitly bi/pan cut from Thor Ragnarok.

With Doctor Strange in the Multiverse of Madness, the MCU is continuing to build on the depictions of Loki, Sylvie, and Phastos with America Chavez (Xochitl Gomez) and her family. The MCU’s newest hero is introduced as she and Doctor Strange (Benedict Cumberbatch) rush through the space between multiverses to save her from a monster. Even in this scene, visible on the denim jacket America Chavez’s wears is a pin depicting the Progress Pride Flag released by Daniel Quasar in June 2018. America Chavez wears the same jacket and Pride Pin throughout the whole movie, and it makes perfect sense. In the comics, America Chavez (AKA Miss America) is Latin-American and a lesbian, and the Progress Pride Flag’s intention to include bars for marginalized people of color as well as trans identities fits nicely with this portrayal.

As well as wearing the Progress Pride Flag pin on her jacket, America Chavez visits another reality with the Earth-616 Doctor Strange and they find a place that allows them to visualize their memories. When America steps up to the plate, the memory depicted is of her two mothers approaching her while she is playing. After she gives one of them a flower, her mother tenderly puts the flower behind her other mother’s hair. Of course, this is also the memory of America Chavez’s first opening of a multiversal portal and her two mothers get sucked away to an unknown fate, so the portrayal has a slight tone of “burying their gays,” but as there’s assurance that they may still be alive and could be reunited with America down the line, we’ll give Marvel a pass on that aspect for the moment. The fact that America Chavez has two mothers is only briefly mentioned and not considered unusual in any way, as Doctor Strange refers to “her mothers” and the story continues without any implication that this is peculiar to anyone.

This all provides an important type of representation. America Chavez’s parents are incidentally queer and make no difference to the plot itself – it’s just a matter of who they are. Similarly, while the camera lingers on America Chavez’s Pride pin repeatedly throughout Doctor Strange and the Multiverse of Madness, the question of the teenager’s sexual orientation or gender identity is never raised or discussed. The queer characters in the Doctor Strange sequel are casually allowed to simply exist and it can be important for both LGBTQ+ viewers and others to see these identities portrayed as being no big deal and just a part of their reality.

While this might be an important type of LGBTQ+ representation, it is by no means the only type, and it begins to feel like Marvel doesn’t realize that.

However, while this might be an important type of LGBTQ+ representation, it is by no means the only type, and it begins to feel like Marvel doesn’t realize that. So far, the MCU has only included queer identities as a thing to be briefly nodded to that bear no relation to the plots themselves and could easily be replaced with non-queer characters with no difference made. This is particularly notable in Doctor Strange and the Multiverse of Madness because it isn’t clear whether the famously queer comic character, America Chavez, wears her Progress Flag Pride pin because she herself is LGBTQ+ or simply as a show of support for her mothers.

It’s exciting to see that the MCU has managed to get the idea of incidentally queer characters down and (with Eternals at least) are pushing back on having LGBTQ+ scenes censored in other countries. However, the MCU now needs to take a step further and portray an explicitly LGBTQ+ storyline that is defined by its queerness. The LGBTQ+ community face a range of difficulties, challenges, and also moments of euphoria that are tied to their identities, and portraying those in such a huge media franchise like the MCU can only be a net positive for queer people.

The MCU is on the right path for improving its queer representation in its movies and TV series, but right now purely representing casual queerness is not enough and Marvel desperately need to take that next step. It is possible that the upcoming Thor: Love & Thunder will be able to deliver this step through the long-promised explicitly queer romance plot for Valkyrie as, having become king of Asgard, she now searches for a queen. The most optimistic viewing of Doctor Strange in the Multiverse of Madness could take the choice of the Progress Pride Flag for America Chavez’s pin as an attempt to make a meta-statement about the franchise’s queer rep. The MCU has made great progress (if somewhat late in its timeline), but just as Daniel Quasar said of the meaning behind the arrow on the left side of his flag: “progress still needs to be made.”♦