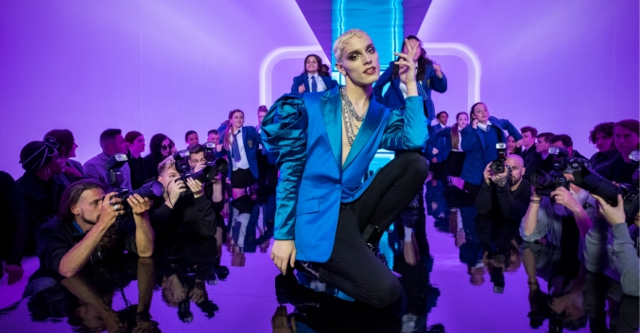 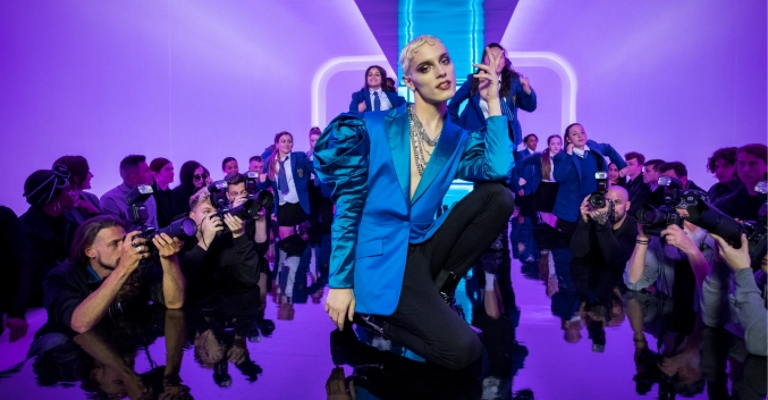 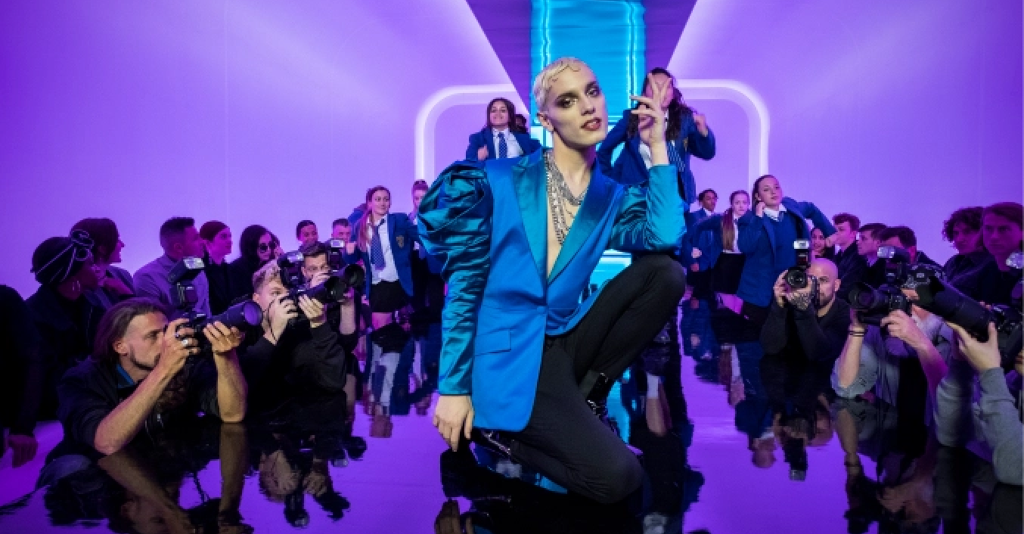 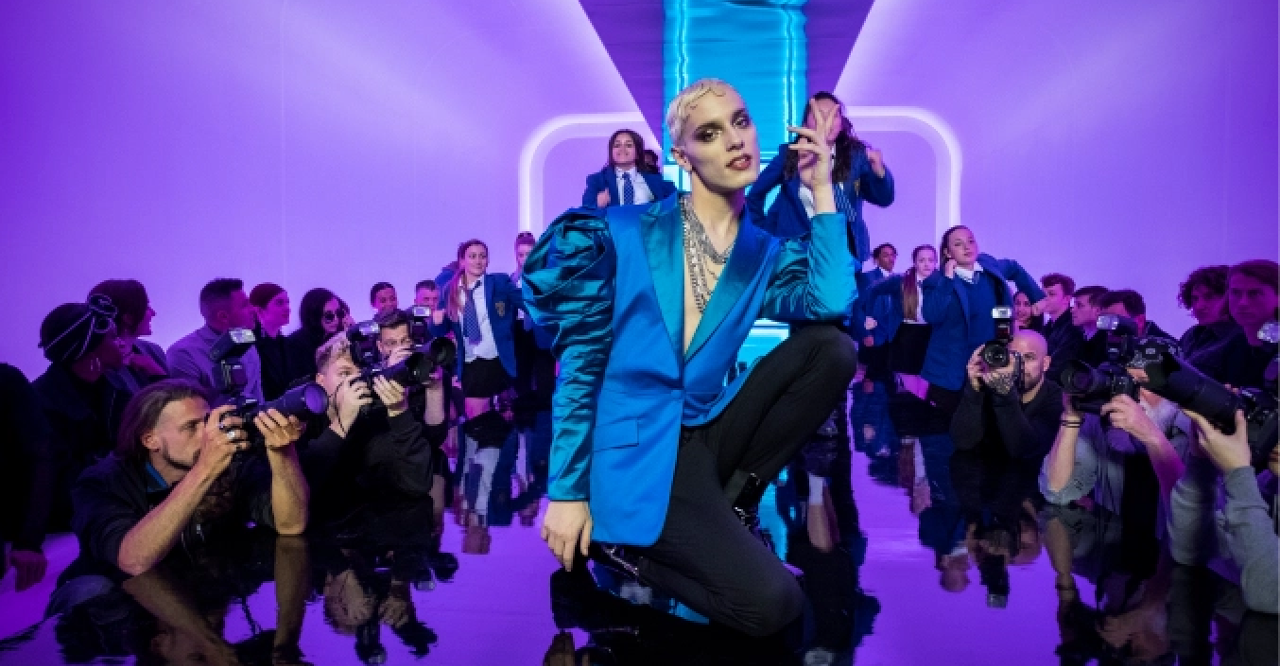 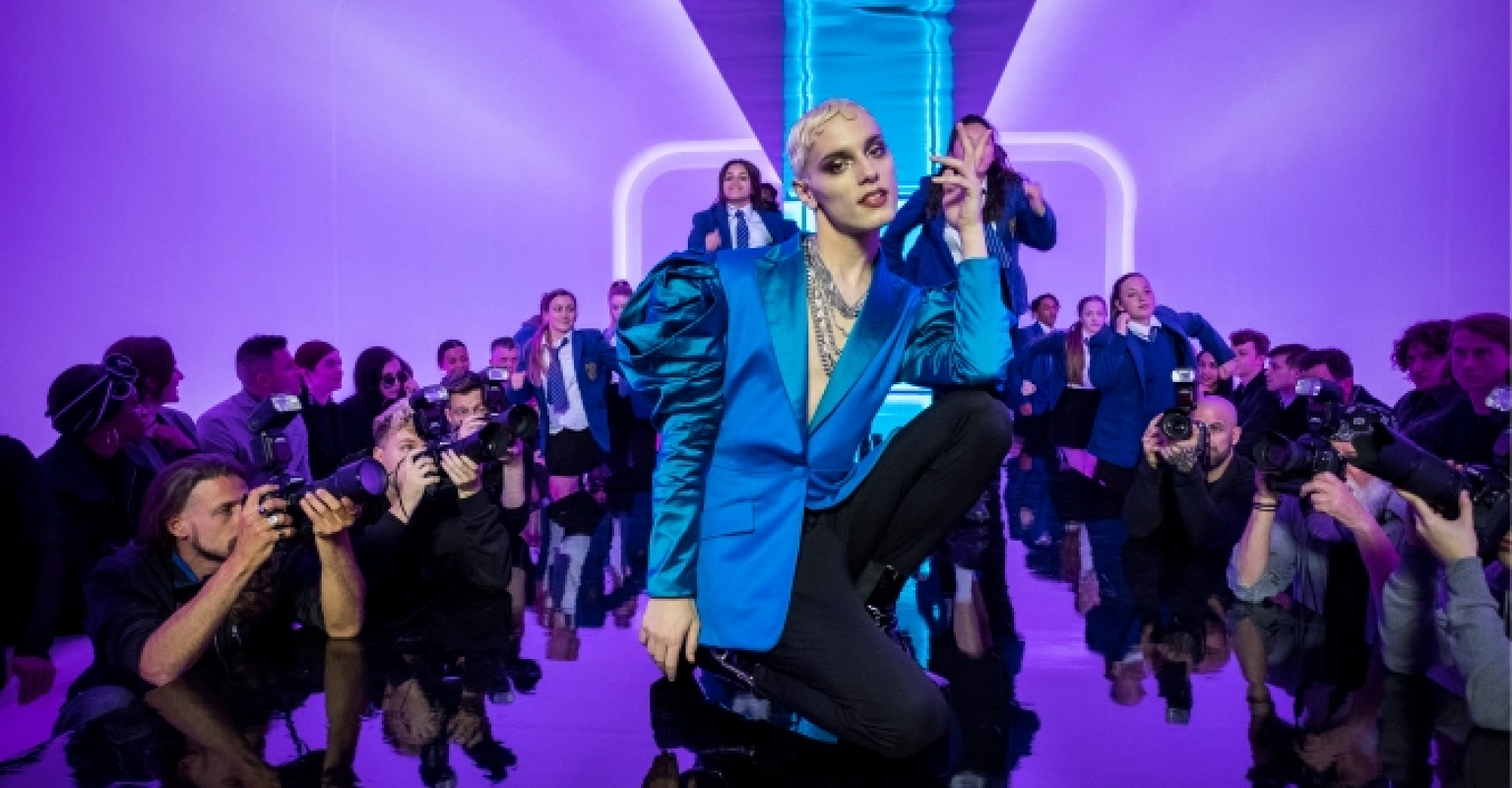 From the moment the credits of Everybody’s Talking About Jamie rolled, I’ve had the opening number stuck in my head. Some of you might have started singing it as soon as I said that, but you might not have ever heard of the show or how infectious it can be—and you don’t even know it.

When telling this to actors Max Harwood and Lauren Patel and director Jonathan Butterell during an interview, they all laugh and nod along, knowing exactly how catchy their show—about a teenager from Sheffield, England who wants to be a drag queen—actually is. After all, Butterell directed the musical’s premiere on the West End and has now adapted the stage show into a film, bringing it to millions of viewers through Amazon Video.

“There were many challenges, as you can imagine, but for me it was exhilarating,” Butterell says of the adaptation experience. “I loved every second of it, as frightening as it can be, because you have that ticking clock that just only goes in one direction. I just love what my imagination allowed me to do, which was fly.” He continued, explaining: “what cinema allows is scale. So one scale was vista: I could show Sheffield, which is my hometown, in all its glory. I could show it from the streets, but also let my imagination fly as Jamie’s imagination flies and also take him on these amazing pop video journeys. Cinema does that in such a unique way and you can’t do it any other way.”

“I just love what my imagination allowed me to do, which was fly.”

And the movie certainly does take a decidedly cinematic approach to its setpieces and show-stopping numbers. Where the stage show has a focus on choreography, the film brings things to life a little differently (without sacrificing highlighting that choreo either.) “Work of Art” dons the aesthetic of an 80s music video, pulling inspiration from what seems like everything from Duran Duran to Madonna. “This Was Me”, a fresh replacement number for the theatre show’s “The Legend of Loco Chanelle”, comes to life as videotaped memories, flashing through not only the character’s history but landmarks of recent queer history.

This is part of what makes Everybody’s Talking About Jamie so appealing, and Butterell is proud that he could bring this kind of queer joy and storytelling to the world. “I’m proud of everybody’s work and that this kind of work is getting out there on platforms like this,” he notes, joking that he hopes they eventually even go galactic.

Harwood and Patel, both of whom are fresh to the big screen, both describe the experience as something of a whirlwind. Harwood, who plays the lead Jamie New, admits there was some insecurity at the top: “Much like, I think, lots of actors, I get in my own head about so much going on and feeling like I’m not supposed to be there and having imposter syndrome.”

“But I spoke to Richard [E. Grant, who plays Jamie’s drag mother] about it, and he was very open in telling me that he felt like that in many ways as well. For me, the shift happened really quickly to realize that these are all just people and all of these people have their own thoughts and feelings. Getting to work with such a range of people that functioned in so many different ways really helped.”

“I’m so grateful for that because it made me realize that I can do it and I can do it my own way and go on this journey of discovery. I’m even more grateful for it because it was just a complete school in on-screen acting from these legends [like Grant, Sarah Lancashire, and Sharon Horgan, among others].”

Patel, who plays Jamie’s best friend Pritti Pasha echoes the excitement and intimidation: “It all happened extremely quickly. It felt like I blinked one day and was on set immediately.”

“I got this job when I was seventeen and now I’m twenty. I feel like I’ve really grown up with these guys.”

“My first day on set was with Max and Richard and was very intimidating. But once you get there, you just see that they’re all people who are very good at their jobs, you know what I mean? All of the other stuff goes away and then I just started trying to absorb as much information from watching everybody work as I could.”

For both actors, it transformed from an anxiety-inducing journey to a life-affirming one. As Patel explains, “I got this job when I was seventeen and now I’m twenty and I feel like I’ve really grown up with these guys. Being able to share those experiences and the film itself and seeing people resonating with it so deeply is just indescribably special.”

“I think I had an experience with this film that I didn’t realize I needed to have with it,” Harwood adds. “I thought I was really open. I thought I knew who I was. And I think what I learned from this film is that I’m still taking little shifts every day. I think that’s what’s important about the film: it has such a universal message about the community around us, how we open up our hearts, how each time we do that, it creates another small shift.”

“Even though the shift in me felt huge,” he says, “and feels huge even from almost three years ago when we shot it, I’m still making changes and feeling like I’m stepping into myself every day. And I’m so grateful to everyone for nurturing me on that journey.”♦