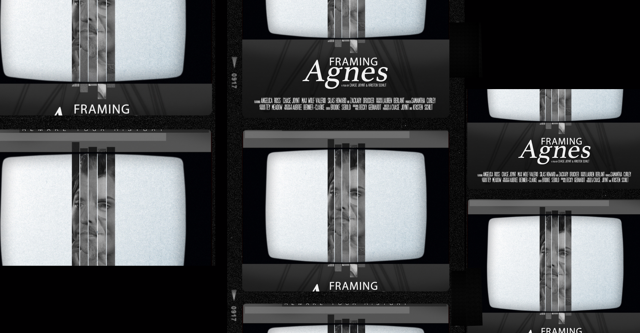 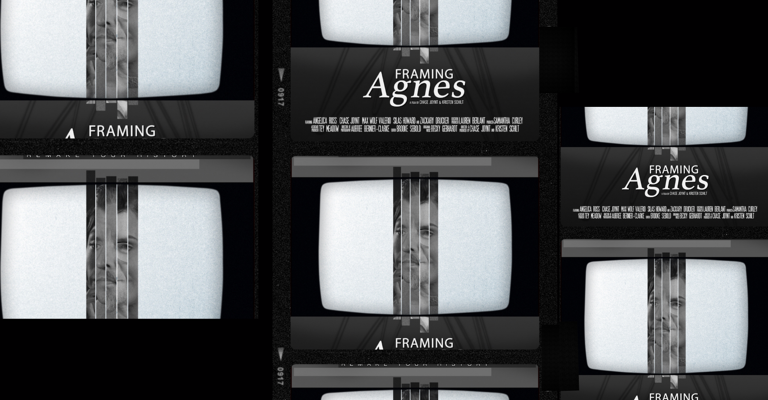 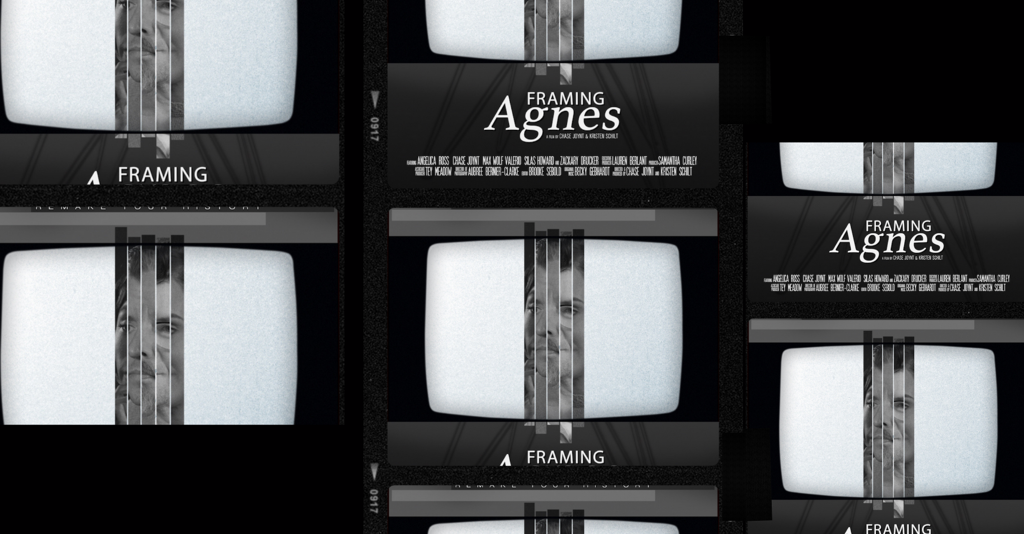 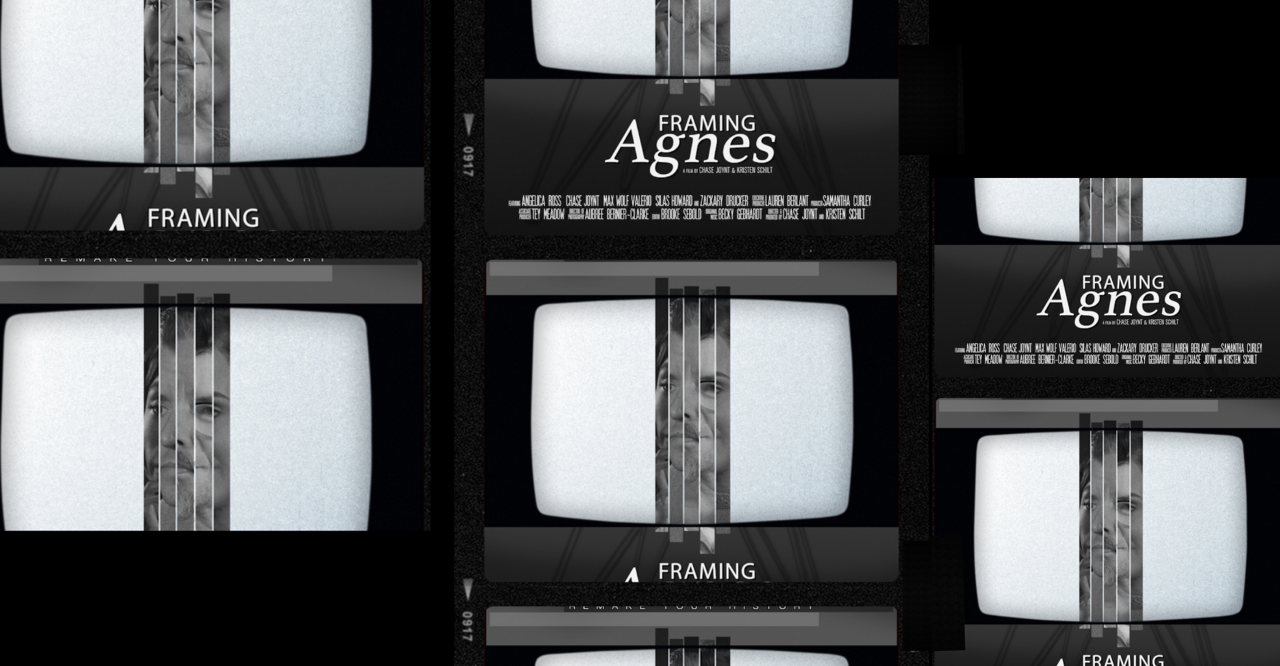 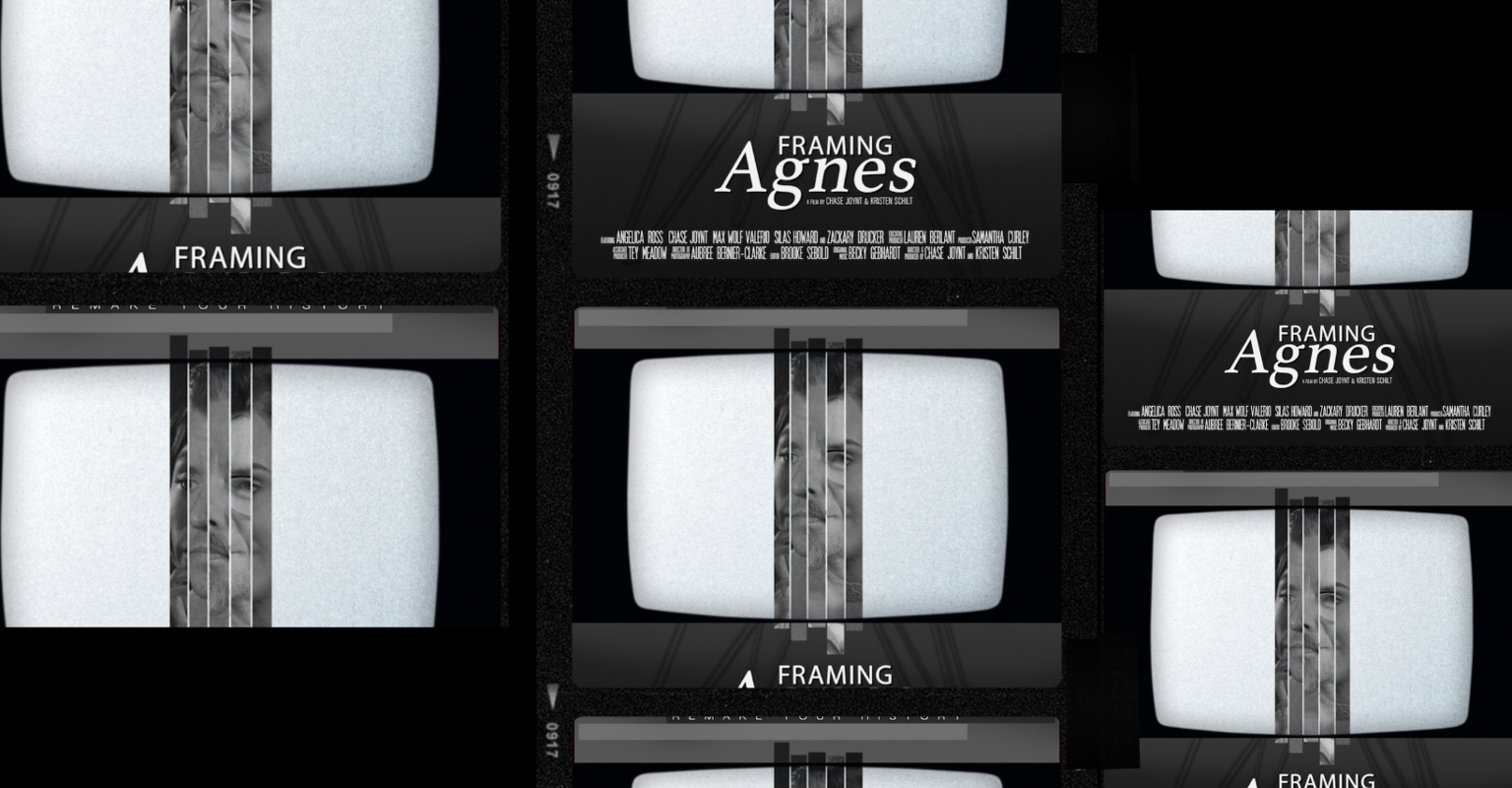 There is a window into another era that exists within Chase Joynt’s Framing Agnes. It’s an era that was locked away in a metal filing cabinet for decades, where the stories of trans people from the 1950s and 60s were left to be forgotten until Chase Joynt and Kristen Schilt discovered them. Though it may not sound like much to some, the discovery of these transcripts of a collection of trans people discussing their lives and identities with Robert Stoller and Harold Garfinkel at the UCLA Medical Center offered a rare glimpse into what life as a trans person was like over half a century ago.

These transcripts are at the core of Framing Agnes (both the feature documentary premiering at Sundance this year and the short film that was developed into it) and the reenactments of them that populate the film are sincerely fascinating. In a way, it brings a voice to the voiceless that deserve to speak their own truths; a moment for trans people to engage with elders they never got to meet. The importance of these found texts and the archiving process that went into discovering them is not lost on me, and the film rather directly makes a point to note what a rarity something like this is. But the unfortunate truth is that, while the texts themselves are essential and deserve to be heard, Framing Agnes instead allows the actors playing the dead to speak over them.

In crafting his documentary, Chase Joynt (along with co-writer Morgan M Page) seems to wander aimlessly in how to ideally approach these transcripts. While it’s true that both the short film (as co-directed by Schilt) and its feature-length extension oscillate between talking-head interviews that masquerade as “behind-the-scenes” footage and a mock interview reenactment between Joynt (as a talk show host) and the interviewees, they couldn’t be more different. The brevity of their short film required a focus that its feature did not have, and for a film that positions itself as an academic text–one using a wealth of newly discovered transcripts exploring this unique interviewing process at UCLA–it feels deliberately unclear what exactly exists within these texts.

Framing Agnes allows the actors playing the dead to speak over them.

It is explained in the short that there were eight additional records found when discovering Agnes’ interviews and the films both crop out some of these stories, limiting the short to four perspectives and the feature to six: Agnes, Barbara, Denny, Georgia, Henry, and Jimmy. Is it possible there was simply too much text within these interviews to fit in one documentary (or maybe too little from some participants to be worth including?) Absolutely. And yet, Framing Agnes weighs itself down by focusing more on the actors playing these characters and their own personal experiences than those that have never been told before. This comes at no fault of the collection of actors–Angelica Ross, Jen Richards, Silas Howard, Zackary Drucker, Max Wolf Valerio, and Stephen Ira–playing their historical figures or historian Jules Gill-Peterson who serves as the film’s sole source of contextualization, but rather the people in charge of organizing all the threads it introduces.

It’s a film that’s operating on too many modes at once: talking head interviews, black-and-white reenactments of the transcribed interviews, actors wandering in period-specific clothing as though they were these human beings, faux-behind-the-scenes conversations about personal histories, vague analysis of characters, staged direct addresses that would be better suited for a soapbox, and incredibly limited archival footage. That none of these individual parts ever mesh together well is Framing Agnes’ biggest problem, feeling like a filmmaker grasping at ways to engage with (a primarily cis, imo) audience without making it intimate enough for a trans viewer who wants to become more familiarized with the subjects rather than hearing the same historical soundbites and stories that contemporary documentaries about representation, like Disclosure, regurgitate ad nauseum.

Everything about Framing Agnes is imbued with a frustrating vagueness and inconsistency.

Even cis viewers might find themselves a bit lost with the way the documentary leaps between subjects and stories. Where Joynt and Aisling Chin-Yee’s No Ordinary Man had both the intimacy of working with Billy Tipton’s own family and the convenience of designing it around a respectful fictionalized portrait of a trans man, everything about Framing Agnes is imbued with a frustrating vagueness and inconsistency. It’s not nearly interested enough in the stories of these individuals, and instead cares more about dishing out the same history that other broad works about trans people have delivered. That Laverne Cox’s interview with Katie Couric comes up before Harry Benjamin’s name is even mentioned (and only in passing for his association to Christine Jorgensen rather than discussing his extensive work with trans people) is frankly insulting, but more frustrating is the way that each actor spends more time lightly musing on the character they’re playing than they do actually telling their tale.

To be fair, some of the actors have more worthwhile observations than others about how their own experiences intertwine with that of their subject, and some feel like they’re truly taking the time to transform into their subjects. In both fields, it’s Zackary Drucker and Angelica Ross who stand out the most. For the former, it’s not simply because she’s been given the titular role, but because her own fixation with trans antiheroes (as she notes in both the documentary and in the excellent docuseries she co-directed with Nick Cammilleri, The Lady and the Dale) ties into the way that Agnes lied about her medical history and taking estrogen to get what she wanted and needed (inevitably impacting the studies of those who had the power to get the surgeries she longed for.) Ross’s distinct experience with being a trans woman of color is key to her interpretation of Georgia, and her analysis of certain older trans people being less restricted by the culture surrounding them and more “listing privileges [they] don’t want to lose” is one of the film’s sharpest observations.

Framing Agnes is not nearly interested enough in the stories of its individual subjects. It cares more about dishing out the same history that other broad works about trans people have delivered.

Brief moments like this make it easy to understand why Chase Joynt wanted to strike some kind of balance between the past and the present. The issue though lies in how shallow most scenes end up feeling by virtue of how erratically organized they are and how little interest its writers and director seem in actually analyzing their words. Take the way Barbara brings up having a community of other trans people in her testimonial: there is no interrogation of what that means, nor does the film take note of how much it contradicts the notion that trans people of a certain era were forced into stealth roles and had no networks to speak of. It sounds like a minor gripe, but it is simply one of many scenes that contributes to a larger lack of curiosity by a team that is supposed to be dedicated to the exploration of these histories.

By looking at other contemporary documentarians and the way they use various modes of performance to bring new light to historical subjects, it’s plain to see how Framing Agnes could be better framed. Robert Greene’s films (Bisbee 17, Kate Plays Christine, and Procession) feel like the closest analog, creating a collaborative environment between subject and filmmaker to both contextualize and process the histories being explored, but the stories of these six individuals could have been told any number of ways. As many lovely shots of our actors playing dress-up for the documentary as there are, it’s hard not to wonder what this piece could sound like as a well-produced podcast using the same interview gimmick that Joynt features in the film. Even something as simple as thematic, historical, or character organization would be a way to find order within the chaos of too much footage. The seemingly aimless arrangement of content ends up weighing down and betraying what an excellent core concept exists in Framing Agnes. It’s less of a bad film than it is an incredibly frustrating one, full of wasted potential and a disservice to all the important archival work that Joynt himself, alongside many other collaborators, did to create this. The stories and words of Agnes, Barbara, Denny, Georgia, Henry, Jimmy, and the others who weren’t featured, deserve more time, detail, and effort than what was ultimately given to them here.♦