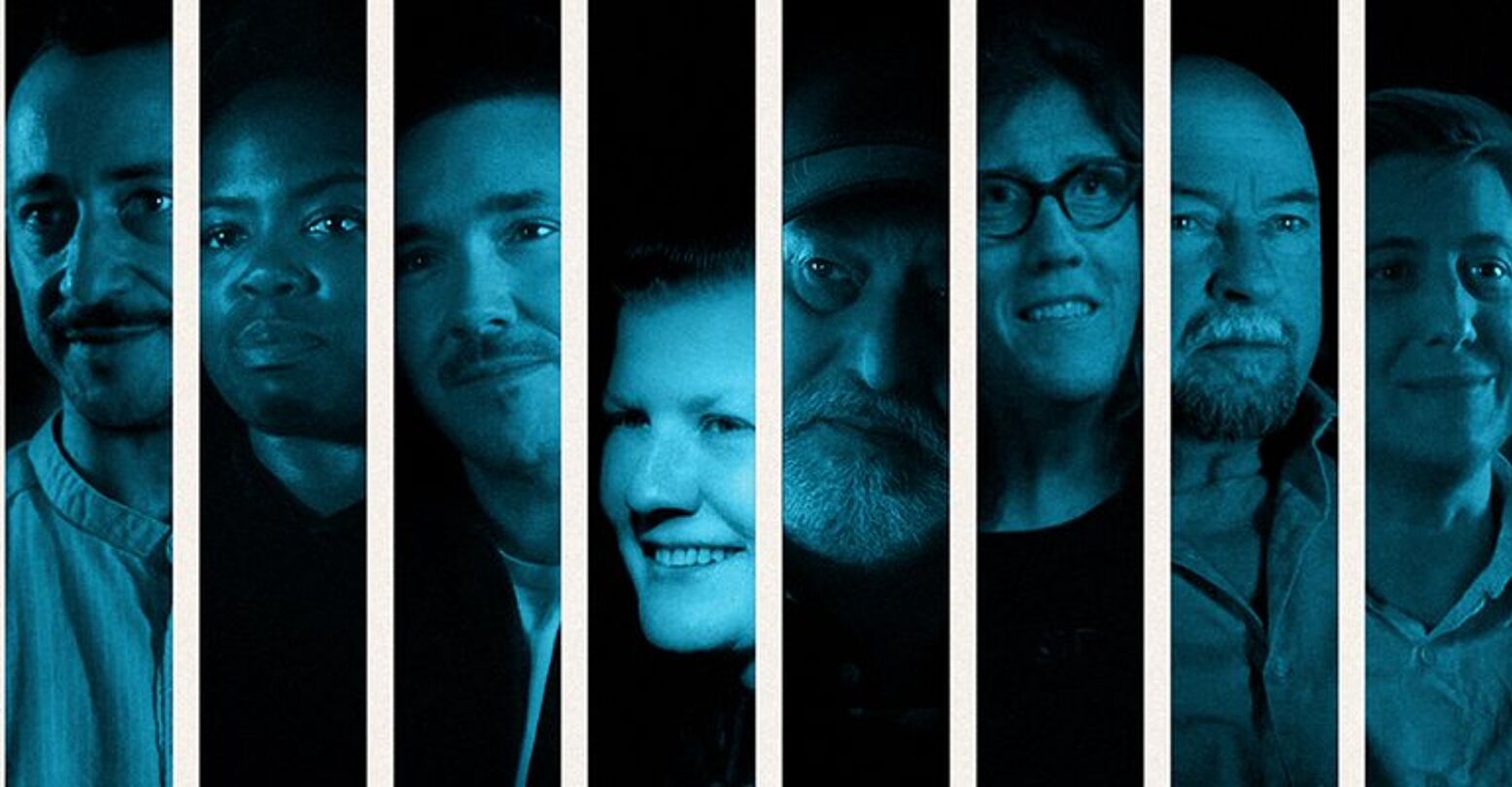 1950s Jazz musician Billy Tipton was legendary, in his own way. As a regional jazz performer, he was able to live in the midwest and maintain a happy family life up until his death in 1989. Then, everything changed. Billy Tipton was trans, and when paramedics found out, so did Billy’s family. The media treated Tipton’s death as tabloid fodder for years, depicting the musician as a great deceiver who only masqueraded as male in order to pursue a career in jazz. In 1998, Tipton biographer Diane Middlebrook went out of her way to write a biography using this harmful trope as its central thesis. “Suits Me: The Double Life of Billy Tipton” was considered the last word on the subject for decades, until a generation of trans artists, writers, and activists learned about Tipton’s story and reclaimed it as a rightful part of trans history.

That reclamation is on beautiful display in Aisling Chin-Yee and Chase Joynt’s No Ordinary Man, written by Chin-Yee and Original Plumbing co-creator Amos Mac. Gathering together trans icons like Susan Stryker, Zachary Drucker, Marquise Vilson, Kate Bornstein, Jamison Green, and C. Riley Snorton, No Ordinary Man pieces together a portrait of a life long and willfully misunderstood by a world that didn’t understand him. The film, both a heartfelt, generous portrait and an accountability project, has already earned its status among the great, classic trans documentary canon.

INTO spoke to Joynt, Chin-Yee, and Mac about the film’s approach to uncovering one of our indisputable heroes. 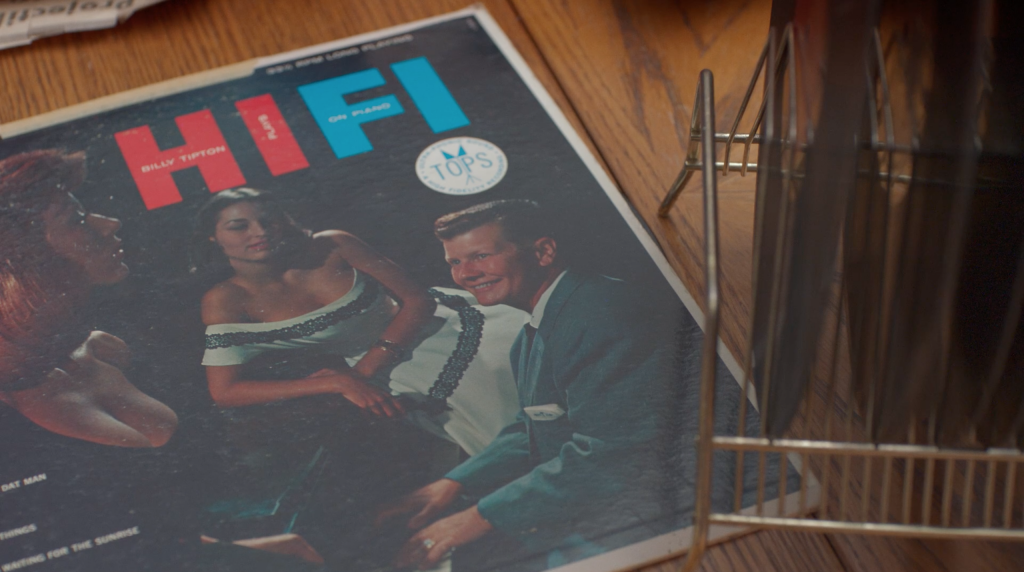 INTO: The Billy Tipton story has been so long dominated by that horrible Diane Middlebrook biography, which frames Tipton as a kind of secret #girlboss. How were you able to sort of claim it from that?

AMOS MAC: So the Middlebrook archive is actually a huge source, well-researched on her end in terms of finding people who’d been in Billy’s life. But the way she wrote it, she framed it from the beginning as looking at it through the eyes of Kitty Tipton*, Billy’s wife. It was like “what if I were Kitty Tipton, what if I were all the girlfriends from all the years,” and with pronouns all over the place and the language was not preferable. So Ash and I went through the Middlebrook archives. We saw that she’d been interviewed and gifted FTMI Newsletters**, there was all this proof that she had known trans men existed and that there was a culture and a community around it. So that was a huge moment of like, “oh wow.”

CHASE JOYNT: Gossip is such an extraordinary part of trans history and in and of itself, its own kind of archive. So we knew that investing in our interlocutors, our experts of trans history, was the way to position Middlebrook’s book as only one of a variety of sources that we could use to tell this story. That way we could use it for what it was—which is an incredible collection of data points and information—and let the rest go to make narrative space for other forms of interpretation and inhabitation. 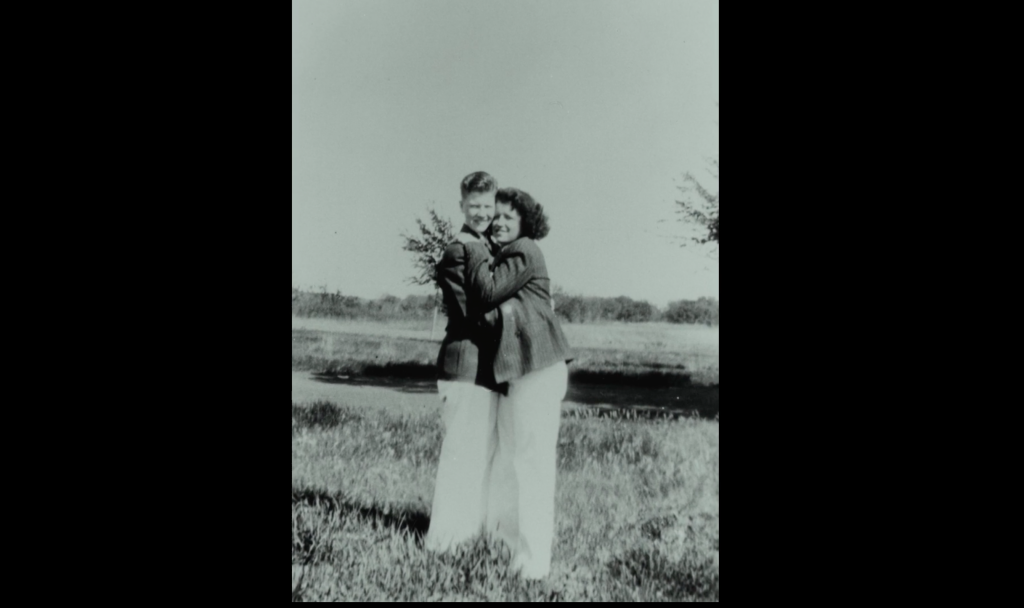 INTO: I’m wondering, with both Chase and Amos being trans men, what was the burden of empathy, I guess, for both of you doing this project?

MAC: For me, it was having to acknowledge and honor the fact that Billy, as far as we know, probably never said or heard the words “trans man” or “transmasculine.” That was something that was always in my mind, the way language is changing and how we tell the story changes, and we really don’t know what Billy felt other than what’s quoted in that Middlebrook book, always through various other people and never directly through him.

JOYNT: I think one way to think about it is to think about the kind of community that’s built through our participants. What does it mean to have a room full of transmasculine talent, reflecting on the state of contemporary transmasculinity? That’s one way we can sort of set the stage for empathetic attachment to historical subjects. But then another way to get at empathy is to talk about Billy Jr. (Tipton’s son, who held him as he died) and really think about Billy Jr. as also negatively impacted by the kind of media and legal apparatus that has enforced boundaries around the Tipton story. We’ve watched him feel trapped by the same systems and struggles, and so all of us really were taken aback by and excited by the opportunity to think through these questions with Billy Jr. so many years later.

INTO: What’s the next iteration of this story, do you think? Or what do you hope will happen with the Billy Tipton story?

JOYNT: From the nonfiction space, I remain hugely invested in the poly-vocal approach. I think this is what happens when you decentralize and you stop putting all of your narrative attention in one place, and instead allow for multiple people and multiple voices and multiple experiences to emerge. I hope our project is a meaningful example of what happens when you really deeply invest in that kind of storytelling strategy. And I think from a fictional standpoint, there’s so much that goes unexplored in our project because we ask a different set of questions. We ask sort of ‘what’s at stake when you approach a story like this’ and ‘for whom does it matter most,’ but there’s a world of narrative possibility if you wanted to invest in the details of his life. As he was coming of age, as he was experiencing love and romance and heartbreak and fatherhood. 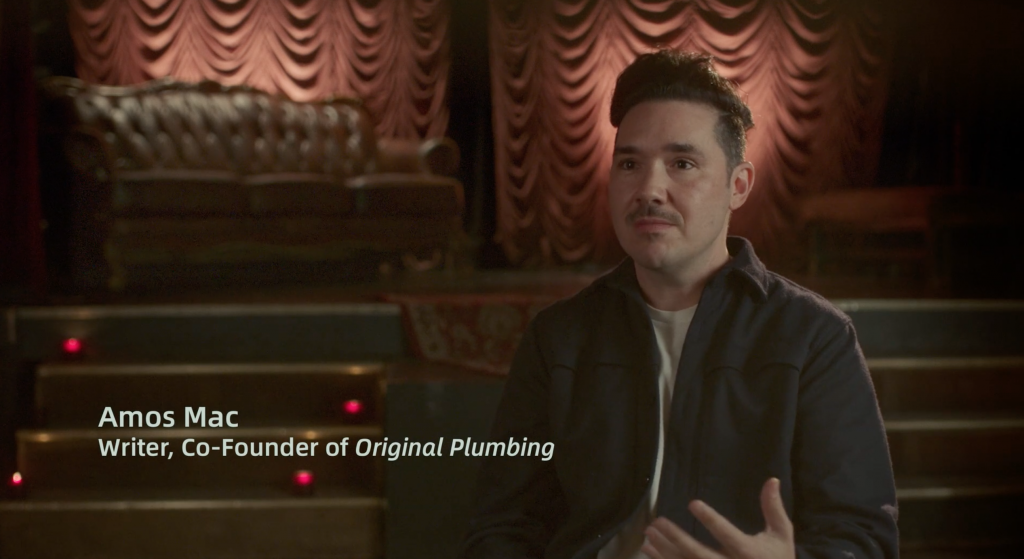 AISLING CHIN-YEE: I agree totally. I think one of the things that’s great about our film sitting alongside a bunch of other films coming out at the same time is that we’re all contributing to this to this idea. So there’s Billy, but you also get to meet all of these actors in the film. The question that people will often ask is about like, wanting to see more of these guys that are really talented and so it’s like, “oh look, we’re showcasing some amazing talent,” and of course there’s so much more that didn’t make it into the movie because that was just one narrative thread or device for us. But also something we always kind of return to was the question of fantasy and fiction versus reality, and so there can be multiple interpretations of who Billy is or who anybody is. Anybody’s life could be told from hopefully a more complex and interesting lens. By probing at the deeper parts of humanity that aren’t just about identity, because there’s a lot more going on.

MAC: I hope it inspires other creators to tell stories. To dig into the trenches, the family tree, the historical archives, and find untold stories and tell those through documentary and through fiction. I’m always excited to see more and more and more.

INTO: Did anything come up that you weren’t expecting?

JOYNT: There was a moment, after I outed myself to Billy Jr., that we didn’t show. He took a moment, and got up and got himself a cup of coffee, and sort of reassessed his surroundings. Then he came back into conversation with us and said, ‘you know, there were some times where people would call my dad, ma’am. And I used to be so mad about it, and he used to say, Why are you getting so mad, it doesn’t matter, they just made a mistake.’ Wow. And it’s this like, unbelievable insight to the complexity of Billy Jr’s relationship to his dad that he will never put on camera, that he would never talk to us about when he was sitting down in that interview. But something about my outing and the new kind of intimacy of the room inspired this kind of disclosure. It was one of those things for me that has left a very significant lasting impression, long after we wrapped.

“I hope [the film] inspires other creators to…dig into the trenches, the family tree, the historical archives, and find untold stories to tell.”

INTO: Billy Tipton has been claimed by a lot of different groups throughout the years, including TERFS and lesbians. Have you gotten any weirdness about the movie so far?

JOYNT: Not really, but I came across a Facebook post. A festival was screening our film, and the person who was responsible for screening posted something incredibly complimentary like, “this is an extraordinary film, everyone on my team should go see it.” And in the comments, there’s this quite aggressive contributor, who was like “I couldn’t even make it through, had to like force myself to sit through the latter half of the film,” which, you know, not to be braggy but we don’t have a lot of feedback from people saying they can’t make it through the film. Like it’s pretty much the exception to the rule. And this person was so mad that we had approached the story from a transmasculine perspective, and felt deeply betrayed generationally, from a position that I think was perhaps more complex or more Butch-identified or more willing to live in a zone of female masculinity. Like this is some of the language that’s being used in the posts. and I spent a lot of time thinking like, ‘Is this the time where I’m going to jump into a comment because I am like, “yeah, you know, like, you entirely missed the point, the film is actually attempting to address the very complexity that’s baked into your critique here.”‘

MAC: Okay so I saw the same thing. I saw it a couple weeks ago and I was going to reach out and be like, ‘did you see this,’ but I definitely didn’t get involved, I just kind of perused it and I was like ‘oh interesting critique.’ But it’s interesting that you (Joynt) and I had made assumptions around the person who’s writing it about their gender. I thought that there was like, I don’t know, I thought they were a trans man, but I don’t know.

*Kitty Tipton was not aware that Billy was trans until after his death, despite Diane Middlebrook’s assumption otherwise.

**FTMI was a physical newsletter created by trans activist Lou Sullivan in 1986. Another FTMI President, Jamison Green, also features in the documentary.