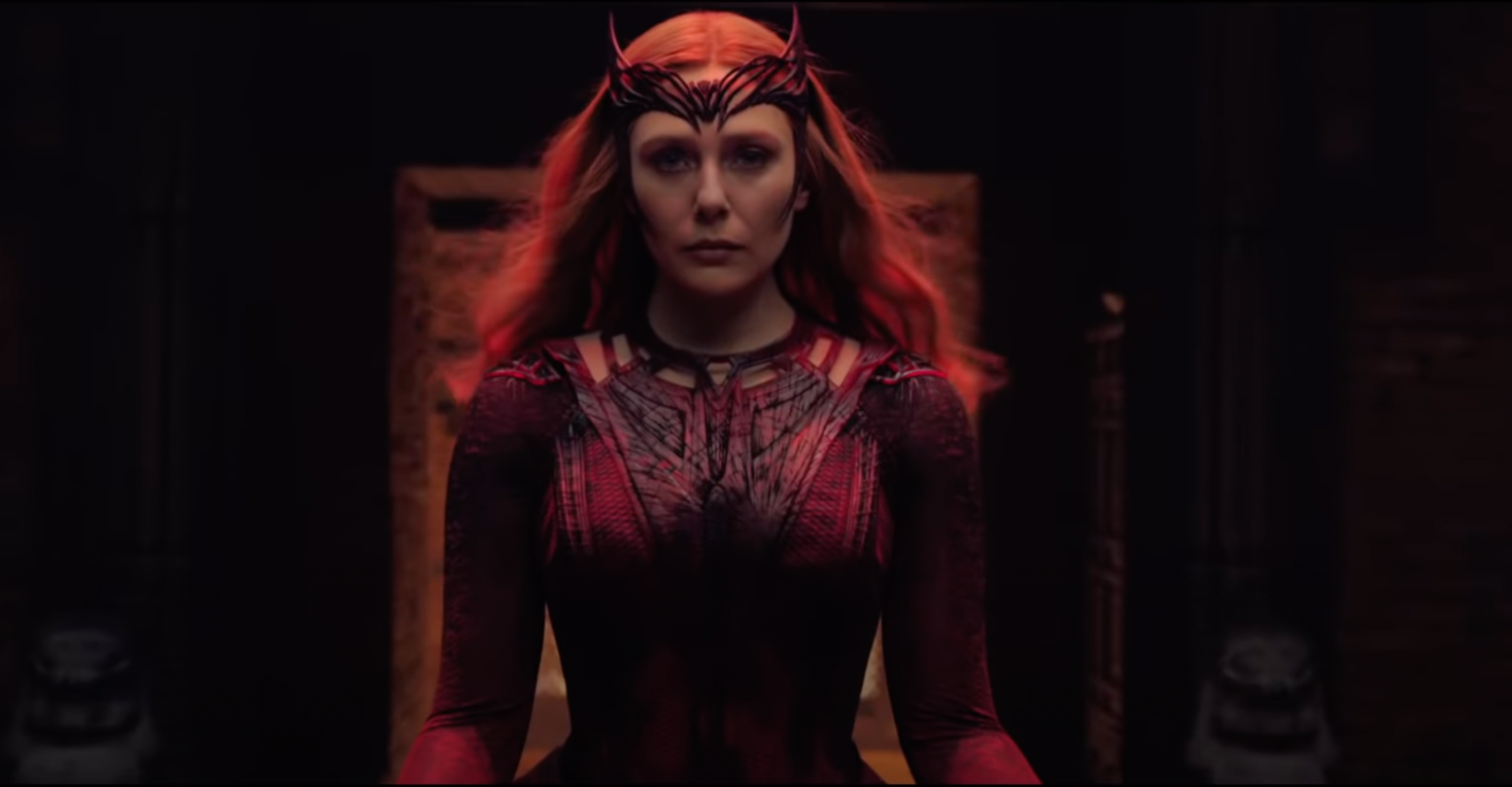 2022 San Diego Comic Con (SDCC) starts Thursday, July 21. and it’s bound to be full of geeky goodness. Comic Cons have long been places for like minded fans to nerd out, gain insight on upcoming superhero projects straight from the mouths of actors, directors, publishers, and writers alike, and build community. It has also been a space for queer and trans folks to embody elements of their favorite characters in cosplay and establish a Comic Con community that includes everyone.

And one thing that this community keeps asking for is a standalone Scarlet Witch film.

Elizabeth Olsen brought the character Wanda Maximoff to life in Avengers: Age of Ultron. The Sokovian powerhouse became a mainstay in multiple Marvel films, but never a main character, until finally receiving her own TV show WandaVision in 2021. Leading the charge on the new set of MCU TV shows, WandaVision became a commercial and cultural hit, sparking numerous online conversations, several memes, and new Halloween costumes for queer folks all over.

Seeing her embody the characteristics of sitcoms throughout the decades and give a nuanced performance full of strength, emotion, and camp, made Marvel fans new and old fall in love with her character. Not to mention many queer and trans folks see their stories of resilience within Wanda’s. Oh and we can’t forget that she’s the mother of two of the most powerful kids on the planet, Billy and Tommy, who just so happen to be canonically queer in the comics.

Aside from Kathryn Hahn’s Agatha Harkness and her catchy bop, Wanda became the Scarlet Witch and a queer icon in her own right. And her loyal fans have maintained their support for her, even in her villain role in Doctor Strange in the Multiverse of Madness.

an actual representation of the scarlet witch in the middle of a crowd of gay men that call her mother pic.twitter.com/qMvwyGHr5g

And while the events of Doctor Strange 2 leave room for multiple possibilities, LGBTQ MCU fans are hoping one of those possibilities is a Scarlet Witch film. There’s so much excitement for it that SDCC is now being called “WandaCon”.

@Kevfeige if u want to really represent the gays, Scarlet Witch Trilogy including her Wiccan & Speed. Thank u 😌

I honestly did not expect #wandacon to get so big 😭 pic.twitter.com/lV3SeQZla1

If Feige doesn’t already have a Wanda announcement planned for Saturday he better throw one together cause we didn’t get #wandacon trending for nothing pic.twitter.com/sgoeAlBT0D

me jumping the janitors @ marvel headquarters for any info over the scarlet witch’s future projects pic.twitter.com/pXhT2S9jKK

Me and the girlies if they don’t announce the scarlet witch movie at SDCC#wandacon pic.twitter.com/rXpGN85TbO

It’s Wanda’s world and we are just living in it. Hopefully that world comes with a new film too.