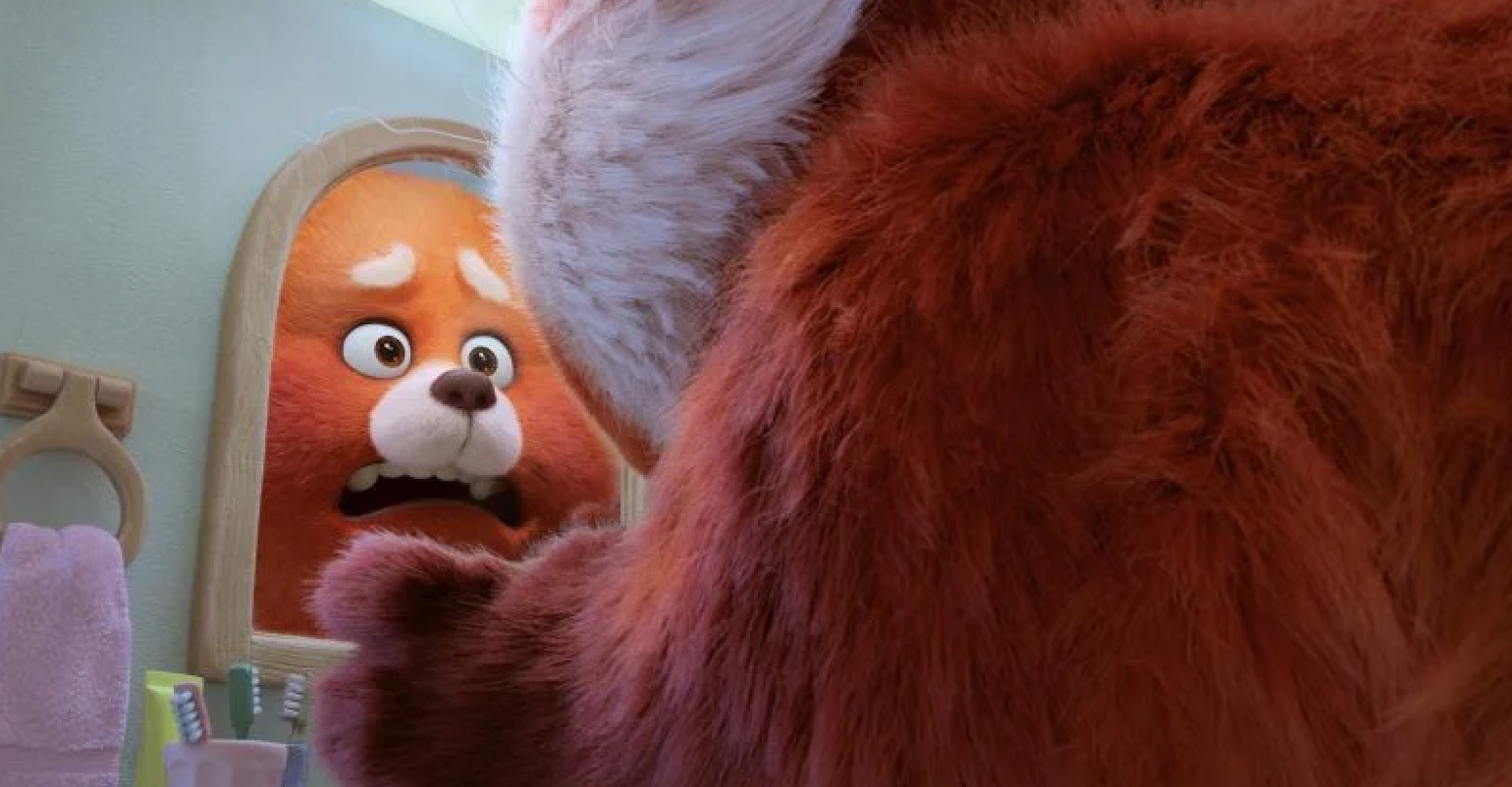 Fresh from “accidentally” telling a queer narrative in Luca that had viewers finishing the movie and saying “Holy shit, it was gay,” Pixar has dropped the first trailer for Turning Red. In just a minute and fifty seconds, the scenes starring Rosalie Chian as Mei Lee and Sandra Oh as her mother, Ming, managed to hit multiple notes that open it up for a queer read.

To be clear, this doesn’t mean that the character is LGBTQ+ or that there is any romance in this trailer. As with Luca, the trailer hints at telling a story that could serve as a metaphor for life with a queer identity without needing to explore romance or sexuality. Whether this was the intention of director Domee Shi (whose directorial debut, the short form Bao, won her an academy award) doesn’t affect whether this is a film where queer people might be able to see themselves.

As with Luca, Turning Red hints at telling a story that could serve as a metaphor for life with a queer identity without needing to explore romance or sexuality.

The trailer opens on what appears to be Mei Lee’s first day in a new school as she struggles to keep her anxiety and emotions in check when her overbearing mother is spotted spying on her. The sudden transformation into a giant red panda seems to be something that she fears, but fully expects, and from there the vibe of trans-girl-hitting-male-puberty only grows. Mei Lee is subjected to the rapid growth of an excessive amount of body hair, a shocking increase in size, a deep roar in place of her voice, unexpected strength, and a burst of anger that she is unable to control. All signs that will be familiar to anyone who has experienced a sudden influx in testosterone.

As Mei Lee looks down at her new body, she seems disgusted by the sudden changes and quickly flees the social setting to head home. The trailer’s introduction of its slogan, “growing up is a beast,” only serves to highlight the focus on changes associated with aging as this character enters her teens. While this could be thought to be a story about cis-puberty, the red panda imagery allows for a clear trans reading.

Mei Lee is subjected to the rapid growth of an excessive amount of body hair, a shocking increase in size, a deep roar in place of her voice, unexpected strength, and bursts of anger: all signs that will be familiar to anyone who has experienced a sudden influx in testosterone.

Mei Lee’s struggles with her physical appearance run from the very opening of the trailer up to its last moments. In the classroom, she is wearing a fully buttoned-up thick red cardigan and large woolen hat while many of her classmates are in t-shirts and opened coverups that do less to hide their physical appearances. In her bedroom, she attempts to calm herself as she grooms herself in an attempt to return to presenting as a human girl, an effort that only grants her momentary reprise from her enlarged form.

All of this doesn’t even touch on the fact that the second half of the trailer is scored to The Backstreet Boys’ “Larger Than Life.” The band, while not queer themselves, are as synonymous with the LGBTQ+ community’s club life as Britney Spears and Lady Gaga. The choice to use the song, on top of all the other imagery in the trailer can’t have been an accident.

Disney’s animation properties have been dancing around LGBTQ+ representation in their media for years, most recently making a big deal about including background and minor queer characters. Disney’s live-action media have faced a similar problem, combined with mentioning that a major character is LGBTQ+ and then not exploring it. Luca and Turning Red seem to be picking up Frozen’s legacy of providing narratives that follow queer experiences or can serve as queer allegories. Sooner or later, Disney and Pixar are going to have to take the final step and portray an openly LGBTQ+ protagonist in their media.