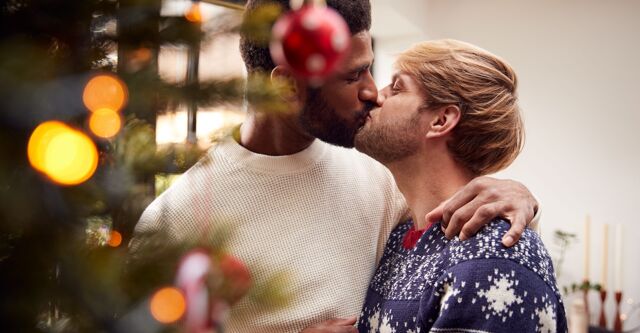 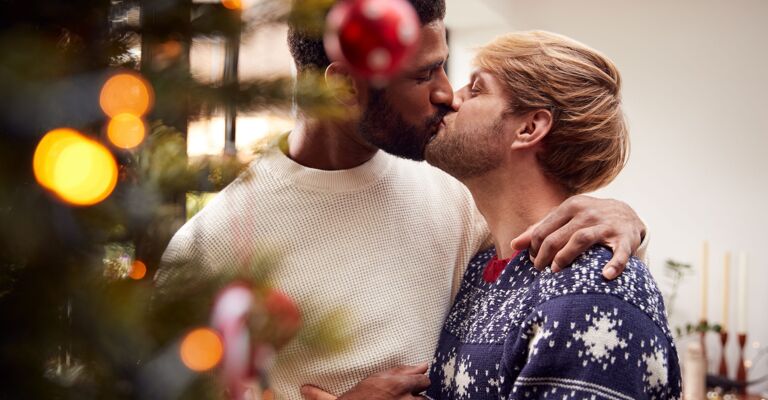 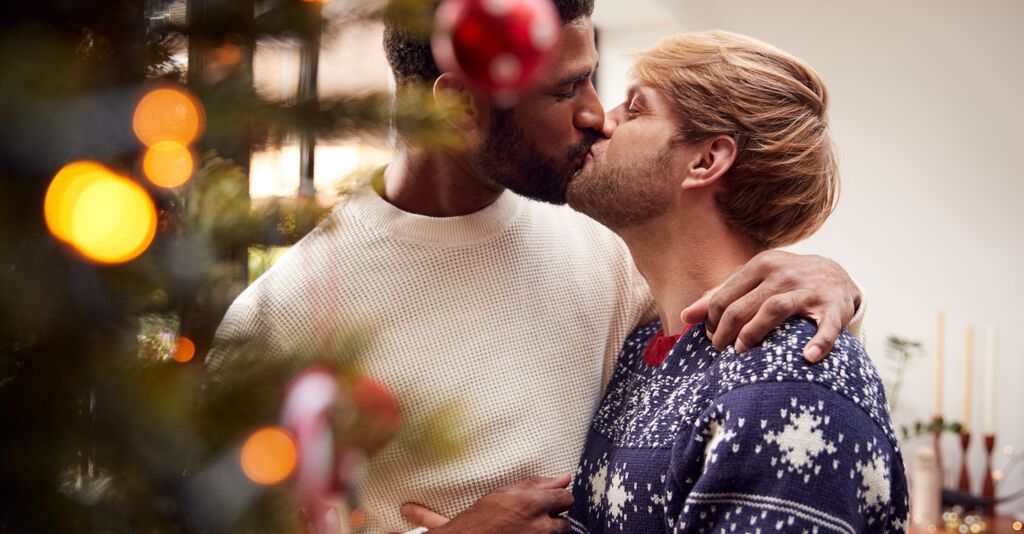 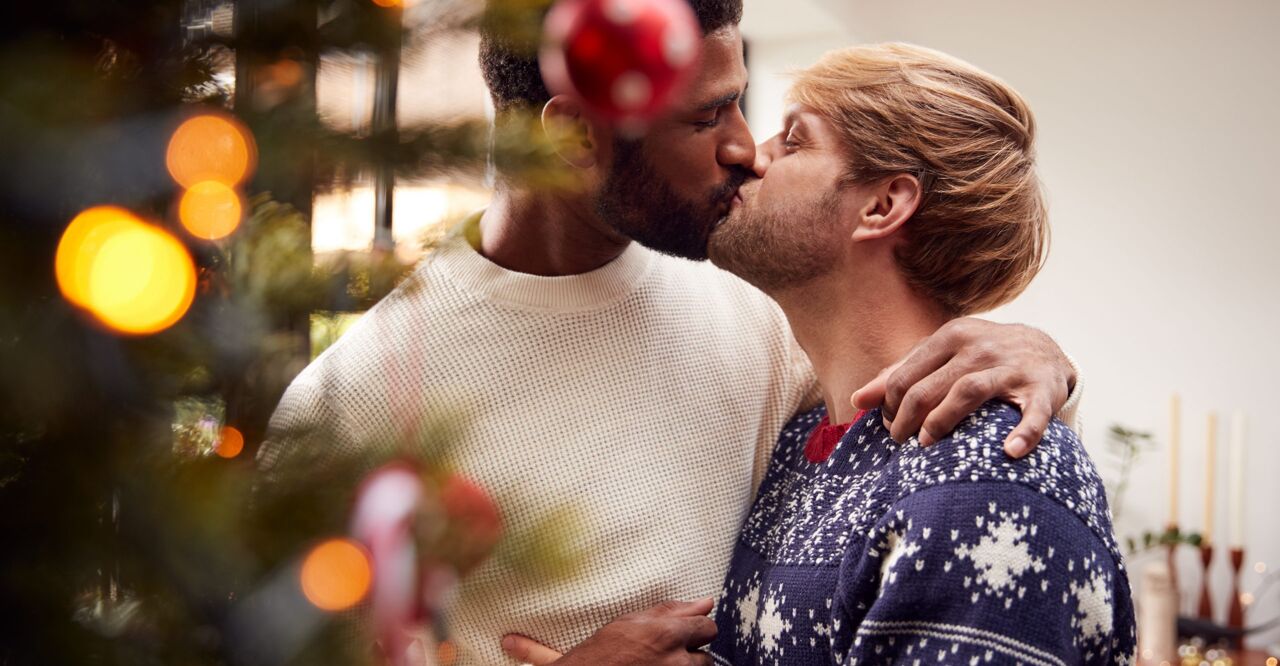 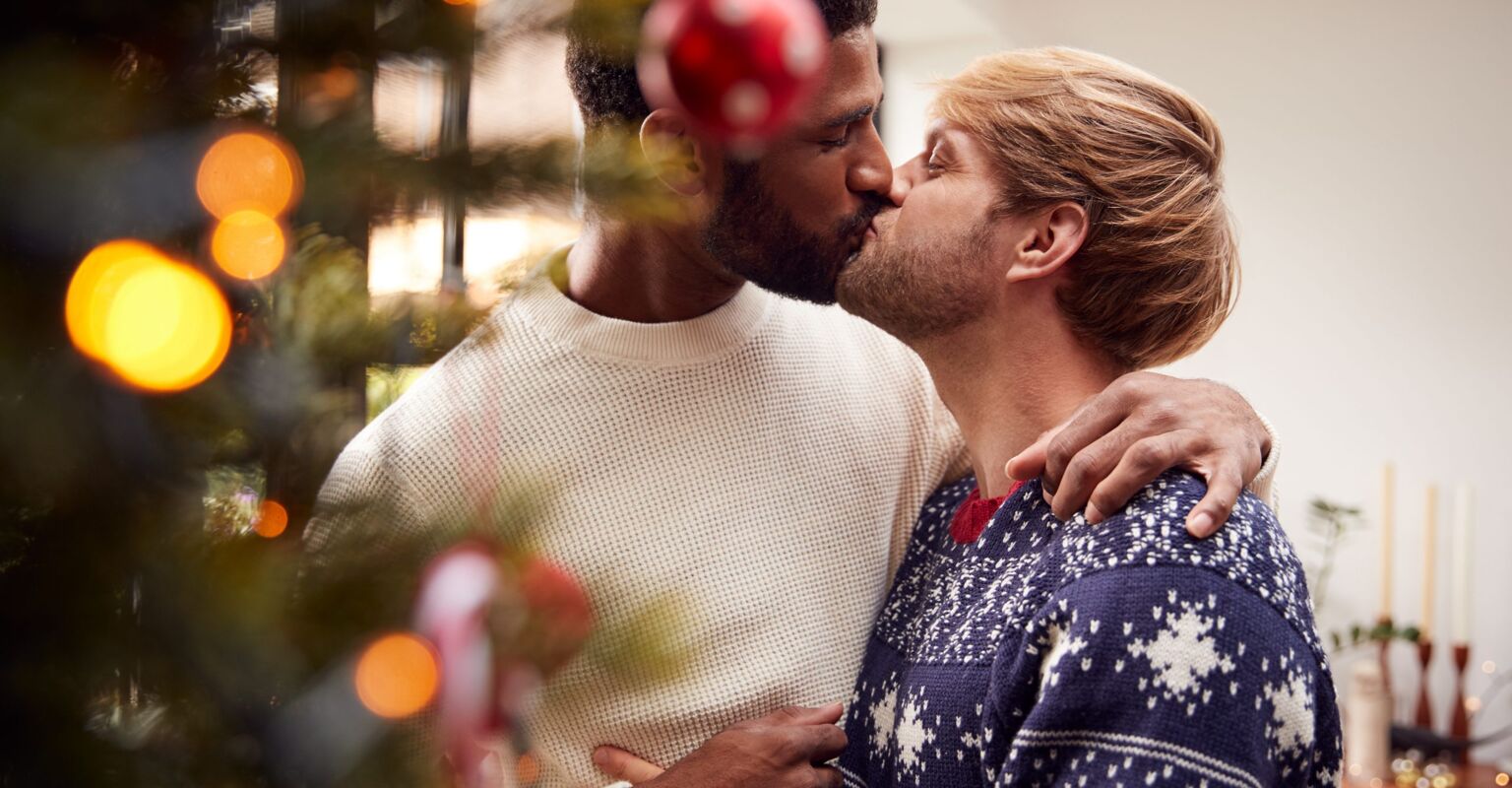 It’s been a few days since Halloween, and that means our collective mandatory transition to the Holidays is already underway. Sorry, we don’t make the rules. But before you spend the next month (at least) untangling that ball of string lights buried in the back of your closet, let’s take a look at how 2021’s upcoming queer holiday films are comparing to last year’s extremely gay yuletide.

This romantic comedy miniseries follows the Diaz siblings, Lily and Jorge, as they navigate family gatherings while looking for love. Included among the Hispanic cast are a gay couple and a transgender love story.

Showrunner Gloria Calderón Kellett commented in an interview with Variety: “I started writing as a way to create characters and stories that represented myself and the community I love. After such a heavy year, there was nothing I wanted more than to see a happy, warm, loving family that looked like mine, celebrating trauma-free and falling in love.”

Single All the Way

“Desperate to avoid his family’s judgment about his perpetual single status,” the synopsis reads, “Peter (Michael Urie) convinces his best friend Nick (Philemon Chambers) to join him for the holidays and pretend that they’re now in a relationship. But when Peter’s mother (Kathy Najimy) sets him up on a blind date with her handsome trainer James (Luke Macfarlane)— the plan goes awry.”

This A24 Thanksgiving feature, based on the Tony award-winning play of the same name, stars Amy Schumer as the lesbian daughter going through a breakup.

According to the official description: “Set inside a pre-war duplex in downtown Manhattan, The Humans follows the course of an evening in which the Blake family gathers to celebrate Thanksgiving. As darkness falls outside the crumbling building, mysterious things start to go bump in the night and family tensions reach a boiling point.”

The Bitch Who Stole Christmas

RuPaul is blessing us this year with her very own comedy Christmas romp starring twenty Drag Race contestants.

VH1 teases: “In the draggiest Christmas movie ever made, a workaholic big-city fashion journalist is sent to a Christmas-obsessed small town to dig up a story when she finds herself in the middle of cut-throat housewives, a high-stakes “Winter Ball” competition, and a sinister plot that could destroy Christmas fore-evah!”

The Christmas House 2: Deck Those Halls

Under the Christmas Tree

According to the synopsis: “Marketing whiz Alma Beltran (Elise Bauman) and Christmas tree whisperer Charlie Freemont (Tattiawna Jones) cross paths when Charlie finds the perfect tree for the Maine Governor’s Holiday Celebration – right in Alma’s back yard. While they initially spar, romantic sparks soon begin to fly between the two women as the enchanting tree and some Christmas fairy dust from the town’s pâtissière extraordinaire (Ricki Lake) bring out the best in them and spark each other to take leaps of faith and fight for love and Christmas magic.”

Tags: Christmas, Homo for the holidays, single all the way