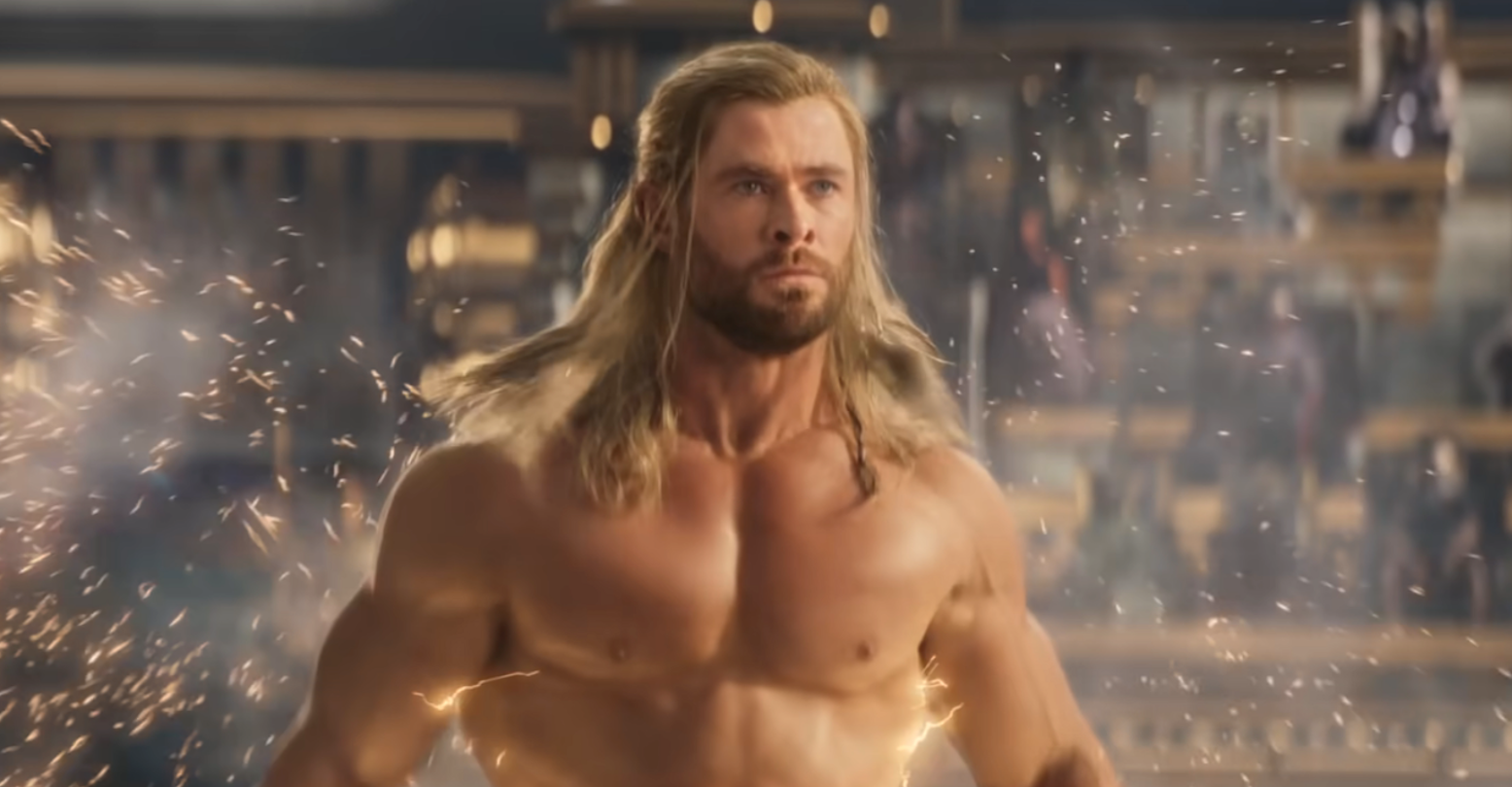 The official trailer for the upcoming fourth Thor film, Thor: Love & Thunder, shows a character doing what so many of us have fantasized about: flicking away Chris Hemsworth’s clothes with a snap of the fingers. It’s so hard to watch someone else live your dreams. While the nudity was blurred out, fans are now speculating that this was only for the trailer, and Thor: Love & Thunder might give us our first Marvel butt (not counting the Hulk’s CGI butt).

The moment marks the glorious return for Thor’s chiseled muscles, which looks to be a big part of his arc. As Korg’s voiceover in the trailer narrates during an exercise montage: “He went from dad bod to god bod.” Meanwhile, fans who enjoyed Thor’s cuddly, beer belly look in Avengers: Endgame are in mourning and have requested privacy during this difficult time.

Director Taika Waititi weighed in on the nude scene in a conversation with ComicBook.com. “We all knew we wanted to do it from very early on,” Waititi said. “That was in the first draft of the script actually and Chris was on board as well. You know, I think you have a body like Chris, like, you know, even he understands. It would be just, it would be a waste to not show it off. It would be a crime against humanity. So, you know, it’s, you have to provide for the masses.”

Incidentally, the part where Thor’s clothes are ripped off is the most replayed segment of the official trailer on YouTube. Consider the masses provided for.

Additionally, Thor: Love & Thunder has promised to give Valkyrie a larger role, which may mean an exploration of her bisexuality. In the previous film, Thor: Ragnarok, a brief bisexual scene featuring Valkyrie was cut for distracting from the main plot. The trailer also heavily teases the return of Jane Foster (Natalie Portman), Thor’s ordinary human girlfriend who is now inexplicably wielding the repaired Mjollnir.