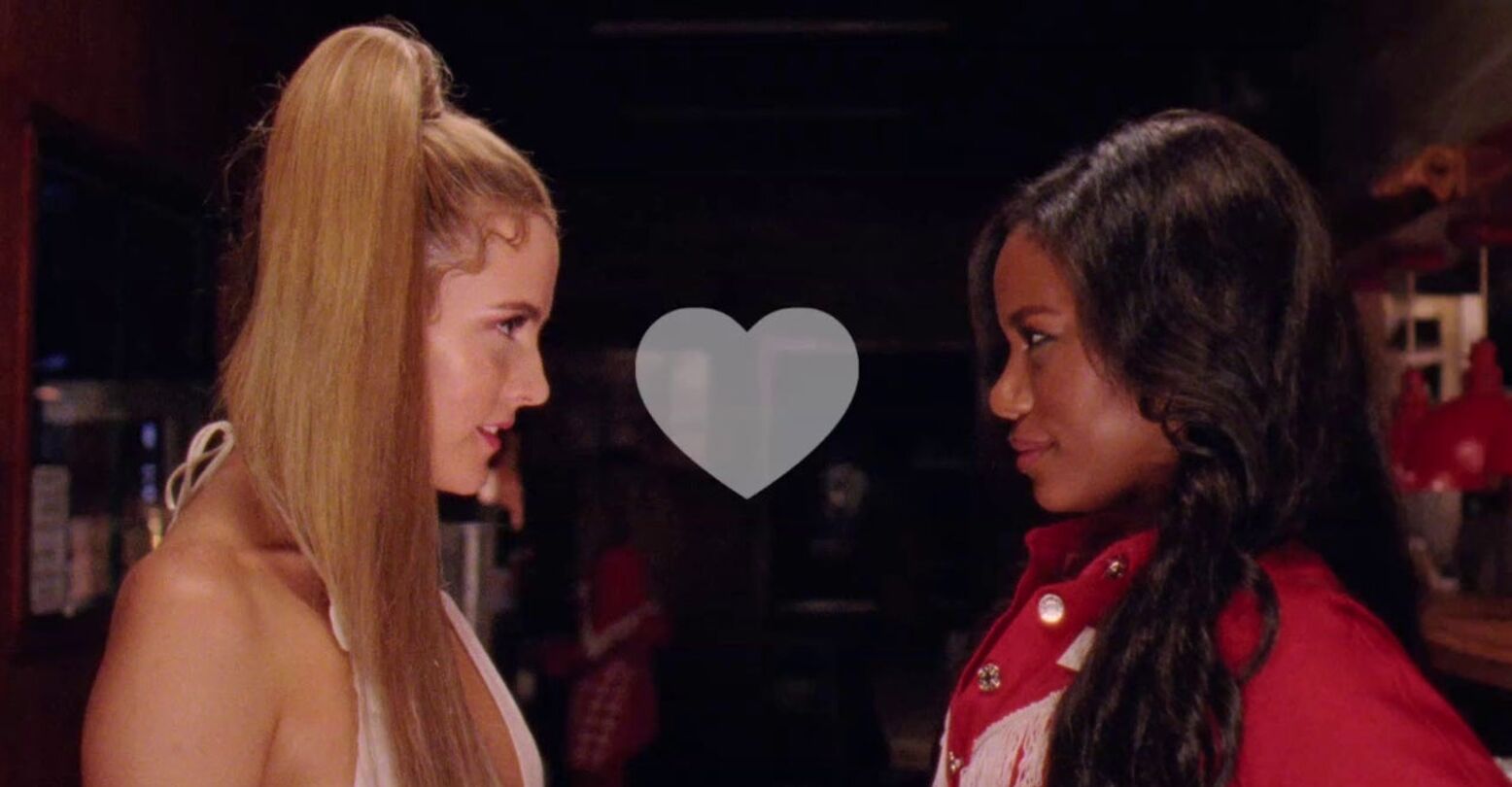 Thus spoke Zola, or A’Ziah King, in a  2015 Twitter thread that spanned 148 tweets. Rather than simply present that line, Janicza Bravo and Jeremy O Harris’s cinematic adaptation introduces us to this story by starting in an ethereal space; a hall of mirrors ready to reflect our protagonist Zola and her newfound best friend/worst enemy Stefani upon each other. The story of Zola is a queer tale as old as time: meeting someone who understands you in an unexpected space, developing a meaningful connection based on mutual attraction and traits, and crashing and burning as soon as you realize who the other person really is outside of the bubble you’ve created.

As a film, Zola understands how high the highs can be before you hit the lows. The ceaseless texting between Zola and Stefani, down to the point of ignoring those around you, is perfectly presented, followed by the willingness to just jump into a car for a chance to spend more time with that person, especially when being associated with them offers the promise of a prize (i.e.: a huge amount of money for dancing). There is a sincere admiration in the looks that Zola and Stefani give each other at first, both succumbing to the appeal of something new in the other.

The start of its road trip scene, with the whole group jamming to Migos’ “Hannah Montana”, is so playful in its presentation—a stark contrast to the aesthetic self-seriousness of something like Waves’ Floridian highway drives–the camera’s gaze bouncing around like whatever Instagram story you’ve decided to skip through. There’s such a casualness to the sexuality that is presented on screen, but it doesn’t stop a compliment about someone’s tits from feeling like more than just a compliment. The way Bravo and Harris’ script present their initial interactions makes it feel as though Stefani offers Zola a different kind of desirability than what she’s accustomed to. It’s a connection that, for at least a brief moment, goes beyond those she usually encounters in her gigs, whether that’s dancing for skeezy dudes or waiting tables.

Rooms feel as claustrophobic as they are expansive, with mirrors being the only consistent feature. Even when one tries to look away, the situation they’re in is reflected back at them.

Bravo builds up this beauty, this possibility of fun, only to take it down exquisitely, with the red flags appearing almost immediately. It’s not just the confederate flag lurking in the distance of Floridian landscapes, or even the way her newfound white friend plays up her proximity to Blackness, or even the way a white man tells Zola she looks like Whoopi Goldberg while she dances. Those are the explicit cues, the ones that make the audience laugh and cringe at the same time. But Zola’s deep disappointment is made apparent in the way that Bravo frames her shots and blocks her actors.

Rooms feel as claustrophobic as they are expansive, with mirrors being the only consistent feature. Even when one tries to look away, the situation they’re in is reflected back at them. This rings especially true for Zola, who threw herself into a situation expecting to play one type of role, with her mirror montage of embracing different outfits being the best visual showcase of the roles women play to survive situations. The pivot from casual outing to suspenseful situation is part of the appeal of the original thread, and the way Bravo juxtaposes Stefani’s sexual situations with Zola’s discomfort at being involved in them (despite inevitably becoming something of a pimp herself for the other woman) is nothing short of brilliant, a deft handling of the tonal whiplash the thread prompts.

The story of Zola is a queer tale as old as time: meeting someone who understands you in an unexpected space, and crashing and burning as soon as you realize who the other person really is outside of the bubble you’ve created.

Once that lust is gone, it can’t be found again, and despite all the action happening on screen, Zola makes a point of emphasizing just how exhausting the whole experience is. It’s why the fun of the initial drive is contrasted against an onslaught of extended night drives shots. Mundanity takes over completely, and even the most absurd situations—a house of men, all in matching boxers, discussing the terms of a gang-bang versus just getting head—become something to just get through as quickly as possible. Bravo visually takes it as far as having Zola literally turn down the volume on what’s going on around her while she focuses on figuring her own shit out. You don’t want to turn and look at what the thing you once desired has become something you’re repulsed by, but you also can’t help but still feel somewhat entranced by it and obligated to care about it, while still wondering if that allure was ever there in the first place.

Critics noting the flatness of the ending or not understanding why Zola fell for Stefani in the first place seem like they’re missing the points the film makes both narratively and aesthetically. A good Twitter thread should keep you on the edge of your seat, scrolling through almost frantically trying to find out what happens next, until it doesn’t. Until it ends just like many fresh friendships do. Until you’re sitting there, feeling a little empty, staring out the window and wondering when the next grand adventure will come. That desire and that disappointment was what it was all about for Zola, as well as for the audience, and we can only hope the next story—the next adventure, the next destination, the next woman—will be as captivating as what was just experienced.♦