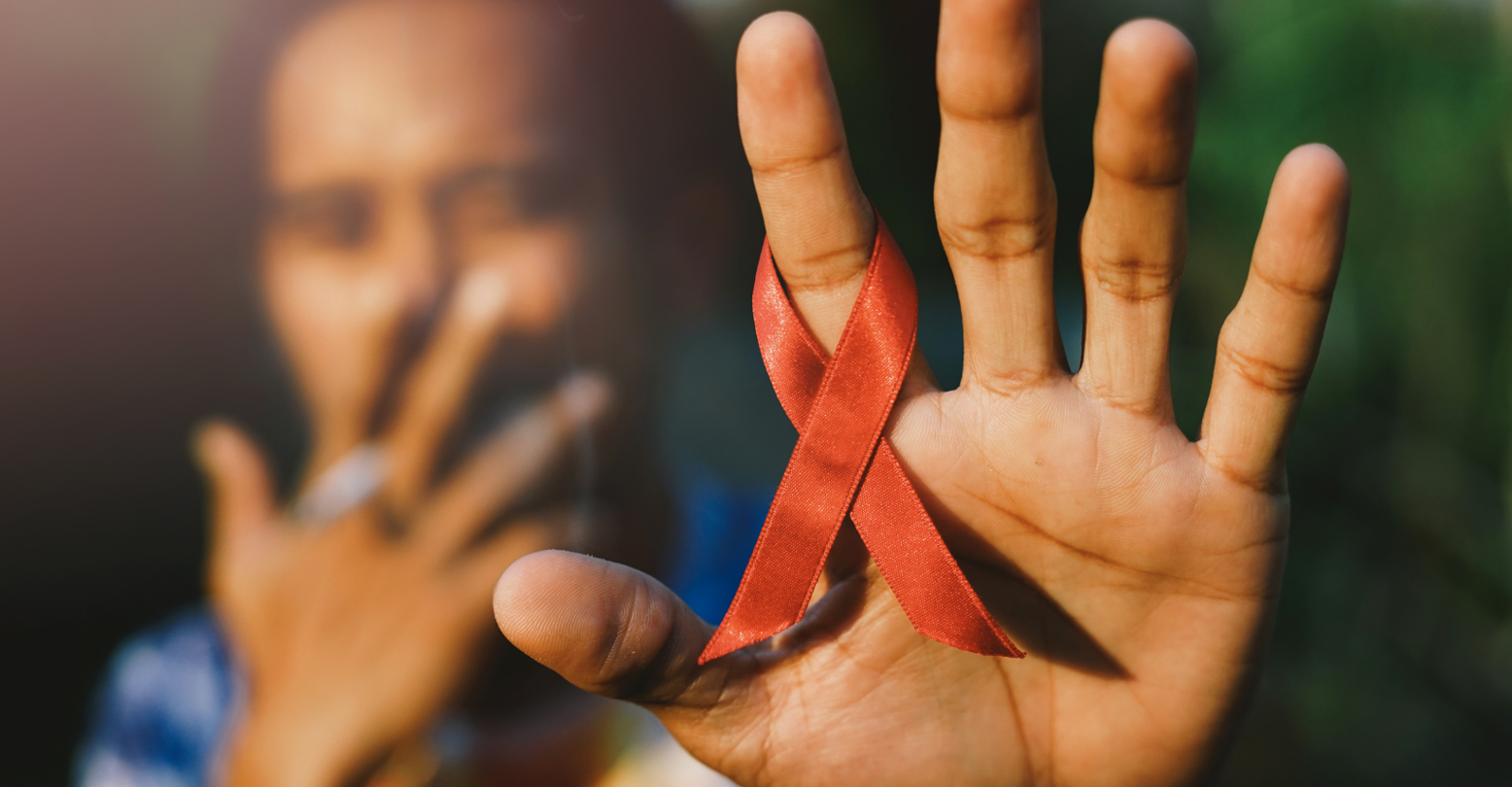 Good afternoon, and take a seat. Today on the Internet, we’re explaining to those who aren’t in the know that calling a person “infected” is never okay. Especially if that person happens to be living with HIV.

This morning, British HIV Association chair Dr. Laura Waters tweeted at the International AIDS Society (IAS) concerning the use of the phrase “HIV-infected” in papers, slideshows, and abstract titles at the 11th annual Conference on HIV science, which continues through July 21st.

Stuck record alert! 13 abstracts use ‘HIV-infected’ in titles & lots of use in the sessions. @IAS_conference appreciate it’s an embedded term & not always easy for speakers to avoid but can we insist written submissions/slides use @UNAIDS 2015 terminology guidance pls? #IAS2021 pic.twitter.com/IEYjHXoX3u

Waters pointed out the problem and offered a helpful solution by directing viewers to a terminology handbook released by UNAIDS (Joint United Nations Programme on HIV and AIDS) in 2015. The handbook does a fantastic job of explaining best practices for journalists, scholars, and scientists when speaking or writing about HIV. And it was written in 2015. So why is the phrase “HIV-infected” still being used at the world’s oldest conference on HIV science? Waters’ discovery quickly caught the notice of others on Twitter, who chimed in with their own discoveries:

So important Laura, too many examples of incorrect language use “infected”, “failure”, “help”, “beneficiary”, “patient”. @SalamanderTrust

INTO contributor and TheBody.com writer Juan Michael Porter II put it in straightforward terms for anyone who thinks that this kind of language is “just language” and nothing more:

This doesn’t offend me JUST b/c I’m living w/HIV.@IAS_conference, stigmatizing language kills people. I don’t want to write a story about this, but I will be following up for @TheBodyDotCom to see how you fix it. @punkgroucho, @myhelfy, @kenyonfarrow– can you believe this? https://t.co/iwZ4hAmTwM

The problem is, language is never just language. When it comes to folks living with HIV, stigma and misinformation can lead to decreased access to care. Currently, 37  states in the U.S. criminalize HIV exposure. Stigma is a huge problem, and it’s no wonder that in light of this, the National HIV Strategic Plan cites decreasing stigma and increasing education around HIV as one of its goals. This isn’t just a language problem: it’s an admission, on the part of scientists and researchers, that the personhood of folks living with HIV just doesn’t matter.

“Person-first guidance isn’t new for a start, and it’s very accessible,” Dr. Waters told INTO. “I’m far from the first person to call publishers, conference organizers and policymakers out on this, indeed it was my colleague Dr. Shema Tariq who first highlighted this to me a few years back.”
Waters has a simple solution to the problem. Conferences like IAS, Waters explains, should:
1) include a link to the UNAIDS guidance on their website
2) include a link in their abstract submission guidance
3) ask the reviewer to flag inappropriate language and instruct authors to revise language where required
4) include a link to the guidance in conference holding slides/similar
4) ensure their associated journals do the same
:Taking the loathsome ‘HIV infected’ as an example that we need to mindful of: it’s is a phrase used for so many years, and is embedded in the language around research. With that in mind there may be scientists not aware of the connotations, and when presenting data in a language other than your first language, getting the phrasing right can be hard. This is where continuous, but kind, education, and gentle correction is needed.”
Waters also points out that this problem isn’t unique to HIV science. Diabetes studies and obesity care also suffer from these kinds of linguistic mistakes.

Disappointingly enough, a cursory search on the Abstract Archive pulls up over 100 examples of this language in 2020 alone. So why, in 2021, are we still acting like language doesn’t matter when it comes to living with HIV? Especially when UNAIDS so helpfully wrote these guidelines a fresh 6 years ago? A brief glimpse at the terminology handbook lays it out perfectly:

“No one is infected with AIDS; AIDS is not an infectious agent,” the guide states. “AIDS describes a syndrome of opportunistic infections and diseases that can develop as immunosuppression deepens along the continuum of HIV infection.” There it is, and it couldn’t be plainer. Referring to people living with HIV as “infected” isn’t just offensive, it’s inaccurate. And people who are living with HIV already have to fight against a huge burden of stigma, assumptions, and general crap every single day. So why is a huge HIV science conference not taking more care with language, especially when the guidelines couldn’t be clearer? This isn’t the first time we’ve had this discussion, either. Back in 2016, TheBody.com writer Althea Fung reported authors and advocates signed an open letter explaining the amount of harm language can do when it treats the people its talking about as problems to be solved, or “infections” to be cured. And this, again, was in 2016. Being marginalized often means having weaponized language thrown at you in an attempt to make you feel less-than. This case is no different. We need to do better across the board.

People living with HIV can do ANYTHING. Re: @TheBodyDotCom pic.twitter.com/lCN13UYXMa