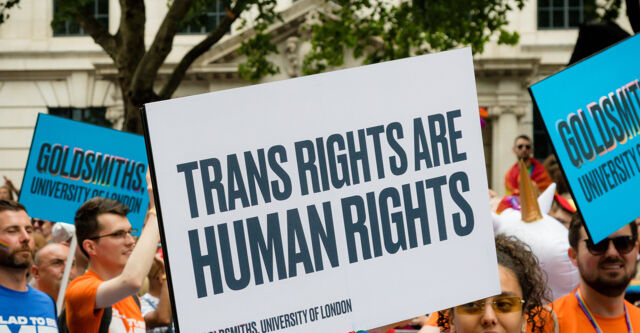 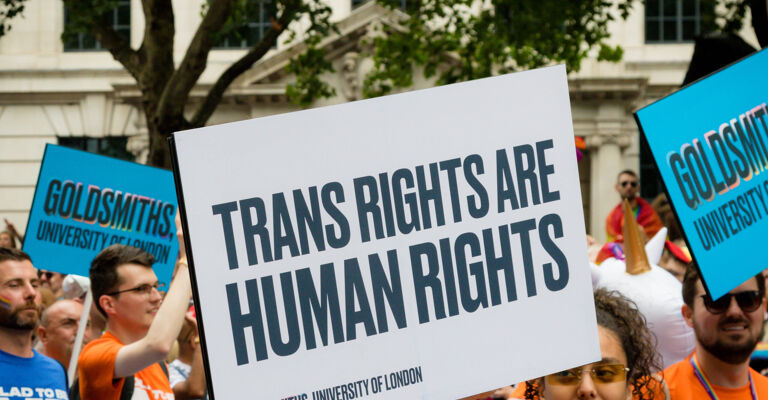 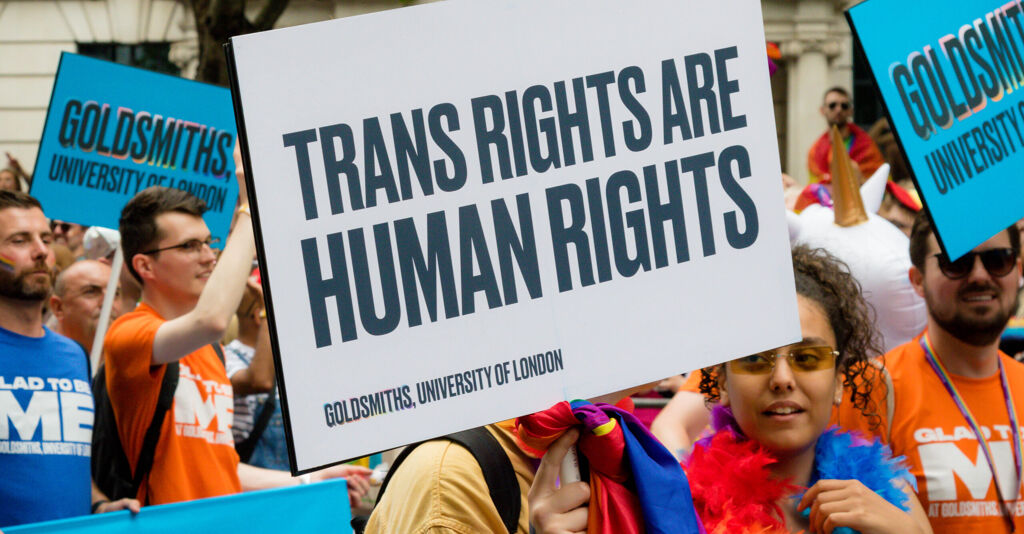 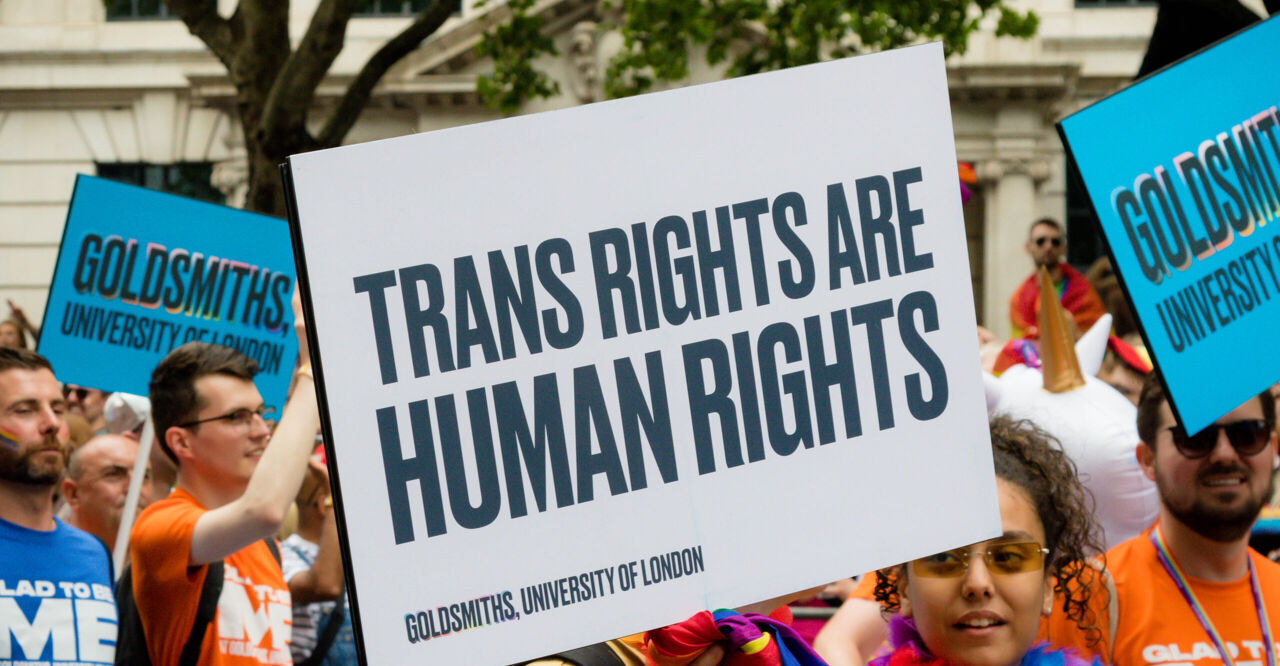 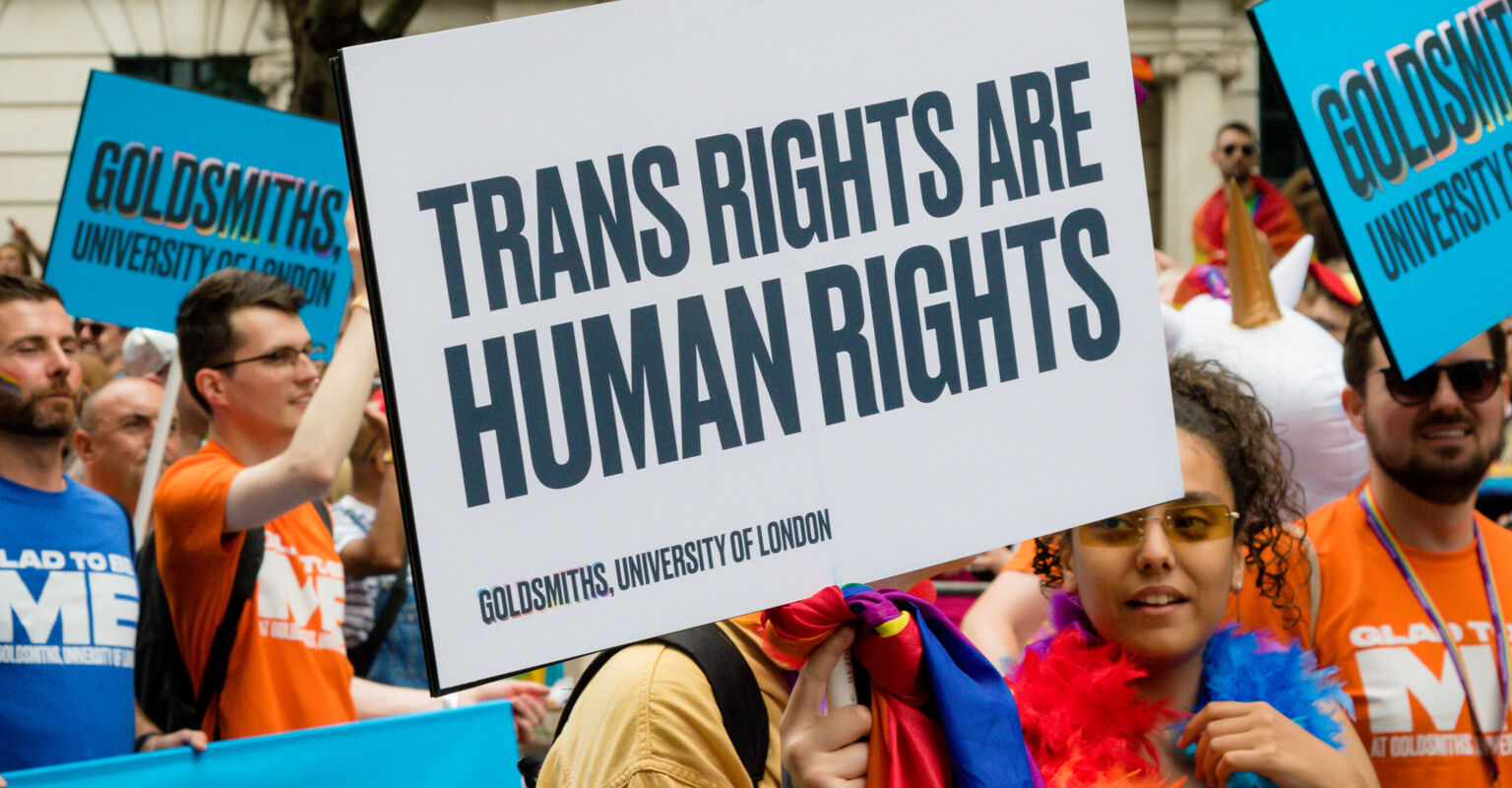 Another day, another equality organization driving advocates out and falling short of their community’s needs to protect… equality.

Just a day after it was announced that the former president of the American non-profit advocacy group Human Rights Campaign (HRC) is suing the organization for alleged racial discrimination, reports indicate that allegations of transphobia have caused staff to leave the Equality and Human Rights Commission (EHRC), a governing body for equality in the United Kingdom.

VICE World News‘ Ben Hunte reports that the EHRC has come to be viewed by former and current staffers as “anti-LGBT,” “transphobic,” and “the enemy of human rights,” while morale at the organization for legally responsible for  supporting equal rights in England and Wales to be “extremely low.” The information comes after VICE World News revealed that EHRC leadership and board members had secretly met with anti-trans organizations and worked behind the scenes to support legal actions to oppose trans rights.

VICE spoke to three “whistleblowers” as well as six senior-staffers that had either quit or were waiting for their resignations to take effect.

“I was seeing our upcoming publications and guidance pushing for trans rights being changed – or completely scrapped and shelved permanently – meanwhile the Board was building links to anti-trans groups. It was awful,” one former staffer was quoted as saying in the report.

Another said, “When I started in 2018, we were all celebrating LGBT rights and the EHRC was pushing to make the UK better for LGBT people. It’s like working for a different organisation now.”

The EHRC, which turns 15 this year and succeeded equality commissions in the United Kingdom such as the Commission for Racial Equality and the Disability Rights Commission, said in a statement, “We take pride in our diverse workforce and their specialist skills. We are an independent regulator with a statutory mandate to protect and promote equality and human rights for everyone. Where those rights may conflict, our role is to advise on striking an appropriate balance.”

While many former employees claimed Kishwer Falkner, Baroness Falkner of Margravine, a member of the House of Lords and the EHRC’s leader since last year, was instrumental in shelving pro-trans and pro-LGBTQ projects and statements, the organization stated plainly that she supports LGBTQ rights.

“Baroness Falkner, like all the Board and EHRC staff, are committed to upholding the rights of everyone, including those with the protected characteristics of sexual orientation and gender reassignment,” a spokesperson stated.

Still, requests from VICE for documents under the Freedom of Information Act of 2000, were denied multiple times.

A spokesperson also said “The advice to the Board and their approval is guided by evidence and the law, and not biased,” the spokesperson continued. “The Board comprises 13 Commissioners, all of whom have knowledge and experience of all of the areas covered by the Equality Act.”

In a thread of tweets posted earlier this week, EHRC accused media reporting on their internal issues to be “Sensational reporting.”

“Sensationalist reporting on human rights is harmful. We need a balanced and respectful conversation to avoid further damage and division.”
(11/11)

Meanwhile, staff still at the EHRC have been seeking union assistance for how to deal with the issues in their workplace, and leadership is reportedly “hyper aware of potential for leaks” to media. Those that have spoke up internally have reportedly faced disciplinary actions and exclusion from EHRC computers.

Equality advocates outside the organization feel the change as well. “Under the EHRC human rights have turned 180 degrees. No longer are they protection for minorities against populist sentiment,” Jo Maugham of the Good Law Project told VICE.

“Now they are mechanics which turn that sentiment – and the hostility of Ministers – into policy.”

Maugham later added on Twitter that he is aware of “considerable numbers” within EHRC that are ready to leave. The organization states on their website that it employed “less than 250” people as of December 2020.

I am directly aware of considerable numbers of staff who want to leave the EHRC or are considering their positions. I have also heard shocking stories of the EHRC taking political direction from No.10. I hope they will break shortly.

The trans rights organization Mermaids said in a statement, “The EHRC has completely lost the trust of our community. The duty of the EHRC is to advance equality, yet it is actively doing the opposite for trans people. An urgent root and branch reform is needed, starting with a new Chair that is truly independent.”

Observers were also unsurprised to hear that the EHRC isn’t protecting their best interests, but many stressed the dire effects of such actions.

In the words of one ex-employee to VICE, “Nobody knows what to do right now. If you leave, then you’re giving in to hate, but if you stay, you’ll have to constantly defend your choice to friends, and to charities, and to yourself,” they said.

But, “Anyone working on LGBT policy will be trying to leave, if they actually care about LGBT rights.”

Ngl this isn't shocking… we knew that the EHRC was a farce when they refused to investigate islamophobia within the Conservative Party. https://t.co/XhV7lCeXHm

Woah this is an absolute scandal!

– MORE THAN HALF of employees are considering a strike!@EHRCChair resign. You have failed the country and ruined a once great organisation#EHRCFail https://t.co/oyGAPOuhXf

We are deeply concerned by further reports from within the @EHRC that the Board & senior staff are acting against the interests of LGBTQ+ people, and trans people specifically.

These reports paint a picture of an organisation that is not fit-for-purpose as National Human Rights Institution, and actively harmful to the people it is supposed to stand up for.

Whistleblowers at the EHRC reveal an "anti-LGBTQ culture" at what is supposed to be Britain's official equalities watchdog – while staff are quitting over transphobia.

The EHRC should be regarded as an anti-LGBTQ organisation. https://t.co/Qb0DEc7Hiy

If ANY @EHRC staff who are LGBTQ+ need support please contact @LGBTfdn. If you need to whistleblow we will get you the guidance you need and will stay beside you every step of the way. Absolutely shameful, this.