Roy Moore returned to his age-old shtick on Monday night: When all else fails, attack the LGBTQ community.

The embattled Senate hopeful claimed during a rambling speech that the numerous sexual misconduct allegations against him are intended distract from his campaign’s core message. He told supporters that stories published in The Washington Post and The New York Times about Moore soliciting underage women for sex are “false attacks.”

“They want to hide the true issues of immigration and health care, military readiness, taxes, abortion, and transgender rights,” Moore said at a rally in the small mountain town of Henagar in northeast Alabama. “They also not only want to hide the issues, they don’t want my opponent’s issues revealed; how he stands on these issues. I’ll tell you how he stands: completely contrary to the people of this state and this country.” 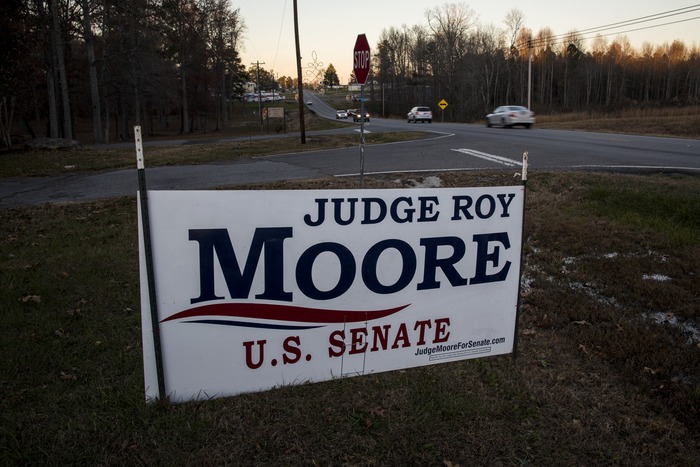 Moore is currently waged in a tight battle for Jeff Sessions’ vacated seat in the U.S. Congress. The 70-year-old leads challenger Doug Jones, a Democrat, by just one percentage point in a special election set to be held Dec. 12. He had been trailing in the last 10 days of polling, despite running in one of the nation’s most conservative states.

“When you start preserving rights like thatthat you can be who you want,” he continued. There’s a new word called fluid transgenderism. That means you can go back and forth. There’s a big difference.”

Moore is one of America’s most extreme anti-LGBTQ figures, infamously comparing same-sex marriage to slavery and blaming queer people for the Sept. 11 attacks. The former district attorney, who has now been accused of sexual impropriety by five women, has called for the criminalization of homosexuality. He has also claimed he isn’t sure if LGBTQ people should face the death penalty.

When the Post story first broke three weeks ago, Moore claimed in a news conference that “transgenders [sic] don’t have rights.” In a typically unhinged address, he went onto claim that his Democratic challenger “believes in transgender bathrooms and transgenders in the military.” 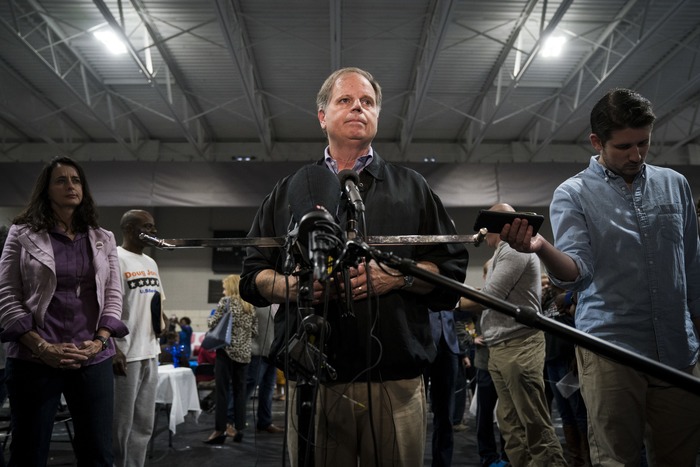 Although Moore claimed the well-sourced reports is nothing but a diversion cooked up by the media, its his campaign that has a great deal to distract from at the moment.

In addition to the five women who claim Moore used his position to proposition them for sex in the 1970s, reports indicate that local police in Gadsden, Ala. knew enough of his reputation to keep him away from shopping malls and high school cheerleaders. Conservatives have attempted to dilute these allegations by making false reports of the Post paying off sources and conducting a thwarted sting operation targeting the D.C. paper.

A staffer with Moore’s campaign physically accosted a reporter with The Birmingham News at Monday’s event.