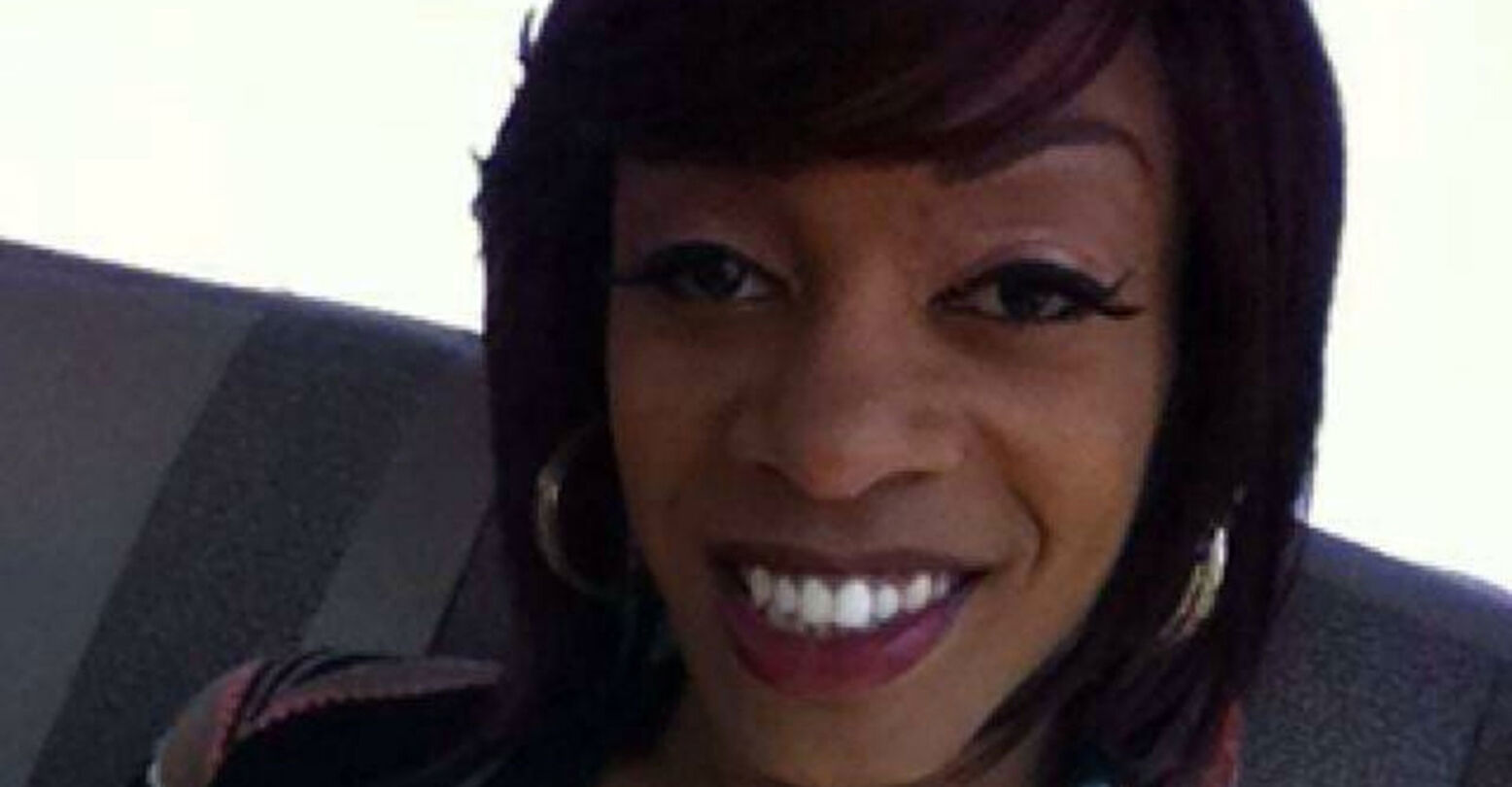 Friends remember Brooklyn Stevenson as “friendly” and “buoyant,” the kind of person who makes a lasting impression.

The 31-year-old trans woman reached out to Paula Schonauer, a trans activist in Oklahoma City, a few years ago when she was employed at a local ice cream shop. Stevenson said she was facing discrimination at her job and wanted to file an EEOC complaint. Her coworkers were misgendering her and calling her transphobic slurs, while bosses were moving her schedule around to get her to quit.

“She was a very sweet, kind personsomeone who was willing to work for her place in the world,” Schonauer tells INTO. “She was always honest and open about who she was.”

The last time that Schonauer spoke with her friend, Stevenson had gotten a job at a beauty supply storea natural fit a person who had an innate eye for fashion and makeup. Schonauer remembers her as someone who was always put together.

Her body was discovered at 2:30am on Monday morning after police responded to reports of a disturbance in an Oklahoma City motel room. Although Master Sergeant Gary Knight of the Oklahoma City Police Department couldn’t comment on the specifics of the case, he told the local news station KFOR that the victim’s wounds were “consistent with homicide.”

Stevenson’s family called her an “amazing daughter, sister, and friend” in a statement calling for justice: “We pray that those who committed this heinous crime will be identified.”

Her death marks a dubious distinction: Stevenson is at least the 24th transgender person murdered in the United States this year, making 2017 America’s most violent year for transgender people. (At least one report claims that the number could be as high as 27.)

But advocates say her probable murder is a first for Oklahoma. Toby Jenkins, executive director of Oklahomans for Equality, tells INTO that he can’t recall another transgender Oklahoman being killed in his 22 years of activism locally. Although Schonauer says trans people often experience bigotry and abuse, the murder of a trans individual has yet to be reported in local news.

There are a number of reasons for why that may be.

Stevenson was initially misgendered in police reports, which led to news outlets referring to her by her birth name, not the one that reflected her gender identity. Schonauer says that it was likely the victim “hadn’t had the ability to change her legal name,” meaning that her identification may not have been updated.

“There are a lot of people who lack the resources to fully legally and medically transition,” Schonauer says. “It runs into problems at times like these when a tragedy happens and we’re unable to speak for ourselves.”

Law enforcement officials and local media would update her name and pronouns after members of the LGBTQ community began to tweet about Stevenson being misgendered. Schonauer claims that accountability and accuracy in reporting on the deaths of transgender people is “very meaningful” for the community: “It’s an affirmation of our identities.”

But if the either the victim’s family or LGBTQ activists aren’t able to correct the record, the individual’s identity may never be accurately reflected.

Other trans murders in Oklahoma may have simply been erased. 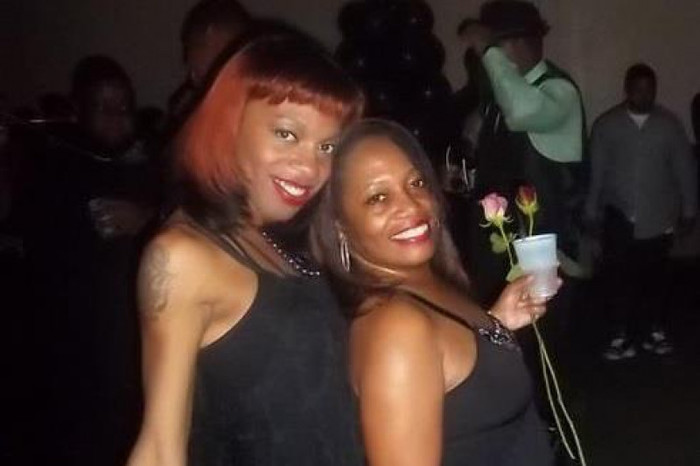 But if Stevenson’s death is unprecedented in the state, the timing is uncannily relevant: LGBTQ Oklahomans have experienced a deluge of attacks under an administration that has placed queer and trans rights in the crosshairs. LGBTQ centers in both Oklahoma City and Tulsa have been vandalized in 2017, while community members report increased harassment.

Oklahomans for Equality averaged around 120 calls per day prior to the 2016 presidential race, Jenkins says. Members of the local community often call the center for resources or instructions on how to file a discrimination complaint.

But in the weeks leading up to the election, their phone lines were flooded.

“By December 31, we were averaging 300 phone calls per day and had 29 incidents of violence directed at LGBTQ people or very, very hostile discrimination,” Jenkins claims. “That continued to grow to the point that in January and February, we were having trouble following up on all the calls.”

His organization was targeted by a shooter just a month later in a crime that remains unsolved. An assailant fired on the Oklahomans for Equality building in the early hours of March 6, shattering several windows. Thirteen bullets were found.

The devastating attack was the first-ever instance of vandalism in the organization’s 12-year history, but it wasn’t the only altercation that day: A man walked into the center later the same afternoon, screaming anti-LGBTQ obscenities at the front desk staff. Jenkins claims the harasser yelled at employees, “I wish you would all die.”

Things settled down after the incident for several months, Jenkins says. But after President Trump called for a ban on open trans military service, the center began to see an increase in discrimination complaints all over again.

“Hatred and anger leads to violence,” Jenkins says. “That’s why civil society stops it at its source.”

The White House’s assault on LGBTQ rights has been matched in Oklahoma by the state’s legislature. Last year, at least 30 bills were introduced by Republican lawmakers targeting queer and trans people, a record number in the United States. 2017 saw continued debate over a bathroom bill nearly identical to North Carolina’s semi-repealed HB 2, as well as legislation that would nullify any existing LGBTQ protections in the state. Both attempts failed.

Schonauer says that she began to notice a difference in her state as early as 2015, following the defeat of Houston’s Equal Rights Ordinance. Anti-trans conservatives launched a successful campaign to strike down the LGBTQ-inclusive law, one that falsely branded trans people as “sexual predators” that would target women and children in bathrooms.

Just weeks after the ordinance was voted down, Schonauer was cornered by a group of men at a screening of Star Wars: The Force Awakens. As she was walking out of the bathroom, one of them looked at her and said, “You’re too big to be a woman.”

Schonauer quickly grabbed her wife and walked downstairs, asking to leave as soon as possible. “Let’s go straight to my car and get out of here,” she pleaded.

“That was the first incident that I had experienced in 10 years,” Schonauer says. 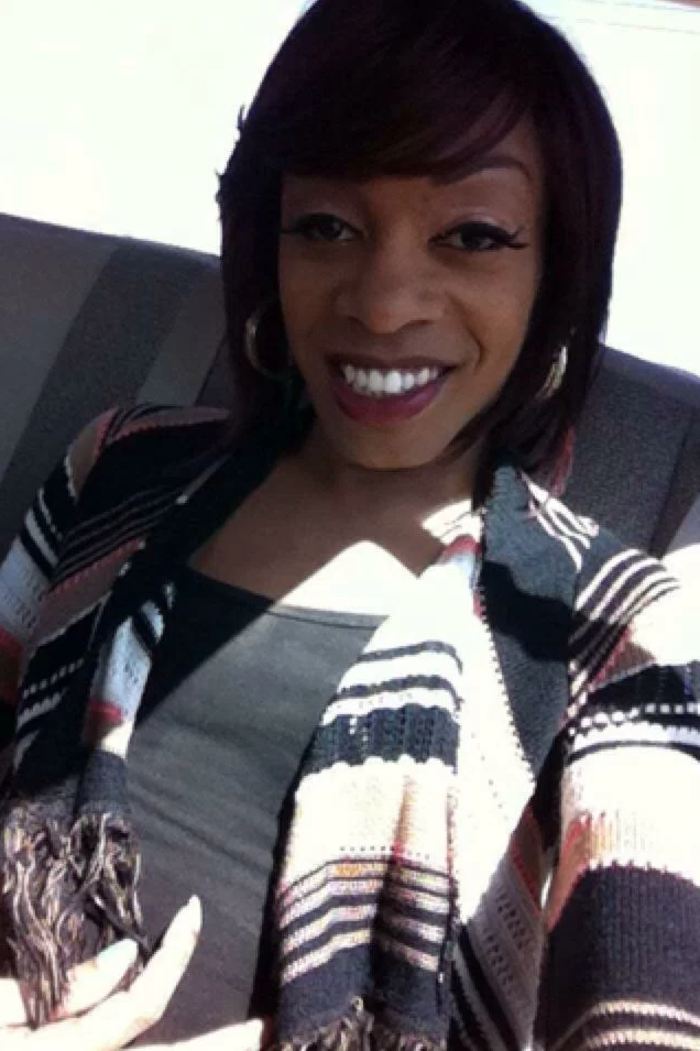 Getting justice for Brooklyn Stevenson may prove difficult in a state which won’t recognize her murder as a hate crimes.

Oklahoma is one of 18 states that doesn’t recognize identity-based bias attacks on the basis of sexual orientation or gender identity. Georgia and South Carolina, as well as three other states, don’t have any hate crimes laws at all.

Freedom Oklahoma Executive Director Troy Stevenson (no relation) says local advocates “aren’t sure” if the victim was murdered for being transgender, but given the striking increase in anti-LGBTQ hate crimes, it’s not unlikely. Attacks on transgender people skyrocketed by 43 percent between 2015 and 2016, according to the Federal Bureau of Investigations. Data is not yet available for the past year, but the rise is certain to be even more dramatic.

Local police have not stated whether Stevenson’s death is being investigated as a hate crime.

Local advocates say the response from law enforcement has left something to be desired. The Freedom Oklahoma director claims that it “took a couple days and getting the attention of the community before people started talking about this.”

“We have a great relationship with the local Oklahoma City Police Department and the local FBI office,” Stevenson says. “But there’s levels of bias to this case that may go farther than that. Even with the police being as good on LGBTQ issues as they are, if this was a white woman in the suburbs, you would have found a different reaction.”

The victim was found in northeast Oklahoma City, the most predominantly black area in the state capital.

The advocate claims the police response was the exact opposite of what happened following the attacks on LGBTQ centers earlier this year, as well as the 2016 attack on Pulse nightclub. After 49 people were gunned down at an attack on a gay nightclub in Orlando in June, law enforcement officials helped control traffic for a march in support of victims and their families.

“They were very responsive at that time,” Stevenson says. “We had police escorts coming by our office.”

Schonauer believes that local law enforcement agencies have improved in the past two decades, even if there remains room for improvement. A former officer, she transitioned on the job in 2000, a time when she claims that homophobia was rampant in the department. A number of gay male policemen left their jobs after coming out, whereas her lesbian colleagues largely kept quiet about their sexual orientation, in fear of discrimination.

“There was a time in which it seemed like open season to harass me, and no one would do anything about it,” Schonauer says. “One of the lieutenants said that if I got shot, don’t touch me because I was sure to have HIV. I felt very isolated for such a long time.”

During her 14 years as an out transgender woman on the force, Schonauer claims her coworkers began to come around, inviting her to coffee with them in the morning.

As a former officer, Schonauer believes that police have been “very forthcoming” about Stevenson’s case. She claims that it’s customary for law enforcement not to “release details to the media,” in fear that it will compromise a case.

But the trans advocate says law enforcement officials can do a better job of getting justice for transgender murder victims simply by accurately identifying them in the first place. Police didn’t reach out to Stevenson’s family following her death in order to get correct information to put on the report.

Stevenson’s mother, Vivian, set up a successful GoFundMe accountto raise money for her daughter’s memorial. The campaign reached its $5,000 goal. Funeral services and solidarity vigils are currently being planned and are set to be announced soon.