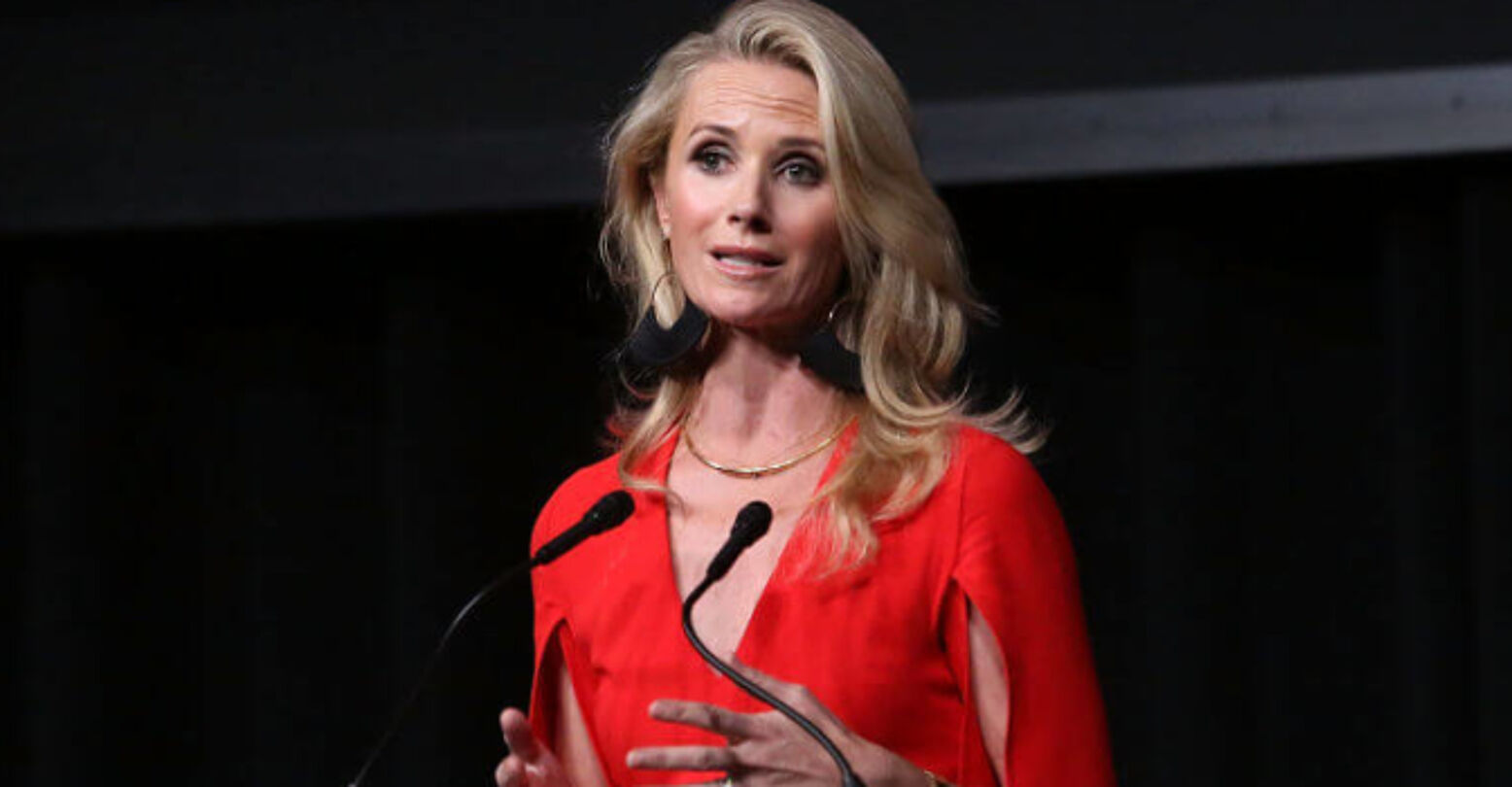 As her husband, former lieutenant governor Gavin Newsom, was sworn in as the 40th governor of California on Tuesday, Siebel Newsom made a small but significant change on her Twitter account. She listed herself as the Golden State’s “First Partner,” forgoing the more traditional honorific, First Lady.

The change was largely viewed as a subtle hat tip to gender equality. Siebel Newsom told Politico last year that she doesn’t want to be “typecast as a trophy wife.”

“The work I do really parallels and complements Gavin’s work, because it’s about awakening people’s consciousness, shifting hearts and minds, attitudes and behaviors,” she added in comments shared with the Los Angeles Times.

A section recently included on the California governor’s website elaborates on Siebel Newsom’s own background. The 44-year-old helped women to develop “socially and environmentally responsible businesses” in South and Latin America after graduating with her MBA from Stanford University.

Siebel Newsom has since written, produced, and directed two documentary films: 2011’s Miss Representation and 2015’s The Mask You Live In. Both premiered at the Sundance Film Festival.

The former, which examines the messages fed to women by mainstream media, inspired Siebel Newsom to start The Representation Project in 2011. According to its website, the nonprofit organization challenges “gender stereotypes and [cultural] norms” through the use of film and media.

While Siebel Newsom has yet to make a public statement since the change was formally announced, she has said she prefers “First Partner” because it’s “more inclusive” than the standard moniker bestowed on political spouses.

That sentiment is particularly appropriate during a week which also saw the inauguration of America’s first openly gay governor, Colorado’s Jared Polis. Polis referred to his longtime partner, Marlon Reis, as the Centennial State’s “First Man” during a Tuesday swearing-in ceremony.

Others have called Reis, a fiction writer, the “First Gentleman” of Colorado.

Siebel Newsom’s husband has long been an advocate of LGBTQ equality in office. As mayor of San Francisco in 2004, Newsom allowed more than 4,000 same-sex couples to tie the knot during a one-month window. At the time, marriage equality had yet to be legalized by either the state of California or the federal government.

The 51-year-old Democrat highlighted his status as an LGBTQ rights trailblazer during the 2018 gubernatorial race. In a campaign ad, he pledged to continue that legacy as governor.

Even in the early days of the administration, it seems as if the couple is likewise being embraced by political leaders in their home state and at the national level. Both former California governor Arnold Schwarzenegger and Nancy Pelosi’s daughter, Christine, used the “First Partner” title when referring to Siebel Newsom.