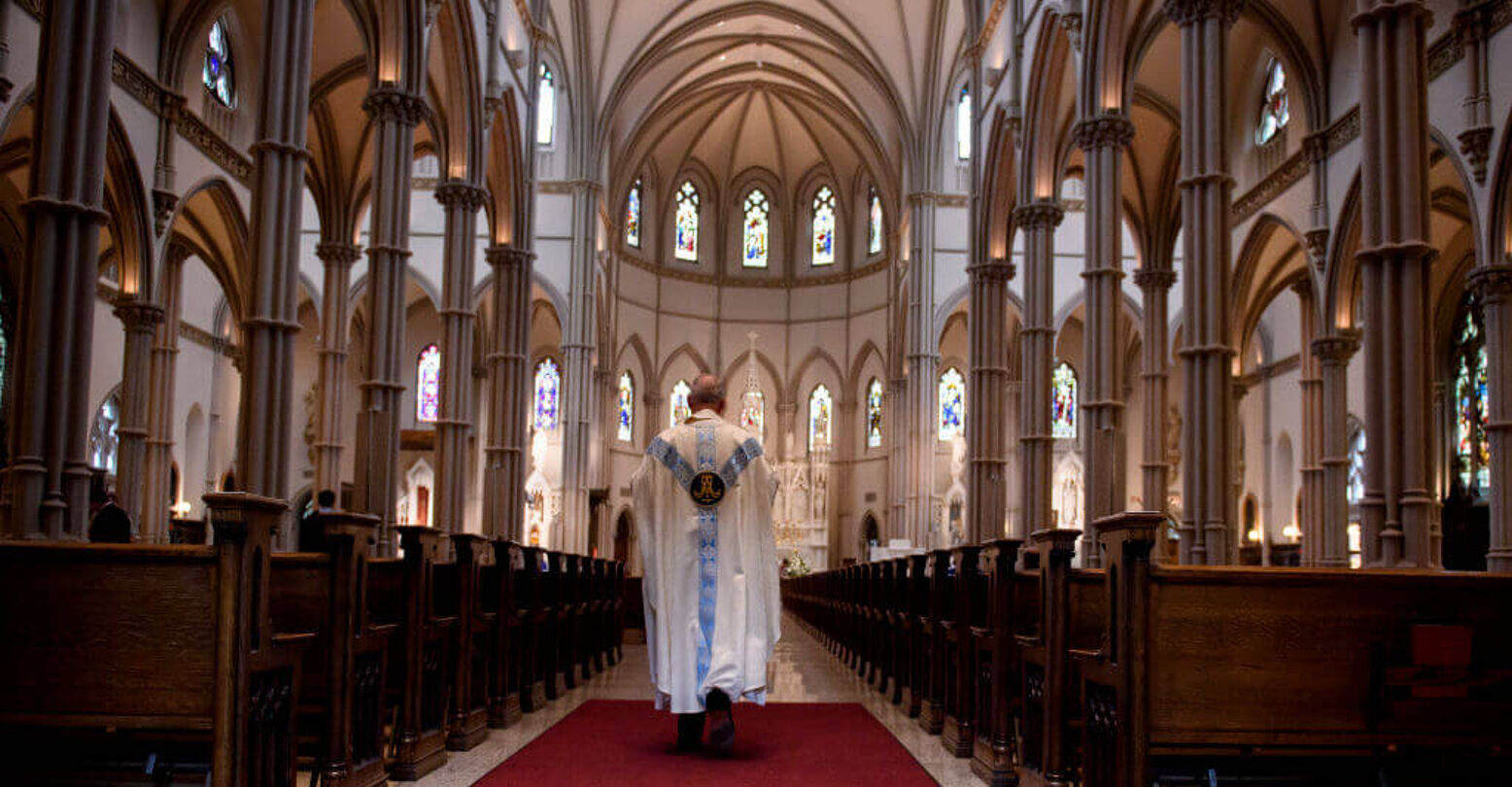 Catholic leaders want to talk about a crisis facing the church in the wake of the Pennsylvania sexual abuse report. Not the crisis of abuse — the crisis of homosexuality.

A smattering of Catholic publications, leaders, and commentators have responded to the heartrending grand jury report that 300 Roman Catholic Priests in Pennsylvania abused 1,000 survivors by blaming gay people.

“Most gay priests are not molesters, but most of the molesters have been gay,” wrote Bill Donohue, president of religious advocacy organization the Catholic League, in a document that attempts to “debunk” the Pennsylvania report.

Donohue’s remarks, both in his “debunking document” and on Twitter, have been roundly criticized.

There is no on-going crisis—it's a total myth. Over the past two years, .005 percent of the Catholic clergy have had a credible accusation made against him. https://t.co/XUoIjVGU7h pic.twitter.com/gL9JqpscCc

Donohue goes to great lengths to discredit the grand jury’s report, arguing that the numbers are unsubstantiated and cannot be reasonably proven and that the victims were not raped.

“They were groped or otherwise abused, but not penetrated, which is what the word ‘rape’ means,” he wrote. “This is not a defense — it is meant to set the record straight and debunk the worst case scenarios attributed to the offenders.”

LGBTQ Nation took Donohue to task for suggesting that gay people are more likely to abuse than straight people.

But such comments were not limited to Donohue. In an interview with Catholic Action for Faith and Family, Cardinal Raymond Burke said that “most” of the incidents of abuse were homosexual acts.

“Now it seems clear in light of these recent terrible scandals that indeed there is a homosexual culture, not only among the clergy but even within the hierarchy, which needs to be purified at the root,” Burke said.

Burke attributes the abuse, in part, to the “anti-life” culture we live in, “namely the contraceptive culture that separates the sexual act from the conjugal union.”

“The sexual act has no meaning whatsoever except between a man and a woman in marriage since the conjugal act is by its very nature for procreation,” he states.

Catholic media site Church Militant concludes it’s just time to admit what many bishops recognized years ago, but have since backtracked on.

“In what is the single most comprehensive investigation ever into the homosexual priest sex abuse scandal in the United States, faithful Catholics across the country are now calling for an end to the ordination of gay men, saying the spiritual, financial and emotional costs are simply too great,” the site states.

The Institute on Religion and Public Life went so far as a to publish a first-person essay by Daniel C. Mattson, who has long sold a story about how he found true happiness by renouncing homosexuality and committing to God. Mattson actually suggests that as a gay man, he would have actually been among the abusers if he had become a priest.

“Like many same-sex attracted men, I have at times compulsively engaged in risky anonymous behavior with other men,” Mattson wrote. “If I had been a priest, my sin would have been compounded by committing a horrible abuse against someone for whom I should have been a spiritual father.”

Research has repeatedly shown over the last three-and-half decades that no link between homosexuality and pedophilia.