This year’s Sydney Lesbian and Gay Mardi Grasthe world’s biggest night time paradeis a special one: it’s 40 years since the very first one in 1978.

“I’m very excited” he tells INTO. “I like being surrounded by compassionate people, so this’ll feel right. It’s going to be awe-inspiring, jaw dropping and fun. Yay, gays!”

Max captured the hearts of the nation when a picture of him, then 12, at a rally for marriage equality went viral. He was holding a sign which read: “All I want is the right to marry Chris Hemsworth. You’ve got five years until I’m 18 Australia! You too Chris!”

All he wants to do is marry @chrishemsworth #VoteYes #marriageequality pic.twitter.com/Iv5e1XQLw8

Such early comfort in his own skin is a world away from Kate Rowe’s description of “ultra conservative.” Rowe is what’s known as a 78er: one of the 24 women and 29 men arrested on the night of Sydney’s first ever Mardi Gras in 1978.

“The police trapped us into a small section of one street then things got really violent,” Rowe says. She was 27 at the time. “It was scary and horrifying. They dragged us into paddy wagons and threw us 24 women into a four-person cell.” 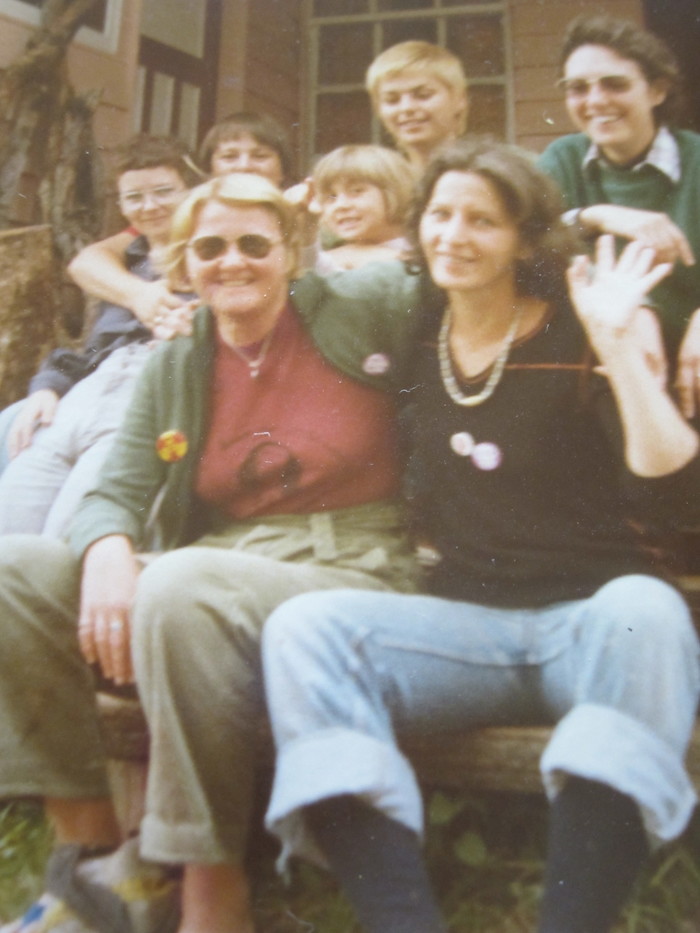 “It was the first time anybody walked down the street out and proud. It started with a few people, along a 700m stretch, with a truck playing bad ’70s music like ‘Glad To Be Gay.’ Then people came out from the bars and joined us–we took over the road, till there were about 1,000 of us. There was great camaraderie.”

At midnight, when the parade veered into a stretch of street outside the agreed permit, was when things turned ugly. It’s the stuff of legend: ABC TV is about to screen a dramatisation of events that night, called RIOT.

When I tell this story to Townes, he’s impressed.

“They’ve very brave. They wouldn’t back down. I’ve heard that people even thought there was something mentally wrong with gay people. For those people to block that out and fight for what they believe in,” he says. “I wish I could be how she was.”

It’s for his courageousness that Max has been selected as one of the “40 faces of Mardi Gras” by the Star Observer.

“It makes me feel like I’m significant in some way,” he says. “It was great to see other people’s stories, too.”

The storytelling of this year’s special anniversary Mardi Gras includes a heavy focus on the past, as well as fresher faces like Max. Rowe is on the 78er Creative Working Group, which gives the founding mothers and fathers of Mardi Gras a voice and recognition. Stories like Rowe’s have made Townes’ story possible.

After migrating to Australia from the UK, Rowe had been in the country just 18 months when she was arrested at the 1978 Mardi Gras. She went on to be arrested twice more – both times, in the spirit of political protest that the first Mardi Gras had awakened in her. The second time was just a week after the parade, when, along with other 78ers, she protested in favour of women’s right to choose at an anti-abortion rally and she “got bashed up by some right-wing Christians.” The third was at a demo for a group called Women Behind Bars, where she protested at the life sentence given to a woman who killed her husband following years of domestic violence.

But prison was the tip of the iceberg, in the events following Mardi Gras 1978. Kate was one of the people “named and shamed,” and outed by the Sydney Morning Herald, many of whom were closeted at the time and lost their jobs or families. (The newspaper has since apologised unreservedly.) Rowe’s job was only saved, she says, by a sympathetic “closeted HR Manager.” But problems at work–in the film and TV industry–were only just beginning. She was called derogatory homophobic names around the building. Graphic heterosexual pornography was put in her drawers at work.

“It was horrible” she says. “People just didn’t come out the closet. It was a secret even to yourself.” 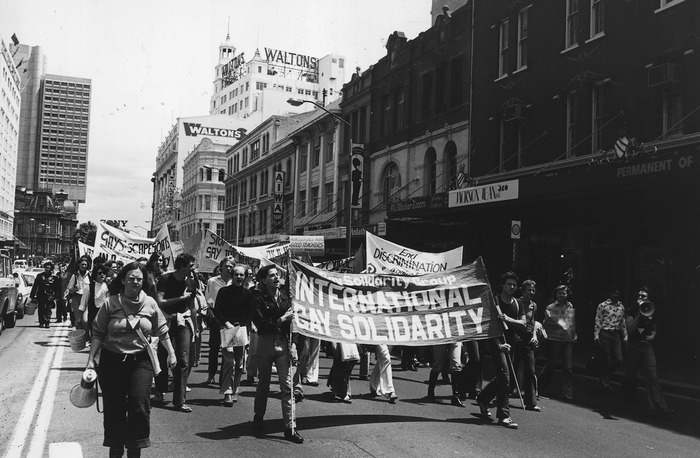 But one surprise coming out happened eight years after her own: Rowe’s sister, who’d been a nun for 10 years, had fallen for another nun, and they were both fleeing the convent to be together.

“She rang me to tell me from the UK and I literally jumped for joy,” Rowe says. “It brought us closer together.”

Many wounds were healed when, in 2016, the New South Wales Parliament apologized to the 78ers. Rowe was in the gallery.

“Lots of us were crying. It was another part of the puzzle of our civil rights moving forward – one thing leads to another,” she says. “Had it not happened, I don’t believe we’d be as far forward progressively as we are today. Their plan was to crush us but it did the opposite. It galvanised us.”

Since the deeply unpopular marriage equality postal ballot awakened many people’s politics and anger, Rowe has noticed a “paradigm shift” towards recognising LGBTQI history:. “Young people at Fair Day [the opening of the month-long Mardi Gras season] were coming up to us [in the 78ers tent], hugging us, thanking us and even crying. It touches my heart.” 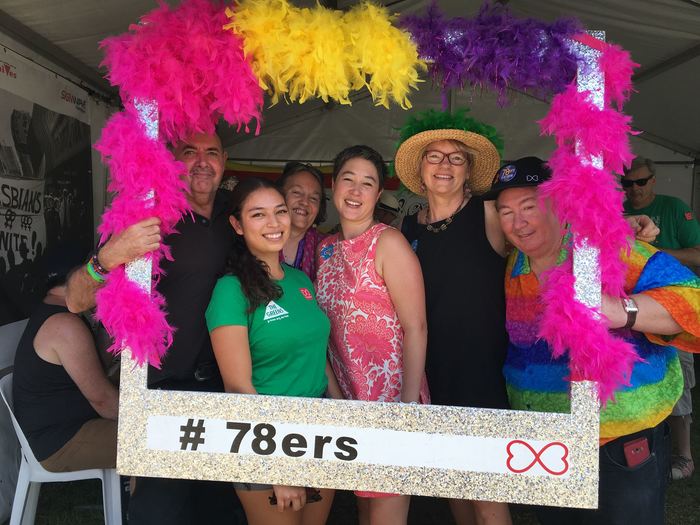 Rowe, now 66, will head to the Gay Games in Paris this year to compete in cycling and triathlon. She has been volunteering and competing for 25 years and has won several medals.

When I mention Townes to her, and that he’ll be attending his first-ever Mardi Gras this year, she responds with: “That’s fucking amazing! The parade is going to blow his mind. It’ll be a very poignant moment on his journey. If I could meet him, I’d absolutely hug him. To be at ease with himself, and have the space to explore his sexuality so young, he’s going to be one very strong man.”

“Now that,” she says triumphantly, “is what you call progress.”