I recently passed the 8-year anniversary (if that’s even the right terminology to use) of my HIV diagnosis.

In those years, I haven’t really let my positive status affect my life, other than the first year, which I refer to as my “adjustment period.” But once I was back on track and began traveling full-time, I never let my status put the brakes on my itinerary.

It’s very easy to fall down a rabbit hole of self-pity, but at the end of the day, HIV is a chronic illness that is controlled with medication, and most can manage their HIV with one pill a day and a few visits to the doctor each year.

So, for World AIDS Day, I thought I’d share my own experiences and tips as a travel writer moving about the world and living with HIV.

I’m definitely guilty of not always adhering to my medication regimen. Most of my forgetful moments happen when I’m traveling internationally.

When on a plane for 10+ hours, it’s hard to remember what the actual time is and coordinate taking your pill(s) at the right time. I’ve been careful to set alarms on my phone to remind me mid-flight to take my pill, but I’ve also just waited until I’ve landed and then just waited until bedtime (which is when I normally take my meds).

Skipping doses is absolutely not recommended, but missing a dose once, during a trip, isn’t going to disrupt your regimen. Taking 29 pills instead of 30 doesn’t mean you’re going to become any more or less HIV-positive. I’m not advocating for skipping doses, but don’t panic if it happens.

The takeaway here is that you can be a bit flexible when taking a big international trip.

There was one point in my career where I was offered a full-time position for a publication based out of Dubai. After some research, I realized I would never be able to accept the position due to the UAE’s current laws involving foreigners who are HIV-positive obtaining a work visa.

And part of the requirements involve taking an HIV-test, which I knew would disqualify me.

The UAE also technically doesn’t permit HIV-positive travelers to the country, even as tourists. But, as someone who has been there several times, I can confirm there is not some ludicrous on-the-spot testing system upon landing.

Your best bet is to not take a full medication bottle and instead, just take what you need (and a few reserve) and put them in an over-the-counter pill bottle. Even that is extreme I’ve never been searched so extensively that immigration is looking at my toiletries.

But for peace of mind, use a Tylenol bottle.

Made it back to this incredible city. #LuxuryTravel #Doha #Qatar #USAvisitQatar #Travel #Downtown

Let’s be clear: HIV stigma in the United States is still very present and pervasive. That being said, when traveling overseas, sadly, the stigma is just as real and often much worse.

As someone who is traveling the globe frequently, it’s not unlikely to still encounter the “be clean” requirement stated prominently on Grindr profiles. My dating apps all disclose my HIV status because I’m pretty comfortable with it and at this point, I just don’t care about misguided or backwards opinions of others.

But I do recall a few times when I’ve been messaged through my apps by guys warning me to take off my public disclosure because I was putting myself in danger. I never really thought about it that way, but there are places where it’s best to keep your status to yourself until you are in a private conversation with a user.

The Middle East, the Baltic region, parts of Asia, and many other places have strict laws against HIV-related crimes. And although you might not be committing whatever they interpret as a “crime,” it’s best to protect yourself while visiting.

🐪🐪🐪Left the city center for a bit to explore some of the older parts of the country, including Al Zubarah Fort. This is a dromedary, not a camel. One hump vs two. #Qatar #Doha #Travel #usavisitqatar #MiddleEast #desert #Dromedary

This one is tough. It’s easy to say to yourself, “Whatever, I’m only here for a few nights, I don’t need to disclose my status if I hook up.” Listen, as an HIV-positive human being, this is a moral dilemma I’ve faced several times, and I can’t say I’ve always made the right decision. I’ve also never placed anyone in a situation where they would be exposed to contracting the virus.

Disclosure can be one of the biggest mind f*cks for anyone who has to actually go through it and do it, and it never really gets easier.

For those of us who are traveling and hooking up, it can be even worse, mostly because not every place around the world is as open to or up to date on their HIV knowledge. And we as HIV-positive travelers can’t fault them, but instead should be doing our best to help inform them.

I know, I know, this can quickly turn what should or could have been a fun night in bed into a burdensome teaching moment, which leads to you potentially being at the mercy of self-gratification. I’m not a perfect person, and I’ve made mistakes in the past, but I’m really doing my best to not let disclosure be a “should I or should I not” question, but instead a “when and how” question, when at home or when abroad.

Traveling is a great privilege. And life with HIV is different now than 30, 20 or 10 years ago. It continues to get better. A positive HIV diagnosis doesn’t need to limit what you do, including travel. It’s easy to use it as an excuse, but there really is no excuse for doing so.

Grab your passport, set your reminders, and pack those pills as well as courage, and get out there. 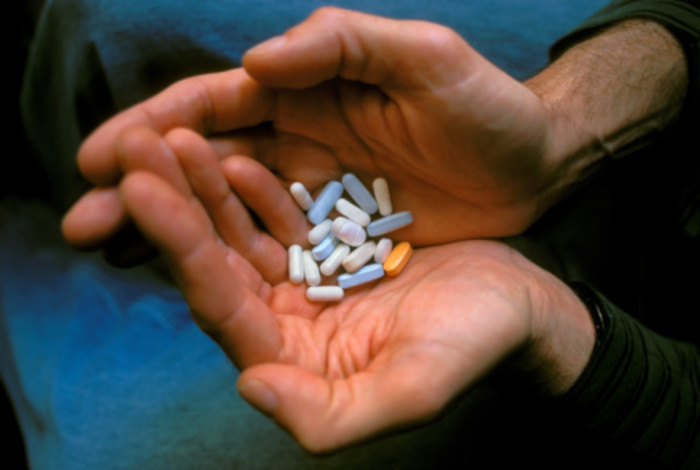