June 30th will always go down as a historical occasion for Swaziland, as the date marked the first-ever Pride March to take place in the country. I was there to witness it. Swaziland, like other African countries, still has laws that criminalize homosexuality.

According to Rock of Hope, a Swazi LGBTQ advocacy group, “There is no legislation recognizing LGBTIs or protecting the right to a non-heterosexual orientation and gender identity and as a result, LGBTI cannot be open about their orientation or gender identity for fear of rejection and discrimination.”

This was one of my biggest concerns when I arrived; as homosexuality is not decriminalized, I did not know what to expect. Arriving at a hangout in Mbabane, the conversation quickly turned to the buzz around Pride weekend. Locals mentioned that although criminalization of homosexuality was still in law, it was not enforced. However, discrimination faced by LGBTI is still pervasive in the country. 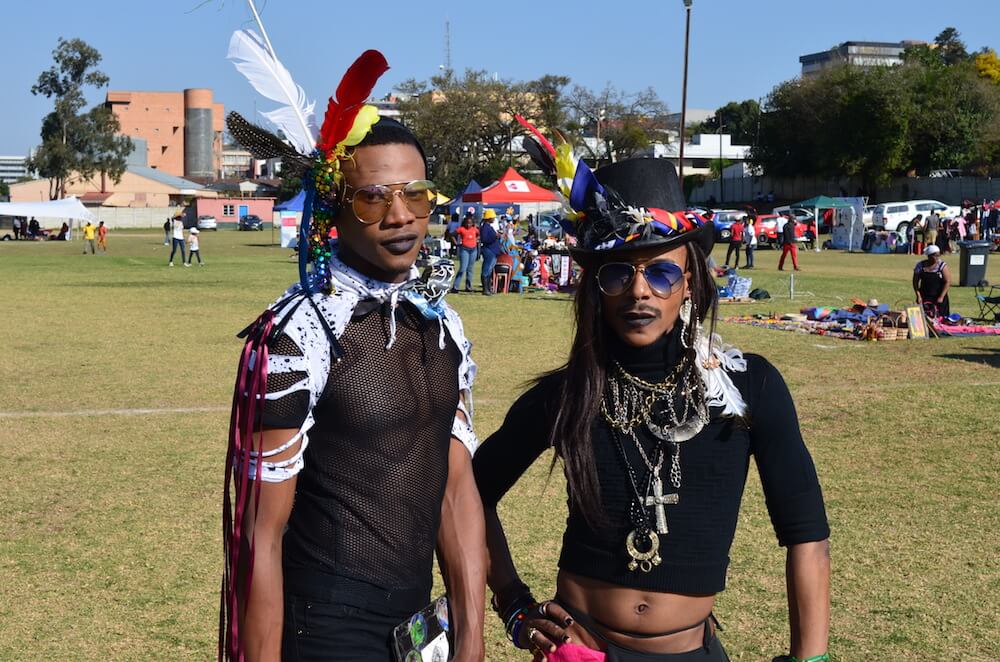 My concern about Pride stemmed from Section 252(1) of the Constitution of the Kingdom of Swaziland; the principles and rules of the Roman-Dutch still apply to this day in the country. These laws have been in existence since February 22, 1907, and dictate that consensual sex amongst members of the LGBTI community can get them arrested.

Another reason I was concerned about safety was that in March 2015, a 26-year-old lesbian woman from Nhlangano was killed by a man who did not want to be in the presence of LGBTI people, and a few months earlier, a gay man was also murdered for being gay. The fact that the King of the country called homosexuality “Satanic” did not help curb these concerns. What I found fascinating about these laws is that they were put into place by people who no longer exist; it got me thinking about how our laws are made by people who won’t be on earth long enough to see the people they’re enforcing them for.

The older generation still subscribes to the laws of the church and some refuse to see anything else or acknowledge that the world is evolving. One of my best friends is from Swaziland and he kept mentioning the mocking and discrimination from the locals, which was why it was important I speak to the locals and the organizer of the march.

The idea for eSwatini Pride came after Melusi, the organizer, was invited by the U.S. Ambassador to visit Swaziland in celebration of Pride Month. An American activist by the name of Evan Doyle helped the team at Rock of Hope draft their proposal for eSwatini Pride.

I spoke to Melusi of Rock of Hope about the challenges for this year’s inaugural event and what he sees for the future. 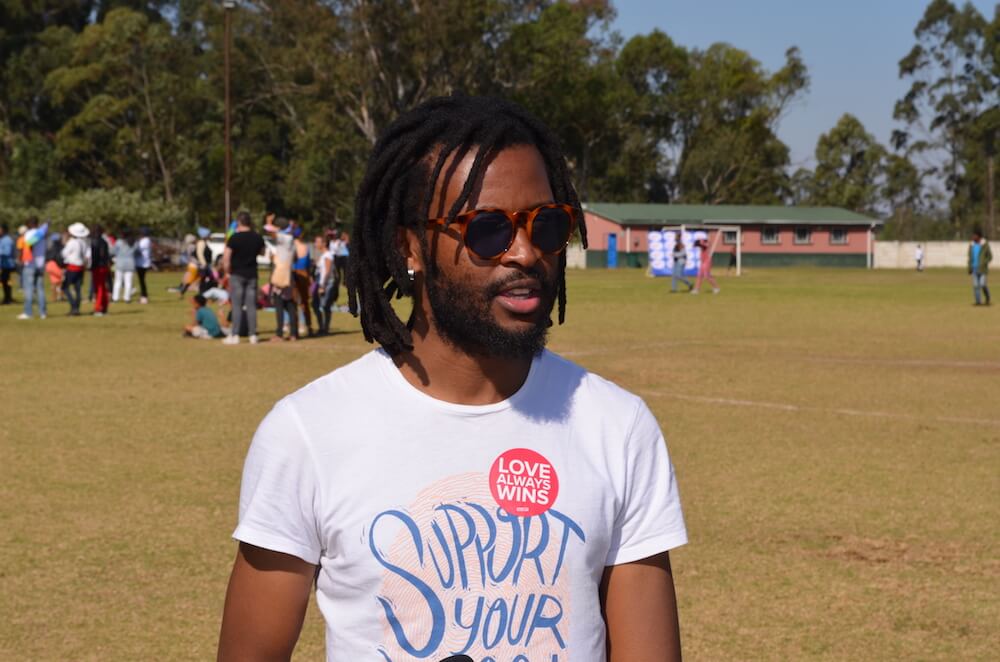 Tell us about Swaziland Pride.

It is a day to be jolly, and celebrate our diversity with old and new friends.

Why now? Why is it important for Swaziland to have Pride?

Events that provide safe spaces for LGBTI people to celebrate their identities are sorely lacking. Furthermore, opportunities for the larger Swazi society to interact with the LGBTI community in a positive way are few and far between. In contexts around the globe, annual LGBTI Pride events have proven successful at providing safe spaces for LGBTI communities to congregate and celebrate their identities in public, as well as introduce the larger society to non-normative sexual and gender identities through a positive, celebratory environment.

What were some of the challenges you face when putting this together?

Getting local buy-in from businesses remains the biggest challenge we have had to face. It cannot be that we do this and leave them out, and yet they have left us in the cold… Nonetheless, we have allowed SMMEs — Small Start-ups only — to come and showcase their businesses for free, which we hope will be an opportunity for them to make profits. 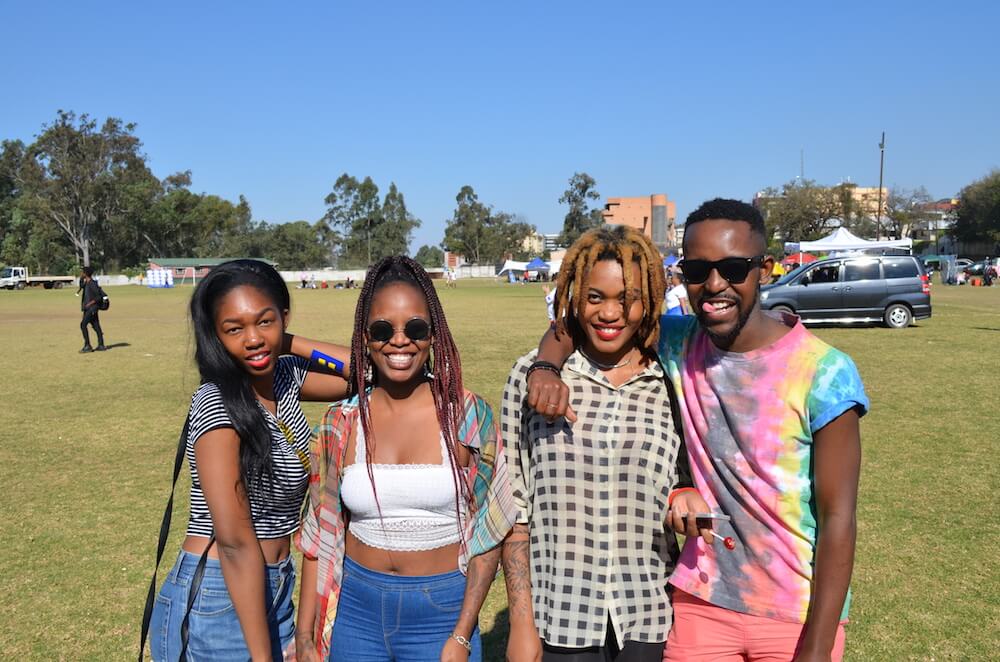 How does Pride speak to the new generation of queer people in Swaziland and what were some of the generational challenges that queer bodies in Swaziland had before the idea of Pride came up?

The biggest has been persecution, not because the government is practicing the common law offense of sodomy, but because same-sex relations remain a crime. We have had to navigate to this day, knowing that two consenting male adults being in love and engaging in intimacy remains a crime. This has changed completely, now we have to face stigma and discrimination in hospitals and all other agencies that are supposed to be offering us help. Pride is the space we need to ensure people feel welcome and also people see that it is not about the LGBT persons it is also about the relatives and the friends. We want to ensure that people see us as human.

What are your expectations and future plans with Swaziland pride?

In the long term, we aim to make Swaziland LGBTI Pride an annual event that grows in size and participation every year. The impact of this will be a robust LGBTI coalition of community members, allies, business owners, and municipal officials that will actively advocate for the rights of LGBTI in their daily lives. There is a contradiction with how LGBT people are treated by Swaziland when our own constitution talks about protecting the dignity of the citizen. We are arguing: Where is our dignity if the state claims I am committing a crime if I am in a loving, consensual relationship with another male? We want the opportunity to challenge and argue against this. We will continue to fight.

This was indeed the case on the day of the march, as we marched from the Prince of Wales stadium through town and back to the stadium. The LGBTI community was joined by some local allies and organizations that also felt it was long overdue for the LGBTI community to be accepted as part of the greater community. The march was also attended by international activists and organizations who like me also came to see and experience this historical occasion. The attendance of some locals and the visibility of the police was heart-warming as I felt that this was a positive sentiment considering that in 2016 poll found that 26% of Swazis would like or not mind having an LGBT neighbor. One could not help wonder if the presence of the police was to watch over the march for the attendees’ safety or to ensure that no one broke “the sodomy law.”

Swaziland now joins other countries like Uganda where being gay is still criminalized but the locals were able to organize Pride marches without any issues. One cannot ignore the fact that there are no bars or gathering spaces for the LGBTI community in the country and the march was going to be the first time of its kind where LGBT members would be congregating in one venue together. This really gives me hope about the future of the march and that of the LGBTI rights in the country. 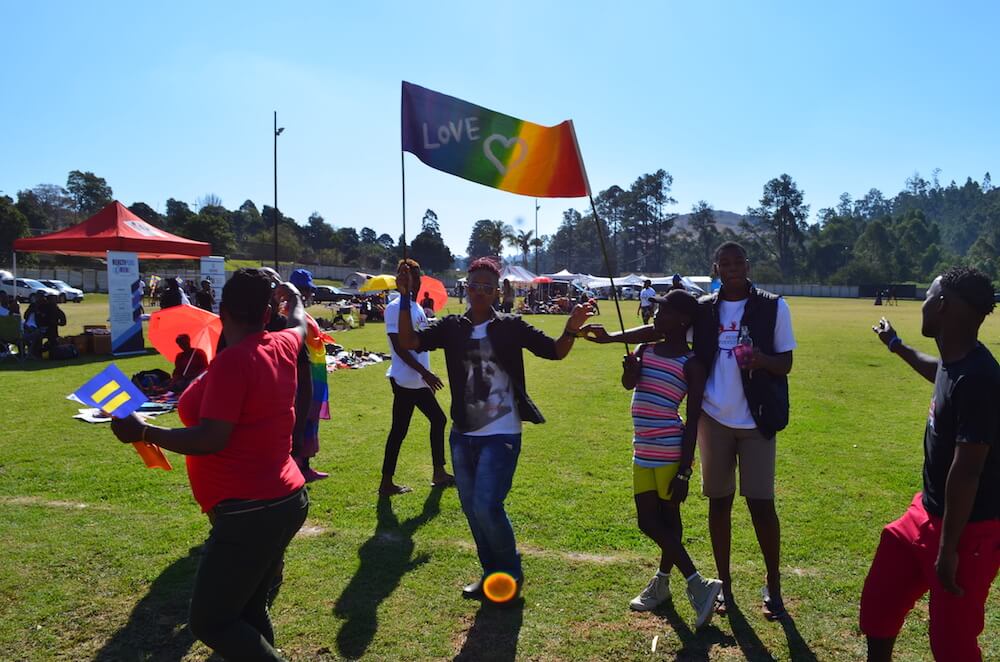