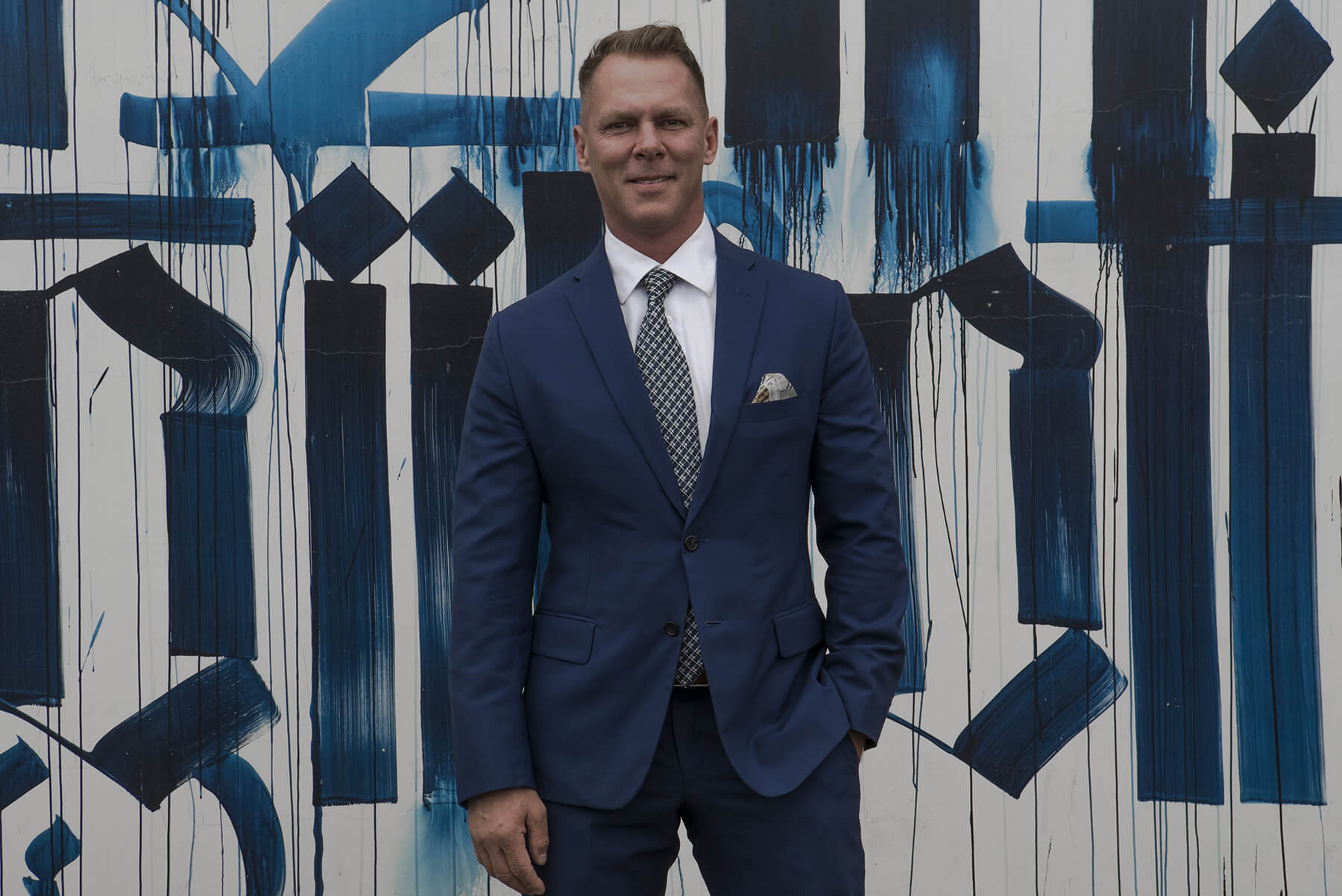 During this past election night, Brian Pendleton found himself distraught as he watched the presidential results roll in and it became clear that a reality television star – with no commitment to his community – was going to become the president of the United States.

But now, many months past that dark day, the Los Angeles based philanthropist and activist finds himself less anxious while lacing his tennis shoes and preparing to turn the annual Los Angeles Pride Parade into a #ResistMarch against our current president: Donald Trump.

“I first thought of the Resist March because to me, I want to inspire people to make actionable change,” Pendleton, a Los Angeles-based philanthropist who created the #ResistMarch recently told INTO, speaking to the arresting sense of hopelessness many Americans felt after Hillary Clinton’s loss.

“[And then] I was just so inspired by the Women’s March in DC back in January that I got to thinking about how Pride could be a really incredible time to bring awareness to the queer community’s issues and how current laws and bills being passed with greatly impact us.” Pendleton said.

While the Women’s March is what Pendleton names as his inspiration, this effort to make the Pride Parade political is one that is a return to what Pride was originally meant to be.

After the famous Stonewall Riots in 1969, marches emerged in cities like New York or Chicago that blocked off major streets with LGBTQ people taking to the streets to demand for basic civil rights. And it went on this way for many years, but as acceptance grew the protests turned into more of a celebration that took on a parade form.

In the wake of this transformation, the parade lost sight of it’s starkly political roots and began to be stereotypically seen as just a party, which is exactly why Pendleton thought it to be the perfect venue to show a community’s disdain for an anti-LGBTQ administration.

And many are happy for this change.

Lisa B, a 35 fiction writer living in Los Angeles with her wife of 4 years, thinks this is exactly the shift the queer community needed. “It was getting to the point where every queer movement was being whitewashed. Pride became about skimpy outfits and getting drunk instead of being proactive.”

“I’m all for the Resist March because it’s providing an outlet for people who are angry about the election to feel like they’re taking a stand,” she continued.

But not everyone feels this same excitement.

“Pride is about having fun and letting go,” Brian R. a 26 year old marketing executive told INTO, who represents a small but loud contingency in Los Angeles who wishes that annual Pride Parade had not turned into something more political like a march.

“I understand that we’re in a bleak political place, but isn’t Pride about escapism?” he continued.

However as the march that is expected to attract 25,000 people draws closer, this feeling that Brian echos is one that Pendleton says he will continue to hear, but one bears little weight on his planning since the usual Pride Festival will go on as planned with a concert on Saturday.

“I don’t condemn or dislike the Pride Parade by any means, but at the end of the day there is a message that we want to spread,” Pendleton told INTO. “I wanted something to happen beyond the fun festivities that LA Pride [already] has.”