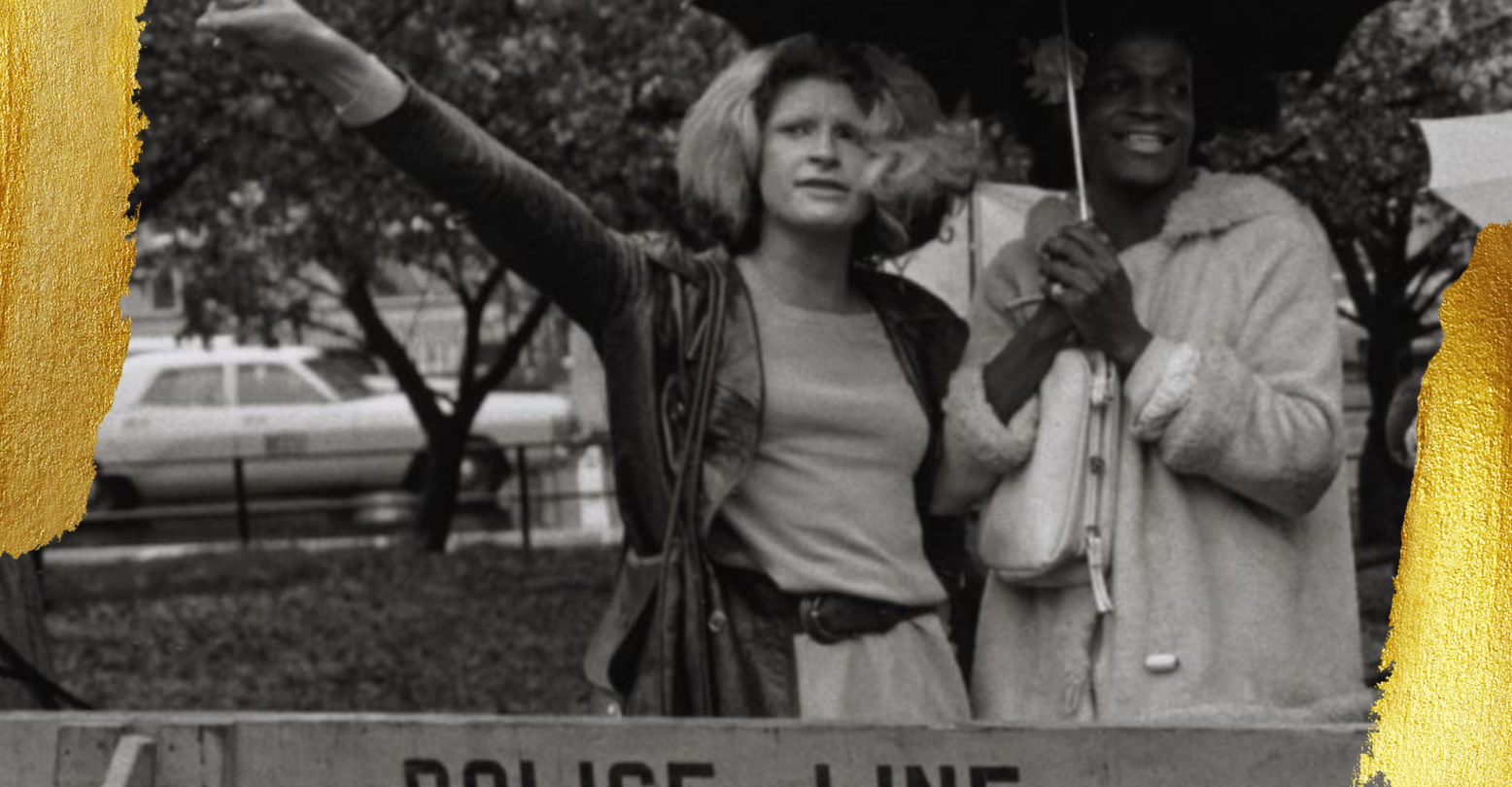 Most of us have heard the saying, “Those who do not learn from history are doomed to repeat it.” After studying Hegel, Sartre, and Freire, I am convinced that the historical process is vitally important. So much so that I search for queer history to learn from. It helps me to find wisdom and make sense of present events as I look to the future. I even choose queer and abolitionist ancestors whom I talk to for guidance.

Organizations sometimes appropriate historical figures to legitimize and promote their work. Sometimes, they don’t actually provide equitable access to those it was created to serve. For example, I was interviewed for an article appearing in Talk Poverty on August 13th of last year that featured an organization’s work to operate a crisis line for prisoners. The director of Beyond These Walls, Biff Chaplow, was quoted as saying he believes the next Marsha P. Johnson is in prison right now. That sounds great, but I have never met Biff Chaplow and I don’t even have the number for that crisis line.

In May 2021, I began the Gender Identity Justice campaign as an effort to end the deadnaming of trans prisoners in Washington State. The goal was to build awareness and create public support to convince prison officials to honor legal identity documents of trans prisoners who’ve had a name change since being incarcerated. I did a radio interview for the KGNU show OutSources and published an article in Dame in support of the campaign.

I wrote several letters asking for support from various organizations. I pleaded desperately: trans prisoners need your support during Pride month! I remembered Beyond These Walls and specifically Biff Chaplow’s quote about the crisis line: “A lot of prisoners are surprised that somebody is answering the phone, because they’re used to contacting organizations and being totally ignored.” However, when I wrote to Beyond These Walls, I never heard back from them, or most others. So yes, I did feel ignored.

I am pleading and sending pictures during Pride month, and not feeling the love. If anything, I am feeling tokenized while being invisible to organizations.

To those who didn’t write back but did support the campaign, I want to thank you. Maybe I didn’t feel the support, but if you shared with your network and acted, that is what counts. Collective and generational liberation only happens by people working together. We need more solidarity and fewer heroes.

I understand organizations can’t respond to every letter, but here I am doing organizing work from a prison cell that includes radio and publishing. I am pleading and sending pictures during Pride month, and not feeling the love. If anything, I am feeling tokenized while being invisible to organizations.

This reminds me of the trans activist and Drag Magazine editor Lee Brewster. In 1970, she put up most of the money for the first Pride march a year after Stonewall. That march would not have happened if not for her. That began the huge annual celebration that we call Pride. Yet most of the people who like going to gay parades don’t even know who Lee Brewster is.

Then I got to thinking that Marsha P. Johnson’s dead body was found floating in the Hudson River at the end of Christopher Street. Everyone loves the ghost of Marsha P. Johnson. I hear the empty platitudes and virtue signaling all the time. But then I guess everyone loves the dead. Maybe if more people loved auntie Marsha while she was alive, she wouldn’t have been found dead in a river.

Forgive me if I don’t want to be the next Marsha P. Johnson. Like Marsha, I’ve lived a difficult and trauma-filled life, but I don’t want to die a mysterious death and get fished out of a river. Maybe if people weren’t so busy looking for her ghost, they would notice the first Jessica Phoenix Sylvia is right here and in need of care and solidarity. But then I suppose once I’m dead, everyone will love me too. Then people can look for the next Jessica Phoenix Sylvia while another generation feels lonely and abandoned. Or maybe like Lee Brewster, I’ll put in work to change the course of history and be forgotten by the mainstream assimilationist agenda.

Everyone loves the ghost of Marsha P. Johnson. Maybe if more people loved Auntie Marsha while she was alive, she wouldn’t have been found dead in a river.

When I look at the names and addresses of the organizations written in my book, I wonder what they do and who they actually serve. How many play the sycophant to secure funds from large donors? Do they spend more time congratulating themselves than finding ways to be accountable to those they serve? Who actually has access to help and services?

There is a Seattle organization that has helped me in the past, but is now said to have problems with racism. A couple of white middle-class prisoners that I am locked up with work closely with Beyond These Walls. Do they decide who gets the number for the crisis line? They probably call me a dangerous street person who scares them. Do they even know that Marsha P. Johnson and my spiritual mother Sylvia Rivera were revolutionaries like me?

When I talk to my ancestors for guidance they tell me this: People love the sacrifices of others. They often demonize the living or make heroes of the dead and celebrate their ghosts. I don’t want to be your fetish icon. If you want to honor me then love my children. Nurture the young and cherish your ancestors. Make sure that the vulnerable people who need access to help and support have it. And everyone must ask themselves to contribute a sacred sacrifice of care work.♦

Jessica Phoenix Sylvia is an incarcerated writer, community organizer, and revolutionary abolitionist. She is also an existentialist philosopher and musical artist. Find her on Twitter: @AbolitionJess