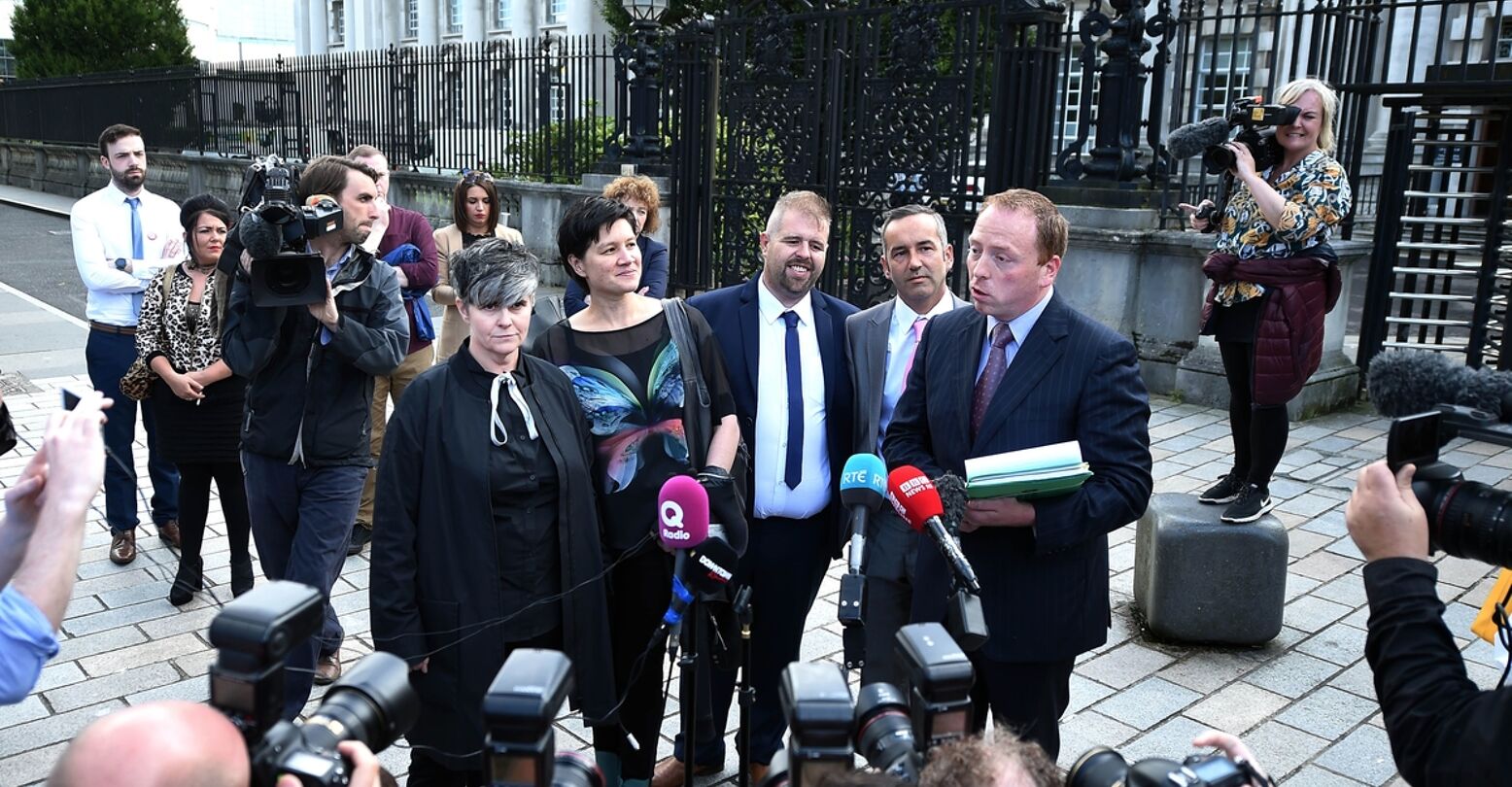 Same-sex couples were denied the right to wed in Northern Ireland on Thursday when its highest court declared marriage equality isn’t guaranteed under its human rights laws.

“It is not difficult to understand how gay men and lesbians, who have suffered discrimination, rejection and exclusion, feel so strongly about the maintenance in Northern Ireland of the barrier to same sex marriage,” said Justice John O’Hara, a judge in the nation’s high court.

“However, the judgment which I have to reach is not based on social policy but on law,” he added.

Justice O’Hara argued that the law was a matter for the national legislature to resolve, but that may be easier said than done. Members of the Parliament have already voted on the issue of same-sex unions five times. In November 2015, marriage equality finally had enough votes to pass. The margin was 53-52, the narrowest of majorities.

But the right-wing Democratic Unionist Party (DUP) blocked same-sex marriage from becoming law, filing a “petition of concern” to veto it. These parliamentary challenges are filed if parties feel legislation doesn’t have sufficient support from Catholics or Protestant groups.

Same-sex marriage, however, is massively popular in Northern Ireland. A 2015 poll from Ipsos MORI poll found that 68 percent of respondents support the freedom to marry.

Following Thursday’s ruling, LGBTQ advocates are calling on British Prime Minister Theresa May to resolve the issue. The 10 legislators who make up the conservative DUP are supporters of Mayand central to her majority in the U.K.’s House of Commons.

“It is the responsibility of Theresa May’s government to make the necessary amendments to the marriage legislation to make it applicable in Northern Ireland,” John O’Doherty, director of the LGBTQ rights group Rainbow Project, told the Belfast Telegraph. “The eyes of LGBT people around the world will now be on Theresa May.”

“She says that she has changed her mind on LGBT equality over her years in Parliament,” he continued. “Now is her chance to prove it.”

Marriage equality has been legal in the United Kingdomwhich includes Scotland and Walessince 2014. But Northern Ireland has remained the lone holdout, one of just a handful of countries in Western Europe lacking full marriage equality. Germany join the fray in July when same-sex marriage was signed into law by president Frank-Walter Steinmeier.

The unfavorable ruling in Northern Ireland was a blow to the three couples who had campaigned for full equality under the law.

Gráinne Close and Shannon Sickles were the first LGBTQ couple to receive legal recognition for their relationship back in December 2005when the country became the first in the U.K. to allow same-sex civil partnerships. The women were wed in a civil ceremony at Belfast City Hall. Chris and Henry Flanagan-Kane followed shortly after.

Although the marriage complaints were filed separately, the judge ruled on the two cases jointly “due to the similarities of the legal arguments,” as The Guardian reported.

The couples were joined by two complainants known as Petition X. Filed anonymously, the same-sex couple were wed in England in 2014, after marriage equality legislation first passed the British Parliament. Upon returning to Northern Ireland, their union was downgraded to a civil partnership.

That will remain the case following Thursday’s verdict. Close told the BBC that the couples were “devastated” by the unfavorable decision but would continue to campaign for their rights. Their attorneys have hinted that an appeal is in the works.

“For us, this is a personal matter,” Close said. “We have families, and our children are being treated differently because of today’s result.”