Amidst the historic victories for LGBTQ politicians over the past year, at least 10 queer or transgender candidates won their primary races in Ohio this month.

Candidates for the House of Representatives in the Ohio General Assembly include Garrett Baldwin of Urbana and Bellefontaine’s District 85; Jeremy Blake of Newark’s District 71; Zach Dickerson of Miamisburg’s District 42; Rebecca Howard of Hamilton and Oxford’s District 53; John McManus of Dayton and Kettering’s District 41; and Taylor Sappington of Athens and Nelsonville’s District 94.

Meanwhile, Melinda Miller will compete in the general election for an Ohio Senate seat in District 31, which also represents Newark.

A majority of these candidates ran unopposed in their elections for the state legislature. Only Dickerson, a newcomer to politics, faced a challenger in the Democratic primaries, but he prevailed by more than 14 percentage points. He will now face off against Republican State Rep. Niraj Antani in the general election.

The self-avowed moderate claimed his message of “civility and bipartisanship” is what resonated with voters.

People like me that are moderate [look] at what’s happening in politics, with people fighting and the obstruction, the partisanship,” Dickerson told the Dayton Daily News, “and we don’t feel like we have a voice.” 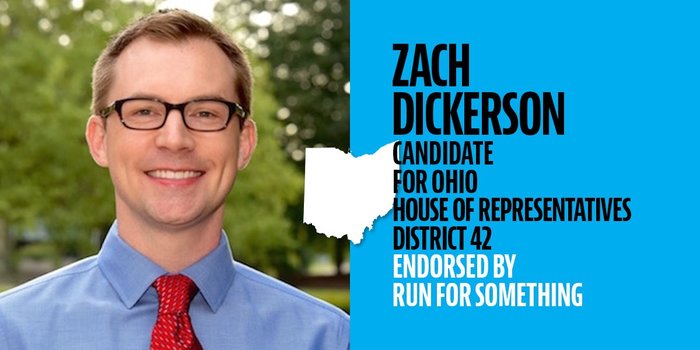 Also unopposed in the May primary races was Lis Kenneth Regula, who is contending for the position of Portage County auditor in Northwest Ohio.

The two key races to watch out for, though, also happen to be the biggest. Rick Neal, who served as a foreign aid worker before running for office, beat high school teacher Rob Jarvis, in Congressional House District 15 with nearly 64 percent of the vote. If elected in November, he would be Ohio’s first openly gay representative to be seated in U.S. Congress.

Neal said in a statement to INTO that the result shows Ohioans are “ready for change.” 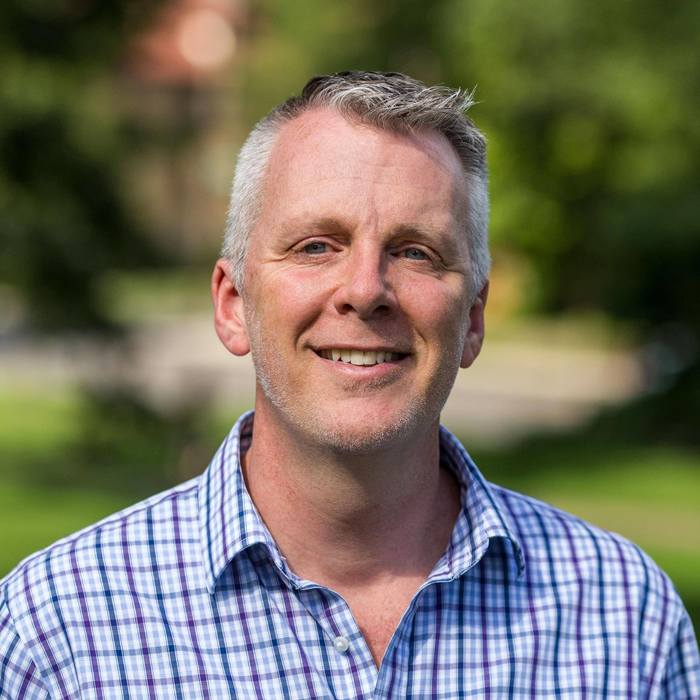 The 51-year-old will compete against Republican Steve Stivers, a four-term incumbent, in November. He has strong backing from Sen. Sherrod Brown, House Rep. Tim Ryan, and former Gov. Ted Strickland, all of whom are Democrats.

Also poised to make history is Rep. Nickie Antonio, the first openly LGBTQ politician to ever be elected to the state legislature in Ohio. After serving in the its House of Representatives for seven years, Antonio is jockeying to graduate to the upper house of the legislature. She moved one step closer this month by beating fellow Democrat Martin Sweeney by 54 percent to 46 percent.

Antonio told INTO over the phone that critics told her it would be “impossible” to defeat Sweeney in the close race. In addition to the fact that Sweeney had the political benefit of having an Irish last name in Cuyahoga County, Antonio was snubbed by the local Democratic Party.

“Sweeney had the county party endorsement,” she claimed. “He was going to be on the sample ballot they mailed to all Democrats in Cuyahoga County.” 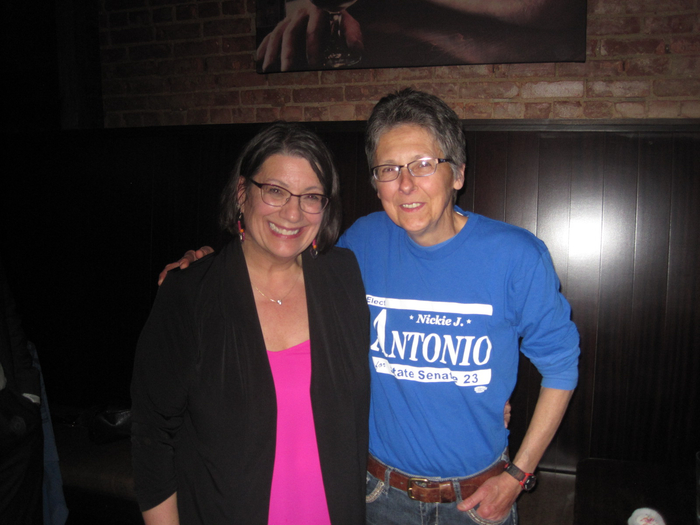 LGBTQ advocates say the embrace of openly queer politicians in the May primaries is a sign things are changing in the Buckeye State. Although Ohio is one of 30 states without fully inclusive nondiscrimination laws, Antonio has introduced a fairness ordinance outlawing anti-LGBTQ bias every year she’s been a member of the state legislature.

That legislation has failed to become law each time it’s introduced, but every year the proposal inches a little closer toward passage. In 2018, the conservative-leaning Ohio Chamber of Commerce came out in support of the bill for the first time.

“All of that sets the stage for more LGBTQ candidates to run in their local communities and for those communities to say, ‘Why wouldn’t we elect you to office?’” Antonio argued. “Bit by bit, piece by piece, we’re changing the culture and the climate around what public service looks like. It looks like all of us.”

Each of the LGBTQ hopefuls interviewed by INTO said their sexual orientation hadn’t been a factor in their race.

In May, the Victory Fund, which is devoted to electing LGBTQ candidates to office, called out an “onslaught” of negative attacks by Antonio’s opponentwhile accusing him of voter suppression.

According to the advocacy organization, Sweeney falsely claimed Antonio lied to constituents by saying was endorsed by Cuyahoga County Democratswhich did not take place. A robocall on behalf of the Democrats campaign also told voters they only needed “one stamp for the return postage” on mail-in ballots when two are required.

But those below-the-belt attacks did not involve her LGBTQ identity.

Blake, who ran twice for Newark City Council before campaigning for the General Assembly, also said the issue never came up during either race.

“I did not have any negative mailings or other organized opposition due to my sexual orientation,” the state House candidate told INTO in an email. “Discussions focused solely on what I wanted to do for people and the community. Being gay was just a part of my identity.”

Blake noted that while a nondiscrimination ordinance has stalled at the state legislature, at least 19 Ohio cities have passed laws protecting queer and trans people in housing, employment, and public accommodations. 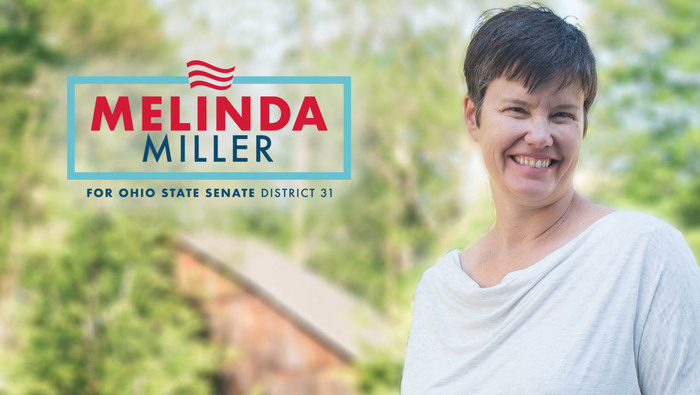 The City Council of Newark, which is an hour’s drive east of Columbus, unanimously approved a nondiscrimination ordinance in July 2016.

“What I believe this shows it the power of coming out,” Blake said. “When more of our people come out, we show the broader community that we are teachers, lawyers, politicians, small business owners, sons, daughters, moms and dads. We are in the community, and people know us.”

While being an LGBTQ politician might appear to be a liability in a conservative state that voted for Donald Trump in the 2016 election, Antonio argued that it’s anything but.

When the State Senate candidate canvassed in support of her primary campaign, she said that talking about her familywhich includes her partner of two decades, Jean Kosmachelped build trust with voters. It demonstrated to her constituents in the greater Cleveland district that she would be able to be as honest as an elected representative as she is about her personal life.

“At the end of the day, we want honesty and integrity,” Antonio claimed. “We want people who will do the right thing for the right reasons. Over and over again, LGBTQ people are able to communicate that that’s what they’re going to do.”

The candidate will be heavily backed by the Human Rights Campaign’s Rising initiative in November, a $26 million effort to get LGBTQ politicians elected. She’s likely to win.

Current office holder Michael Skindell, a Democrat, won by a more than 21-point margin when he first contended for the seat in 2010. He would extend that margin four years laterbeating Republican opponent Tom Haren 62 percent to 38 percent in the 2014 contest.

Antonio was unopposed for the Ohio House in 2016. When she last had a Republican challenger in 2014, she beat Maria Anderson by a whopping 44 points. 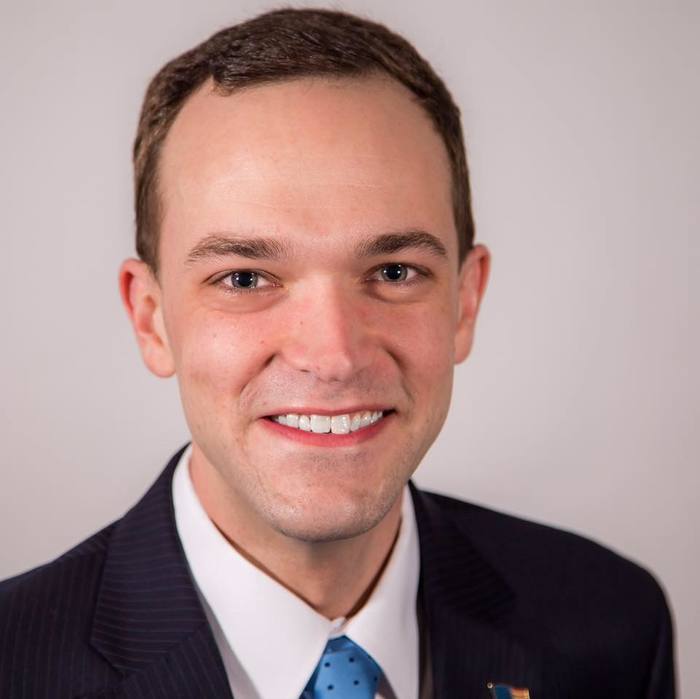 Shawn Copeland, who serves as the Ohio state manager for HRC Rising, said these decisive victories are a sign that the time has come for LGBTQ politicians. As the Ohio primary results were announced last week, queer and trans candidates boasted historic victories in states ranging from Idaho to Pennsylvania.

“Voters understand and see sincerity,” Copeland told INTO in a phone conversation. “That’s something we’re starting to realizenot just within the LGBTQ movement but politics as a whole. People crave sincere candidates.

“A lot of voters are beginning to recognize that what matters isn’t your sexual orientation or gender identity,” he added. “It’s where you stand on the issues.”