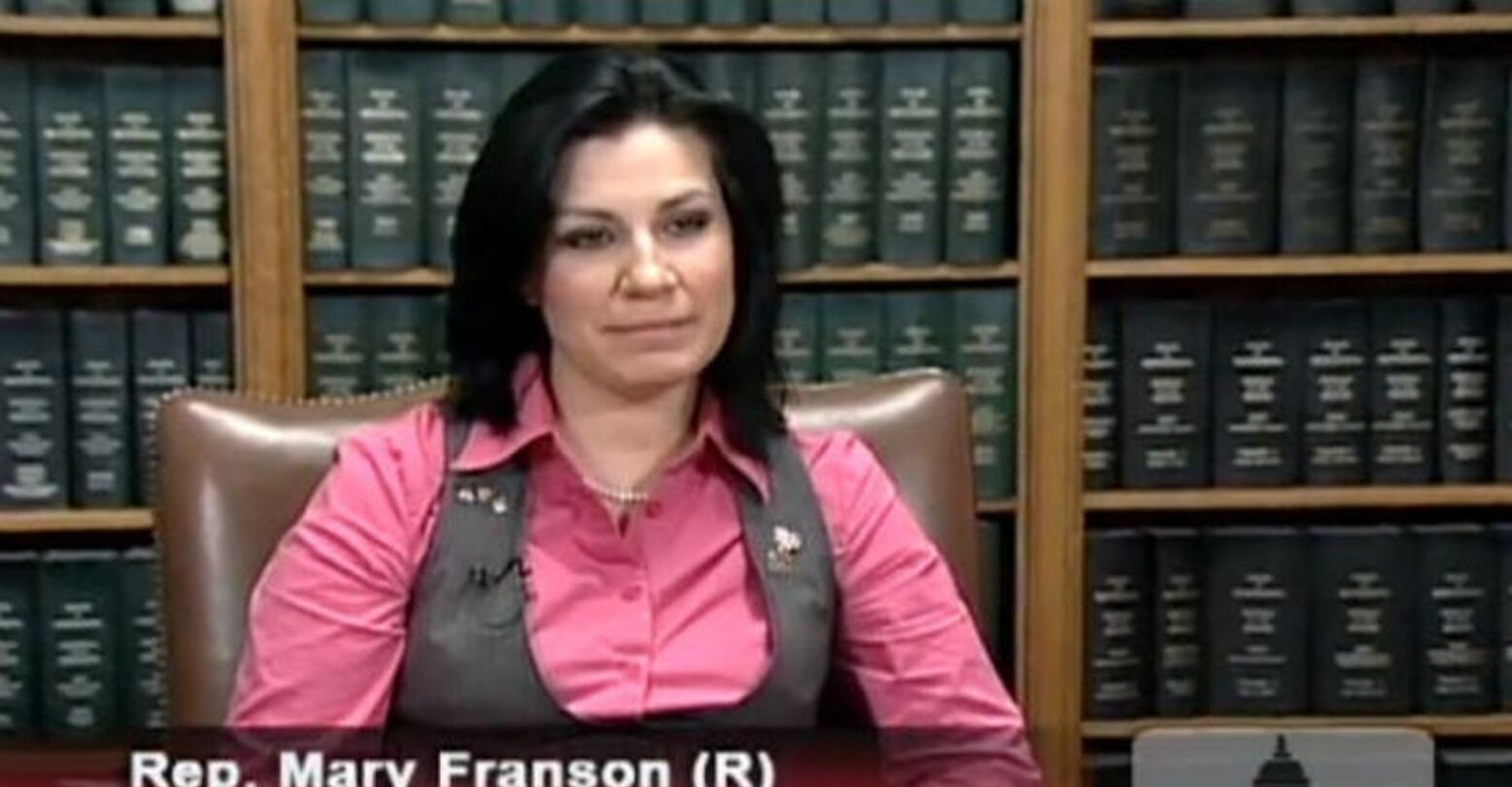 At least one Minnesota lawmaker isn’t pleased with the groundbreaking victories by trans candidates in her state.

On Nov. 7, the Minneapolis City Council made history by tapping two black transgender politicians to the 13-member board: 56-year-old Andrea Jenkins and 29-year-old Phillipe Cunningham. In a since-deleted tweet, State Rep. Mary Franson dismissed these wins by misgendering Jenkins and referring to her as a man.

“A guy who thinks he’s a girl is still a guy with a mental health condition,” she claimed in a Nov. 8 post.

Franson, who represents segments of Douglas and Otter Tail counties in the Minnesota House of Representatives, subsequently put out a faux-apology in which she doubled-down on her anti-LGBTQ ideologies.

“There are times I don’t practice kindness,” she said. “For that I am sorry.”

“While I do believe that one can’t change their gender based on their feelings, I didn’t need to tweet out my thoughts,” Franson continued. “God created man and woman but then sin entered the world and disrupted his perfect plan. He then sent His one and only son, Jesus, to take away our sins and to restore a broken relationship with God. I should have shown grace and not come across the way I did. For that I apologize.”

“I do not apologize for not conforming to the PC world where I’m supposed to go along with fantasy and participate in it,” she added. “This isn’t the first time I’ve offended the social justice warriors and it won’t be the last.”

Jenkins hit back in a statement to City Pages, calling the remarks “unapologetic transphobia.”

“Thank you, Representative Franson, for showing all Minnesotans your true bigotry and unapologetic transphobia,” she told the Minneapolis-based website. “As a tax-paying citizen, I am extremely disappointed in seeing my public officials displaying such discrimination against and complete disregard for transgender residents of the great state of Minnesota.”

Franson refused to respond to a request for comment, calling City Pages “fake news” and a “tabloid paper.”

The politician has a long history of attacking the LGBTQ community. Franson has compared transgender military service to female mutilation. She argued that homosexuality isn’t “normal” during a 2012 electoral debate. And the lawmaker has also referred to anti-bullying campaigns in public schools as “fascism” on the part of “special interest groups.”

Jenkins, the nation’s first-ever transgender woman elected to public office, was just one of a number of trans candidates who shattered the glass ceiling last week.