Professional Chinese surfer Xu Jingsen has officially come out. In a post on China’s social media site Weibo (commonly thought of as Chinese Twitter) Jingsen came out by way of announcing his trip to Paris this summer for participation in the global Gay Games.

He uses his anglicized name, ASam, in the post.

“I am ASam. I will attend the global Gay Games in Paris, France, in August this year and serve as an ambassador. Life is human, the ultimate measure of our inner courage,” ASam writes on Weibo. “Yes, I am gay. We have the right to choose love and to be loved. Sex, age and skin color are not shackles. Today, I am brave to be my most true self, and I see it as the greatest gift I have ever given. If my bravery brings comfort to those who feel lonely, and encourages them to support equality, then everything I do will be more meaningful.” 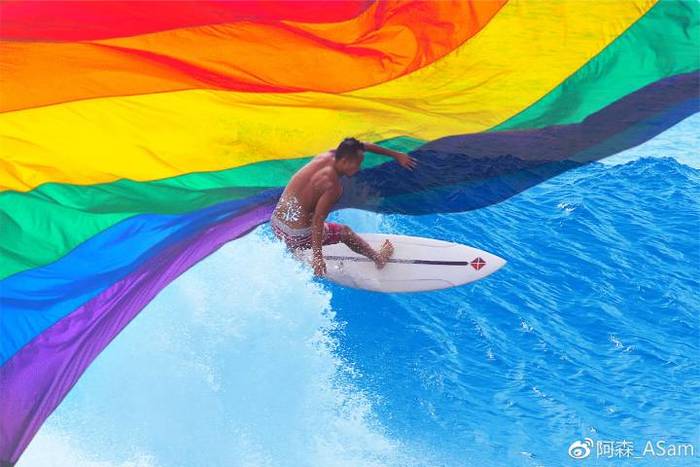 According to Outsports, ASam is believed to be the first openly gay athlete in China. China’s societal and legal relationship to LGBTQ people is pretty rough. Weibo, for example, recently attempted to ban all gay content from it’s site. In addition, aside from same-sex sexual activity being legal, there are virtually no legal rights for LGBTQ people. Gay marriage is illegal, adoption is illegal and there are no anti-discrimination laws that include LGBTQ people.