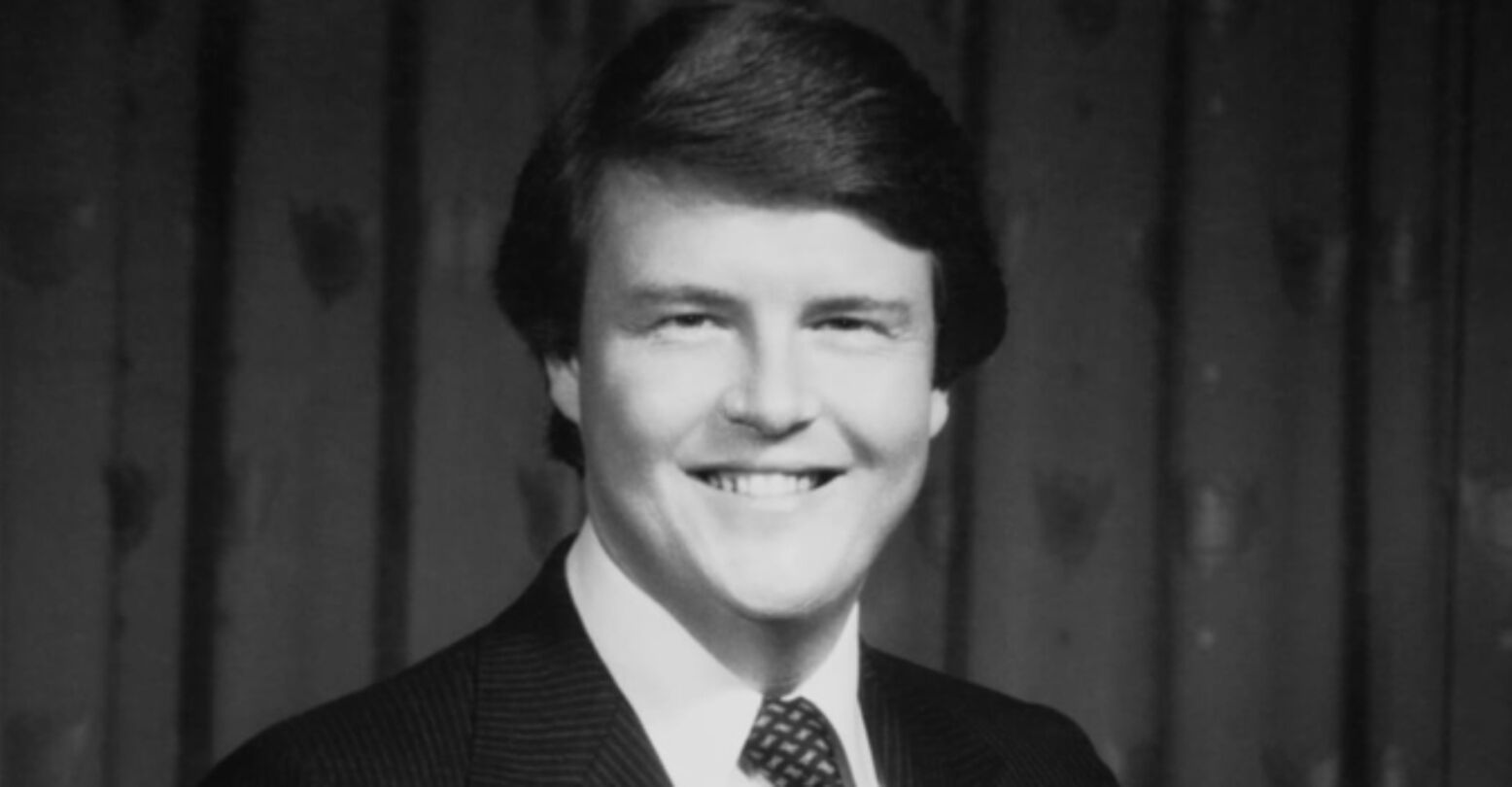 “Let us hold tightly to one another, taking pride in who and what we are… ultimately God’s creatures all.” —Jon C. Hinson

America thrills at the prospect of a tragic figure: the sorrowful empty vessel into which we pour our shortcomings.

Jon C. Hinson was one such figure.

Born in Tylertown, Mississippi, Hinson rose from relative political obscurity to become the Republican Representative for the state’s 4th District. He had been working for Senator Thad Cochran (R-Miss.), previous occupant of the seat, and jumped at the chance to run when Cochran moved into the Senate, winning in 1978.

In 1977, the Cinema Follies, an adult film theater catering to gay men at 37 L Street SE in Washington, D.C., burned down, taking the lives of several men. Hinson was among the survivors. One year prior, Hinson had been arrested for morals charges after the then 38-year-old two-term Congressman was charged with sodomy, a felony, and released on $2,000 bail for a hearing, alongside Harold Moore, a library assistant at the Library of Congress.

In the run-up, word of Hinson’s 1976 arrest got out, leading to scandal, shock, and…reelection. In a four-way race, Hinson won the plurality, retaining his seat. When he got back to Washington, D.C., he was soon arrested again, this time in a Capitol office building, while engaged in oral sex with another man. Arrested for sodomy, he resigned in April of 1981.

The scandal, made all the more shocking for the fact that Hinson was white and was caught with a black man, played on the unsympathetic fears of a homophobic populace. Jet Magazine noted at the time that Judge Turk Thompson let Hinson go, but jailed the other man overnight; they also noted that although the national press did not note the race of the other man, it was heavily hyped in Jackson, Miss., “provoking a spate of demands for [Hinson’s] resignation.”

With his second term ending abruptly, Hinson quietly left political life…at least for a little while. 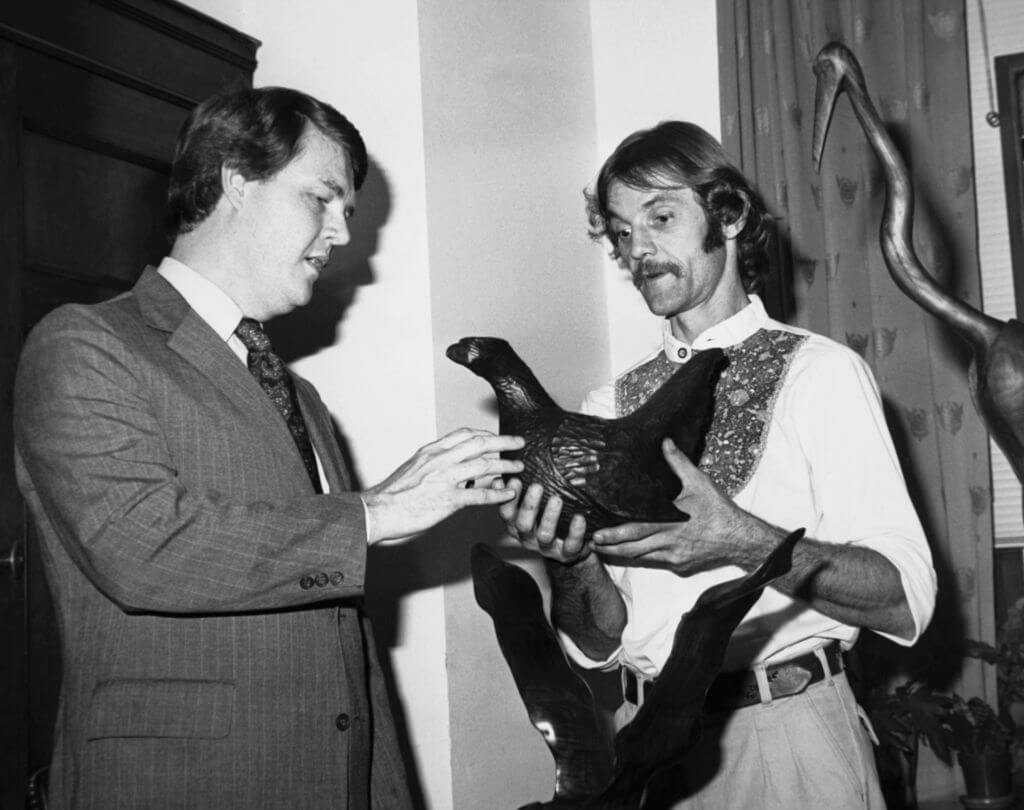 Hinson was all of this, but he was none of this at the same time. Like so much scandal today, far too much of it is the product of the popular imagination. It’s not what he had done, it’s what people think he’d done. There’s no question that Hinson had been caught in the men’s room with another man, or at the Iwo Jima Memorial, but the feverish belief of the homophobic mind fills in blanks that don’t exist, expanding those shrunken spaces where the closeted and the thrill-seeking alike exist for public scrutiny.

Homophobes, Hinson once told partygoers at a celebration for the organization Virginians for Justice, are “happy…to consign us all to a kind of social, political, moral ghetto where tragically many of us remain, victims of their hate and victims of their internalized homophobia with which so many of us, myself included, have had to contend.”

Hinson believed that “much of the abuse and discrimination [the LGBTQ community has] endured is due to our own acceptance or ‘buying into’ their agenda,” including accepting the ideas behind constitutional limits on rights, being “inherently unworthy of admission” to governing organizations, and restrictions on family formation.

In order to break free of these limitations, Hinson became an activist.

According to Bart Forbes, Urvashi Vaid introduced the two of them after Hinson sought out opportunities to get into gay politics. Vaid was the executive director of the National Gay Task Force (now the National LGBTQ Task Force), and Forbes was involved in a variety of local-level activist organizations and knew Vaid from prior work at the Gay Community News in Boston. “[Hinson and I] first met when I invited him to the [Alexandria Gay Citizens Association] fifth-anniversary party and fundraiser on June 11, 1988,” recalled Forbes.

Hinson would continue to help Forbes with organizing, assisting at Fairfax Lesbian and Gay Citizens Association events, advising Virginians for Justice, and working at the TV station he helped found with Forbes and others, GAY FAIRFAX.

Much more than that

Hinson’s life before activism was much different than the scandal narrative would suggest, and his tension with the past reflected an effort to navigate life in (and out of) the closet. Even so, it’s difficult to find his involvement with any particular legislative act that can be construed as anti-gay.

Hinson was faced with one solitary anti-gay vote, an anti-promotion of homosexuality amendment to the Legal Services Corporation Authorization Bill in 1980. When the amendment was offered by Rep. Larry McDonald (D-Ga.), rather than vote on it, Hinson left the floor and went to a physician’s appointment. Hinson noted this in a personal letter in which he explains that author Michelangelo Signorile, in writing the first edition of Queer in America, erred in stating he had voted against gay rights.

In the second edition of Queer in America, no such assertion exists.

“I can’t look into his heart,” Hinson wrote of Signorile’s first attempt, “but I can judge his research skills which, in my case, are absolutely abominable.”

Hinson’s congressional career was remembered fondly, and to this day still is.

Stuart P. Stevens, once a Hinson staffer and campaign worker, recalled in a 1995 Clarion-Ledger article that Hinson was “an exceedingly bright, very gifted person in many ways.” Stevens and Hinson originally met when Stevens was a page for Rep. Charley Griffin (D-Miss.), Hinson was the Chief of Staff.

Stevens, today a media consultant who served in Mitt Romney’s 2008 primary campaign and became the Utah Governor’s (and now US Senate Candidate) top strategist for 2012, still has warm memories of Hinson.

“Jon ran against the son of Senator John Stennis and no one thought he could win,” said Stuart of Hinson’s first campaign. “He called me when I was in film school at UCLA and asked me to make ads for him. I told him that I really didn’t know how to make ads, but he said he couldn’t afford to hire anyone and I had to. Sort of joking but sort of not. He ended up winning which really was a function of him being a good candidate and being in the right place at the right time, not our ads. “

“Jon was a wonderful person,” recalled Stevens. “Funny, smart, very kind to those working for him. You know he came from Tylertown, Mississippi, and his dad was a Democratic Supervisor. Loved his parents.” Hinson’s mother and father both tragically perished after a fire in 1984.

According to the New York Times, his father was in his fifth term as supervisor and his mother was the Tylertown librarian at the time. “Those small-town Mississippi roots were always with Jon,” remarked Stevens. 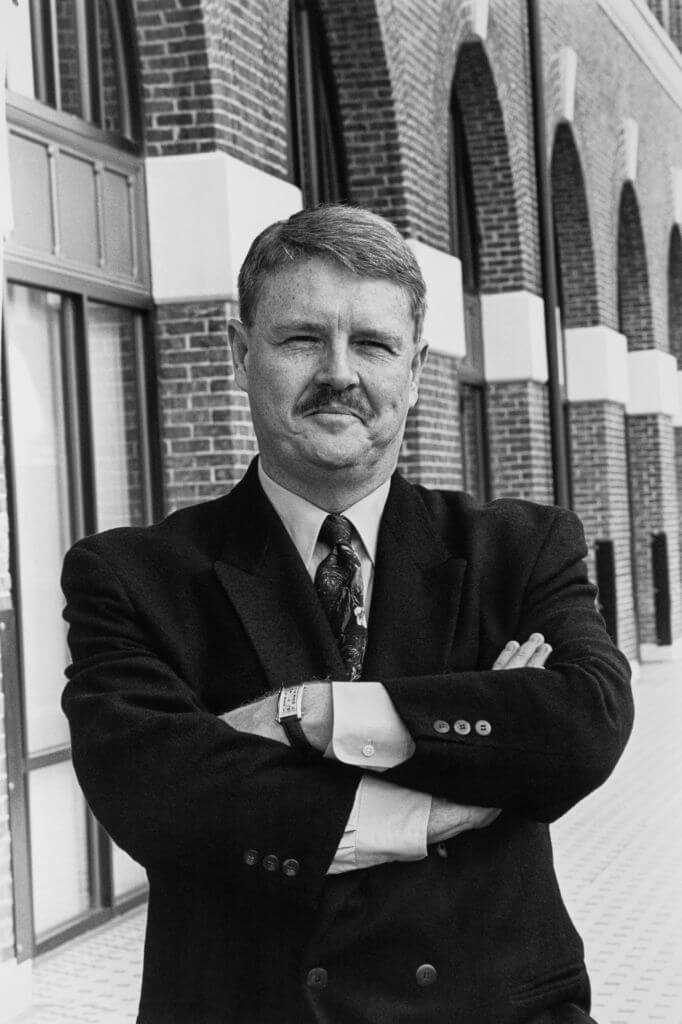 Stevens says he and Hinson didn’t remain as close as he had liked. “I spoke to Jon a few times after he resigned but sadly didn’t really stay in touch,” said Stuart. “I wish I had.”

Bart Forbes’ tribute to Hinson drew on not only his memories, but those of Hinson’s friends from Mississippi. So touched by Hinson were these friends that one offered the following words to Forbes: “It was great to have had the opportunity to spend time with Jon on his last two visits to Tylertown. Although there were years when I did not see him I never lost faith in him.”

Yet, it’s in Hinson’s own words that his humanity is most visible.

In his address to Virginians for Justice, Hinson begins his closing remarks with the following:

“Let us not be blinded to the intentions of those who mean to do us harm but let us not be blinded to the efforts being made by the good-hearted people out there who may not yet be ready to make a whole-hearted commitment to our cause…for ignorance is a curable disease. Finally, let us hold tightly to each other, believing in each other, and believing in the essential. Consummate rightness of our cause in its eventual triumph. It will come, soon or late, it will come.”

Hinson died of respiratory failure resulting from AIDS in Silver Spring, Maryland in July of 1995. He was 53.