For the first time in its history, queer people will have an equal vote in the upper echelons of Salt Lake City’s government. Although there are seven councilmembers in total, its mayor is one of just a handful of lesbian politicians in the U.S. tapped to lead a city or state. Jackie Biskupskiwho married her longtime partner, Betty Iverson, in 2015was elected two years ago with 52 percent of the vote. She is the city’s first openly gay mayor.

That means the city’s government is now split four to four between LGBTQ and non-LGBTQ officials. Biskupski calls the milestone “exciting” in a phone interview.

“The message that it’s sending across the city is that people are being vetted purely on their own merits and not because of a particular issue or their identity,” the 51-year-old tells INTO. “These are very intelligent people, and they should have been elected.” 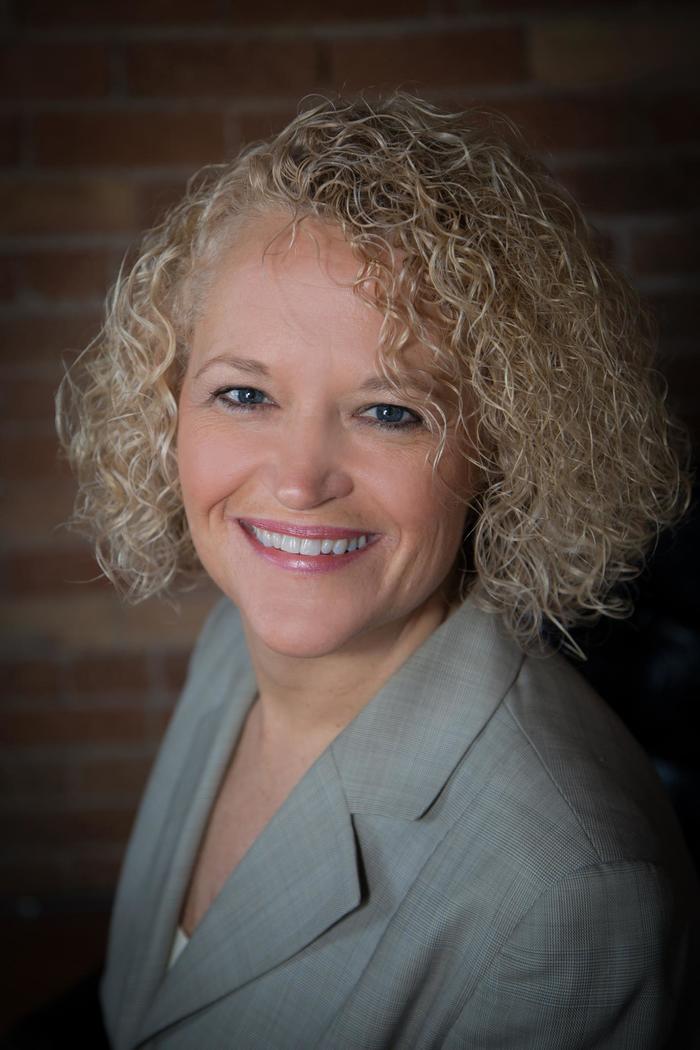 The Nov. 7 victory was vindication for Amy Fowler, who lost the 2015 special election to Utah’s House of Representatives by just one vote. Utah representatives run in a unique system resembling the Democratic National Convention, and incumbent Rep. Lynn Hemingway narrowly won over the elected delegates.

This time around Fowler won in a landslide, claiming 63 percent of the vote.

The public defender confesses that she’s “glad” she didn’t win two years ago. “I feel like the city council is a much better place for me to make a difference,” she tells INTO over the phone. “It’s very local and grassrootspolitics at its finest.”

In delaying victory until the next election cycle, Fowler also had the opportunity to be part of a watershed moment in American politics. At least 40 LGBTQ candidates won their respective races in the 2017 runoffs. Virginia’s Danica Roem defeated one of the country’s most proudly homophobic officials to become the first transgender woman elected to a state legislature. Andrea Jenkins, elected to the Minneapolis City Council, will be the only trans woman of color to hold public office in U.S. history.

Wharton believes the election of out politicians in places as varied as Durham, N.C.; Tucson, Ariz., Westwood, Kans.; and Toledo, Ohio is a reminder that the LGBTQ community “can create safe spaces in unlikely places.”

“We can make progress anywhere, even in places that seem the most hostile,” he tells INTO. “No place is worth giving up on.”

In recent years, Salt Lake City itself has become an unlikely refuge for LGBTQ people in the heart of Mormon country. Per capita, the city has the nation’s seventh-largest queer and trans population in the country, according to a 2015 Gallup report. It also boasts the highest percentage of same-sex couples raising children of any U.S. metro area.

The Advocate once named the city of nearly 200,000 residents the “gayest” in the country.

Although that decision was somewhat controversial at the time, Wharton describes Salt Lake as a “city of contrasts.” Settled by pioneers with the Church of Jesus Christ of Latter-day Saints, immigrant populations and miners followed soon after, looking for work and a better life in the West. Today the city is home to both the Mormon Church and a thriving counterculture, as memorialized in the film SLC Punk.

Fowler describes the city as a “mecca for people who feel different.”

“Everyone in their little towns outside of Salt Lake who feel disenfranchised get to come here and find a community,” she says. “That’s not just for the LGBTQ community. It’s a place where people can find that they can feel accepted and fit in.”

Fowler grew up in North Ogden, a conservative town that’s a 45-minute drive from Salt Lake City. Donald Trump won the county by a 20-point margin in the 2016 election. Her family would move to Willard when she entered high school, a small town to the far north the state. Trump beat Hillary Clinton by 50 percentage points there; the former Secretary of State even finished behind the independent candidate, Evan McMullin.

Around 50 percent of the population in North Ogden identifies as Mormon. More than three-quarters of Willard residents are members of the LDS Church.

Even though she wasn’t born into the faith, the 39-year-old converted to Mormonism at a young age because, as she explains, it was “how you got friends.” All of her friends were Mormons, so she became Mormon, too. 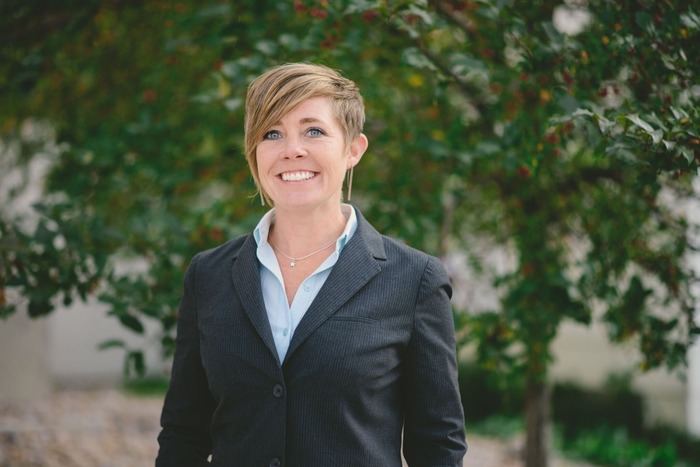 But even as a girl, Fowler clashed with the restrictive gender roles taught by the leaders in her ward (i.e., the Mormon term for a local congregation). She went home to her mother one day and wept after being told that the only reason women go to college is so that they can get a husband and start a family, instead of starting a career. Fowler was raised by liberal parents and was taught the word “scholarship” at the age of five.

“How does the church not accept that I want to have a career?” she pleaded with her mother to know. “I don’t care about getting married. I want to make a difference in the world.”

Getting out of Northern Utah helped Fowler pursue her ambitions and express her identity: She came out as a lesbian during her sophomore year at Seattle University. Although leaving Utah allowed her to be her most authentic self, coming back gave her the opportunity impact others who may be struggling in a faith where othorodoxy leaves little room for difference. After getting her law degree from the University of Utah in 2011, Fowler opened a 501(c)(3), LGBT and Allied Lawyers of Utah. Wharton sits on her board.

“It was important to me that people not only felt that they had a space to identify with and be a part of, but also for our allies to learn about the very unique issues that our community faces legally,” she says. “For a lot of people, that’s our homeless youth.”

“No place is worth giving up on.”

LGBTQ young people in Utah often face extreme difficulties after coming out, which critics believe is a product of the religion’s hardline stance on homosexuality. Church leaders released a policy in November 2015 branding the children of same-sex couples as “apostates.” The new doctrine mandated that they would be ineligible to receive baptism until they turn 18 years old and renounce their parents’ marriage.

At least 32 LGBTQ youth took their own lives in the three-month period after that policy was enacted, according to reports from Mama Dragons, a network of queer-affirming mothers.

Young people who don’t struggle with suicidal ideation may find themselves on the streets, forced out of the home by Mormon parents who don’t accept their sexuality. Salt Lake City’s Outreach Resource Center reports that more than half of the homeless youth population they serve identifies as queer or transgender.

Wharton was raised “Jack Mormon,” a term for people who are culturally LDS but rarely attend church services. But he understands the struggle of being gay in a state where around 60 percent of the population claims to be Mormon.

“It’s just a bad deep pit in your stomach that doesn’t go away,” he explains.

“The conservative culture that surrounds the LDS faith makes it difficult for kids to reconcile this message they’re told about not being worthy in their spiritual lives,” Wharton says. “They’re feeling like there’s not a safe place to turn. They feel like there’s no one else there that’s like them or to talk to about these realities that they’re facing.” 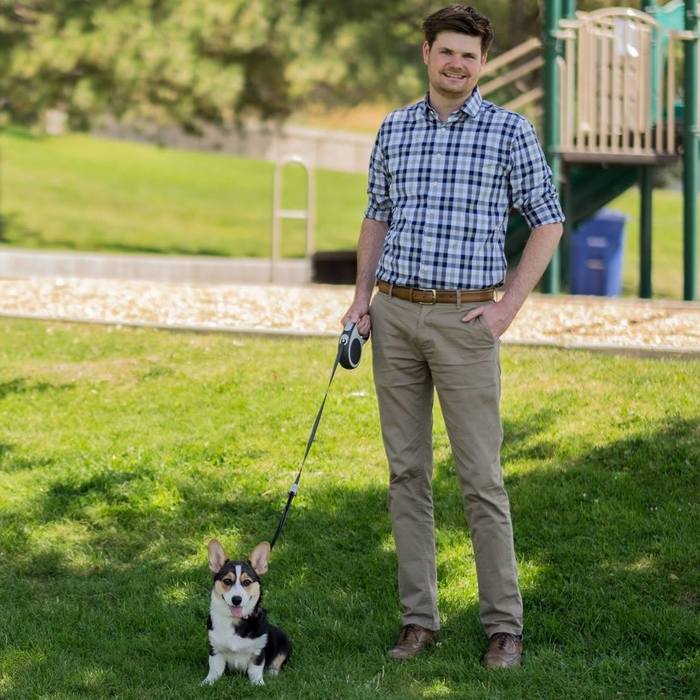 The city’s LGBTQ officials plan to continue to use their public platform to impact this vulnerable population.

The downtown area has one shelter for the general population and one smaller shelter, which houses both LGBTQ and non-LGBTQ youth. The Volunteers of America Youth Resource Center for Homeless and At-Risk Youth opened in 2016, just four months after Biskupski took office. The mayor helped push through legislation as a member of Utah’s House of Representatives which helped pave the way for that project, she tells INTO.

“Prior to that legislation, you couldn’t have a resource center that would house youth,” Biskupski claims.

Salt Lake City has mounted an ambitious plan to tackle homelessness in the state, which faces a high demand for services. VOA provides meals to 60 young people each day and houses up to 30 residents at a time in a short-term transitional housing facility.

The Road Home Shelter, located just blocks from the Mormon Temple in the center of Salt Lake City, is scheduled to terminate services in June 2019. When that facility closes up shop, Biskupski says four resource centers will take its place: two located downtown and two located in the greater Salt Lake County area. One of the facilities is earmarked for women, while another will house homeless families. Each of the shelters erected within the city limits will be able to provide shelter and resources to as many as 200 people.

The Salt Lake City government has had an unexpected partner in that effort: the LDS church.

“They have been very supportive of the work we’re doing on homelessness and have shown up in a very big way to make progress on this issue,” Biskupski says.

The mayor doesn’t tiptoe around the difficulty of being one of the first openly gay politicians in a state where 88 percent of the legislature is Mormon. When Biskupski signed onto an amicus brief supporting a gay couple denied a wedding cake in Masterpiece Cakeshop v. Colorado Civil Rights Commission, leaders with the LDS Church filed a brief defending the baker who turned them away. The Supreme Court heard oral arguments in that case earlier this month.

But she believes it’s incumbent on Salt Lake City’s queerest government ever to ensure the two entities continue to work in an “effective and collaborative way.”

“Do we still have things we disagree on?” Biskupski says. “Sure. But at the end of the day, they show up and I show up. And we work together on things we can agree on. That’s an important relationship that needs to continue.”