Love won again on Tuesday as the Australian Senate voted in favor of a bill that would legalize same-sex marriage following a successful nationwide plebiscite.

Senators voted 43-12 to push through the legislation following more than 20 previous attempts to pass a marriage equality bill. The legislation did not include amendments proposed by Liberal Senator James Paterson that would allow bakers, florists, and other wedding providers to refuse services to same-sex weddings. 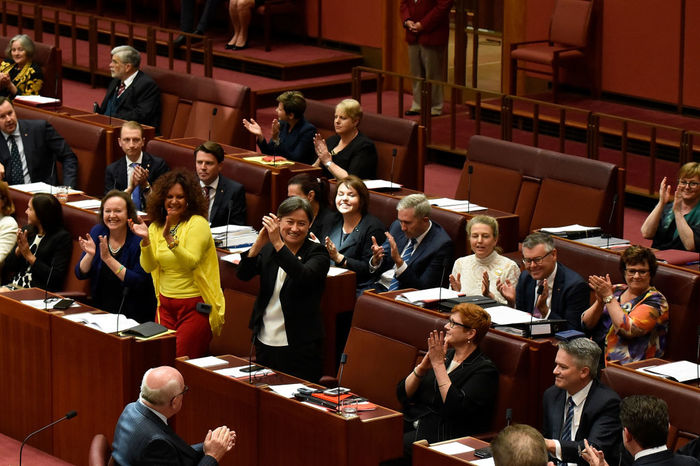 Tuesday’s bill, however, does include some exclusions for “religious marriage celebrants,” a term referring to ministers and other faith-based organizations. Thus, a Catholic priest will not be forced under Australian law to officiate a same-sex wedding if the ceremony would conflict with his sincerely held religious beliefs. These provisions were long expected.

Applause and cheers broke out in the Australian Senate following the vote. Senator Penny Wong, the first openly lesbian MP, said it represented a “remarkable achievement and an historic event.”

“What [marriage equality] says to young LGBTQ Australians,” Wong told colleagues prior to the vote, “what it says to the young man struggling with who he is, or the young woman who feels alone and ashamed, what it says to the children of same-sex couples who feel ostracized this parliament, this country, accept you for who you are. Your love is not lesser, and nor are you. It says you’re one of us.” 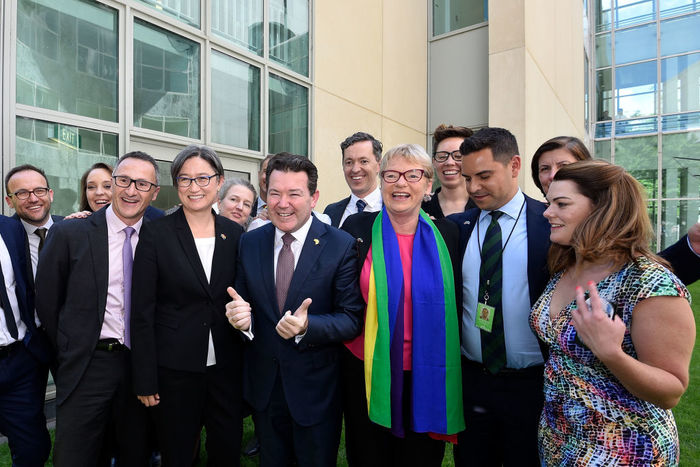 The legislation will now move to the country’s 150-member House of Representatives for approval, where it is largely expected to pass.

Sixty-one percent of voters voiced their support for marriage equality in a Nov. 15 referendum, with just 38 percent opposed. More than 12 million people cast a ballot in the postal survey. But because the vote was nonbinding, same-sex marriage will not become law until Parliament passes legislation making it so.

Prime Minister Malcolm Turnbull has promised to push marriage equality through the legislature by Christmas.