The heir to Saudi Arabia’s throne pledged a return to “moderate” Islam in a Tuesday speech heralded as a harbinger of moderate reforms.

In an address delivered to foreign investors at the Riyadh’s Future Investment Initiative conference, 23-year-old Prince Mohammed bin Salman vowed to use the power of his position to “destroy extremism” in the conservative nation. Saudi Arabia is ruled by far-right Wahhabism, an ascetic form of Islam in which homosexuality is punishable by death.

“We want to live a normal life,” Mohammed said. “A life in which our religion translates to tolerance, to our traditions of kindness. Seventy percent of the Saudi population is under 30, and honestly we will not spend the next 30 years of our lives dealing with destructive ideas.”

The young prince, who won the title over his brother earlier this year, pointed to the country’s extremist turn after 1979, a time of great upheaval in the Middle East and Southwest Asia. The year marked Iran’s Islamic Revolution, when the Pahlavi dynasty was overthrown in a revival of religious fundamentalism. The same year Shiite minorities would campaign to oust the ruling monarchy in Saudi Arabia. 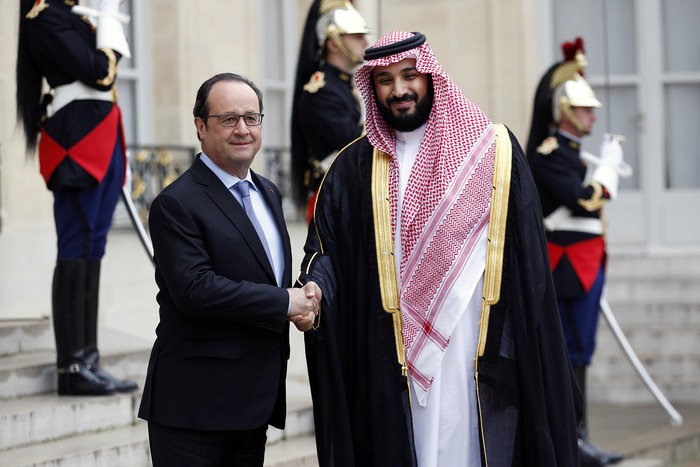 The prince’s pledge to deradicalize the Muslim nation is part of Vision 2030, a sweeping plan to modernize Saudi Arabia’s economy. The country hinted at these reforms in September by issuing a decree allowing women to drive, a policy that will be implemented in 2018. But the Persian Gulf state has a long way to go: Women must still receive the permission of a male relative to travel or to wed.

CNN also questions whether the Saudi Arabia is ready for reform. The news network claims that Mohammed’s speech “ignores opposition from those Saudis who are alarmed by even limited moves toward social liberalization.”

It also remains to be seen how pledges of liberalism will impact the local LGBTQ community, who were not explicitly mentioned in the Tuesday address.

Under Saudi Arabia’s application of Sharia law, being found guilty of same-sex relations is punishable by flogging, chemical castration, and life in prison. Two transgender Pakistanis were reportedly beaten, tortured, and killed after being arrested in Riyadh earlier this year. Eleven of those detained in the same sting operation were slapped with a $1,000 fine.

LGBTQ people may not have long to find out. The current king, Salman, is 82 and said to be in poor health. Mohammed is poised to ascend to the throne after his father’s passing.