The past week has landed blow after devastating blow against people committed to justice, including those of us fighting in the courts to protect LGBTQ lives. It feels impossible to process Wednesday’s news of Justice Anthony Kennedy’s retirement immediately after he helped authorize the Muslim Ban and strike major losses to reproductive justice and public sector unions. The thought of another Trump-appointed Supreme Court Justice and the havoc they will wreak on the Constitution is terrifying.

But in the aftermath, we must remember that LGBTQ people have been battling for the right to exist long before we dreamt of a Supreme Court decision acknowledging our right to do so. The reality of LGBTQ legal history is that the Supreme Court has been against us far longer and for more of our history than it has been “for” us. Before Obergefell, before Windsor, and even long before Lawrence v. Texas, the Supreme Court case that decriminalized sodomy in the states, we lost. We lost over and over again in state and federal courts across this country, but we never gave up — even when the Court was stacked against us.

Bowers v. Hardwick occurred at a crucial moment in history when our government was ignoring that LGBTQ people were dying of HIV/AIDS by the thousands. In the 1986 case, the Court reviewed a constitutional challenge against a Georgia law that criminalized same-sex intercourse between consenting adults. Because of a clerical error, an Atlanta police officer showed up at Michael Hardwick’s house and observed him engaging in oral sex with a male companion. The officer arrested both Mr. Hardwick and his companion for felony sodomy. Hardwick sued the state of Georgia because as an openly gay man, it was only a matter of time before he was arrested again.

The case made its way to the Supreme Court, where Justice Byron White wrote in a 5-4 majority opinion that the Constitution did not confer a “fundamental right to engage in homosexual activity.”

The loss in Bowers came at a particularly painful moment in LGBTQ history. Five years into the AIDS epidemic, Bowers told LGBTQ people what they were already hearing from their jobs, families, and even hospitals caring for them on their deathbeds: You are not wanted, there is no place for you here. LGBTQ people could not even be assured of their right to privacy in their own homes, perhaps the most important right enshrined in the Constitution. This decision seemed to symbolically say that there was nowhere for queer people to safely exist.

But despite the ruling in Bowers, LGBTQ people kept fighting. 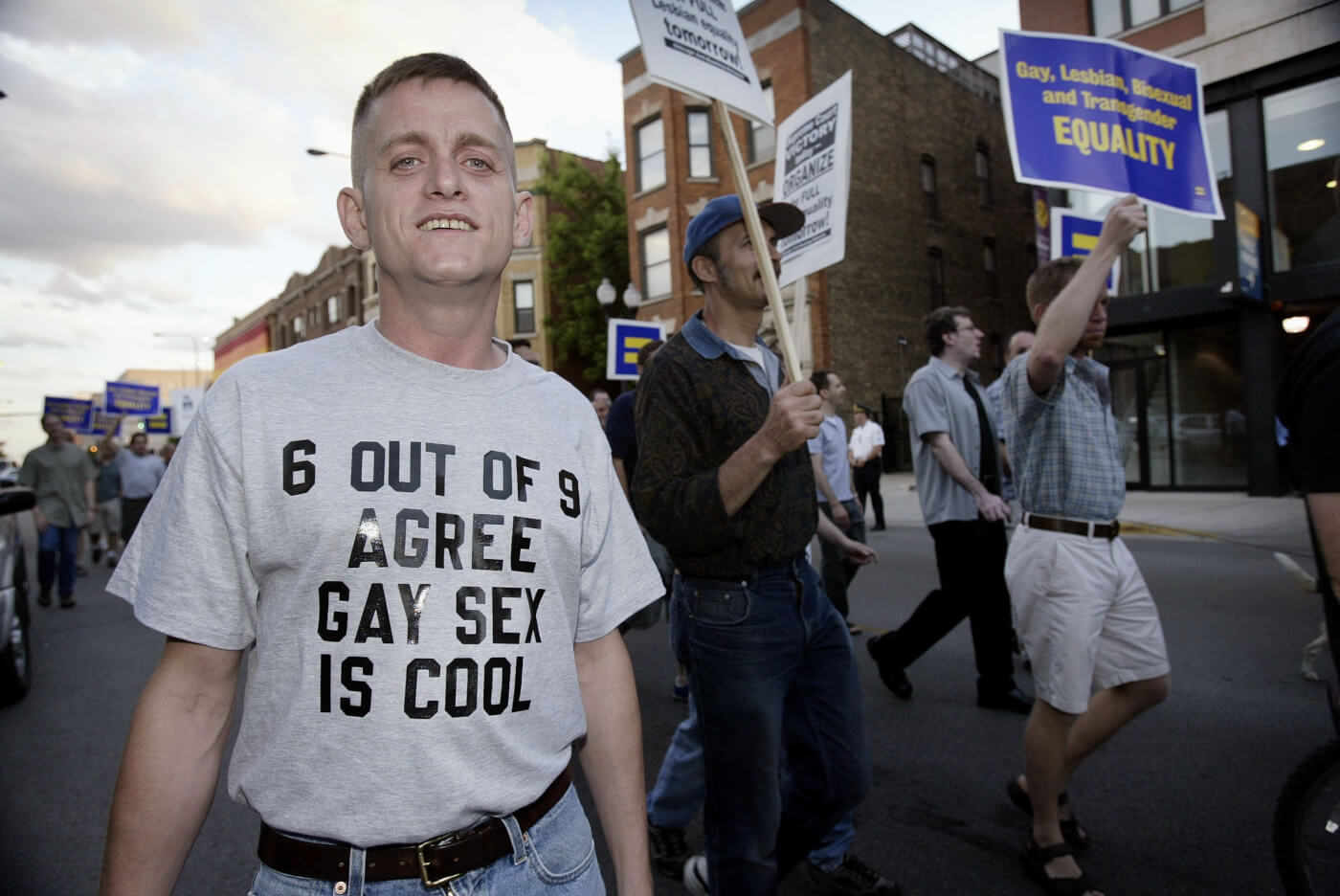 Eight months later Larry Kramer and a coalition of New York activists founded the AIDS Coalition to Unleash Power — also known as ACT UP — the group responsible for countless direct actions, political organizing, and agitation that changed the landscape for people living with HIV/AIDS. Among other things, ACT UP shamed President Reagan, the federal government, and the Food and Drug Administration (FDA) into moving more quickly to fund treatment research and drug trials.

ACT UP’s “productively confrontational” methods, like dumping ashes of people dead from AIDS on the White House lawn in 1992, demonstrated that LGBTQ people were not backing down from the fight for their lives.

In addition to waging a war against AIDS, LGBTQ people also fought to change the legal and cultural landscapes of their communities, cities, and states. In 1988 and 1989, the first local and statewide LGBTQ anti-discrimination laws were passed in Austin, Texas, and Massachusetts, respectively. The early 90s saw Minnesota, New Jersey, California, and Vermont banning sexual orientation discrimination in public and private sector employment.  The 1993 March on Washington for Lesbian, Gay and Bi Equal Rights and Liberation drew a crowd of nearly one million people, making it one of the largest protests in United States history.

LGBTQ people worked to change hearts and minds in the world around them by demanding dignity and dispelling ignorance, even despite the Supreme Court’s ruling in Bowers.

In 1995, the Supreme Court issued its next anti-LGBTQ decision in Hurley v. Irish American Gay, Lesbian and Bisexual Group of Boston. In a unanimous decision, the Court ruled that the Gay, Lesbian and Bisexual Group in Boston (GLIB) could be excluded from marching in Boston’s venerable St. Patrick’s Day Parade. The Court found that the parade inherently constituted a message that the organizers had a First Amendment right to protect—which appears to be that Irish-American LGBTQ people are not welcome.

The Court’s decision, authored by Justice Souter, found without that a large public parade, loosely organized by a private group was entitled to exclude whomever they chose, even though the only other group ever excluded was the Ku Klux Klan.

Despite the Supreme Court’s clear message that LGBTQ people could continue to be excluded and erased from public life, the community remained undeterred in its fight to exist. In the years between Hurley and before the court’s first “pro LGBTQ” ruling in Lawrence, the movement challenged virulent anti-LGBTQ laws across the country. The very next year, in Romer v. Evans, the Supreme Court overturned Colorado’s Amendment 2, which would have amended the state’s constitution to prevent any city, town, or county in the state from taking any legislative, executive, or judicial action to recognize LGBTQ people as a protected class.

In 1999, the first Transgender Day of Remembrance was organized by Gwendolyn Ann Smith to increase awareness about violence against transgender people. The next year the Transgender Pride Flag was first flown at a Pride March in Phoenix, while the Parents and Friends of Lesbians and Gays (PFLAG) established its Transgender Network, acknowledging the particular challenges faced by transgender people.

It wasn’t until 2003 that the Supreme Court announced its decision in Lawrence v. Texas, which overruled Bowers and found that LGBTQ people had a constitutional right to privacy. In a vote of 6-3, Justice Kennedy found that state sodomy bans were, thus, illegal: “Gay people are entitled to respect for their private lives. The State cannot demean their existence or control their destiny by making their private sexual conduct a crime.”

Yet even when LGBTQ people have won at the Supreme Court, it has not heralded the end of homophobia and transphobia. Obergefell v. Hodges, the 2015 decision legalizing marriage equality, led to a calculated backlash from conservatives attempting to erase LGBTQ people from public life. 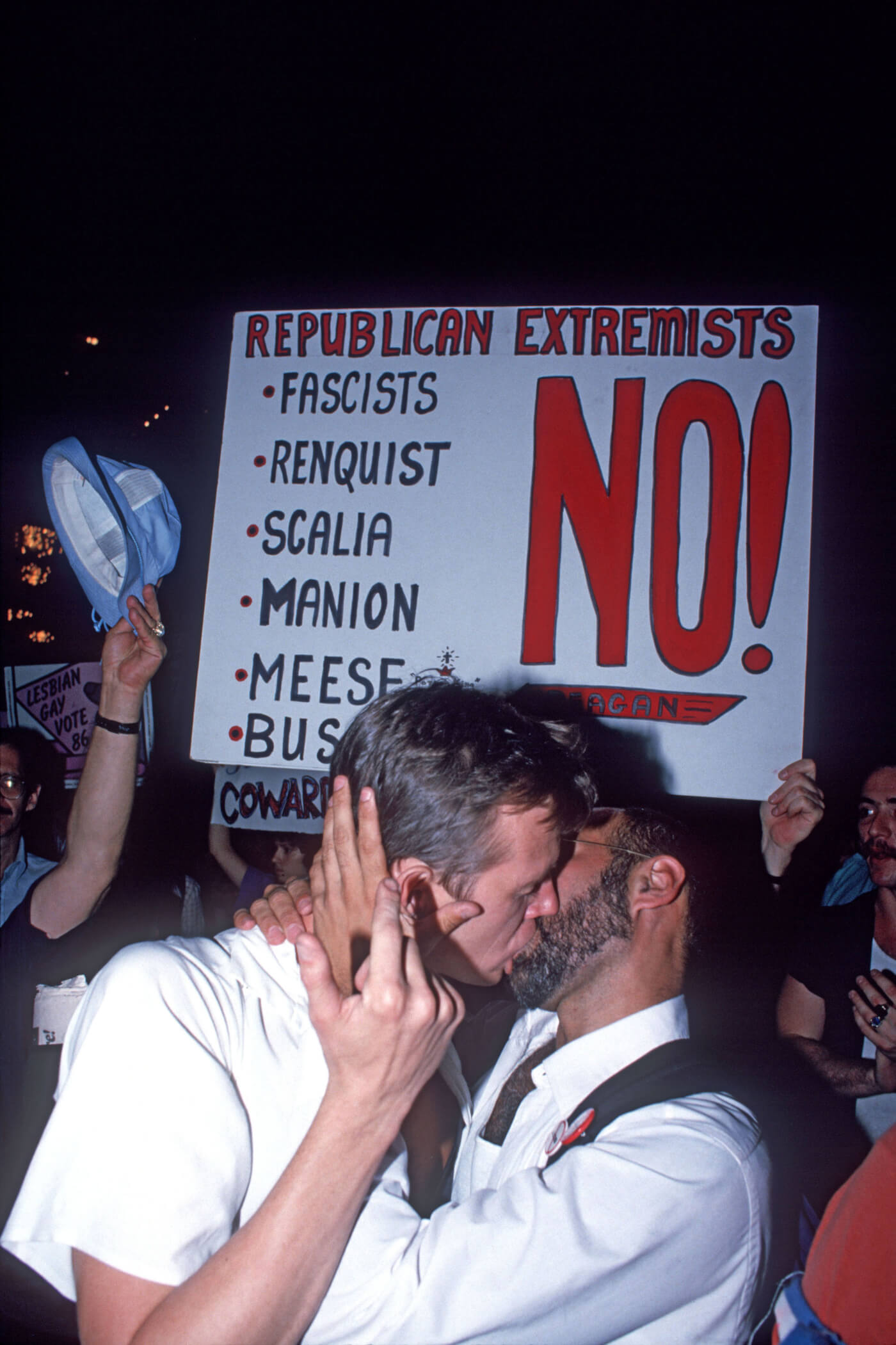 These mounting challenges to basic rights for LGBTQ people make it clear that our struggle does not end with a Supreme Court decision in our favor.

The truth is that the Supreme Court, even with the presence of Justice Kennedy, has been against LGBTQ people far more often than it has been for them. The Court has ignored historical discrimination and violence, having the audacity to criminalize intimate relationships in the midst of the AIDS crisis, when queer intimacy was demonized at every turn. It has consistently turned a cold shoulder to continued attacks on LGBTQ people’s dignity and constitutional rights, even after the landmark decision in Obergefell, which the Court itself has failed to uphold or protect in myriad ways.