When Reeves Gift left home at 3am, it was freezing cold. He stuffed everything he could into a backpack he’d owned since the 4th grade. He hadn’t told his family he was leaving—so there was no telling when he would be coming back.

As he walked out the door, Gift was terrified of being caught. He was terrified of leaving his younger siblings, afraid he would no longer be able to protect them, and the sinking dread remains so heavy in his voice that he’s still unable to articulate what they needed protecting from.

But in the dim of the streetlights, Gift summoned the strength to keep going forward.

“I realized that I have to do this if I ever want to be in a space where I can help people,” he told INTO. “I have to be able to take care of myself first. I just focused on putting one foot in front of the other just to make sure I didn’t lose myself in that moment because that was a moment of clarity I did not want to lose.”

At just 18 years old, Gift spent most of his Senior year homeless.

That morning he was picked up by a school psychologist, Amy Cannava, who was connected to Gift through PFLAG, but she was employed in another district. To keep his scholarship at a Maryland community college he was enrolled in while finishing high school, he would have to stay in his county. Prince George’s County, an enclave of commuter cities, is located just outside both Washington D.C. and Baltimore.

“I asked him if he wanted a shelter or a group home, but what he really wanted is what all 18-year-olds really want: a family,” said Cannava.

After reaching out to other families, Cannava finally found one willing to take him in—at least temporarily. But despite the struggles of being homeless while finishing two degrees, she claimed that Gift stayed extremely humble about his accomplishments. He confessed to her he was worried about flunking out of school, claiming the stress of his situation had affected his grades negatively. When Gift showed her his report card, it was all As and Bs.

But downplaying his achievements may become a bit more difficult for him: Just days before graduating high school, Gift learned he would be receiving a full ride from the University of Southern California in Los Angeles.

Because Gift’s estimated family contribution was on his FAFSA was “$0,” his tuition was already low. Scholarships paid for the rest. 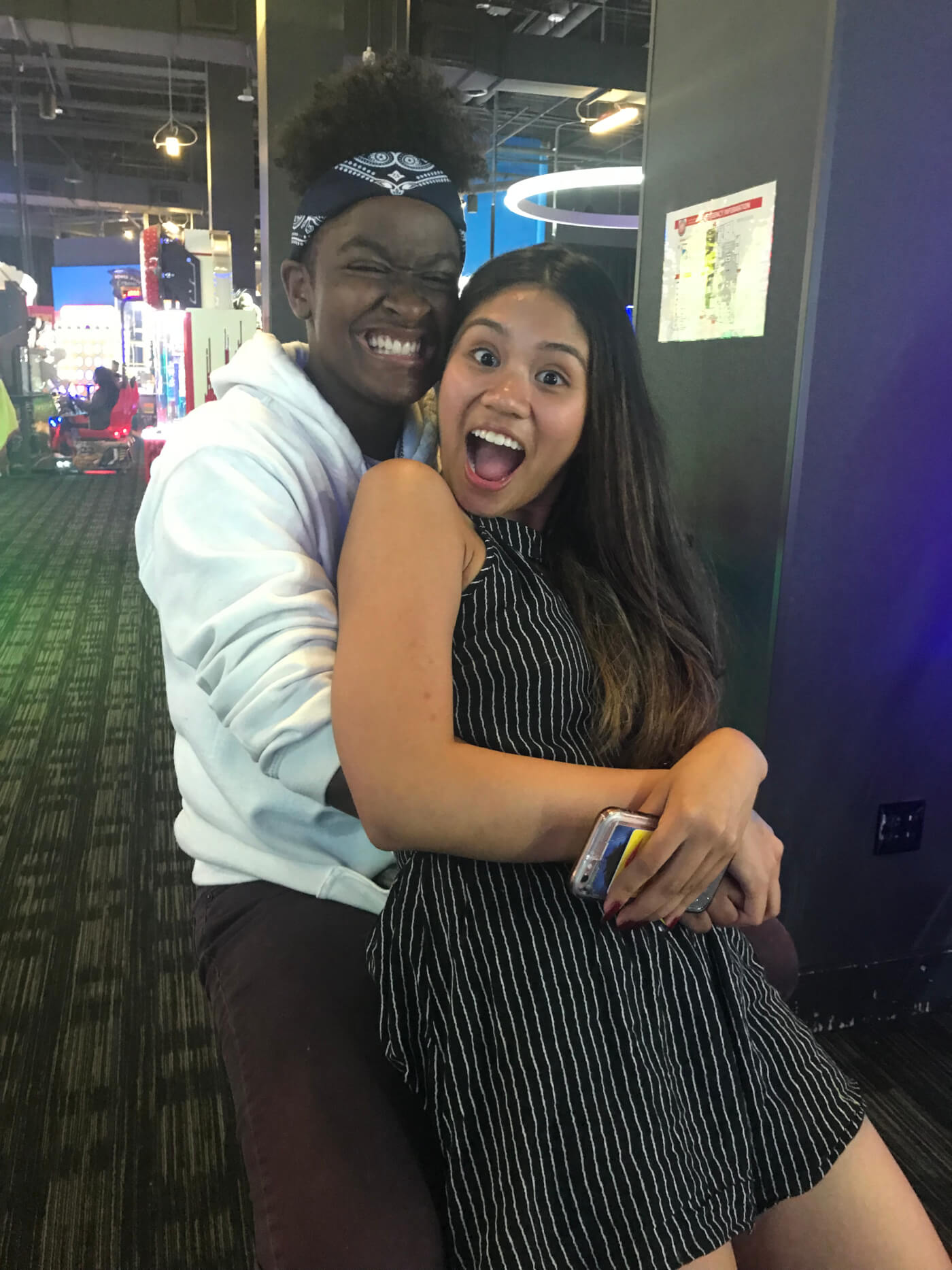 According to Cannava, the student didn’t understand what was happening when his student aid paperwork came in through the mail. “You are literally getting college paid for,” she explained to him. “What do you mean?” he asked, still not comprehending.  “You owe nothing,” Cannava stressed.

The prospect of debt-free education would be a Cinderella story for any teenager at a time when the average tuition for out-of-state students attending public universities is more than $25,000.

What makes Gift’s accomplishment all the more meaningful, though, is that he’s also transgender.

For a long time, Gift lived a “double life” between home and school. At West Laurel’s Chesapeake Math and IT Academy, he was the homecoming king. Popular among the other students, he was on the soccer team and served as a webmaster for the Student Government Association.

When Miles Henderson, a fellow classmate and close friend, came out as gay in high school, Gift was one of the first people he told. In a phone conversation with INTO, Henderson explained that Gift felt like a “safe person” to come out to. Gift is so unshakably confident that he makes others feel like they like can be their whole selves around him, too.

“Reeves told me that I shouldn’t be afraid to express who I am,” Henderson said. “If anybody felt otherwise, they didn’t deserve to be in my life.”

Gift’s home life wasn’t as simple as taking his own advice. After years of hiding who he was, he finally decided to come out to his parents a month before leaving home. He described the experience as three days of “horrible psychological torture.” His parents wouldn’t let him move or get up to get a glass of water. They told him he had been brainwashed.

Cannava took him to the police and helped him file a protective order—which is similar to a restraining order—against his parents. Gift described the process as like “getting a divorce from your parents,” except it’s even harsher. Under a protective order, they aren’t permitted to contact him.

Going to court to file the motion was one of the worst weeks of his life, Gift said.

“I had to testify before a judge as to why I felt unsafe, and it’s just horrible having to tell a stranger your entire life story when you haven’t even processed it, you know?” he explained. “You’re doing it to protect yourself, but at the same time it’s just so traumatizing to relive every moment to strangers you don’t even know.”

What helped Gift get through the ordeal was overwhelming support from his classmates. When Gift left home, friends put together a care package for him—which included deodorant, food, and a cellphone. Over the past five months, many of his peers have pitched in by letting the student stay at their homes or come over and eat dinner with their families. 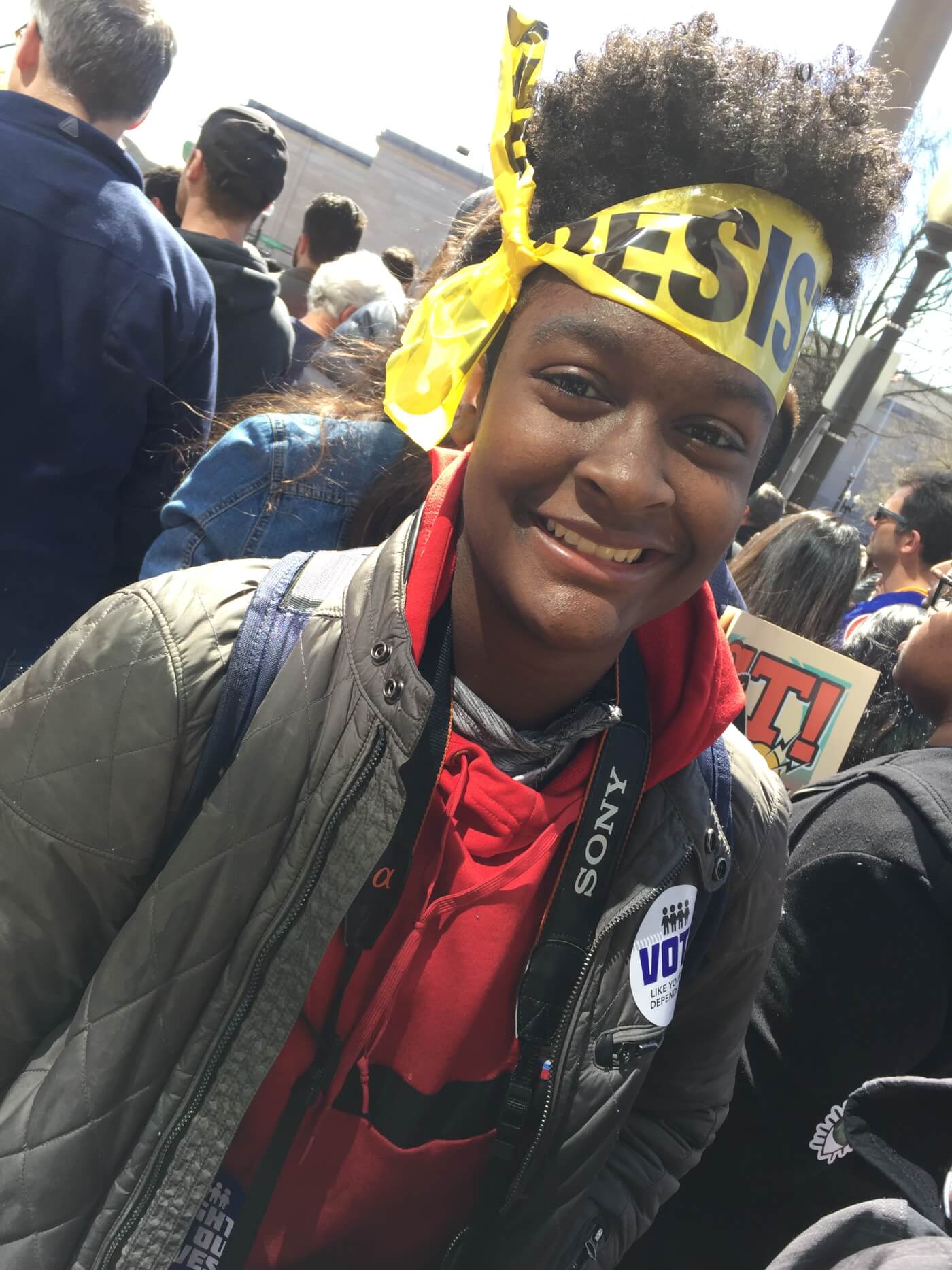 That support was palpable at College Acceptance Day, Henderson said. Every year their school holds an assembly where they announce where students plan to attend college in the fall. When Gift’s acceptance to USC was announced, there were cheers and applause. Students whistled and stomped their feet.

“You could definitely feel the energy and love that came from everybody in our community,” Henderson claimed.

When Gift attends USC in the fall, he plans to major in cinema studies, and on Facebook, he’s already changed his page to “attending.” According to Henderson, it’s like Gift is already there. After being accepted into a summer writing program at USC last summer, he’s been in constant conversation with admissions counselors, the Dean, and the school’s LGBTQ liaison—building a family at his new campus.

The incoming freshman, who said that he’s inspired by the fantastic landscapes of Miyazaki’s Studio Ghibli films, hopes to use his education to give others a platform. He hopes to create films that give the marginalized and the disenfranchised a voice.

It might seem cliche, but he wants to change the world. Given everything he’s accomplished already, it feels possible.

“I want to make a platform for people who are othered to speak because it’s hard to become something you can’t see,” Gift said. “It’s a miracle I made it this far without seeing anyone else like me or knowing anyone like me who got this far. I want to influence how people see the world, and I want to make the world a better place.”

“A big goal of mine is to have enough compassion to just heal the world like a little bit,” he added. “That’s like a big task but then all of this might have been worth it.”

Henderson said this opportunity represents a “fresh start” for his friend, who he first knew in elementary school as someone who “really liked books and homework.” But Cannava said the significance is even bigger: Without earning a full ride, the reality is that Gift never would have been able to go to college at all. If he couldn’t leave, Cannava confessed she doesn’t think “he would be alive.”

The counselor called it a “rags-to-riches story.”

“How do you even put it into words?” Cannava asked. “It’s breathtaking. It’s amazing to see where he’s come from both in terms of his background with his family but also in terms of surviving on the street.”