Remember him on Valentine’s Day, a bouquet of flowers in his hands. He’s passing them out to strangers from his motorized wheelchair because he wants to spread joy. His knees hurt too much to walk — probably early onset arthritis, he thinks, but he doesn’t have good healthcare, so he’s never been able to get the diagnosis.

Remember him on Halloween. This time, it’s a little basket full of candy, and again he’s distributing it to everyone around him. Remember him on New Year’s Eve, staring up at the fireworks. He’s invited a crowd of strangers and friends to join him. Everyone is welcome.

Don’t remember him as the trans man whose parents wouldn’t claim him after his suicide. His life was big, generous, full of light.

“He was so sweet,” said Michael Phipps, his former fiance and close friend of seven years. “Everywhere he turned, he hit another wall, but he kept turning and turning.” 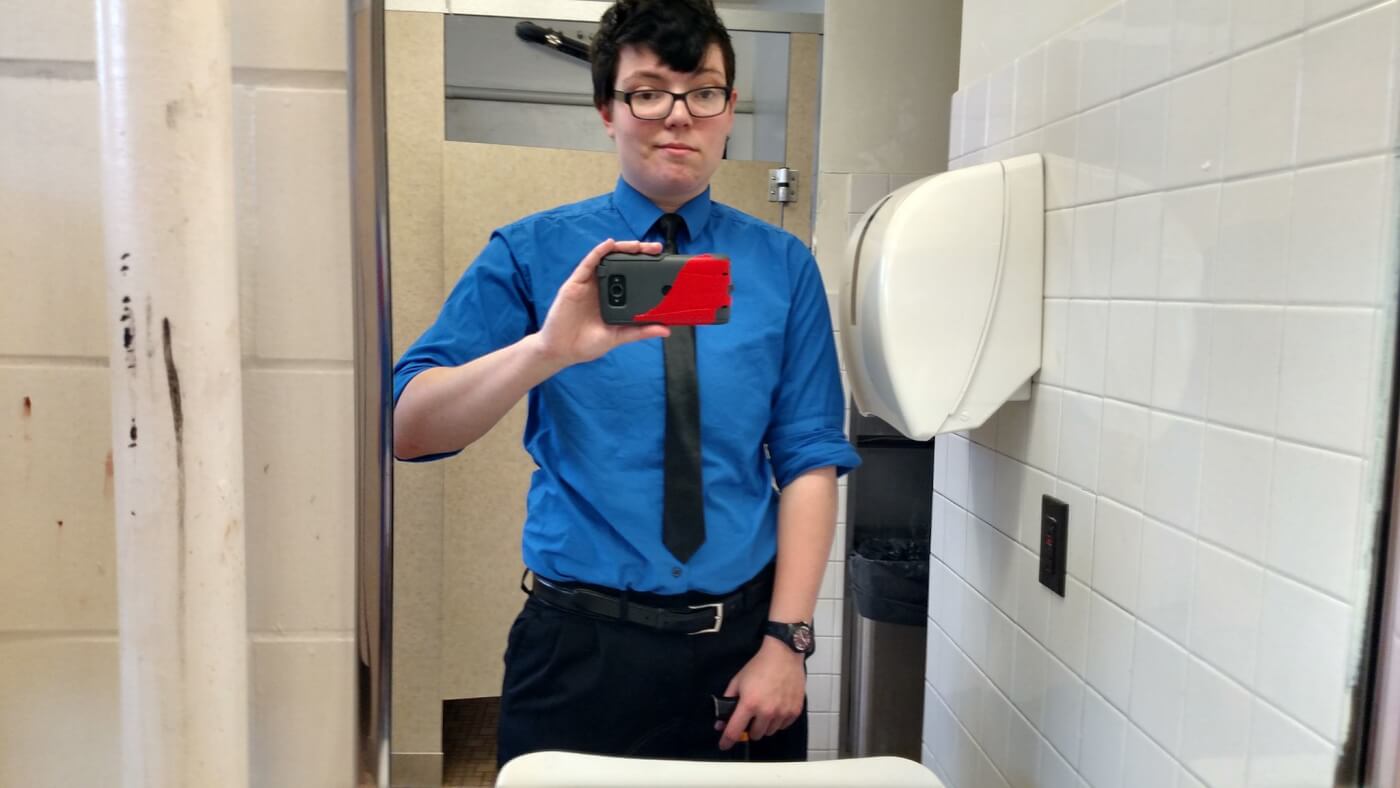 Daine Faolan Grey died July 2 after experiencing depression and anxiety. He was 22 years old, about two years into his transition. He is deeply mourned by a community that, as of Thursday, has raised more than $23,500 to bury him.

“Our Queer Community lost one of their bright stars,” a GoFundMe page in his honor says. In just two days, more than 950 people have donated to pay for Grey’s funeral. Donations have been spurred in part by reports that his parents disowned him and won’t claim his body.

According to Phipps, Grey always had a strained relationship with his family, and he frequently mourned the lack of connection. But his friends were overwhelmingly supportive. Grey’s decision to come out inspired them all.

He had shared he was trans with close friends early in his transition. Last September, he made the news public in a Facebook post.

“Guess this is my big ‘public’ Coming Out moment: if we talk in person at all you probably already know, tbh. So… I’m transgender (hence the name/gender change- which is already legal btw),” he wrote. “Hope this doesn’t lose me too many friends and family.”

Just a few weeks earlier he had started school at City College of San Francisco (CCSF) where his community blossomed.

“When he was there, he found the [Queer Resource Center] and every time we hung out, he would be talking about the QRC and the people in it, and showed how much he cared for the people in it and how much they cared about him,” Phipps said. “It was an incredible experience, and the more he was in there, the more he grew as a person.”

On Tuesday, CCSF notified its community of Grey’s death.

“Daine was a promising young student who was a gay trans man active with the City College of San Francisco Queer Resource Center, and who advocated for awareness of ADA needs,” the school said in a Facebook post.

According to Lady Katerina, manager of the QRC and the administrator of Grey’s fundraiser, his mother now wants to be involved.

“Friday we have an appointment to begin the final arrangements,” wrote Katerina on Thursday. “Mother got ahold of me today and wants to be part of it after being asked to sign over responsibility by Deputy of SF Coroner.”

Grey did have a supportive chosen family, including those who are behind the fundraiser.

“It’s amazing that they’re doing that,” Phipps said. “It touched my heart. I’m speechless about it.”