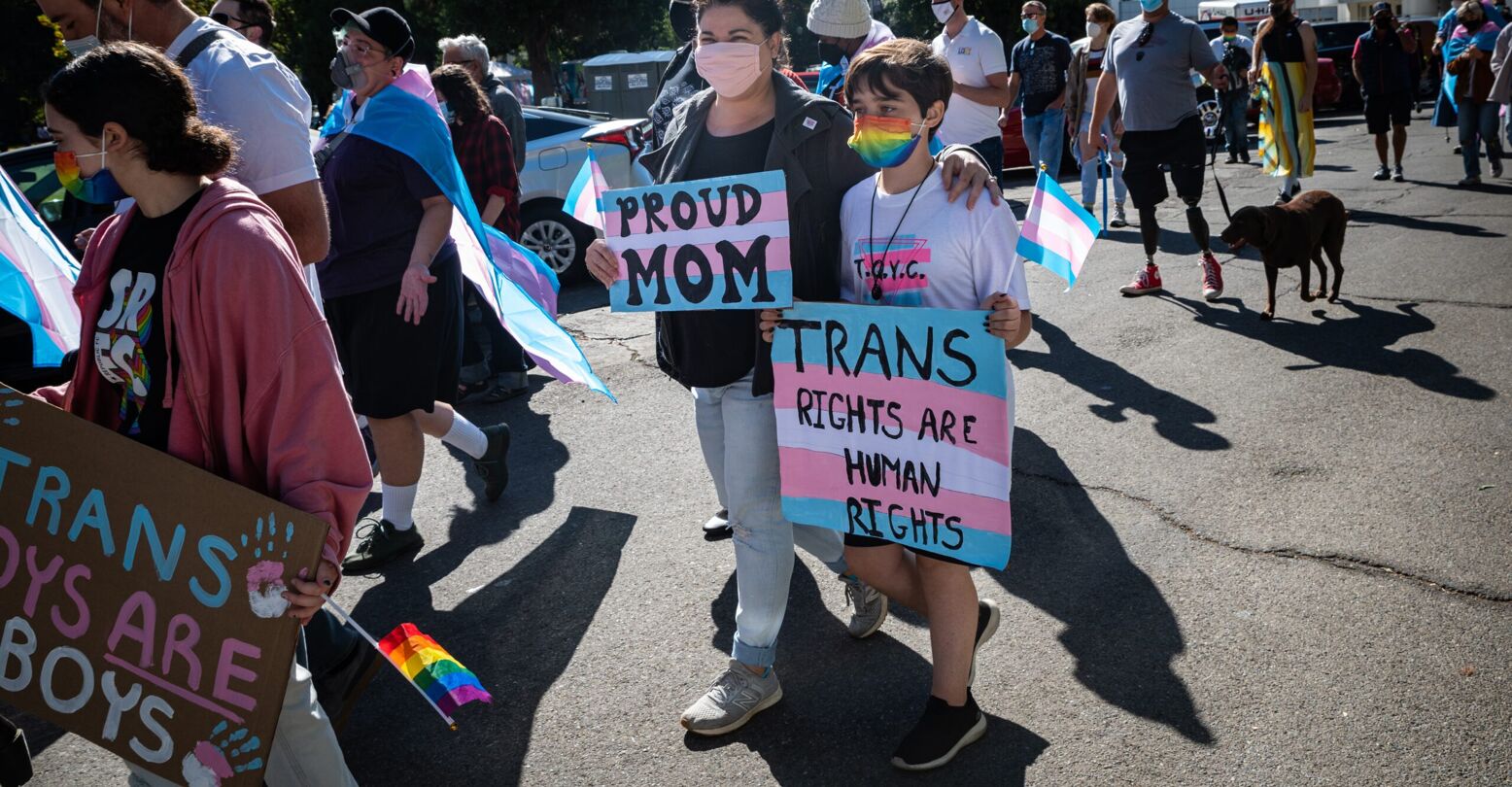 If you’re not aware of what’s happening in Texas, here’s a quick refresher. Last week, Texas Attorney General Ken Paxton released an opinion designing supportive treatment of trans kids as child abuse. Texas Governor Greg Abbott quickly published a letter explaining that he would take the opinion seriously and use Child Protective Services to investigate supportive families of trans children. As of today, Texas has started investigating such families with the intent to remove trans children and place them in homes where they will be forced to detransition.

The ACLU and Lambda Legal have filed suit against Texas for investigating the families of trans children in State court. pic.twitter.com/jSQEIk3ePH

A parent of a trans kid who works for the Texas state agency in charge of evaluating child abuse cases was reported for child abuse last week and is now under investigation and has been placed on a leave of absence from work. https://t.co/89KMsfzmBE

The ACLU is filing suit, and trans Texans are taking to the streets today to protect the cruel, completely inhumane treatment of these children and their families.

They have started the process to try to take transgender kids from their parents in Texas. They are actually doing it.

The state of Texas has begun investigating parents for child abuse#StandUpFightBackTX https://t.co/o2E6NCqr04

The employee, who works on the review of reports of abuse, was put on leave last week, according to a suit filed today. An investigator came to the house on Friday.

The state is seeking medical records related to the child. The parents have refused to hand them over.

One child named Mary is already in danger of being removed from her home. While her parents are refusing to give her up, Child Protective Services is still insisting on carrying forth the investigation. Horrified, trans Texans and allies are rallying against this treatment.

Don’t skip out on the grub, and don’t forget to drink plenty of water

Do not be silent!

Let your fear fall from you like dead limbs off an oak.

That fear was constructed by bigots.

There is no reason for it to reside in us!#StandUpFightBackTx

We’re still waiting for Joe Biden and the Justice Department to address the issue in a public forum. Perhaps tonight’s State of the Union speech will refer to the cruelty and injustice trans kids and their supportive families are currently undergoing in Texas…then again, perhaps not.

It’s amazing seeing all the Texans coming out in support of trans youth! Thank everyone who was able to come, and everyone supporting that could not make it today! #standupfightbacktx pic.twitter.com/nF1F8re9se

Whatever happens, we’ll continue standing up and fighting back. If you want to help trans kids and their families in Texas, consider the following causes: