All Gareth Lee wanted was a cake with Bert and Ernie on it.

Lee, a volunteer with the advocacy group Queer Space, requested a Sesame Street-themed cake from Belfast’s Ashers Bakery in 2014 featuring the characters’ faces next to the phrase “Support Gay Marriage.” The tongue-in-cheek dessert was intended to be served at an event honoring the International Day Against Homophobia.

A flier distributed by the Northern Ireland cakeshop claimed that if customers brought in their “favorite photo,” the business would “scan it using edible ink.” All Ashers required was a three-day notice. Lee paid for the order in full. 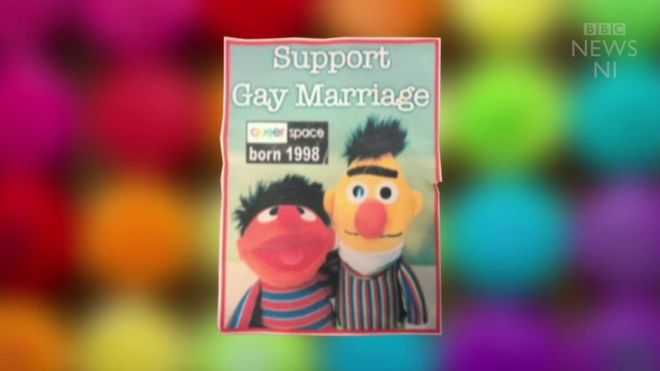 But two days later, the business claimed they could not honor the request. Owners Daniel and Amy McArthur said doing so would violate their faith beliefs.

The LGBTQ activist, who was backed by the Northern Ireland Equality Commission, filed a bias claim against the business the same year. A judge ruled in favor of Lee in May 2015, claiming that McArthurs had “unlawfully discriminated” against him.

The couple attempted to appeal the verdict the following year but were unsuccessful in having the judgment overturned.

Now the court case has made it all the way to the Supreme Court of the United Kingdom for consideration. The five-judge panelcomprised of justices Lady Jill Black, Lady Brenda Hale, Lord Patrick Hodge, Lord Brian Kerr, and Lord Jonathan Manceheard arguments in the four-year-old suit this week.

David Scoffield, the lawyer representing Ashers Bakery in court, said that forcing the McArthurs to create the pro-LGBTQ cake would infringe upon their rights to free speech.

“Mr. and Mrs. McArthur have been penalized by the state, in the form of the judgment at the county court, for failing through their family company to create and provide a product bearing an explicit slogan ‘Support Gay Marriage’ to which they have a genuine objection in conscience,” Scoffield argued.

“They would equally have refused to provide that cake with the slogan to a heterosexual customer,” Scoffield added. “[…] Their difficulty was the content of the cake, not the characteristic of the customer.” 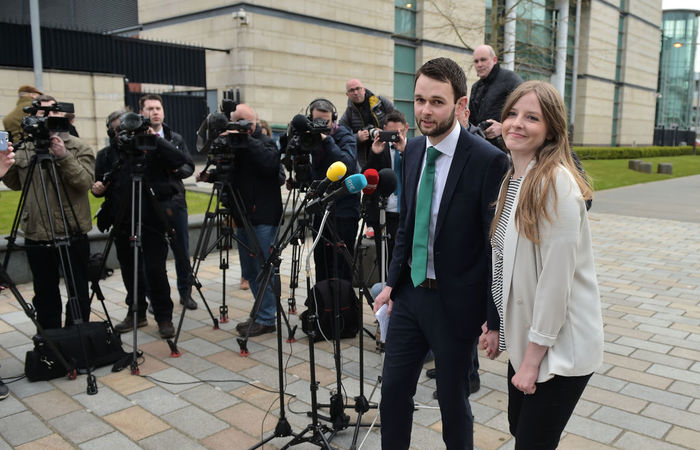 “Mr. Lee does not have the right to compel [the McArthurs] to express a message which is inconsistent with their religious beliefs,” Larkin has said on the matter.

But Equality Commission President Michael Wardlow said the cost, both financial and emotional, of the lawsuit has been “wholly disproportionate.” The government agency has spent an estimated £150,000 defending the case, but the cake cost just £36.50or around $50 in U.S. dollars.

“This is what was a relatively small incident in his life which has become enormously significant and continues to be so,” Wardlow said. “That is a heavy burden to bear for one individual.”

“This [ruling] is hopefully going to settle it once and for allthat the law is there is to protect people, and this needs certainty,” he added.

The case has striking parallels to Masterpiece Cakeshop v. Colorado Civil Rights Commission, which is just weeks away from being decided by the U.S. Supreme Court. Colorado baker Jack Phillips claims the state’s civil rights commission contravened his First Amendment rights when it fined him for refusing to bake a gay wedding cake.

Charlie Craig and David Mullins were turned away by Phillips in 2012 and the commission unanimously ruled in their favor two years later. 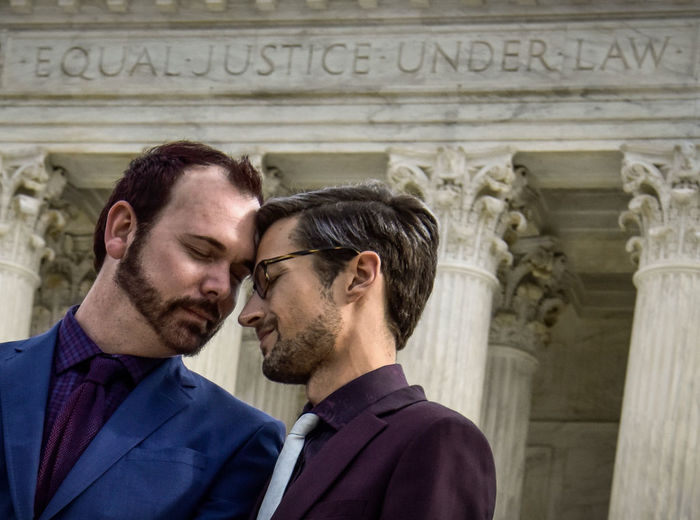 Phillips’ appeal made it all the way to the Supreme Court, which heard oral arguments in the case last December. As INTO previously reported, the vote is likely to be decided by Justice Anthony Kennedy, a moderate conservative who frequently rules in favor of LGBTQ rights.

Despite penning the majority opinion in Obergefell v. Hodges, Kennedy was not convinced the couple’s sexuality motivated the bakery’s decision to refuse them servicecalling the argument “too facile.”

“It’s not their identity,” he said last year. “It’s what they’re doing.”

While a final ruling in Masterpiece Cakeshop is due by the end of June 2018, the U.K. Supreme Court has warned that a decision in the Ashers Bakery case won’t be handed down anytime soon. Hale, the president of the court, claimed these legal discussions “are by definition complex and difficult.”

“[T]here are five people who have to make their minds up so that takes more time than simply the jury verdict, even at the end of a long trial,” she said.

A verdict is expected by February 2019.