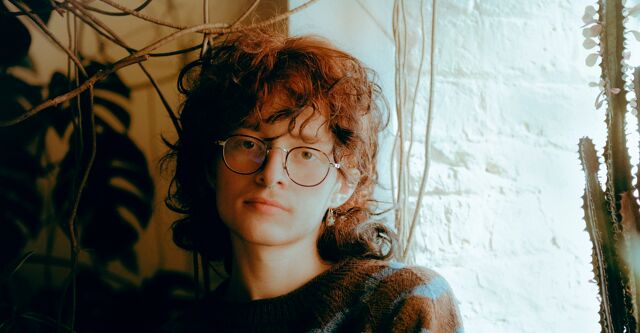 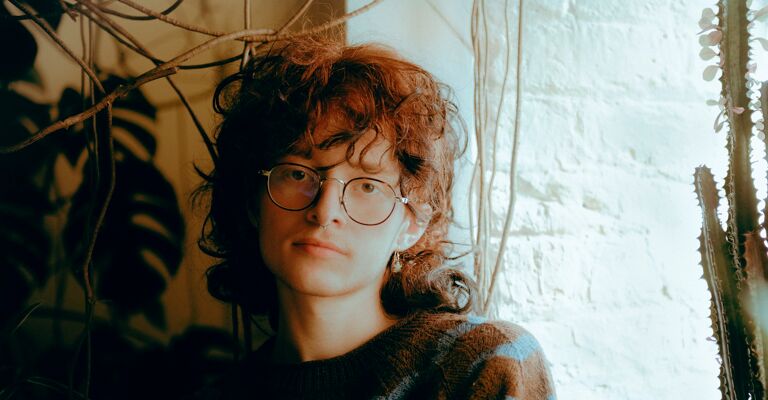 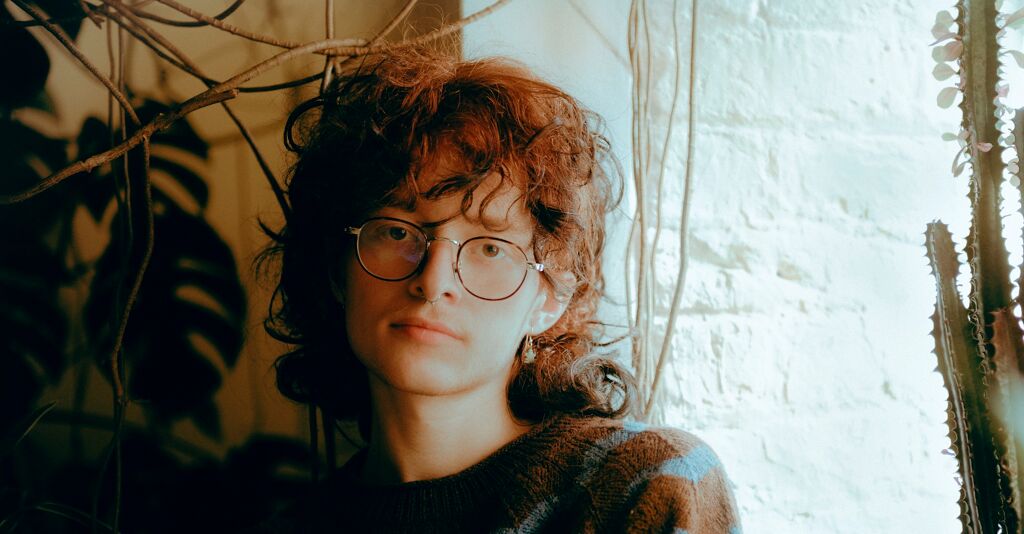 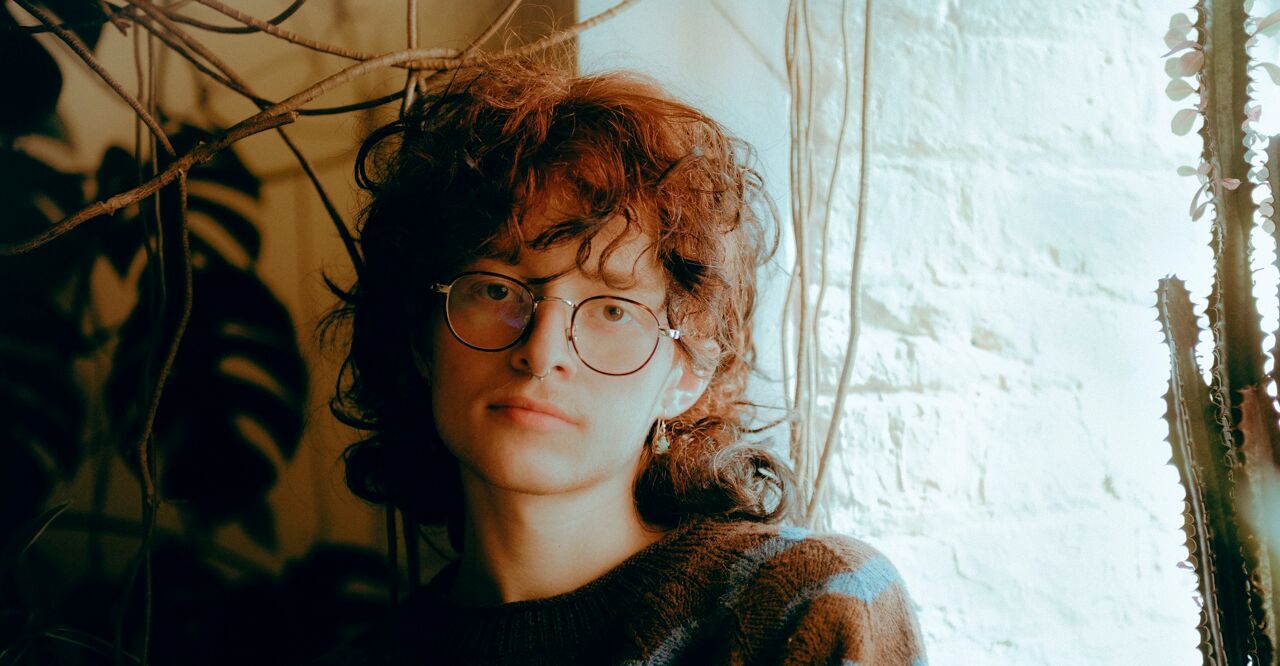 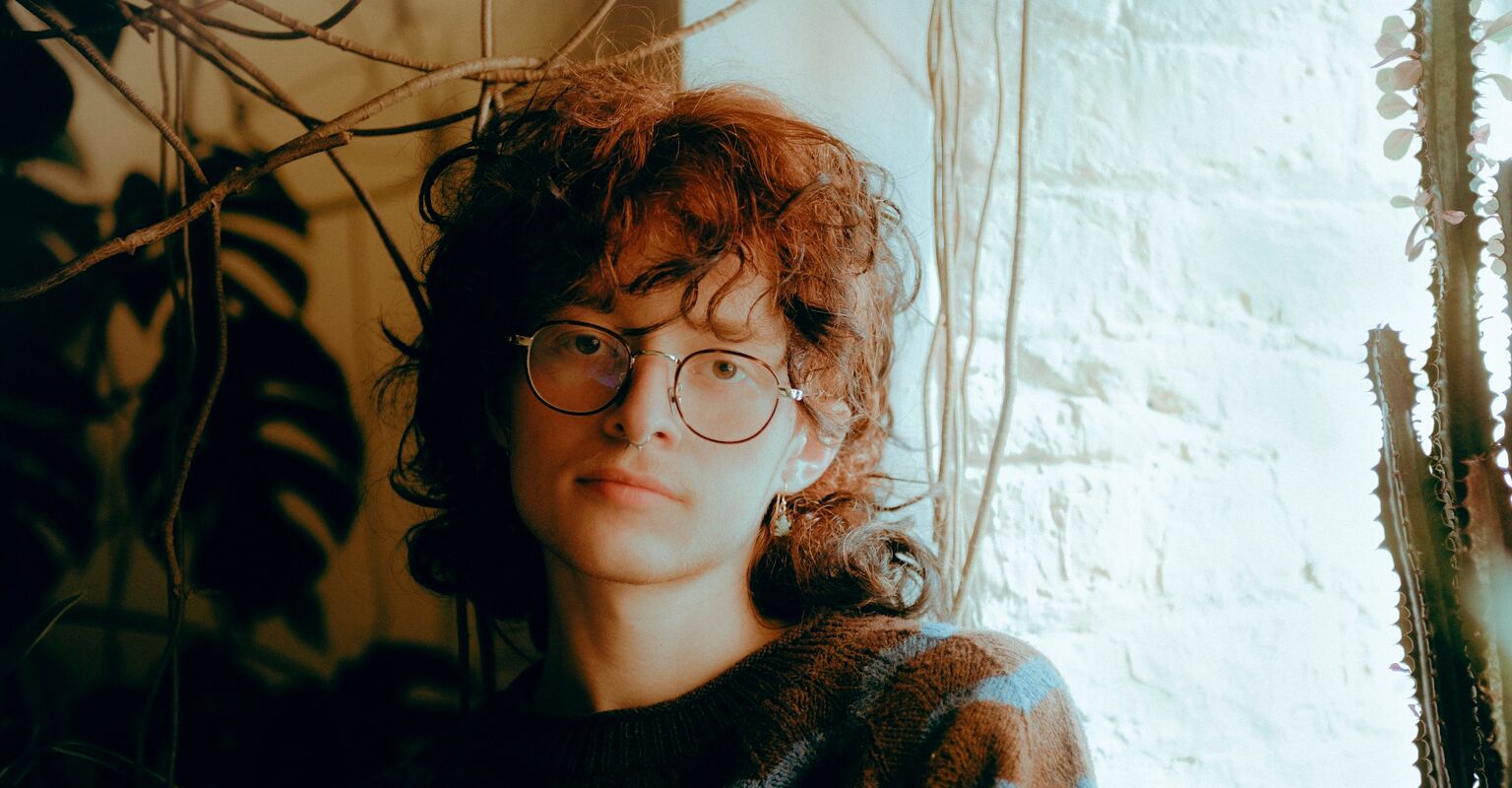 For nearly a decade, Cavetown has been delivering premium bedroom pop into our gay bedrooms. The now 23-year-old singer-songwriter, also known as Robin Skinner, is known for his intimate lyrics, creative production and all-around DIY excellence.

Now, after teasing the release on social media for weeks, Skinner has officially announced his next album, “worm food,” out November 4. He also dropped another single, “1994,” a song about “dealing with perceived guilt and how it can become over-exaggerated in my head.” The track (and its music video) are a dreamy ode to childhood and leaving it behind.

INTO sat down with Skinner to talk the inspiration behind his upcoming album, how his production and songwriting go hand in hand, and why messing with his fans is so much fun.

INTO: Hi Robin! Congrats on releasing your latest single, “1994.” Can you tell me the story behind the song?

SKINNER: One of the singles that I’ve released already, called “Fall In Love With A Girl,” ended up being sonically inspired by 2000s, 2010 pop rock. So I was like, “I want to make more of that in the album.” That was originally what motivated me to write it.

I wrote it about trying to heal my inner child, I guess. Trying to link in my mind that I am the same person as I was when I was a kid, and the nostalgia that can come with that feeling, is something that I tried to include in there.

I find it hard to reach out to people, and sometimes I find myself like, “Oh, I hope someone decides to hang out with me first, because I’d like some company,” but it’s sometimes hard to be the one to admit that you need someone with you, you need some support. So that’s what came up for me in the chorus.

I feel like that song bounced around meanings for me, honestly. Sometimes that happens if it takes me a long time to write a song. But ultimately, it refers a lot to my child self and growing up, and that’s what the music video will be referencing too. There’s a story that I used to really enjoy when I was younger called “The Little Prince.” Actually, it was my girlfriend’s idea — she’s very good and creative. She was like, “That would be a great crossover.” So I took inspiration from that story for the music video, which I’m excited for people to see.

That “Little Prince” inspiration totally comes through. Could you tell me more about the video? What else influenced the arc of the video?

I pretty much wanted to loosely follow the storyline from the book, in the way that it’s this kid who’s rejecting growing up and feeling like adulthood is stupid, and he gets helped along his journey by the characters that he meets, like the snake and fox, so I had the band representing them. But the storyline I wanted to show was embracing growing up in a way and accepting their help and finally leaving the asteroid that is childhood.

I’ve noticed on your Instagram the past few weeks, there’s been a lot of suspense and hype for this single and the album you’re announcing with it. You’ve been posting longer and longer clips of a sort of teaser trailer, all leading up to the date announcement. What has the fan response been like?

It’s just fun to mess with them. Yeah, I find that there’s a real mixture of people just being completely confused and not getting what’s going on at all, and some people are really good at just figuring it out straight away, what the hype is about. It’s fun to mess with them and watch people’s reactions and give a release the excitement that it deserves.

It feels good to hype it up like that. For me, it’s mostly an interactive thing, getting people excited for something that I’ve worked really hard on for a long time. And it makes me excited as well, to see them get excited.

So, “1994” is the second single from your upcoming album “worm food.” What other themes do you plan on exploring on the album?

It’s often hard for me to identify any overarching themes until it’s fully done and out there in the world. Because I feel like a lot of my songs just fall out of my brain, and there isn’t a lot of self-analysis involved until after the fact.

But with everything that I release, I try and work really hard on improving my production, because I produce everything myself in my studio at home, which is something that I’ve always been very protective of. I definitely can be hard on myself in terms of like the quality of the production, especially as the music reaches more and more people.

I’m feeling really good about the production so far. I’ve noticed the hyperpop genre getting a lot more popular lately, and there’s little elements of that that I really enjoy listening to in other artists — what I like to call “brain-tickling sounds,” which is really satisfying for me to listen to. So I’ve been trying to work a bit of that into a few tracks.

I can’t wait to get my brain tickled; that sounds amazing. And speaking of your dedication to self-production, why is producing your own music so important to you?

I’ve just always loved production. I think it’s probably my favorite part of making music. While it can be super stressful and draining at times, it’s really fulfilling when something comes together in the exact way that I’ve heard it in my brain. When I get zoned into working on a track, I can just lock myself away for the whole day, and it gives me a boost for the rest of the week, just feeling proud of what I’ve made.

I think I’m just really protective over that part because that’s how I write. I don’t remember the last time I wrote a song in its entirety without producing it at the same time. I will write a piece of the song, and then I’ll track it, and that helps me hear what comes next. And I work on all the instruments at the same time. And so it just doesn’t make sense for me to try and work in any other way.

Also, it’s so easy to do that nowadays. I mean, I got started quite young. I was very fortunate that I got to take a course in the software that I use at A Level, and so I definitely got a lot of experience from that. But it’s so accessible now for people to really take ownership of that part of the music if they want to. I feel like you see it a lot more nowadays, and it’s really cool for people to be self-sustaining in that way. They don’t have to rely on finding a producer or whatever. They can be their own thing, and I think that’s really cool. So I want to keep doing that as long as I possibly can.

Absolutely! Breaking down those barriers of entry to the music industry. Back to the album: do you have any favorite tracks that you’re really excited for people to hear?

I think my favorite right now is one called “Worm Food,” which I’m naming the album after. I’ve also been working on a music video for it, just by myself without any crew or proper cameras. I literally used my iPhone. I put it on the ground and sang over it with the sky behind me. And it’s ended up looking really cool, and I’ve done some cool animations — I just love when I feel the motivation and inspiration from a song I’ve been working on to do that of my own accord.

But yeah, I’m really proud of all of these songs. I’m really excited for everyone to hear them and I hope that everyone really likes them as well.

And speaking of fan reaction, how do you hope that people feel after listening to this album?

I want them to have that reaction that I have where, the first time you listen to new music, it’s just stuck in your head, and you want to play it over and over. And then as you listen to it more and more, you take the time to appreciate each element of it. Maybe that’s the production first,  or maybe you start to internalize the lyrics, and then you can link that to your own life. I think that’s just kind of how people react to music in general!

But yeah, I think that feeling of finding music that is just inspiring and exciting is just so special. And that’s all I can really ask for. I just hope that it really resonates with people, whether that’s them liking the sounds or vibing with the production, or if they can connect to the words in a deeper way, that’s really cool.

“worm food” is out everywhere November 4, and “1994” is now streaming on all platforms.