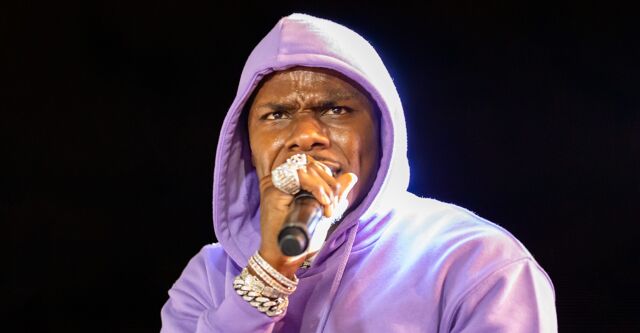 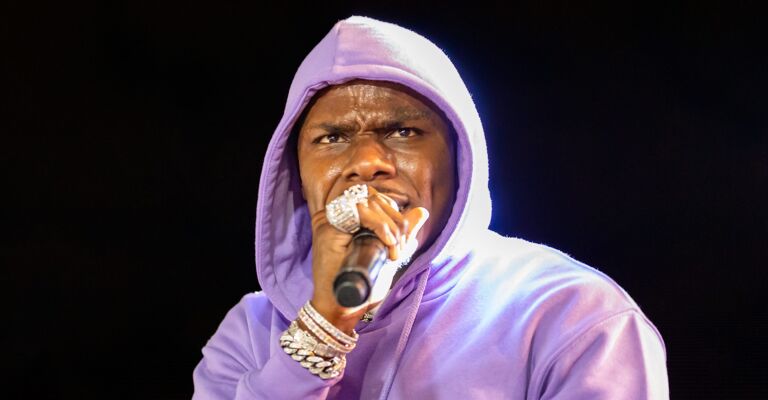 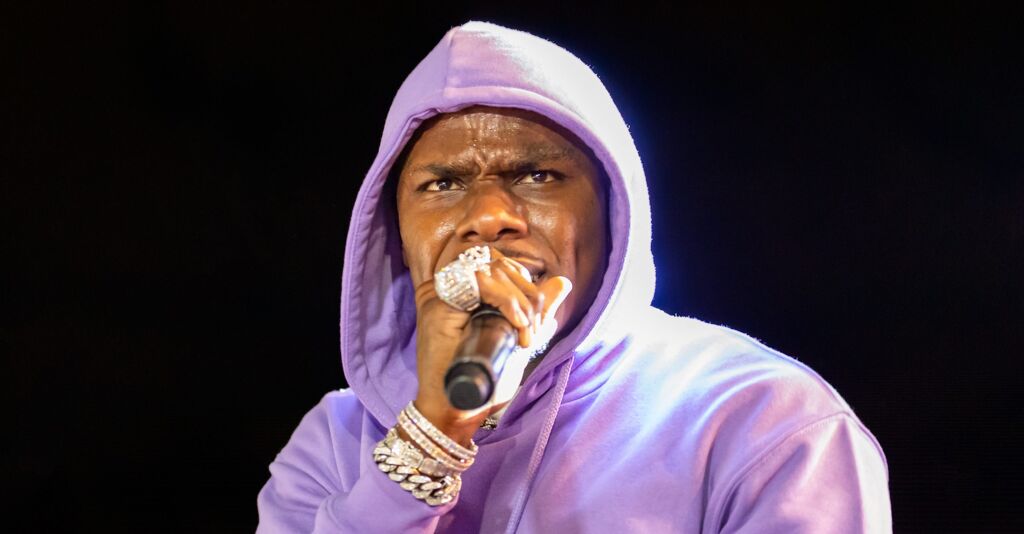 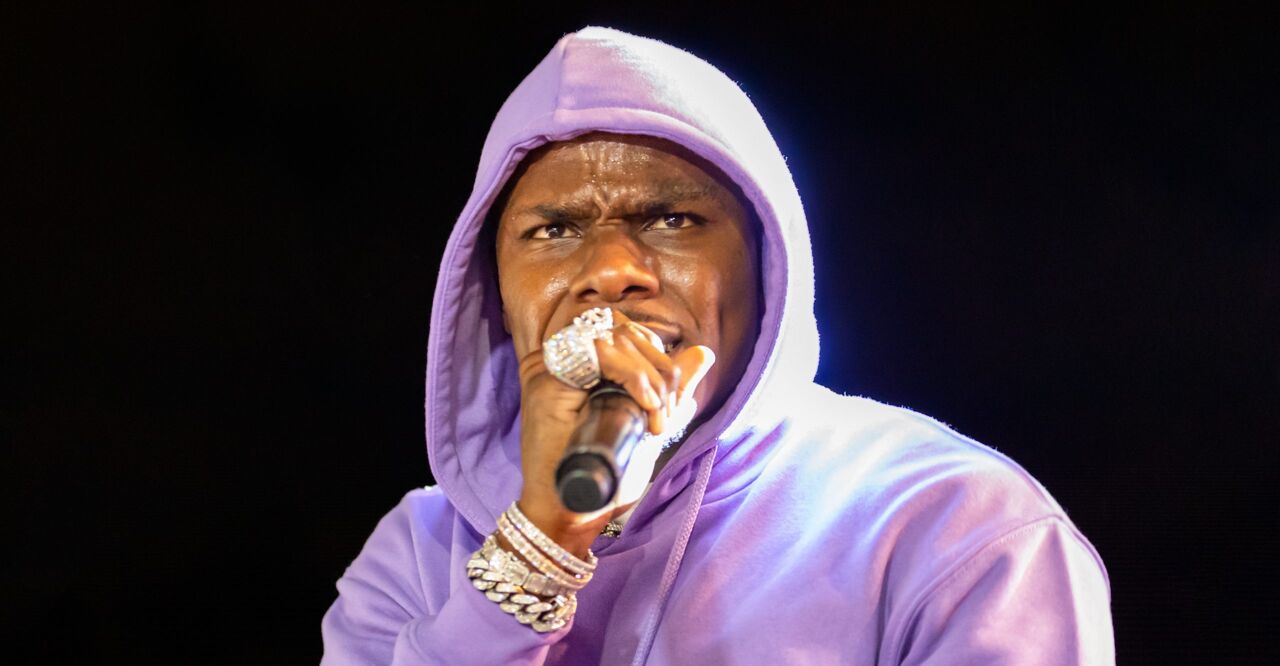 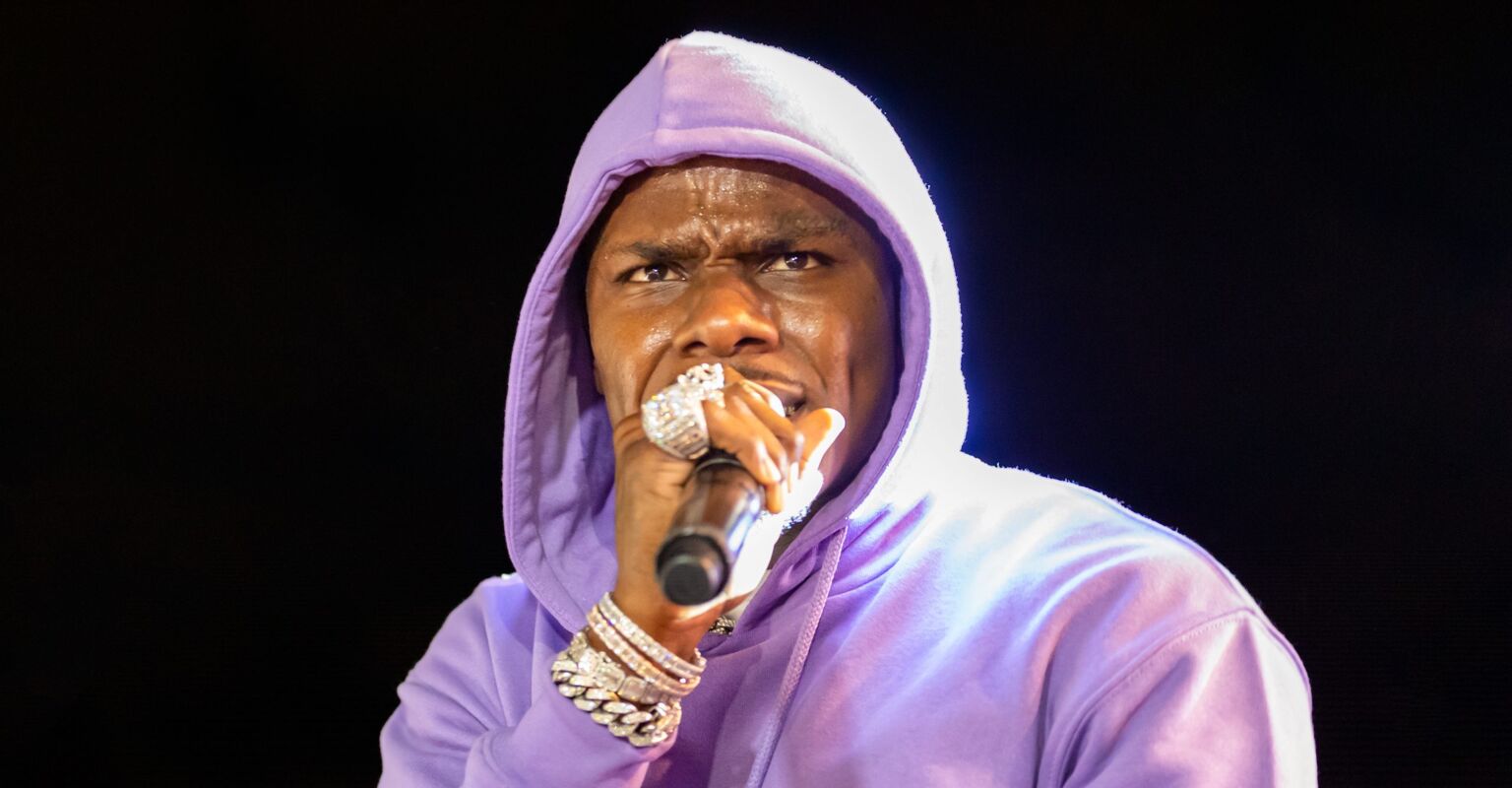 By now you’ve seen it: rapper DaBaby went on a homophobic rant during his concert this Sunday July 25 at Rolling Loud, rightfully angering queer people everywhere (as well as anyone with common decency).

DaBaby specifically targeted those living with HIV/AIDS, saying to the crowd, “If you didn’t show up today with HIV, AIDS, or any of them deadly sexually transmitted diseases that’ll make you die in two to three weeks, then put your cellphone lighter up.” He went on: “Fellas, if you ain’t sucking dick in the parking lot, put your cellphone lighter up.”

Beyond the fact that DaBaby clearly knows nothing about HIV and AIDS, his comments were rife with homophobia, plain and simple. This is where he could’ve taken to social media to apologize, but instead, he doubled down in an equally upsetting series of Instagram stories posted Monday July 26.

He said his comments at Rolling Loud were a “call to action,” not an attack: “All the lights went up – gay or straight – you wanna know why? Because even my gay fans don’t got fucking AIDS, stupid ass n*ggas. They don’t got AIDS. My gay fans, they take care of themselves. They ain’t no nasty gay n*ggas, see what I’m saying? They ain’t no junkies on the street.”

In calling HIV-positive people “nasty” and “junkies,” DaBaby was furthering dangerous stigmas that continue to harm that community. Here’s your friendly reminder: undetectable equals untransmittable, and if you don’t have HIV, you’re “negative,” not “clean.” Thanks.

Arguably, DaBaby’s biggest hit is his feature on the remix of “Levitating” by Dua Lipa. And Lipa wasn’t about to let his comments go unchecked.

“I’m surprised and horrified at DaBaby’s comments. I really don’t recognize this as the person I worked with,” she wrote in an Instagram story Tuesday July 27. “I know my fans know where my heart lies and that I 100% stand with the LGTBQ community. We need to come together to fight the stigma and ignorance around HIV/AIDS.”

Later on Tuesday, whether it was motivated by Lipa’s post or just the general barrage of backlash DaBaby was getting across the Internet, he finally took to Twitter to … apologize? If you can call it that?

“Anybody who done ever been effected by AIDS/HIV y’all got the right to be upset, what I said was insensitive even though I have no intentions on offending anybody. So my apologies 🙏🏽,” he tweeted. “But the LGBT community… I ain’t trippin on y’all, do you. y’all business is y’all business.”

Anybody who done ever been effected by AIDS/HIV y’all got the right to be upset, what I said was insensitive even though I have no intentions on offending anybody. So my apologies 🙏🏾

That apology was … lacking, to say the least. And it wasn’t enough to keep DaBaby from losing his collaboration with fashion brand boohooMAN.

“boohooMAN condemn the use of homophobic language and confirm we will no longer be working with DaBaby,” the fashion brand announced in a Twitter statement Wednesday July 29. “Diversity and inclusion are part of the boohoo Groups DNA and we pride ourselves on representing the diverse customers we serve across the globe. We stand by and support the LGBTQ+ community, and do not tolerate hate speech or discrimination in any form.”

boohooMAN condemn the use of homophobic language and confirm we will no longer be working with DaBaby.

Diversity and inclusion are part of the boohoo Groups DNA and we pride ourselves on representing the diverse customers we serve across the globe.

DaBaby had released his collaboration with the brand, a 100-piece limited edition summer collection featuring track sets, T-shirts and more, just weeks ago on June 30. Now, the collection is gone from boohooMAN’s website; all links to it just redirect to the brand’s homepage.

The final nail in DaBaby’s coffin? Fans are campaigning for his “Levitating” remix to be removed from streaming services and replaced with a remix featuring a queer artist. Lil Nas X was an early suggestion:

And Victoria Monét even volunteered herself for the job. Yes, please!

If she would like to replace DaBaby’s verse on levitating I’m totally available https://t.co/UNVhH0gDEU

Replacing a homophobic artist with a queer one on Levitating? Let’s go ahead and make that into reality pic.twitter.com/VKCHyEGeq2

Hopefully, DaBaby’s remix will soon be banished from music libraries everywhere, and we queer fans can go back to enjoying one of 2021’s biggest earworms. See ya never, DaBaby!