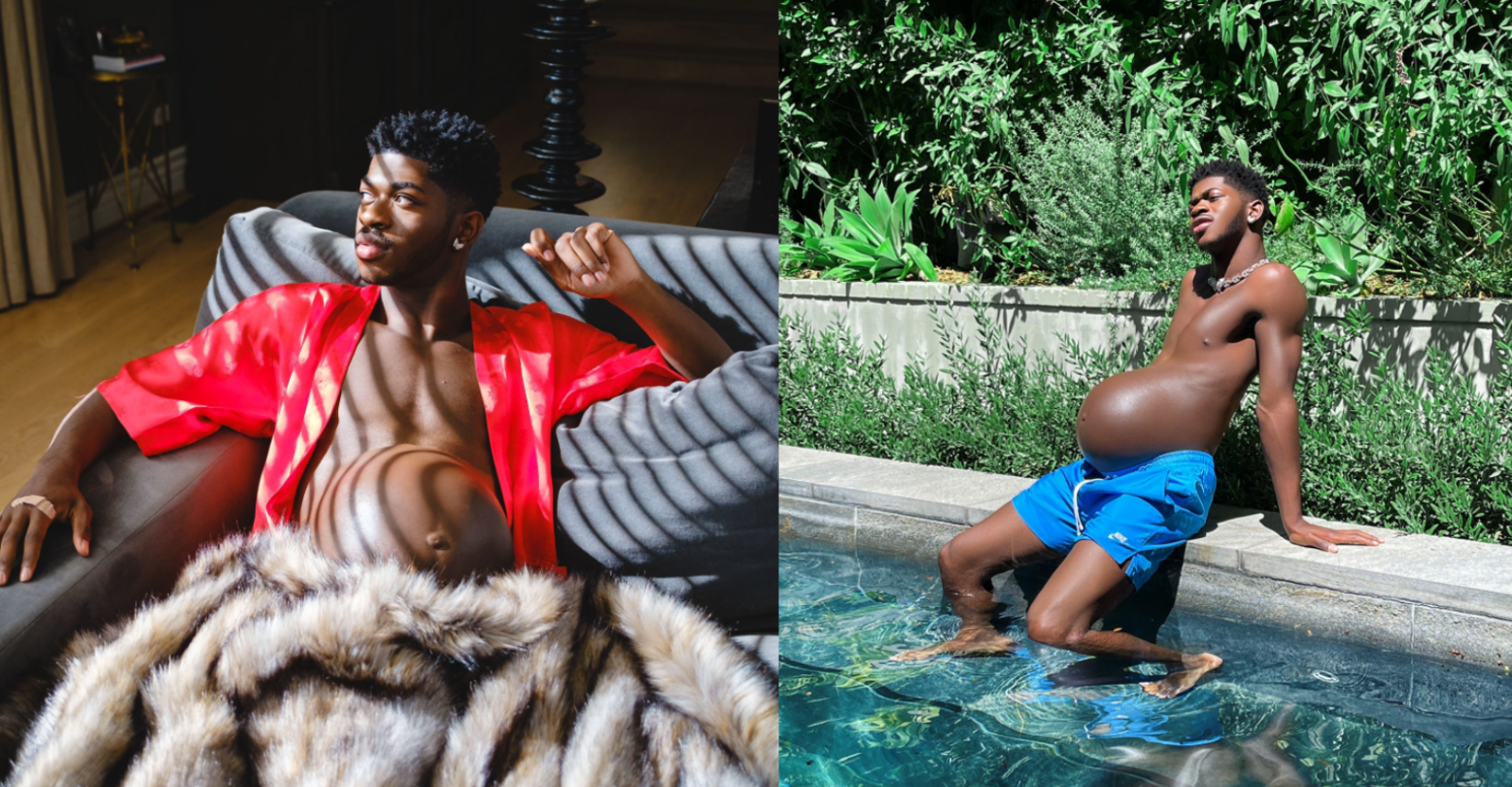 Welcome to another day in Lil Nas X’s world, where we are all lucky to live by the good grace and graciousness of his Royal Montero-ness.

In case you missed it, over the weekend, Lil Nas X continued to troll fans and haters alike by popping on a pregnancy prosthetic (paging Maggie Lizer from “Arrested Development”) and taking some stunning photos poolside. The joke is that he’s carrying his “baby” (aka debut album MONTERO, out September 17th) to term.

This morning, he even opened a registry so that you can make sure lil’ baby Montero receives the finest diaper genie made out of solid gold!

me and my team have set up a “baby registry” for many charities if you guys would like to donate.
🦋💕https://t.co/mS7fvRsExo pic.twitter.com/7asfGJ2udG

JK, it’s actually a link that takes you to a donation page and tracklist where you can give to all the institutions Nas is supporting, such as The Bail Project (which the “Industry Baby” video raised record funds for last month) and the Central Alabama Alliance Resource & Advocacy Center/OLTT. So why are people in a tizzy? Short answer: because in the queer and trans communities, we simply can’t have nice things. Somebody’s gotta complain about how something funny is actually secretly shitty, and that somebody was trans swimmer and athlete Schuyler Bailar, who took to Instagram last weekend to tell everyone, while shirtless, that Lil Nas X making jokes about pregnant men was transphobic.

Now I get where Bailar is coming from: there’s definitely a full, rich history of media that seeks to point out that the idea of pregnant men is hilariously funny, much like the British comedy complex believes that there’s nothing funnier than the sight of a cis man in a dress and wig. Those jokes and ideas are fully transphobic and awful. But Lil Nas X? He’s not trying to say that the idea of a pregnant man is somehow ridiculous. He’s living out a metaphor. It didn’t take long for folks to educate Bailar on why it wasn’t cool to call Lil Nas X’s troll “transphobic.” He made a prompt—again, shirtless—apology a day later, explaining that he didn’t realize how anti-Black his criticisms truly were:

Naturally, the next thing to do was mercilessly make fun of Bailar for both shirtless videos, which is the trans community’s favorite thing to do:

what is it about John Mulaney that inspires such intense vitriol?? should we start a gofundme to buy Schuyler Bailar a shirt?? and other questions

I love a shirtless apology

Basically, the thing to take away here is that Lil Nas X isn’t transphobic. Does he enjoy trolling? Oh yes. Does he get a kick out of being silly on the Internet? Undoubtedly. But transphobic? I don’t see it. If he was, he wouldn’t be making the absolutely mind-blowing shit that he blesses us with each year. At least, that’s what I choose to believe! This was an attempt on Nas’s part to a) be silly, b) promote his album, and c) take some excellent photos with a baby bump prosthetic. The court is not hearing any further arguments at this time! Now go donate!