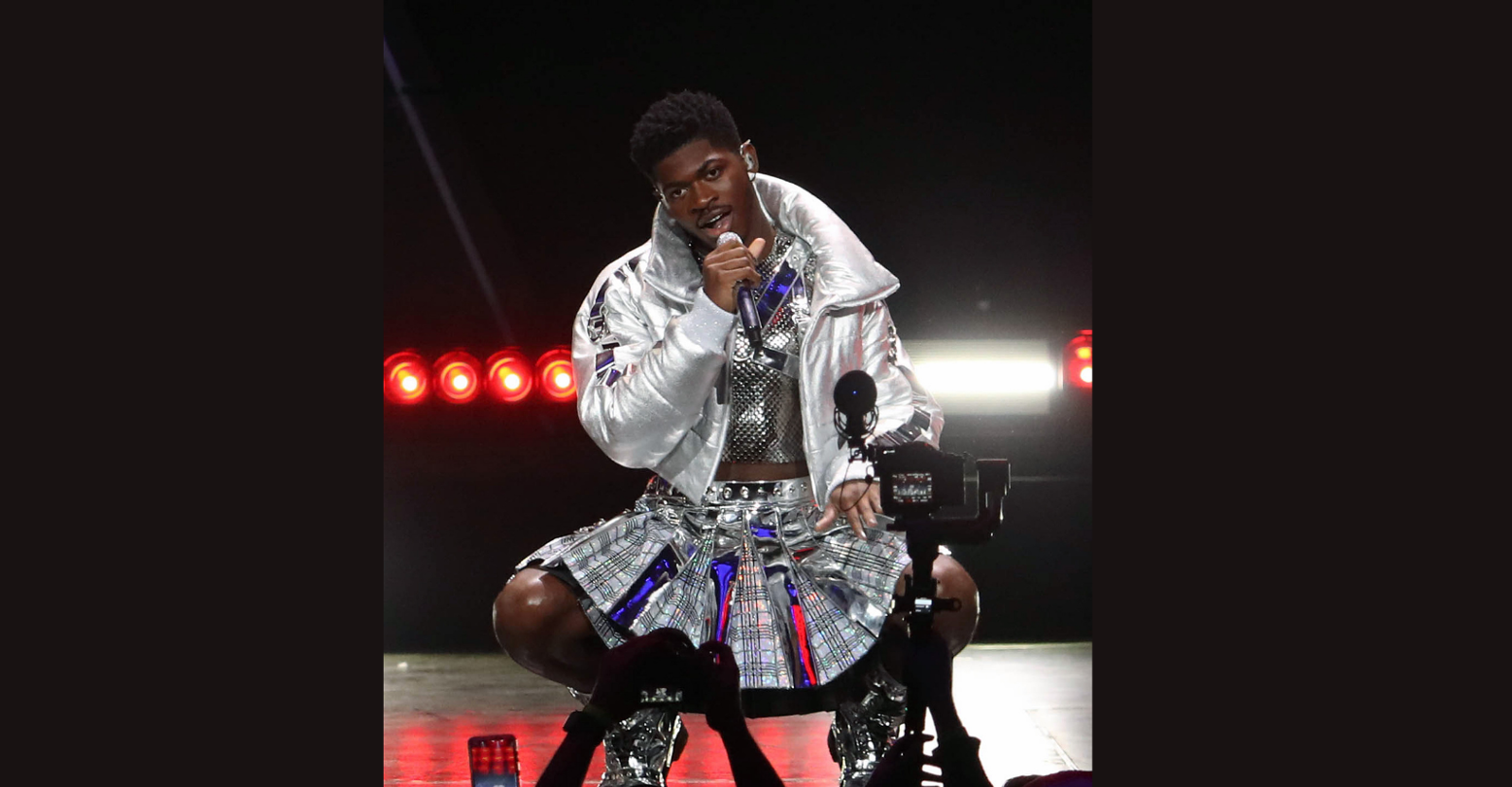 YEveryone can be a celebrity, but not just anyone can be a star. The glamour of old Hollywood would probably say that to achieve long-lasting acclaim, you must become a household name; a star with recognition that transcends generations. When everyone from grandma to teen to tween can understandably gossip with one another about you, you’ve “made it.”

After Lil Nas X’s “Old Town Road” sat atop the Billboard Hot 100 for almost five months, there was no doubt that the pop star was a cultural phenomenon. But following the release of his debut album Montero, Lil Nas X has claimed the kind of fame that grants him the iconic status of being a household name.

On the cover of every magazine and sought after by every reporter, Lil Nas X even found himself interviewed for his own CBS News Sunday Morning segment. Not an easy time slot to secure or fill, the pop star put himself on display for the wider audience of one of America’s longest-running and most beloved morning shows.

Aptly titled “The transformation of Lil Nas X,” the Sunday Morning segment covers the superstar’s transition from little-known rapper Montero Lamar Hill of Atlanta to the talented music icon we know and love. At the same time, Lil Nas X divulged to correspondent Tracy Smith about how he’s mastered the art of controversy.

The segment describes Lil Nas X as “a Gen Z master of self-promotion and provocation,” and the “Montero (Call Me By Your Name)” singer makes sure to live up to the title throughout the interview. Prompted by Smith, Lil Nas X assures the audience he purposely chose to come out as gay at the height of “Old Town Road’s” popularity.

“That would’ve been the most authentic time,” he explains. “It’s like, I’m not doing it for attention. I’m already like the number one artist in the world right now.” For Lil Nas X, timing seems to be everything; and given the music industry prior to his appearance, it’s safe to say his influx of queer content was delivered right on time – and purposely so.

When it comes to displaying his sexuality, Lil Nas X admits, “I feel like I’m definitely much more ‘out there’ with it.” That’s not to say he doesn’t know exactly what he is doing. It is through his overt displays of Black joy and unabashed queerness that Lil Nas X sets a new precedent for the nature of free expression in music. “It’s always been, ‘Okay, if you’re gay, this needs to be sanitized. Let’s not include anything sexual.’ It’s like, ‘Be gay without being gay. We don’t wanna know what happens behind closed doors, or we don’t want you to express that.'”

As he brings queer sex to the light of day, Lil Nas X confirms it’s all part of a larger plan; the larger plan being to do whatever the hell he wants. Specifically in regards to explicitly showcasing gay sex, he says: “I’m gonna do that if I want to. And I want every other artist to feel the same way.”

Lil Nas X has successfully stirred the pot many times before. The most noteworthy moments of which include the release of his limited edition Nike Satan Shoes – complete with a drop of blood in the sole. And of course we can’t forget when Lil Nas X gave a sultry lap dance to Satan in what is presumably the gayest hell ever.

True to the platform of CBS Sunday Morning, Smith outright asks Lil Nas X of his past controversies, “​​What are you trying to say?”

Lil Nas X takes the charmingly blunt question in stride, further proving how deliberate he is in his craft, “Well, you know the saying, you know, ‘Gay people go to Hell,’ or anybody in the LGBT community? So it’s like, ‘Okay, I’m goin’ to Hell.’ I went to Hell!” he replied. “And now people are like, ‘Oh my God, I can’t believe he did that!’ But wasn’t I going there anyway? Why are you upset about that?”

The most shocking fact the interview highlights is that Lil Nas X is only twenty-two years old. Considering Montero the album is merely a debut, there’s no telling where his talent will take him next. Literally, even Lil Nas X himself confirms he has no clue what is to come after such a steep upward trajectory – especially a career climb that consists of snagging 5 Grammy nominations.

Smith digs for an inside scoop, asking, “So, what is next?” To which Lil Nas X replies, “I have no idea but it’s going to be incredible.”