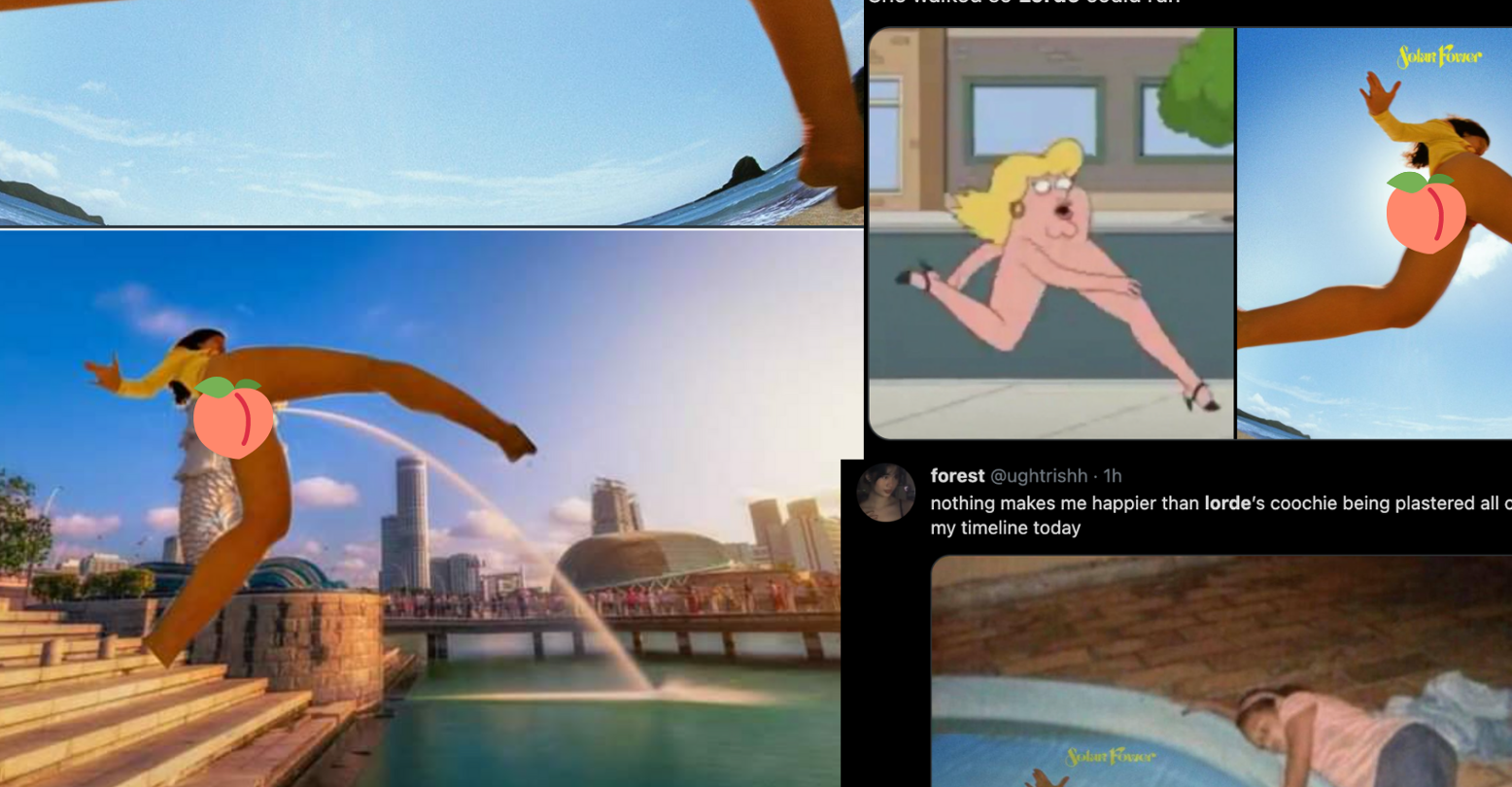 After years of silence, Lorde has risen once more. And she’s showing out in a serious way. So serious that it’s making the gays say, “Olivia WHO?”

Yesterday, the artist known as Lorde teased her forthcoming album “Solar Power.” It’s been four years since Lorde’s sophomore album Melodrama came out, and don’t the fans know it. No sonner was the album’s cover image released—a nude photo of the artist astride the camera, naturally– than the gays started acting up.

It’s true that Lorde showing ass is pretty much as post-pandemic Pride as it gets. But some of the gays are wondering, what does this mean for reigning pop Queen Olivia?

Others are simply ready to be hit with the ~experience~

Some are creating an entire story in their minds involving Lorde, Adele, Avril Lavigne and a special healing cave where successful artists go when they don’t want to deal with us:

avril lavigne and lorde making a comeback in 2021, the world is healing pic.twitter.com/NNeLxBE3hu

While many are simply having a chuckle:

“Lorde, its your turn bab!” pic.twitter.com/7E2syV5LZU

Lorde on the cover of solar power pic.twitter.com/eJSZdNnS5h

Others are wondering about the absolute gymnastics that must have gone into the making-of:

And some are already wondering how this will upset the pop hierarchy:

Most of us, however, are simply waiting and watching.

Patience is a virtue.