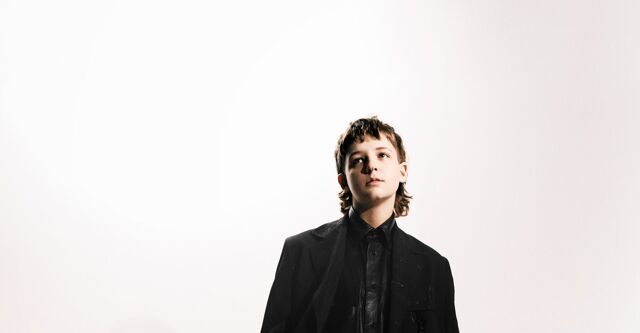 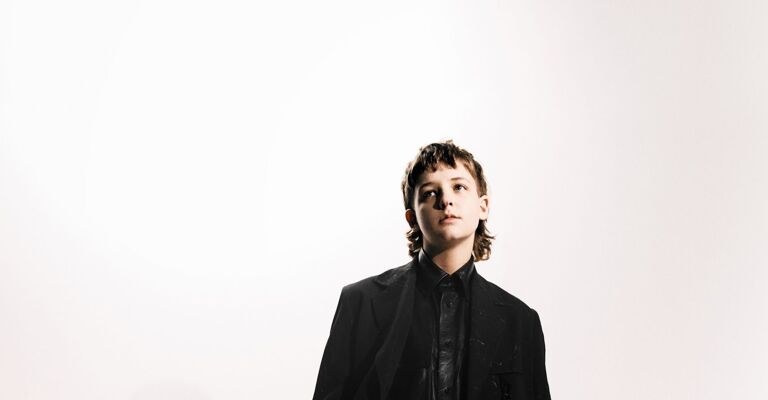 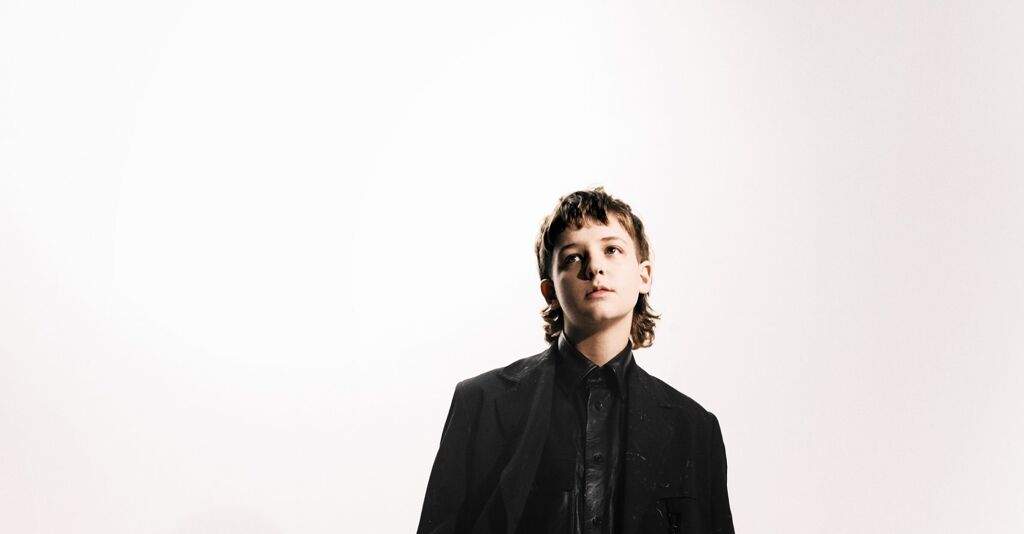 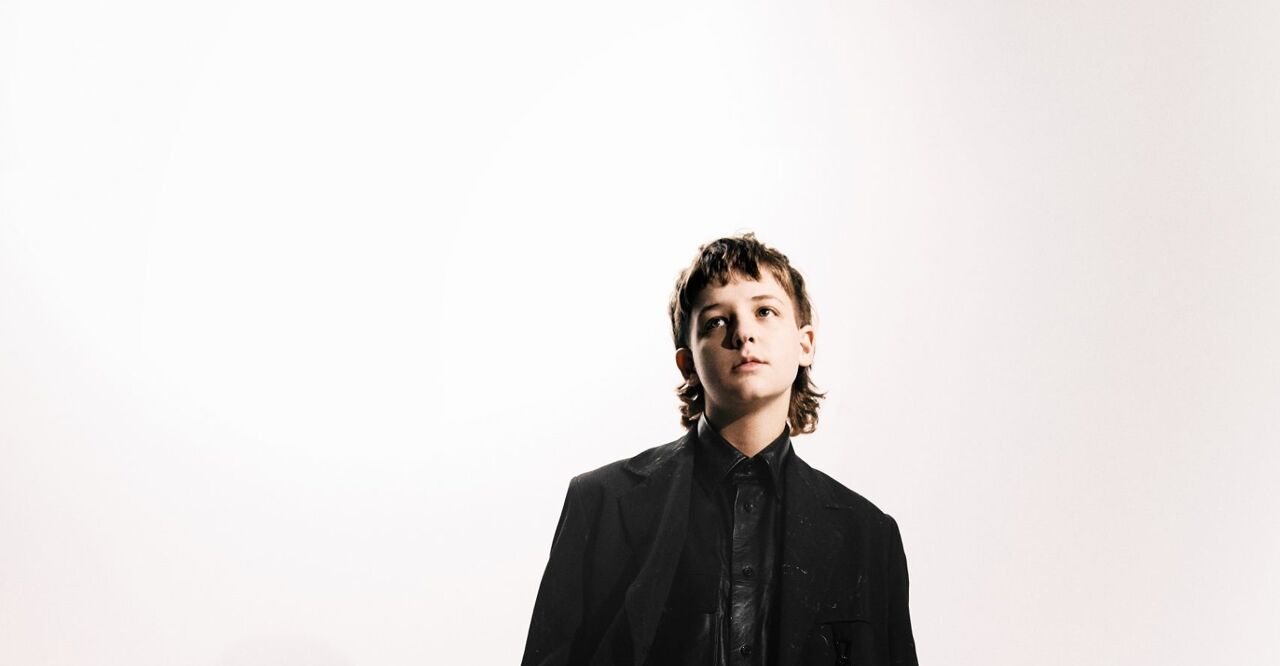 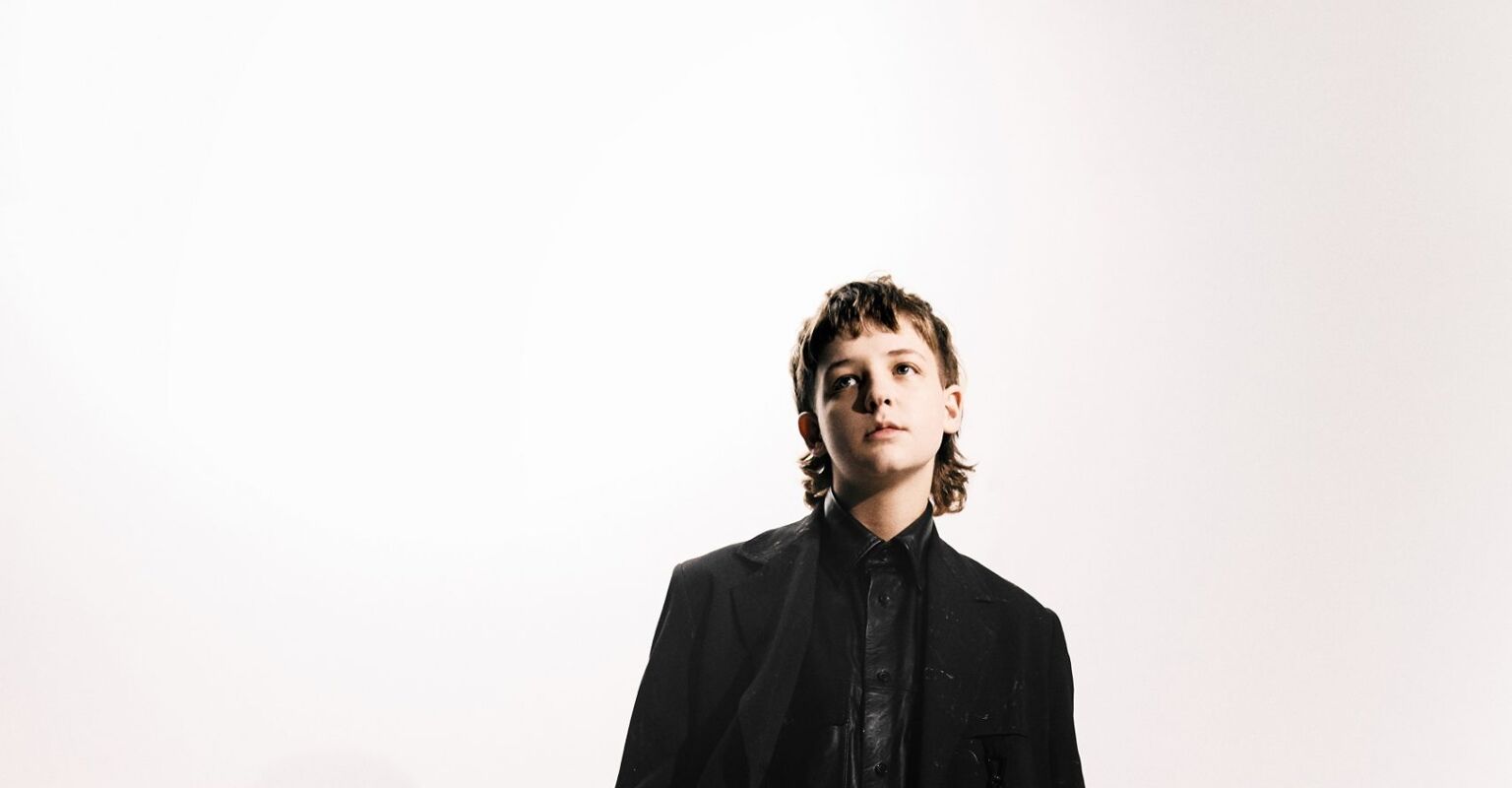 Upon first pressing play, a singular piano chord echoes before the listener is hit with Flowerkid’s moody, Australian vibrato, “I feel it hard, I feel the hurt, I said, It’s happening all over again, And I’ve got no control this time.” The 19-year-old trans teen begins his song singing the catchy, titular chorus, seemingly leading us in the familiar direction of a ballad.

Until his subsequent “Help me” fires off a speedy drumline track, instantly switching gears from slow and low airy tones to the full throttle, high energy of an angsty pop song.

It is with audible volatility that Flynn Sant—aka Flowerkid–introduces his latest hit. Within the same musical tumult, he introduces himself to us.

“This new single and what will follow soon afterwards, has been everything I have thought about for a very long time,” the musician tells INTO, “And this body of work is a feeling that has been bottled up inside me for all of my existence on this earth.”

The simple-yet-hypnotic piano chords that open It’s Happening Again can be followed all the way back to Sant’s primordial experiences with music on his aunt’s handed-down Yamaha keyboard. It was through tinkering on the electronic keys that Flowerkid taught himself to play, write, and produce the instrumental tracks he makes today.

An innate interest and curiosity corralled the young singer into a routine of performing alone in his room. Unrestrained, Flowerkid sang straight into his iPod with the Voice Memo App capturing his vocals. What separates Sant from the rest of us who avidly listen to recordings of our own singing voices is his ability to steer the focus away from how music sounds and crash headfirst into the way it feels.

Amidst the chaos of pure emotion, Flowerkid uses every aspect of production to actualize a clear route through which the listener can step into his real and deeply personal experiences.

Where some people tend to fixate on whether or not we sound “good” singing, Flowerkid elevates his craft beyond mere aesthetics. On It’s Happening Again he actively sings himself through an emotional experience and so, the song doesn’t aim to sound perfect or adhere to any labels. It is perfectly messy and vulnerable as the adolescent heart often is. Yet, amidst the chaos of pure emotion, the genreless artist utilizes every aspect of production, from lyrics to instrumentals, to actualize a clear route through which the listener can step into his real and deeply personal experiences.

Reminiscent of the countless nights spent alone in his room, It’s Happening Again strategically showcases the same expressionism and story-telling Flowerkid relied on instinctually just to self-soothe. His first ever recorded song, Late Night Therapy, was created purely out of the need to express himself. Looking back now, Flowerkid believes his first project released at sixteen, “was never intended to be anything big.” Simply put, the singer says, “It was just a vent.”

Although, the streaming successes of both the 2018 single Late Night Therapy and its same-year follow up track, boy with the winfields and the wild heart, suggests Flowerkid’s unfiltered vulnerability deftly coexists as the catalyst for his music to simultaneously tell his own unique stories and the stories of a struggling generation.

When his next single Miss Andry hit the music scene in 2020, Flowerkid was praised prestigiously for continuing to pursue his personal truth without regard to shame or fear. Through a deep exploration of his gender identity,  the musician finds a way to cope with hating the same masculinity he can’t help but envy as a trans teen boy confined by patriarchal society. It caused Billboard.com to proclaim,  “Paired with contorted synths and relentless drums, ‘miss andry’ paints a painfully clear picture.”

A record of successful singles sets Flowerkid’s trend of masterfully combining personal plights with cold, universal realities; but his latest release, It’s Happening Again, stands to be the capstone of a foundation Sant began building alone in his room years ago. As a single, it is the precedent to a much larger body of work set for future release. For Flowerkid’s top priority of self-expression, the dark depths of the song itself mark the descent necessary before beginning an upward trajectory toward recovery.

His latest release, It’s Happening Again, stands to be the capstone of the foundation Sant began building alone in his room years ago.

From his lowest point, Flowerkid peers up at his newfound audience and earnestly states, “My process of healing comes in three: It’s Happening Again is my first step. I need to confront the very conniving voices that circle throughout my head. They tell me I can’t say what I’m about to say. So I know what I have to do, and that’s to shout on the rooftops of every hardship I’ve ever had to climb.”

The accompanying video for It’s Happening Again makes Flowerkid’s intentions clear. As he thrashes about, singing in a speeding car driven by Michelle Keating, the singer allows us to view a time in which he was quite literally a passenger in his own life.

But the singer notes it was within that moment of surrender he found the direction he so desperately craved, “In the times of finding myself, I’ve had to lose myself first. And I’ve finally found that this loss of control was absolutely necessary.”

Flowerkid extends his own findings to his listeners, inviting each and every one of them to join him in his deliberate freefall to a new beginning,  “I want us to lose ourselves hand in hand, on this ethereal, spiritual, and timeless musical journey I created for us. Please listen and watch, as my internal and external struggles flourish into bloom.”♦