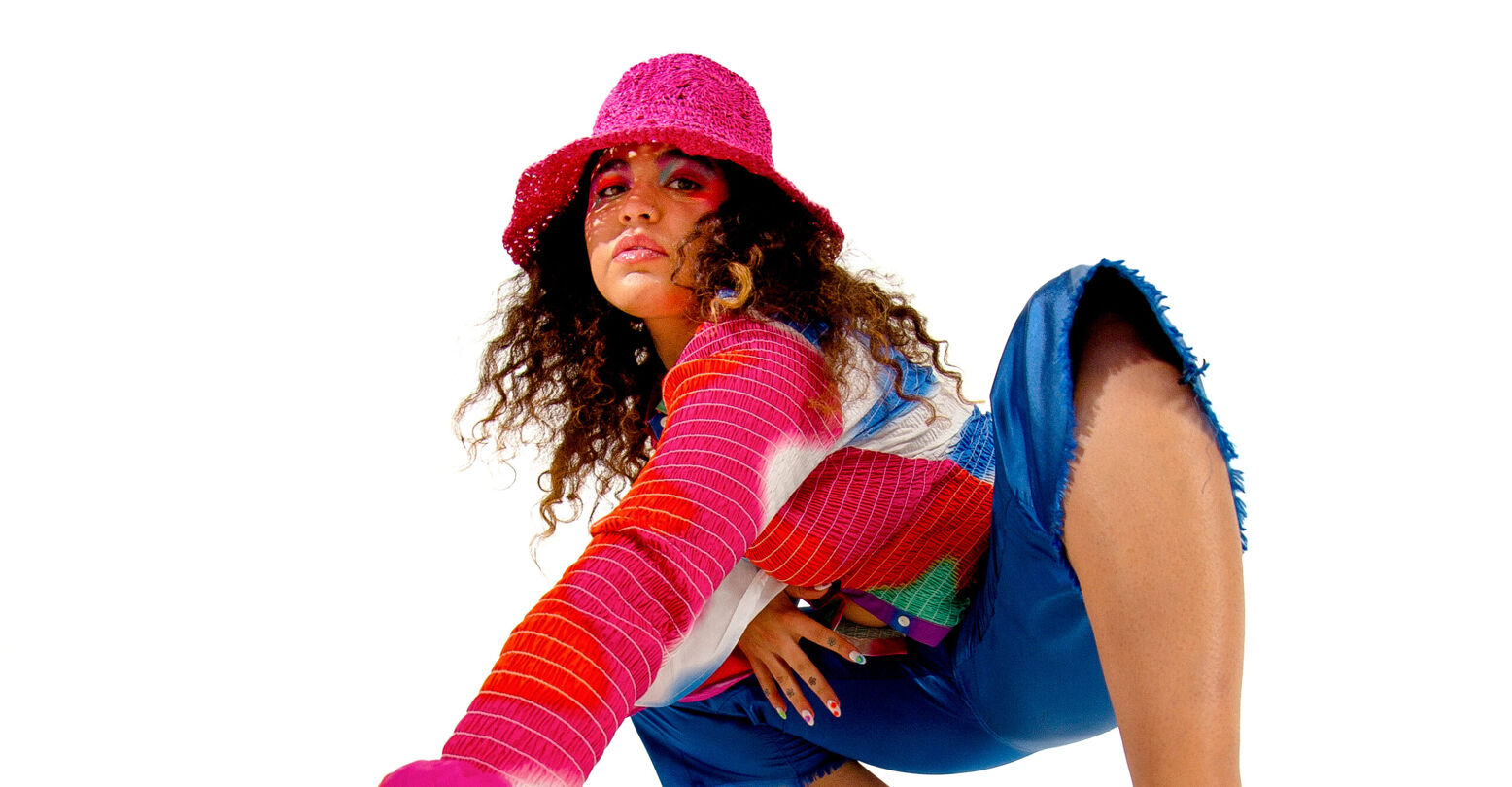 On stage, indie icon Remi Wolf is a force of nature. All loose limbs and swinging hips, she punctuates the beat with her body, bringing the funk of her uniquely eclectic sound to life. From the crowd, it’s easy to forget that Remi Wolf leads a full existence beyond her infectiously upbeat music and theatrical onstage antics.

Finding herself somewhere between the embellished and the outlandish, the 26-year-old lands on a lyrical candor that subtly points towards the workings of her inner life. On the first birthday of her single “Liquor Store”—off of her debut album Juno—Remi Wolf dropped a series of thoughtful tweets, elaborating on the way in which the song lyrics relate to her actual experiences with alcohol addiction and sobriety.

With rugged guitar riffs and crashes of percussion,  “Liquor Store” takes on the frantic instability of self-control under addiction. Using her affinity for metaphors with references like “walking a tightrope,” and “marbles on the brink of / spilling,”  Wolf builds up to a mental breakdown delivered in the form of the chorus.

Belting from her chest, she sings, “Liquor store ’cause I want more / Carnivore eating my heart out / Liquor store / ‘Cause I always want more walking into the liquor store.”

Unbeknownst to her fans until now, the inception of “Liquor Store,” began long before the infectious rhythm was even dreamt up. Remi Wolf’s note-turned-Twitter-thread reveals the truth behind the reality that she faced back in 2020 when her song “Photo ID” – and consequently her career, turned viral overnight at the height of the COVID-19 pandemic. “As all of this was going on, I was un-shockingly confused and overwhelmed. I was also drinking a lot and had been drinking a lot for a long while. But there was something about being alone in my house with nothing but time and my brain that made me question, well, kinda everything.”

By an effort Wolf deemed a “grand Hail Mary,”  the rising star checked herself into rehab. Four months later, she returned to Los Angeles, sober and ready to record her debut record Juno. At this moment, the primordial workings of “Liquor Store” began to bubble. “Liquor Store was the first song I wrote back in Los Angeles,” she offers, before hitting the crux of the experience. “It was written mid-mental breakdown.”

“There’s something about being 4 months sober where everything starts to get really really real. Too real,” she shared. “It was like all the shit I had been ignoring for years now was following me around in plain sight, instead of watching me from behind a dumpster.”

In hysterics over her newfound reality, Wolf called fellow musician Jared “Solomonophobic” Solomon and clung desperately to what she knew: her tried and true method of making music.

“I freestyled the chorus about thirty seconds after walking through the door,” the singer recalled. In a matter of four hours at Solomon’s, “Liquor Store” was complete; “It was so real, overflowing with energy and feeling,” Wolf said of the intensely impassioned albeit painful session.

It was not until Wolf finished the song that she realized the creative process behind “Liquor Store” unknowingly served a dual purpose. “After we finished, my hurt had eased a bit,” she wrote. “I emerged out the other end feeling good and accomplished.”

As if fed through a funnel, the mania that accompanied the first days of her sobriety was viscerally drawn from her body and channeled into “Liquor Store.” Post-rehab and in the heat of the moment, Wolf was seemingly lost; but rather than go backwards into the familiar, she blindly stumbled forward into the unknown and discovered the point at which healing and creation coincide. “It was that day I really started to understand on a deep level the healing power that making music has on me and how much I need it,” she concluded.

To merge creating with healing requires an understanding that neither process is instantaneous. While Wolf is certainly lighter than before, she stays true to the tumultuous experience of sobriety as a voyage, and not a destination, admitting that: “addiction and sobriety have become a large part of what I think about on a daily basis.”

Shedding her shame, the superstar makes a point to share a sentiment that helps her stay the course. Because “just like life, sobriety is a winding, dirty, non-linear journey.” ♦