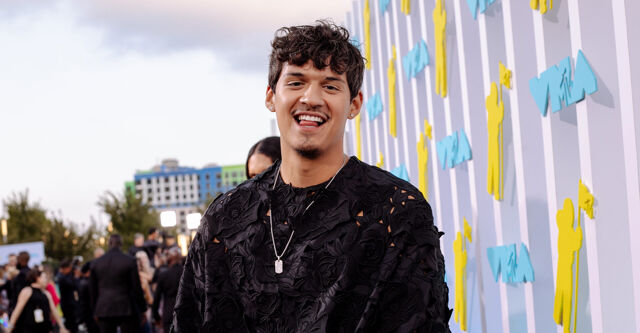 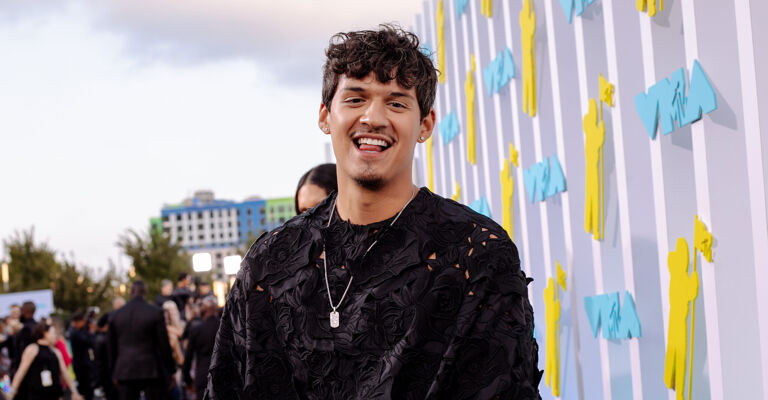 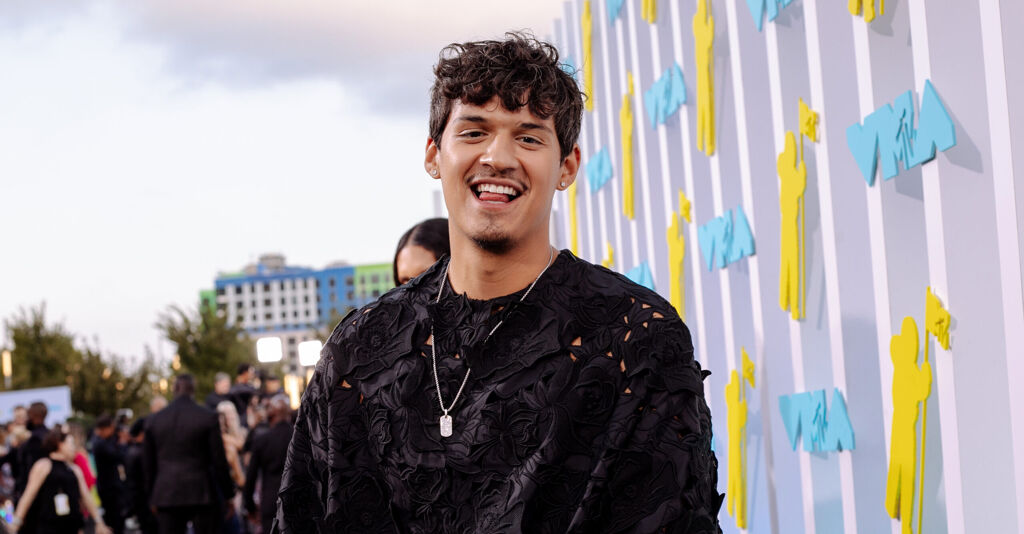 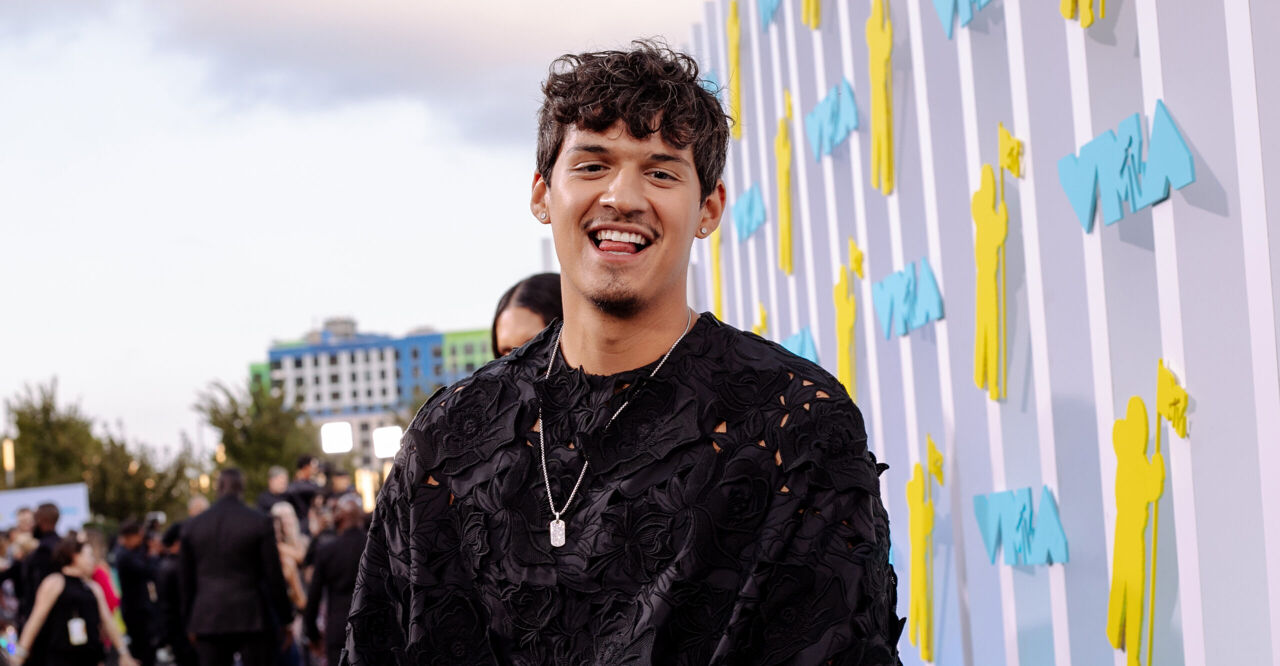 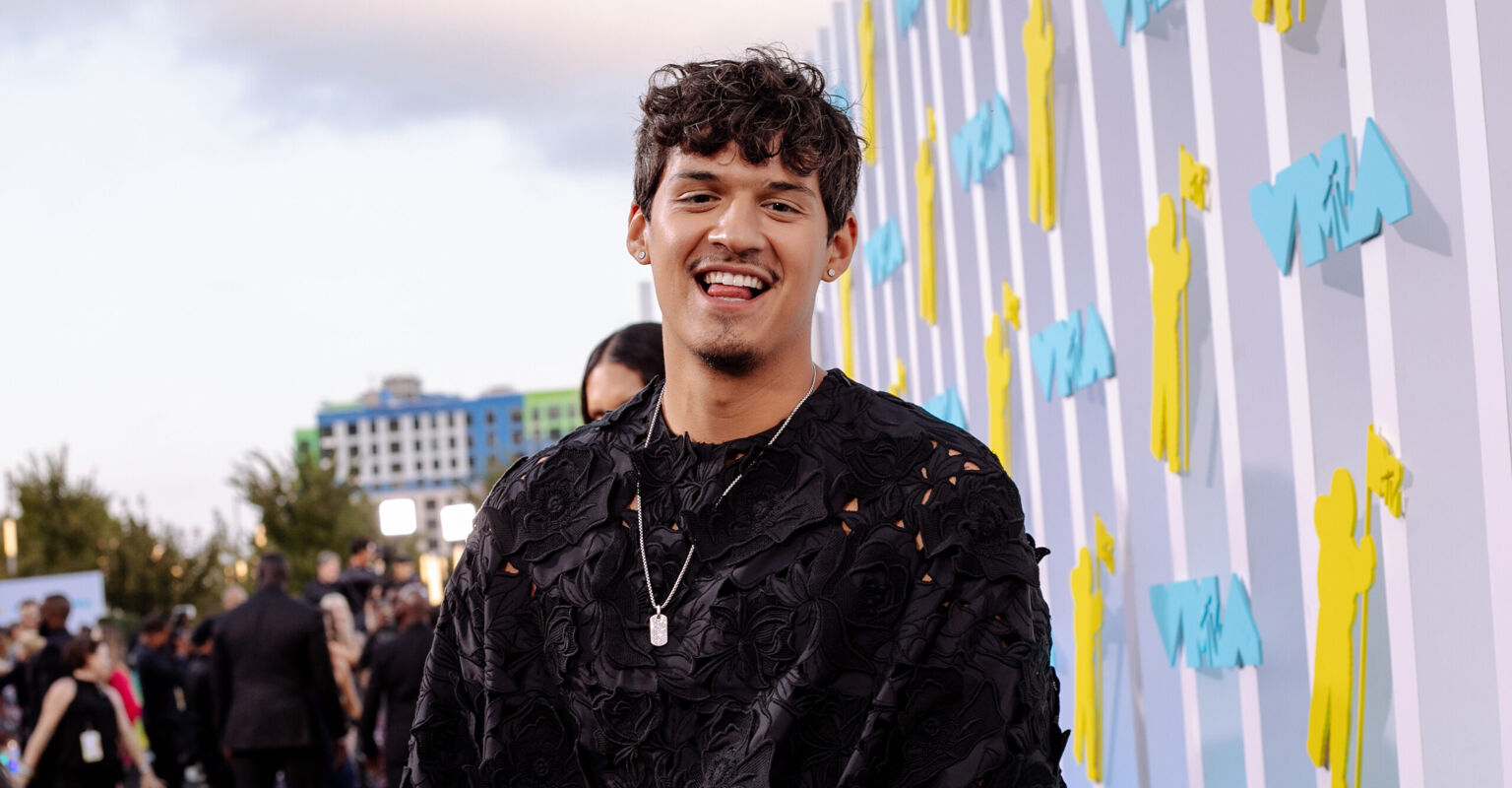 This is Omar Apolonio Velasco.

But you probably know him by his stage name, Omar Apollo.

This heavenly crooner stepped onto the scene singing in both English and Spanish about love and all of its complexities. At 25 years old, Apollo has created several EPs, released his first album (Ivory) that debuted at number one on Billboard’s U.S. Heatseekers Albums chart, gave a stellar NPR Tiny Desk performance, had a spot at Coachella, and received multiple award nominations, including a Best New Artist Grammy nomination for this year.

Oh, and his sixth single “Evergreen” went viral all over TikTok.

Keep your tissues handy with this one. It’s a tearjerker, much like most of his music. Think of his sound as a cross between John Mayer and Frank Ocean, sprinkled with a bit of Mexican and Gen Z cultural influences.

And as a Brown, queer man in music, he’s disrupting the music industry with his sound and his presence. Yes, that’s right. Apollo is queer, but some folks don’t seem to recognize that. I mean, if you listen to many of the tracks from Ivory, like “No Good Reason”, “Waiting on You”, “Killing Me”, and, of course, “Evergreen”, you’ll hear his interest in and desire for men.

Well, @purposeflaming tweeted out their concerns with Apollo potentially queerbaiting. “is omar apollo another queerbaiting singer? like those type “i don’t label myself let me wear cropped and paint my nails and i say i find another guy hot” cuz i like his song but i don’t like supporting straight men doing queerbating.”

is omar apollo another queerbaiting singer? like those type "i don't label myself let me wear cropped and paint my nails and i say i find another guy hot" cuz i like his song but i don't like supporting straight men doing queerbating.

Well, Mr. Apollo had a few words to say about that. Apollo tweeted back “no i b sucking dick fr”.

no i b sucking dick fr https://t.co/quomgO6QUg

And just to confirm, he followed up with “from the back”.

Well, that’s been taken care of. Take away your doubts. Apollo has been very open about his queerness within his music and while a bit more reserved about his sexuality within interviews, he still makes it known where he stands.

“I’ve heard [homophobic] shit in my home town for sure,” Apollo said for The Guardian. “Growing up people called me slurs. But on the internet people are very open. I’ve never seen anything bad about the gay love songs.”

But he also, like many queer Gen Z people, doesn’t feel the need to label himself.

“This generation of queer kids don’t want to label themselves,” Apollo stated for Variety, “and I think that that’s the coolest thing… There’s no need for labels… Queer is, I feel, a good label, if we’re gonna label it.”

Rumor has it that Apollo was romantically linked to Ocean, with super sleuths connecting the dots through photos that the two had shared.

Additionally, Fran Tirado, co-host of Like a Virgin, told a story on their podcast about the two artists dating for up to three years.

“So, when I was driving late at night back from a Coachella party, I was driving home [with] two friends of friends that are from Mexico and they work in the music industry,” they said. “One of them was friends with Omar Apollo, so we were talking about this new album.

“And I was saying, ‘It feels really Frank Ocean-y to me.’ Half of it is very acoustic-y, kind of. Like John Mayer-ish, like, ‘feel good’ vibes. And then some of it gets a little Latin music. And then the rest sounds like Frank Ocean. And I was like, ‘Well, it sounds a lot like Frank Ocean.’ And the guy looks at me and he goes, ‘You know they used to date, right?’ They dated for three years and they broke up and this album, Ivory, is all about Frank.”

And while they may or may not be back in each other’s orbit, what can be confirmed is that Apollo is as queer as the sky is blue.