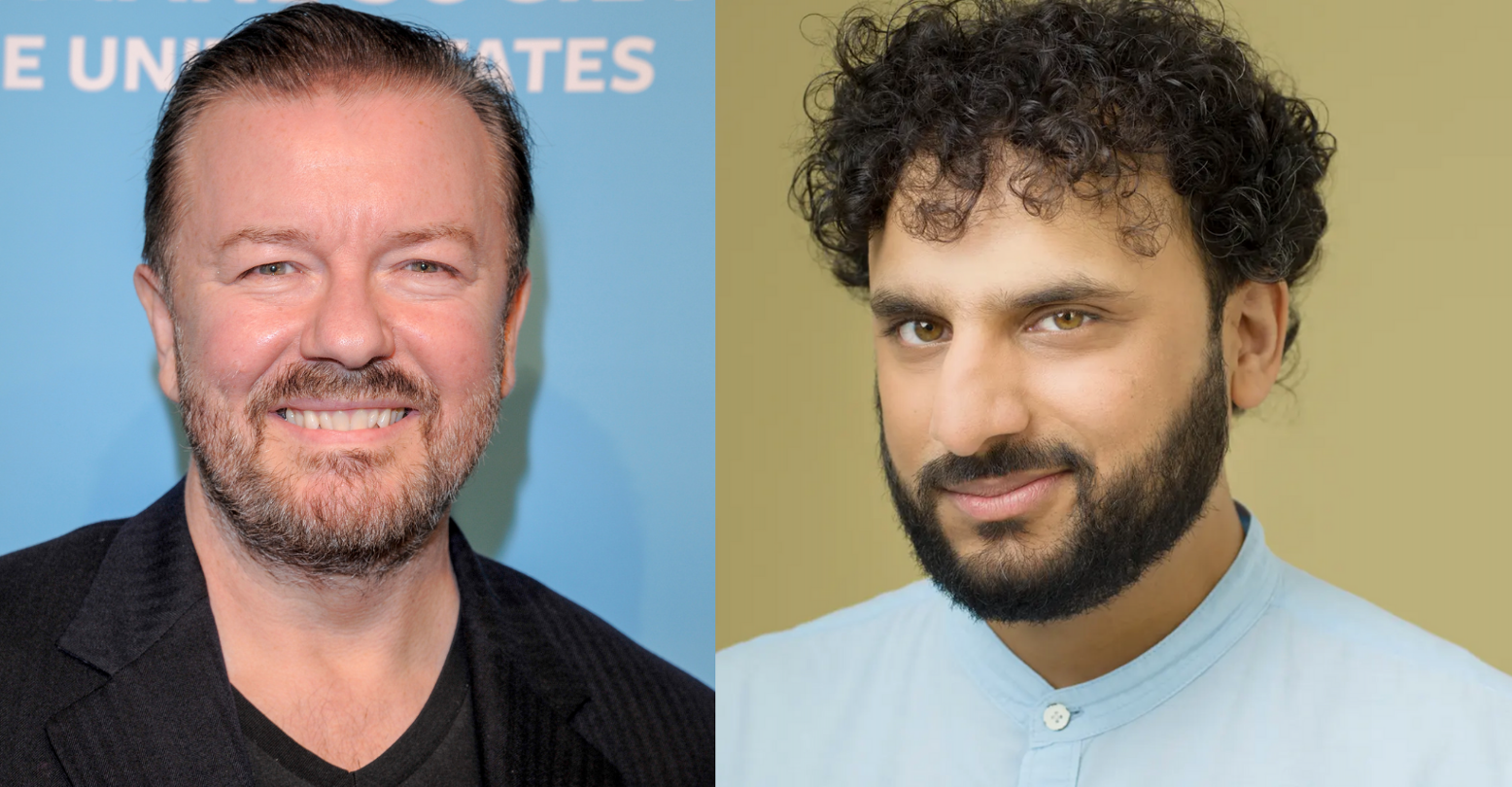 Remember when Ricky Gervais was good?

I don’t blame you if you don’t–it was, admittedly, a really long time ago. In fact, most millennials probably don’t remember a time when Ricky Gervais was a culturally relevant force. Which is kind of great, because if you’ve been checking in on what the original “The Office” creator is up to, you probably won’t be thrilled about it.

Gervais has a long history of making transphobic jokes, deadnaming people, and talking about how if it’s okay to identify as a different gender than the one you were assigned, it’s equivalent to a human identifying as a train or some stupid shit like that.

Thankfully, other comedians have come forward to denounce Gervais and his lazy, transphobic jokes. The latest hero to emerge? British comedian comic Nish Kumar, who, in a resurfaced video from his 2019 tour “It’s in Your Nature to Destroy Yourselves,” broke down just how transphobic Gervais’ 2018 Netflix special “Humanity” really is.

nish kumar calling out ricky gervais for being transphobic for the tl pic.twitter.com/funyjWUnp7

“In my experience,” Kumar explains, “trans people aren’t deliberately mysterious when you ask them about pronouns.” He points out that the hysteria around pronouns, different types of gender identity, and trans folks being visible in the media comes from one thing and one thing alone: transphobia, plain and simple. And Gervais, for a long time now, has made sure to side with the transphobic assumptions of his cis audience members rather than leave trans folks alone as a target.

Kumar went even further, explaining why the notion of “letting men into women’s restrooms” is patently ludicrous. “Trans people are overwhelmingly the victims of sex crimes,” Kumar explains. “Do you honestly think if there’s someone out there, regardless of their gender identity, who wants to commit this crime, they’re going to be stopped by a sign on a  door?”

So far, we’re not seeing the lie.

“What [Gervais] is doing is not edgy or interesting,” Kumar goes on to say. “All [he is] is just the same as every other rich white dude comedian who gets too successful, runs out of ideas, and so just shits on the latest minority group. In the 1970s that was my fucking family, it’s Black and minority ethnic people, in the 80s it was gay people. Trans people are just the latest to get it in the neck from comedians who can’t be bothered to try at their jobs anymore. I cannot stand there and watch another dogs**t comedian go, ‘Oooh if a woman can identify as a man, maybe I’ll identify as a chair’ – why don’t you identify as a good comedian you hack motherf**kers!”

Honestly, Kumar brought it. It’s 2021, and this kind of behavior has been disgusting for decades. Gervais has no excuse, and it’s heartening to see other comedians come forward to say so out loud. This is what true allyship looks like.