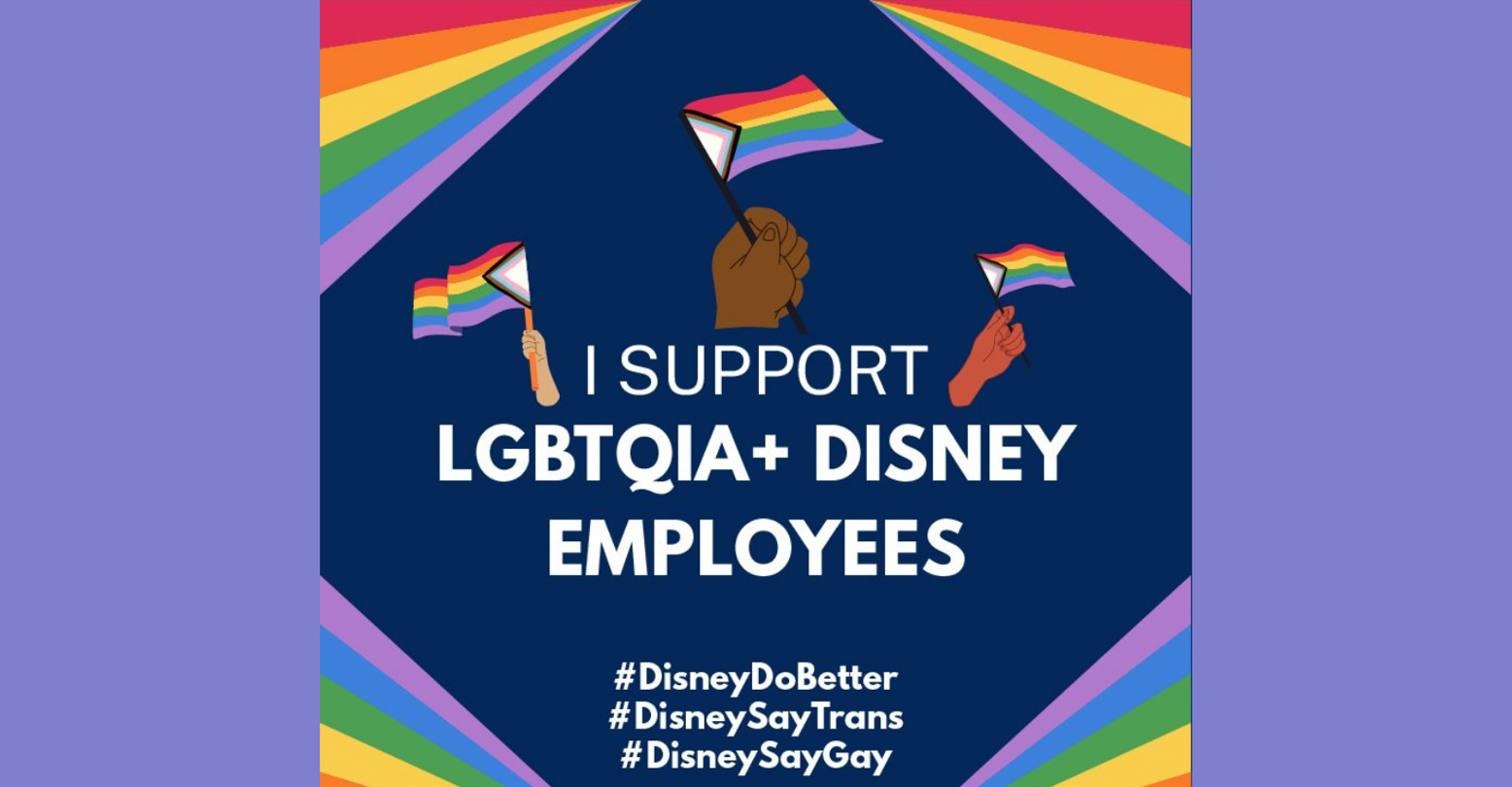 Yesterday, Disney employees walked out en masse to protest the company’s funding and support of Florida’s “Don’t Say Gay” bill. Protestors flooded the company’s animation headquarters in Burbank, taking to the streets and getting loud in order to be heard.

Hundreds of Disney employees walking out at company HQ in Burbank #DisneyWalkout pic.twitter.com/n9QpNmAHIf

What a day so far! Thank you all so much for the resounding support. It means the world to us.

me & my entire Disney subsidiary writers room are walking out today. Half of us are LBGTQ+. All are not happy Disney gave $300K to supporters of the “Don’t Say Gay” bill & are now forcing 1000s of employees to relocate to a state that doesn’t protect them/their kids #DisneySayGay pic.twitter.com/Y0hrBfy9Tt

The walkout had its detractors, of course. But they were all dumb!

that classic conservative scare tactic that’s been around forever, it’s so tired 🥱

To all the LGBT employees at Disney who are participating in the walkout against LGBT discrimination, you have my full love and support and I’m standing with you to make sure that you all get the safety and respect you deserve.#DisneyDoBetter #DisneySayGay #DisneySayTrans pic.twitter.com/THTOK90F5e

With the Disney walkout participants. people gathered outside the Disney Animation Building in Burbank to protest the company’s handling of the Florida bill. They’re walking around the lot perimeter now pic.twitter.com/rfzonRdJtf

Hundreds of Disney employees stage a walkout today in protest of the Don’t Say Gay Bill.

Walkout organizers defined the turnout and response as an “act of magic.”

We would like to address the statements you will be seeing from some Disney corporate accounts.

We support these messages. They were tirelessly advocated for by our own LGBTQIA+ co-workers to show support today.

It’s an act of magic and is a true marker of how far we’ve pushed https://t.co/CyXskTb4LX

“The Great North” co-creator Wendy Molyneux spoke out as well, posting an image of boyfriends Ham and Crispin in support.

Disney needs to do better for LGBTQ+ people within the company and without and I know they can! So much of what the company is has been built by the community! I am a dipshit who’s on spring break with her kids and didn’t know about the walk out but please consider my ass walked! pic.twitter.com/jiQgdmYjy9

I’m sending support to my fellow artists at the Disney Walkout!

No company that SAYS they’re helping- should be censoring stories + funding harm to your community.

The pressure here is for Disney to permanently pull funding from supporters of this bill.

Let’s hope Disney hears the voices of their trans and queer employees and does the right thing.